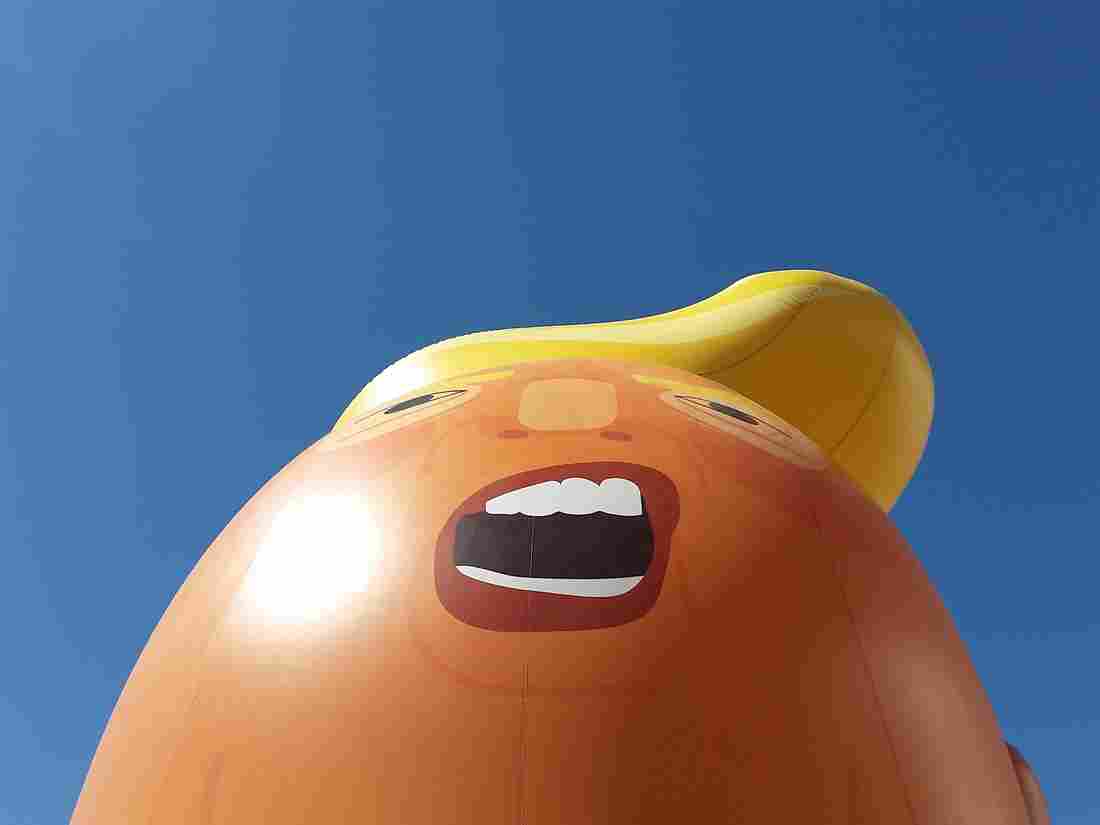 "The only way you can make any kind of impact with Donald Trump is to mock him," says one of the organizers behind the "Let Trump Baby Fly" petition. Courtesy of Max Wakefield hide caption 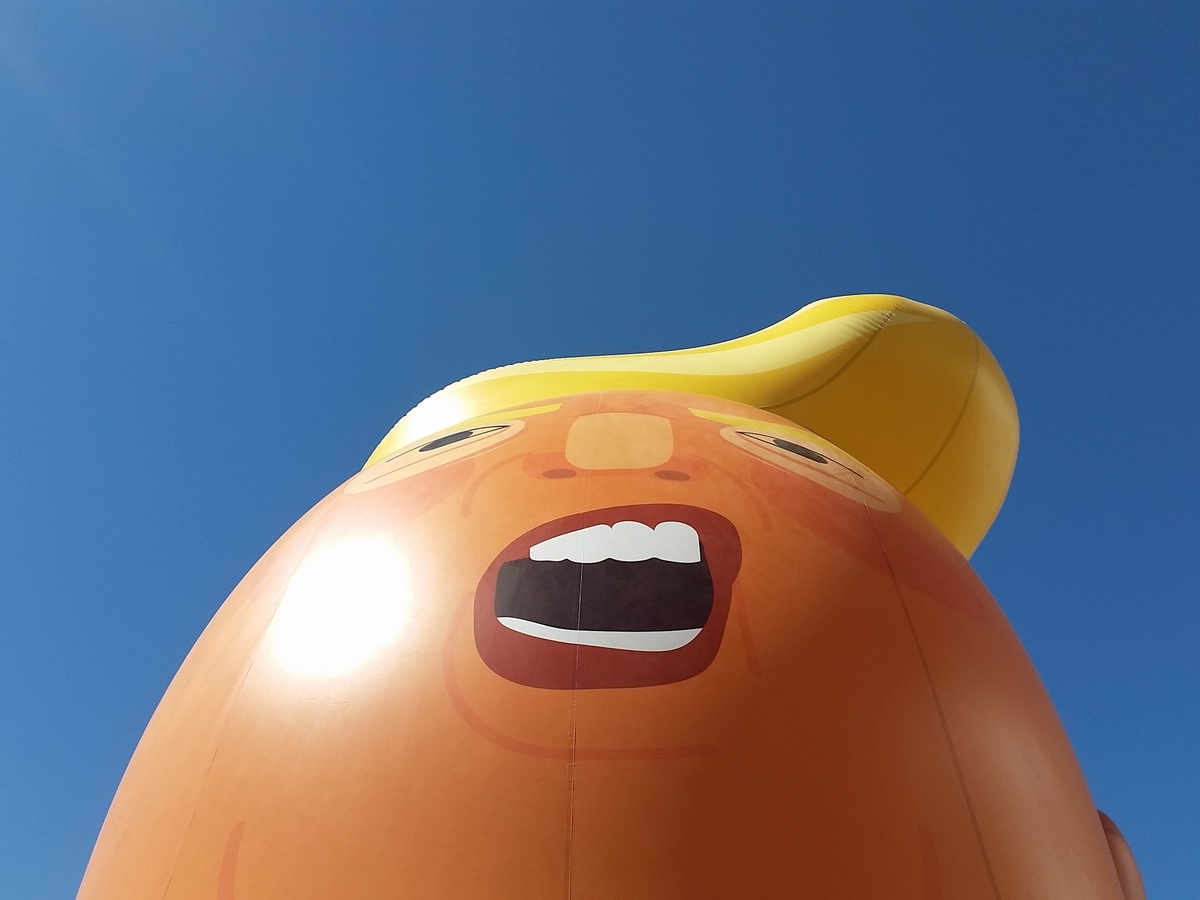 "The only way you can make any kind of impact with Donald Trump is to mock him," says one of the organizers behind the "Let Trump Baby Fly" petition.

The "Trump Baby" blimp is nearly 20 feet tall, wearing nothing but a diaper and a grimace. A tuft of yellow hair tops his orange head. He is armed with a cellphone, ready to tweet.

HUGE news coming in: DONALD J TRUMP BABY WILL FLY! @SadiqKhan tried to play hard ball - in the end he had to make a Deal. No surprise - he's never won anything in his life! Sad - but True! London here I come! https://t.co/j3KCPimHI2 pic.twitter.com/oc2VKWKSN1

And now he is nearly ready to fly over Parliament in London.

Mayor Sadiq Khan's Greater London Authority has given activists permission to launch the bouncing behemoth from Parliament Square Garden on July 12, when President Trump is set to arrive in London for a three and a half day visit to the U.K.

"The Mayor supports the right to peaceful protest and understands that this can take many different forms. ... However the organisers will also need to receive the necessary approvals from the Metropolitan Police and national air traffic service in order for it to fly," a spokesperson for Khan tells NPR.

The blimp, which will be tethered to the ground, will be allowed to fly for two hours at a maximum height of about 100 feet, says organizer Leo Murray, who conceived of the idea of a Trump Baby blimp.

"They just said, it's not going to work, and that's the end of it," Wakefield says. But for the activists behind the blimp, that wasn't the end of it at all.

They launched an online petition to "Let Trump Baby Fly," garnering thousands of signatures and a fair amount of media attention.

Wakefield says, "Quite quickly after we managed to get some media interest, it didn't take very long for this to blow up — excuse the pun."

Organizers say they are still getting all the requisite approvals to fly the blimp. But in some ways, Wakefield says, they've already accomplished the goal of getting out their message.

"Behind all of the humor and the creativity is a really serious message for us," Wakefield says. "This isn't just about Trump, this is about the rise of far-right politics that dehumanizes people in order to get into power." He mentioned the detention of immigrant children in the U.S. and Trump's decision to pull out of the Paris climate agreement as among the reasons for the protest.

As for the method, Wakefield says: "The only way that you can make any impact with Donald Trump is to mock him, because you can't engage him in any kind of argument — it never gets anywhere."

"This is an attempt to introduce some good British humor into the political discourse surrounding Trump's visit," he says.

As NPR's Laurel Wamsley reported last year, "In January, Prime Minister Theresa May invited Trump for a state visit — an invitation that drew immediate criticism. A petition to prevent Trump from making an official state visit "because it would cause embarrassment to Her Majesty the Queen" drew nearly 2 million signatures and received parlimentary debate in February.

Khan has also been critical of a Trump visit, tweeting last fall that "it's increasingly clear that any official visit from President Trump to Britain would not be welcomed."

The July 13 airborne protest will coincide with a more traditional one on the ground: a "Stop Trump" march through central London.