Accessibility links
Trump Aims Tariffs At Chinese Companies, But Other Firms Will Also Feel The Pain A new round of tariffs began Friday. The cost of the levies is likely to ripple through the complex global supply chains that make up much of the trade between the U.S. and China. 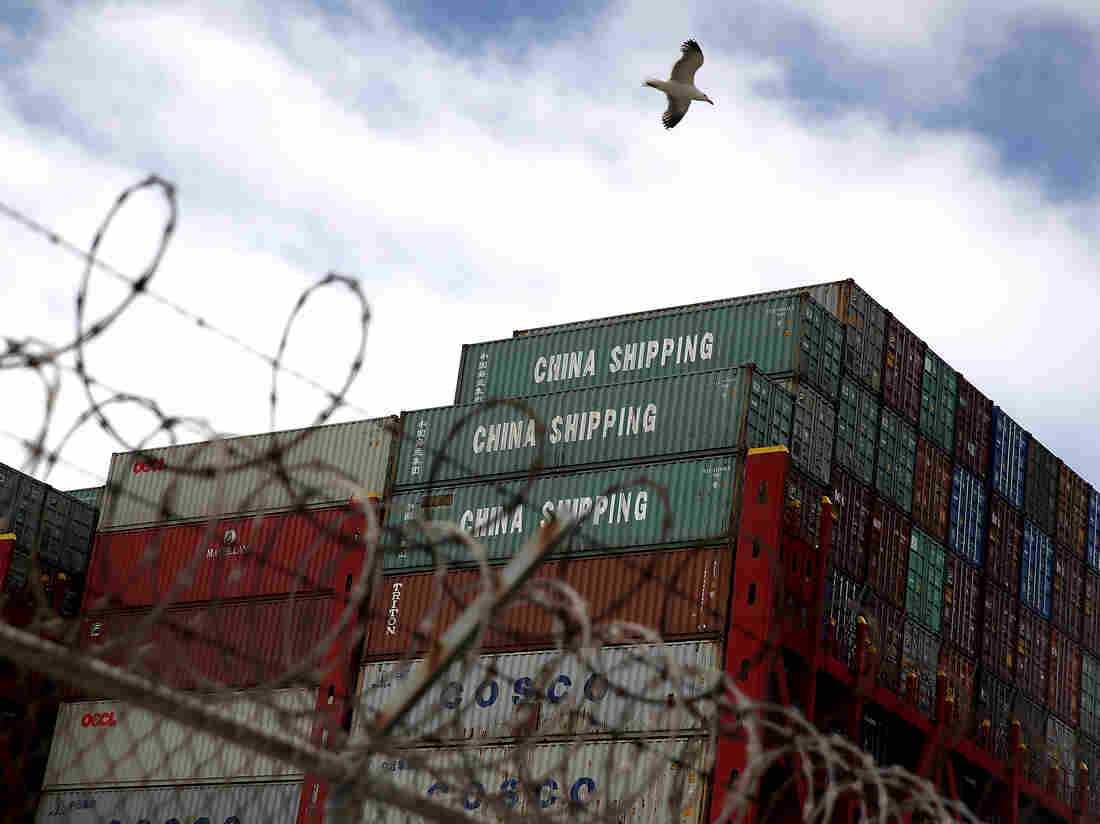 Shipping containers sit on a Hong Kong-based container ship at the Port of Oakland in California last month. The cost of the tariffs is likely to ripple through the global supply chains that make up much of the trade between the U.S. and China. Justin Sullivan/Getty Images hide caption 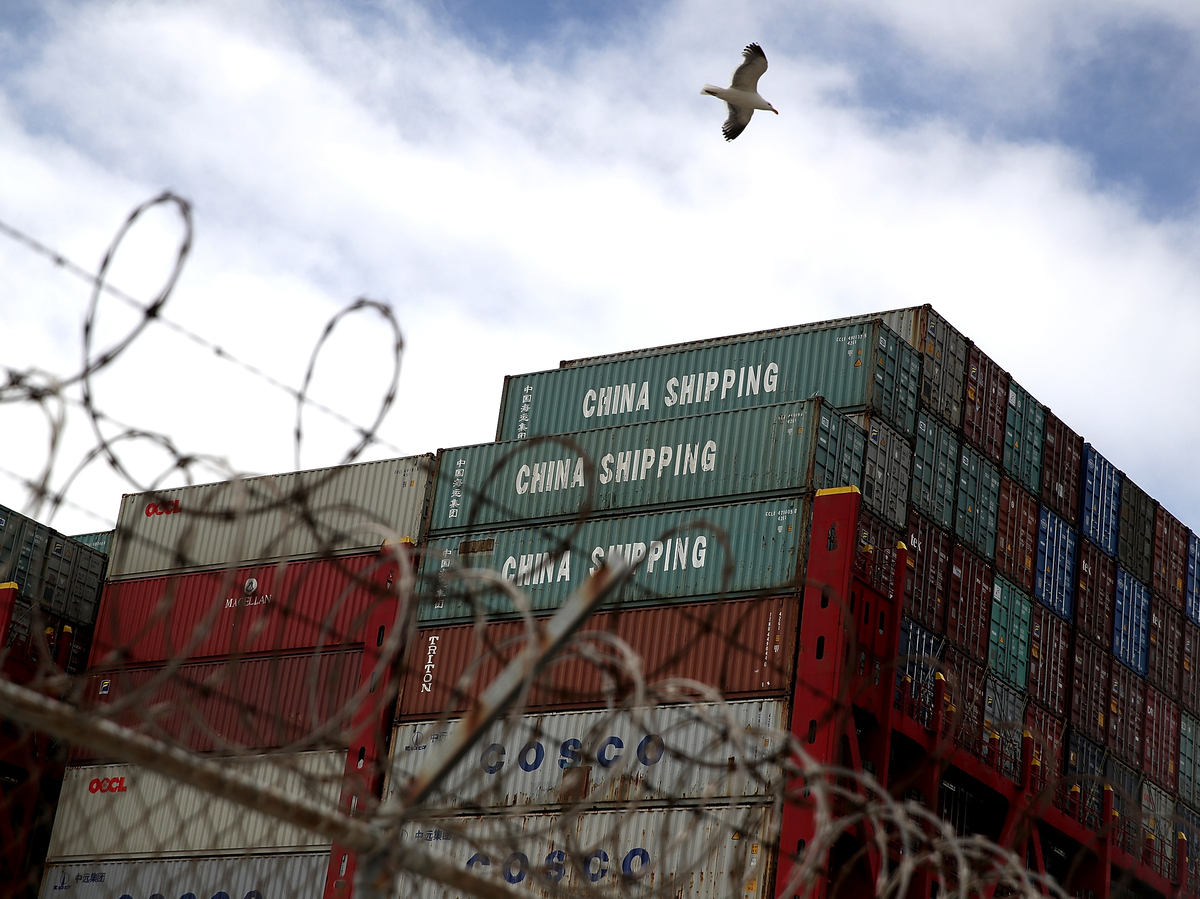 Shipping containers sit on a Hong Kong-based container ship at the Port of Oakland in California last month. The cost of the tariffs is likely to ripple through the global supply chains that make up much of the trade between the U.S. and China.

In imposing tariffs on $34 billion worth of Chinese imports that took effect Friday, the Trump administration says it is hoping to strike a blow against long-standing abusive trade practices by the Beijing government.

But for now, the blows are threatening to land hardest on non-Chinese companies like New Jersey-based Snow Joe/Sun Joe.

The company, which sells some 700 home and garden products, is expected to face tariffs on the tillers and cultivators it makes in China and imports into the U.S., says CEO Joseph Cohen. The cost to the company is likely to be significant, he says.

"We're going to do everything in our power to maintain our cost to our retailers, and ultimately the retail price," Cohen says.

"But 25 percent's a really big number," he says, referring to the amount of the tariff. "Sooner or later unfortunately the price will ultimately go up and consumers will pay more for it."

The company's plight illustrates one of the unintended consequences of the tariff war now brewing between the United States and its trading partners: Most of the companies that will feel the tariffs' impact are not Chinese but foreign firms that do part of their manufacturing in China, says Mary Lovely, an economics professor at Syracuse University and nonresident senior fellow at the Peterson Institute for International Economics.

A lot of manufacturing these days relies on vast, interconnected supply chains that may cross borders several times, Lovely says.

For example, the United States manufactures elevators using some low-tech parts that are made in China, which are then brought back into the U.S. for final assembly and sold all over the world, she says.

Much of the public knows about the vast number of consumer goods now imported from China into the U.S., such as televisions and clothing, Lovely says. But, she notes, "60 percent of all the trade between the U.S. and China actually takes place through these multinational supply chains."

For a while at least, the cost of the tariffs will be hidden inside these supply chains. But consumers will eventually feel their impact through price increases.

Take Mabuchi Motor, a Japanese company that sells small motors used in auto, medical and consumer products. Its products are decidedly low-tech, such as motors that roll down car windows.

Mabuchi makes these motors in China and then sells them to automakers and medical-device companies in the U.S. and elsewhere.

'Canadians Are Livid' About Trump And Are Hitting Back By Boycotting U.S. Goods

Now, Mabuchi is facing steep tariffs on the parts it imports into the United States from China, says Anne Hoef, treasurer of Mabuchi's Michigan-based distribution arm.

While the company could avoid the tariffs by relocating its manufacturing facilities outside China, doing so would take years, Hoef says. "That's just not practical right now."

So for now it will have no choice but to pass on part of the extra cost to its customers — the automakers and medical-device makers that buy its motors.

"And they're going to simply pass that cost on to their customers, which in many cases is the U.S. consumer," Hoef says. "This isn't going to hurt China. This is going to hurt us."