Accessibility links
President Trump Campaigns In Montana But Democratic Senator May Be Hard To Beat President Trump held a campaign rally Thursday in Montana — a state he won by 20 points — along with GOP Senate candidate Matt Rosendale. 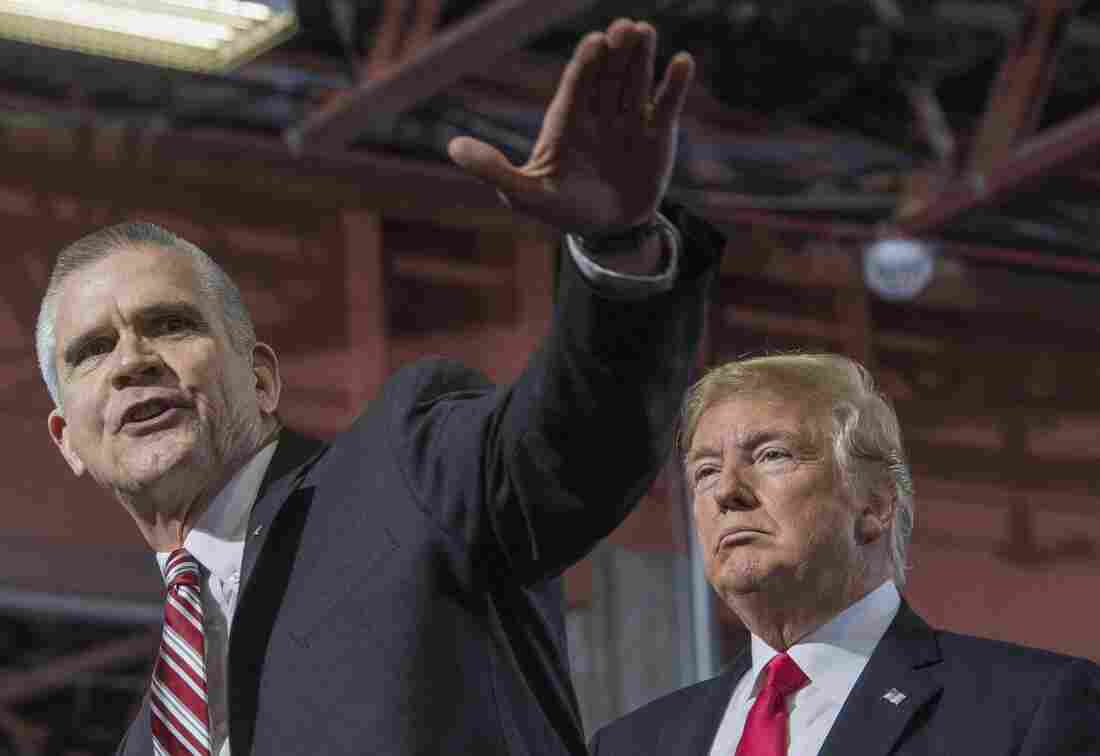 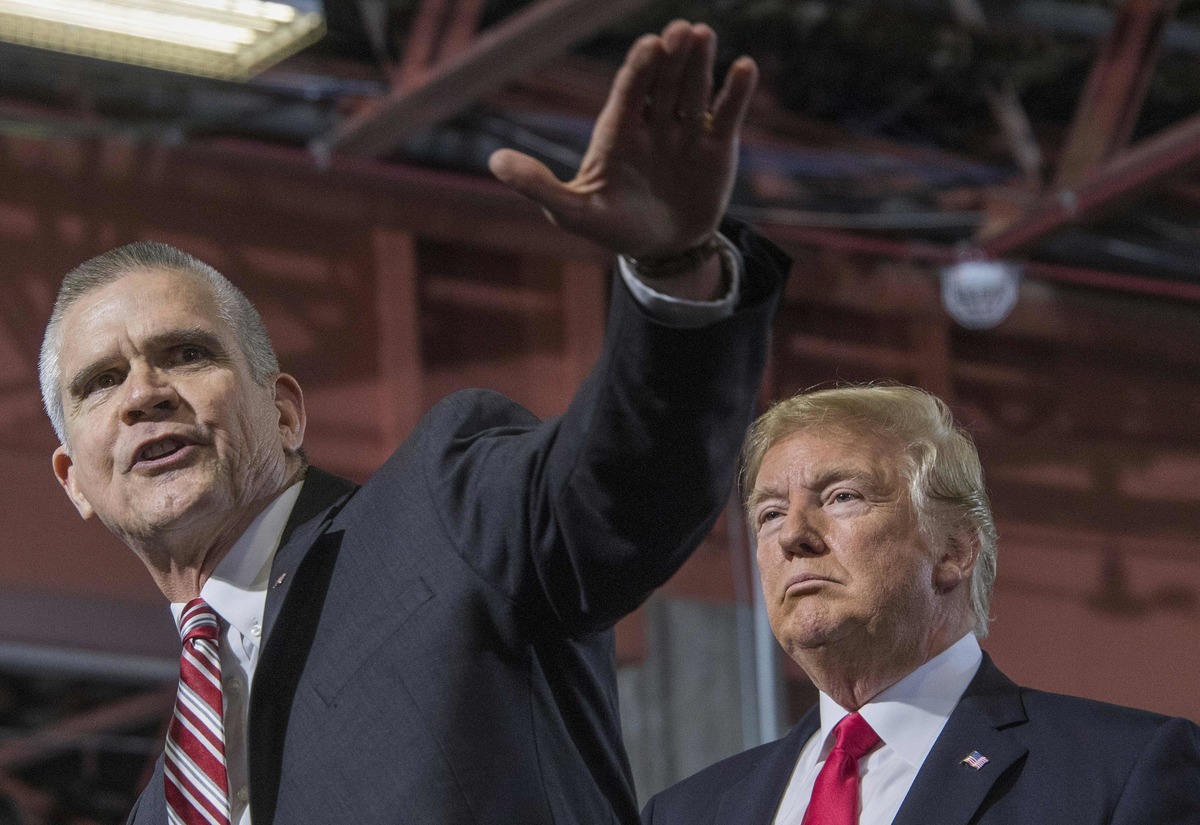 "It's time to retire liberal Democrat Jon Tester," Trump told a crowd of more than 6,000 supporters at the Four Seasons Arena.

Independent political analysts say the two-term Democrat has a good chance of winning re-election in November, even though Trump carried Montana in 2016 by 20 points. Montana voters have an independent streak and elected a Democratic governor, Steve Bullock, that same year. Tester's approval rating jumped 16 points in a Morning Consult poll released in April, making him one of the 10 most popular senators.

Trump has nevertheless targeted Tester, blaming him for the downfall of White House doctor Ronny Jackson, Trump's onetime nominee for secretary of Veterans Affairs. As the ranking Democrat on the Senate's Veterans Affairs committee, Tester aired a long list of complaints others had leveled against Jackson, including charges that he improperly dispensed prescription pain medication and once wrecked a government vehicle while driving drunk.

Jackson later withdrew his nomination for the Cabinet post, although he denied the allegations as fabrications.

Trump also faulted Tester for voting against his first Supreme Court nominee, Neil Gorsuch, as he prepares to name a second person to the high court.

This week, the president interviewed roughly a half-dozen potential nominees from a list prepared by conservative lawyers and legal scholars. Trump is set to announce his choice early next week.

"If you tune in Monday at 9 o'clock [Eastern time], I think you're going to be extremely happy with the selection," he told the Montana crowd.

Trump has held similar rallies targeting other Senate Democrats, hoping to expand the GOP's narrow, 51-vote majority with the midterm elections. Tester is one of 10 Democrats up for re-election this year in states Trump won. But he is thought to be less vulnerable than some of the others like Heidi Heitkamp of North Dakota or Joe Manchin of West Virginia. The nonpartisan Cook Political Report says Democrats are "likely" to carry Montana in the Senate race. Inside Elections rates the contest as one that "tilts Democratic."

After the rally, the spokesman for Tester's re-election campaign put out a statement that was critical of Rosendale but did not mention the president.

"Jon's record is clear — if it's good for Montana, Jon works with anyone from either party to get things done. If it's bad for Montana, he'll stand up to anyone," Tester spokesman Chris Meagher said. "East Coast developer Matt Rosendale is only looking out for himself and whatever out-of-state special interest group that is propping up his campaign with cash. We can't trust him to defend Montana."

But before Trump arrived in Montana, Tester's campaign took out full-page ads in newspapers across the state, highlighting bills the senator sponsored that Trump has signed into law.

"I'm glad that the president has signed 16 of my bills," Tester said, pointing to one measure designed to improve accountability at the VA. "We need to continue to build on those successes. President Trump, I'll clear my schedule for whenever you are ready to sit down and talk about how we can get to work for Big Sky Country."