Accessibility links
StoryCorps: A Student Remembers Her School's 'Lunch Man,' Philando Castile A 10-year-old girl and her dad talk about Philando Castile, who worked in the lunchroom of her Minnesota school. Two years ago, Castile was shot and killed by a police officer who pulled him over. 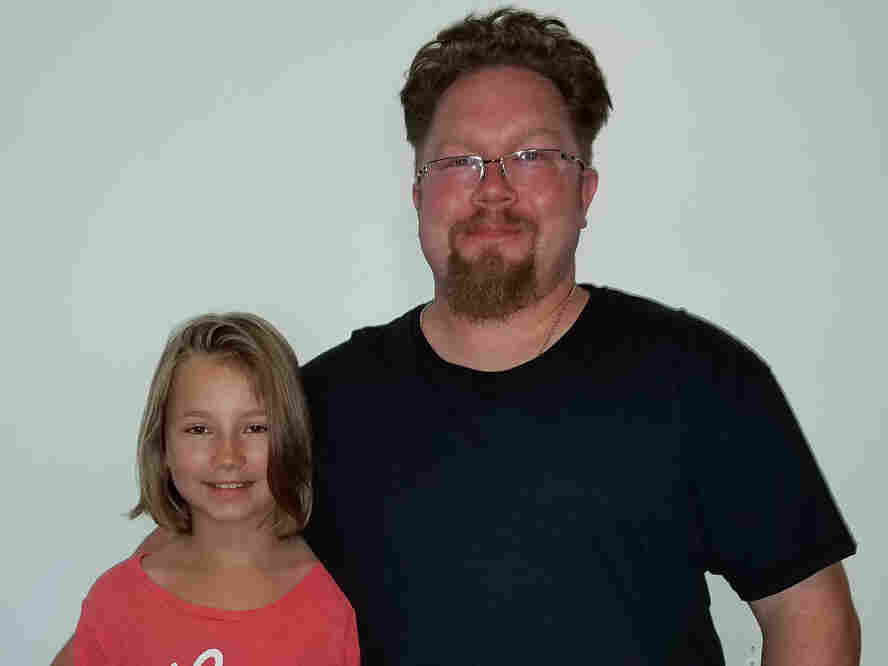 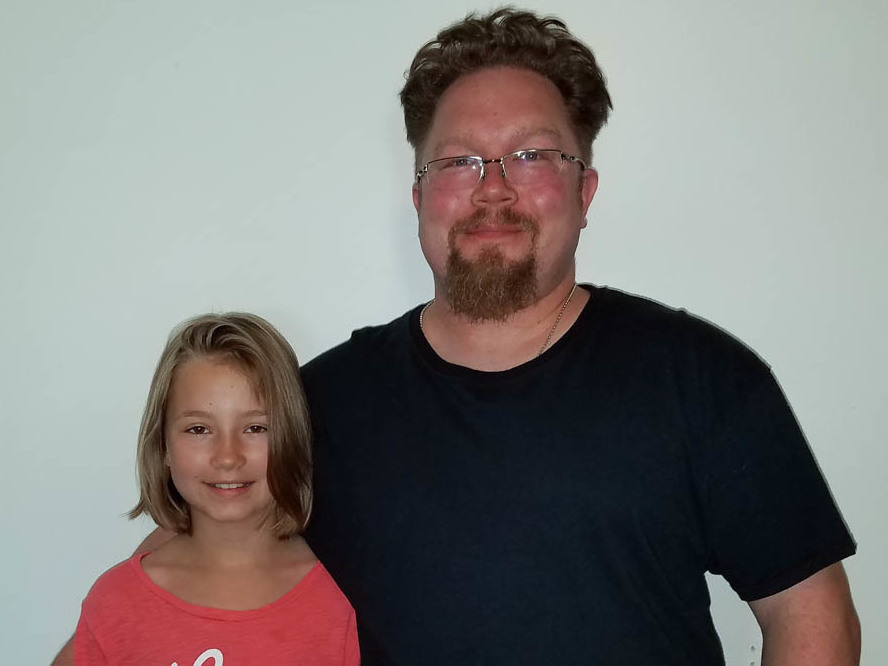 Leila Ramgren, 10, and her father, Chad Eisen-Ramgren, 42, at StoryCorps in St. Paul, Minn.

It has been two years since the death of Philando Castile, the Minnesota man misidentified as a robbery suspect and then shot and killed by a police officer after a traffic stop.

To the world, he was a name in a major news story, but to more than 400 kids at J.J. Hill Montessori Magnet School, he was their "lunch man."

He was the school's cafeteria supervisor. Students there called him Mr. Phil.

Leila Ramgren, 10, a student at the school, remembers that he loved kids.

"He used to have secret handshakes with people," she tells her dad, Chad Eisen-Ramgren, in a StoryCorps conversation last month. "And if you didn't have enough on your tray, he would pull out graham crackers or something. And he did it with his own money." 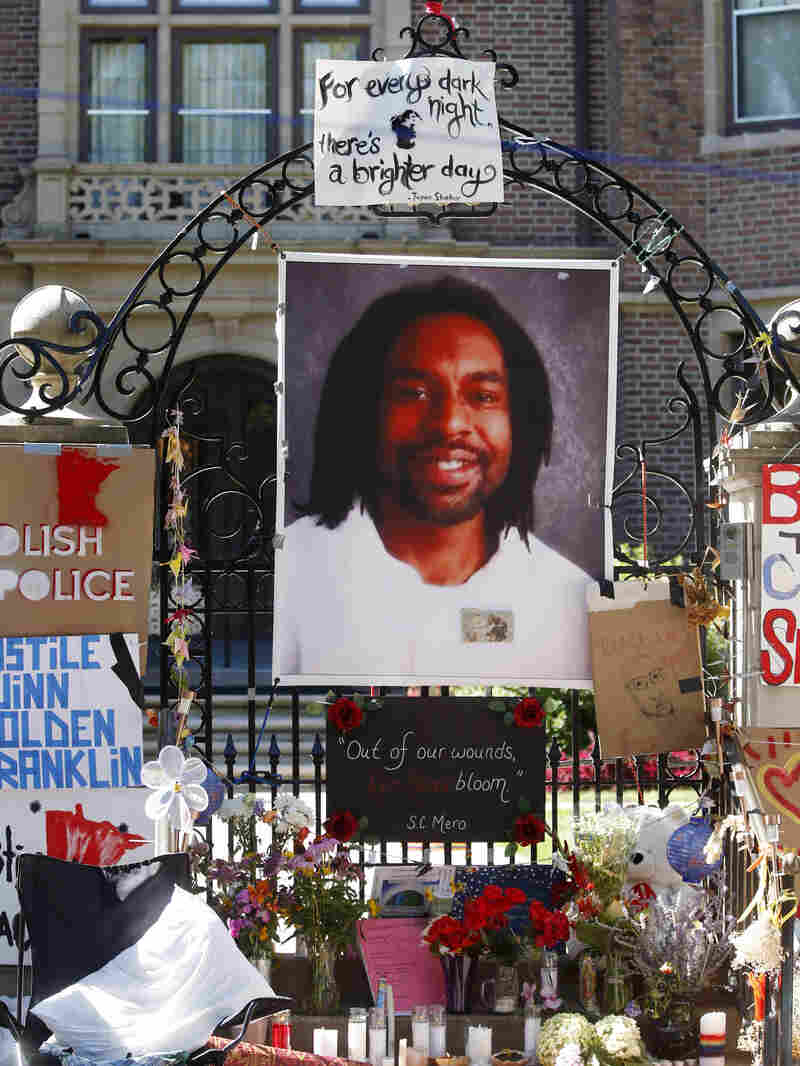 A photo of Philando Castile is attached to the gate of the governor's residence in St. Paul, Minn., part of a memorial to the Minnesota man, who was shot and killed by a police officer in July 2016. Jim Mone/AP hide caption 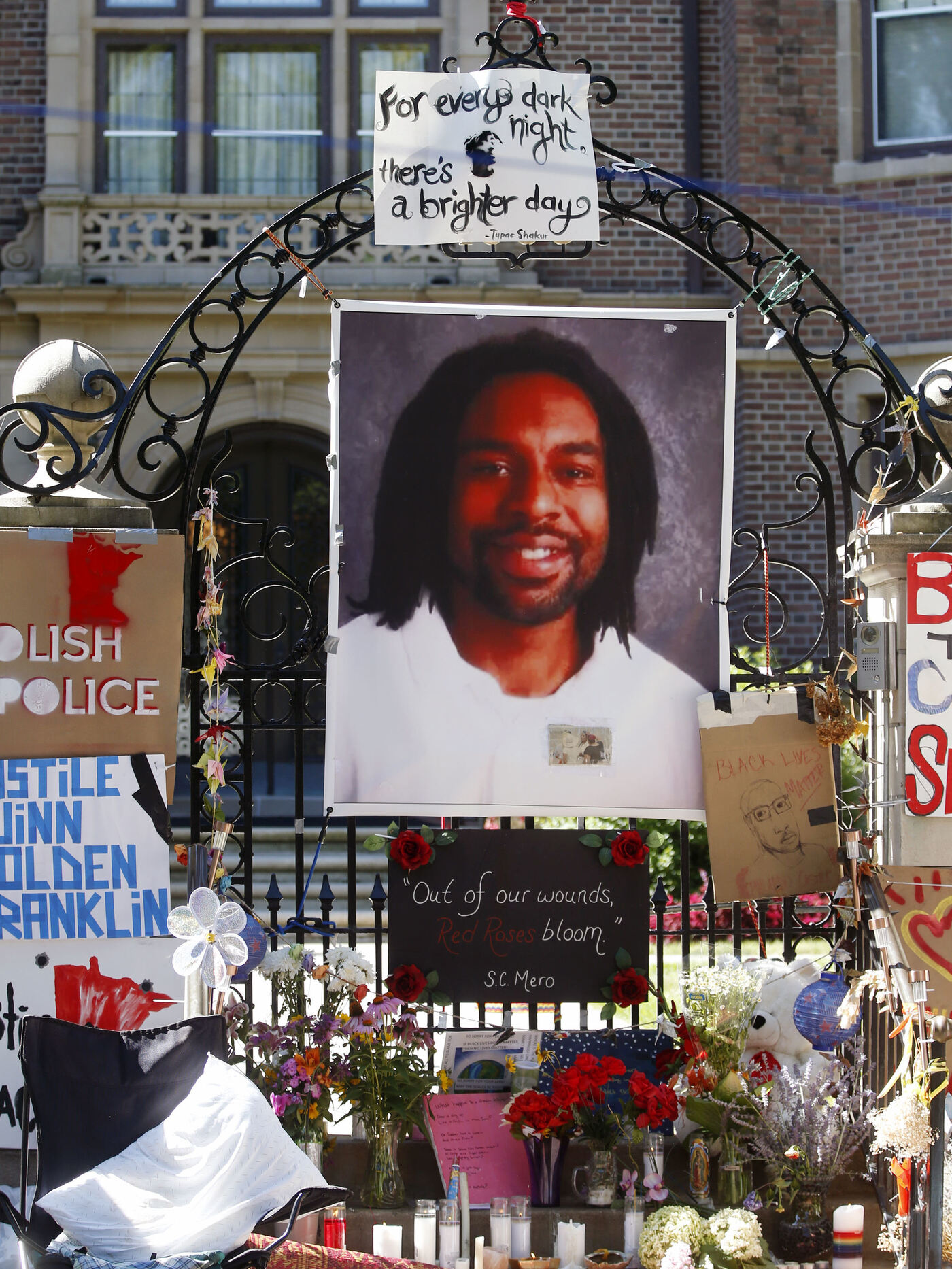 A photo of Philando Castile is attached to the gate of the governor's residence in St. Paul, Minn., part of a memorial to the Minnesota man, who was shot and killed by a police officer in July 2016.

Chad tells Leila that when Castile got pulled over, he told the officer he had a gun he was licensed to carry.

Castile was shot as he reached for his wallet, telling the officer he was not reaching for his gun.

"He was trying to do what the officer said, but the officer decided to pull out his firearm and shoot Mr. Phil," Chad says.

"The officer should have said, 'Hand me your gun. I'll give it back to you once I know that you have a permit.' Then he should have gave him a ticket and then they should have been on their ways," Leila says.

She says she remembers her dad saying that if Castile, who was black, had been white, he wouldn't have been shot.

"You know how everybody at school liked Mr. Phil and he was a warm presence, everybody felt good around him?" Chad says. "Is it a weird thought to you to think that outside the school there are people who would look at him and think that he was scary?"

"Yeah," her dad says, "and Mr. Phil paid the ultimate price and that was really unfair."

A jury acquitted the police officer of all charges in Castile's shooting. Leila asks her dad if that made him mad.

"Yeah, I was really mad. And I'm still mad," he says. "Hopefully the world will change."