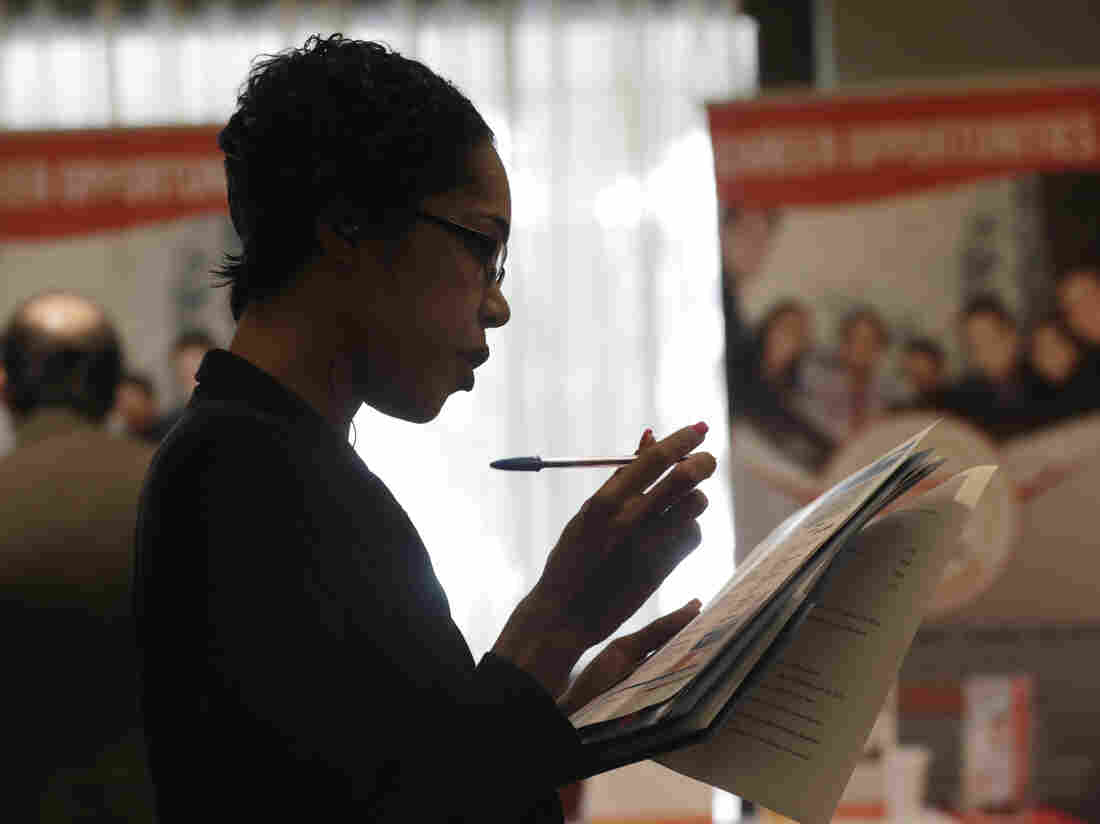 Joana Dudley looks at a list of job prospects at a job fair in Miami Lakes, Fla., in January. In the government's June jobs report, the unemployment rate ticked up to 4 percent with more people entering the labor force. Lynne Sladky/AP hide caption 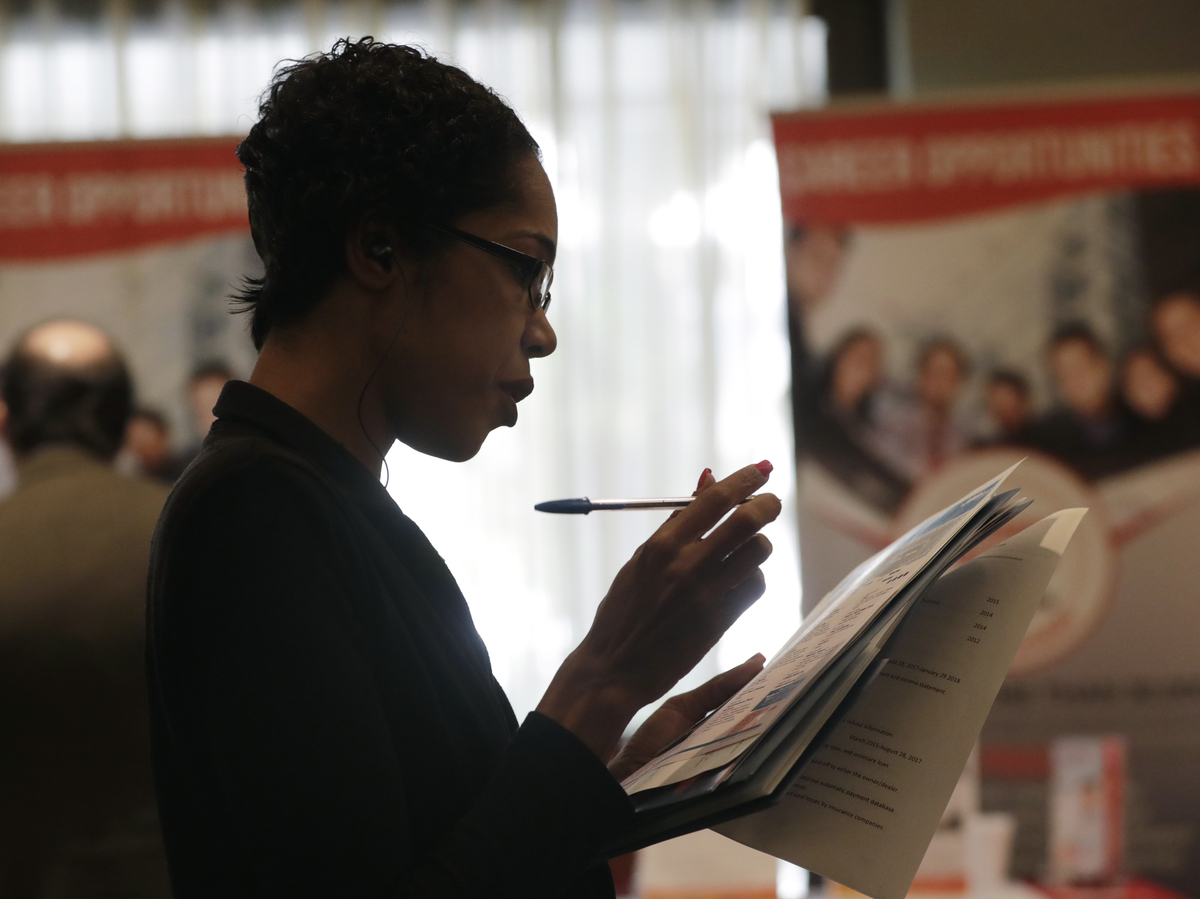 Joana Dudley looks at a list of job prospects at a job fair in Miami Lakes, Fla., in January. In the government's June jobs report, the unemployment rate ticked up to 4 percent with more people entering the labor force.

The Labor Department on Friday reported another big month for job growth, with a larger than expected addition of 213,000 jobs for June.

The unemployment rate ticked up slightly to 4 percent as some people who had been on the sidelines moved back into the labor force.

The report underscores a familiar refrain: There are lots of jobs being created, but not enough people to fill them. That continues as employers consistently hire at robust rates and the unemployment rate keeps falling.

The economy has now been adding jobs for nearly eight years — its longest streak on record. The U.S. is considered at near full employment, and the biggest challenge in the job market is the lack of available workers — a record 6.7 million jobs remain unfilled. In many industries, including trucking, construction and information technology, this labor shortage is becoming increasingly acute.

For workers, a hot job market is a good thing, resulting in what so far have been modest increases in wages. And companies have been offering more benefits to attract and retain their workers. That trend is likely to continue through 2018, with some economists predicting the jobless rate will keep falling to 3.5 percent by year end. The last time it was that low was in 1969.

For employers, however, a hot job market is costly. It increases pressure to raise wages, and even curbs business growth if there are not enough people to do the work.

For the month of June, wages increased at a relatively solid annual rate of 2.7 percent.

An ADP/Moody's Analytics survey out Thursday showed private hiring rose by 177,000 last month, slightly below expectations. "Business' number one problem is finding qualified workers," says Moody's chief economist Mark Zandi. The problem, he says, will get worse if hiring continues at its current pace. "These labor shortages will only intensify across all industries and company sizes."

As hiring continues unabated, the Federal Reserve is likely to raise interest rates two more times this year, as it weighs concerns that the economy could overheat. The Fed has twin goals of controlling inflation while promoting maximum employment.

Last month, President Trump broke with long-standing practice and tweeted about the jobs report prior to its official 8:30 a.m. release, prompting markets to move. That did not happen in advance of the June report.