Accessibility links
Meek Mill Celebrates Freedom, Calls For Reform On 'Legends Of The Summer' EP The Philadelphia rapper became a bellwether for criminal justice reform due to his own court case last year. Now, he's putting his platform into his music.

Meek Mill Celebrates Freedom, Calls For Reform On 'Legends Of The Summer' EP

Meek Mill Celebrates Freedom, Calls For Reform On 'Legends Of The Summer' EP 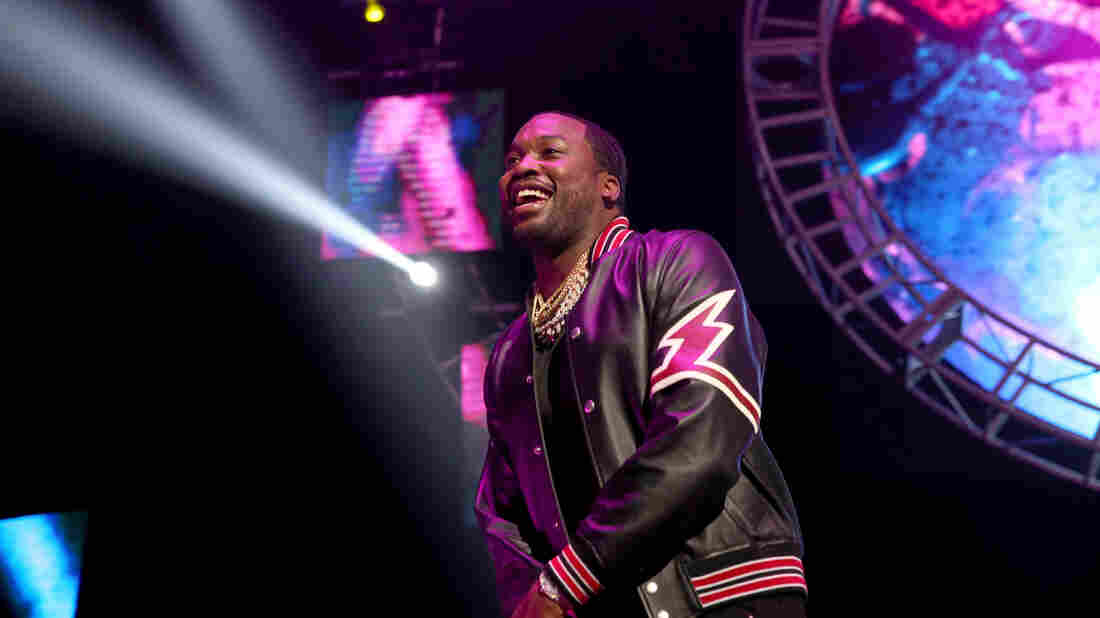 Legends of the Summer is Meek Mill's first project since being released from prison in April 2018. Bennett Raglin/Getty Images hide caption Legends of the Summer is Meek Mill's first project since being released from prison in April 2018.

Since being released from prison on bail in April 2018 following a highly publicized (and still ongoing) legal fight, Philadelphia rapper Meek Mill has become an strident spokesperson for prison reform. Meek's incorporated his level of eye-opening advocacy into new music, but he hasn't sacrificed his roughneck Philly rap style in doing so. With only a few hours of warning, the Dreamchasers MC releases Legends of the Summer, showing he can portray both points of view in one project.

Legends is Meek's first body of work since being released from the pen and it's clear from the content that the ink of these lyrics is still fresh. "I'm just an icon living / Jumping on the chopper outta prison," Meek rattles off on "Millidelphia" featuring Swizz Beatz, referencing his departure from prison in a helicopter earlier this year. The four-track EP is punctuated by "Stay Woke" featuring Miguel, the introspective rap Meek first premiered live at the 2018 BET Awards about America's fractured justice system. "How can I pledge allegiance to the flag when they killing all our sons, all our dads?" he asks in the second verse.

As fans enjoy Meek's new batch of music for the year, the hip-hop underdog continues to fight for his full-fledged freedom. Meek, born Robert Rihmeek Williams, and his team of lawyers have filed multiple requests to have Common Pleas Court Judge Genece Brinkley, the rapper's presiding judge, recused from his case. The Philadelphia Inquirer recently reported that Judge Brinkley's own lawyer, A. Charles Peruto Jr., said on tape that Meek should have been granted a new trial.