Accessibility links
Lawmaker In 'Canvassing While Black' Incident: 'You Can't Legislate Humanity' A neighborhood resident called 911 on Oregon state Rep. Janelle Bynum, who is a black woman, while she was canvassing. Bynum does not think legislation is the fix for reducing such police encounters. 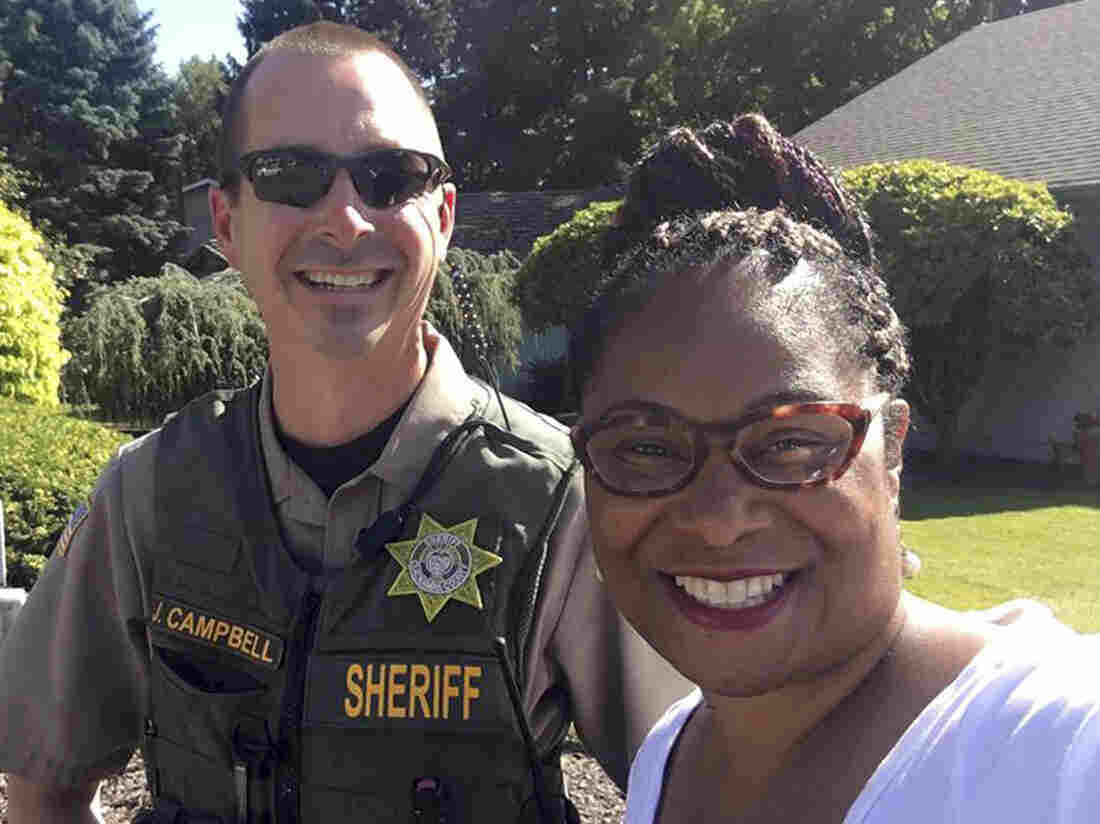 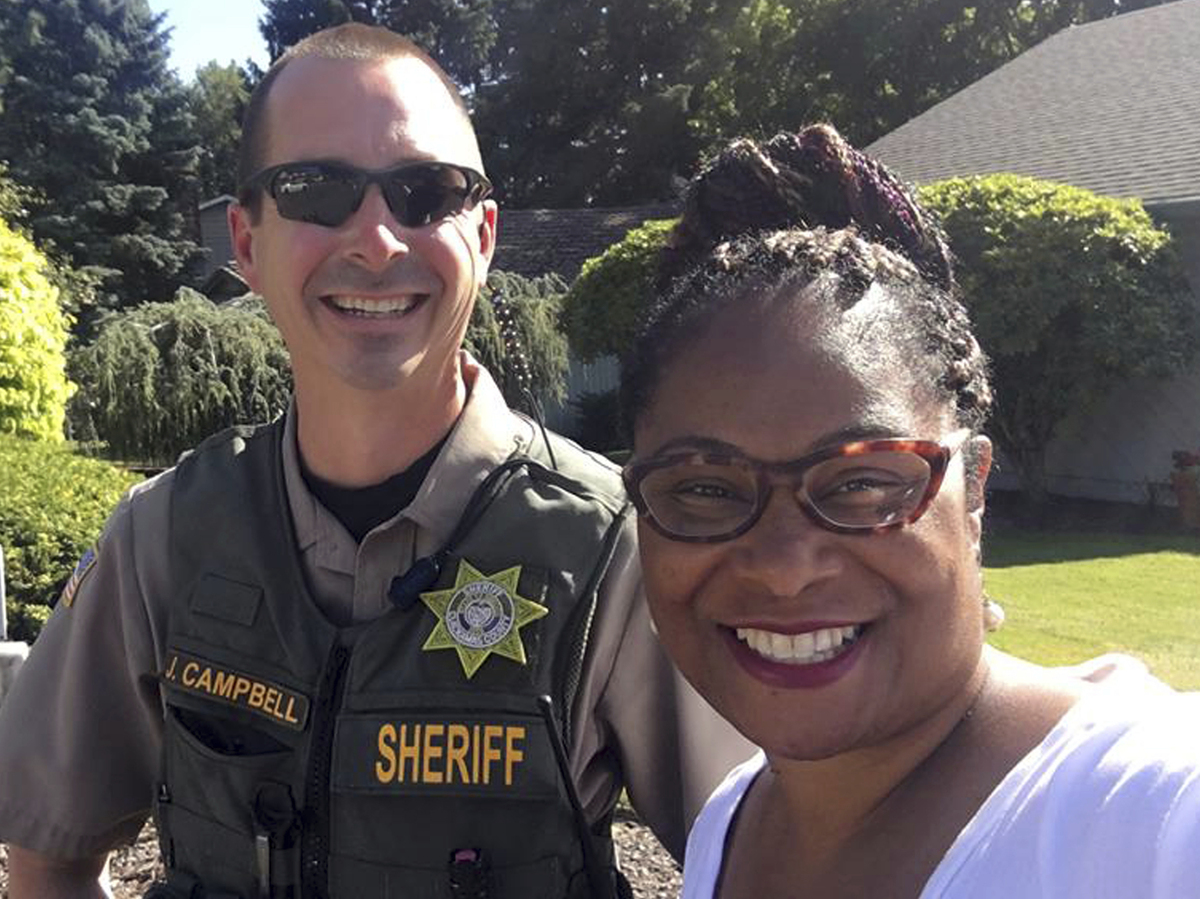 This Tuesday, July 3, 2018 selfie photo provided by Oregon state Rep. Janelle Bynum, shows her posing with a Clackamas County Sheriff's officer after he stopped her in Clackamas, Ore

People have asked Janelle Bynum whether legislation would help solve the problem of police being called on black people for just going about their daily lives. Bynum, an Oregon state representative who herself had authorities called on her while canvassing for votes earlier this month, simply tells them, "You can't legislate humanity."

Bynum, who is the only black representative in the Oregon state House, was canvassing in her district ahead of Independence Day, as NPR's Tanya Ballard Brown reported. The lawmaker said she was typing notes in a driveway when a deputy from the Clackamas County Sheriff's Office approached her.

Bynum said her mind went from disbelief to "what did I do?"

The deputy approached her and guessed that she was selling something, according to Bynum. She introduced herself as a state representative, and to her surprise, Bynum said, he did not demand proof of identification.

"It was so incredible for me because he believed me," she said of the officer.

"He was well within his rights to go as far down as he could to humiliate me in that circumstance as he wanted to, and he didn't," Bynum said.

While the situation did not escalate — she said on Facebook that the deputy "responded professionally" — Bynum points to a history of interactions between police and African-Americans that have not ended as peacefully.

"I think if you have the luxury of never having to live in fear it doesn't mean that much to you to call the authorities on someone," Bynum said. "And so there's no consequence. There's no feedback. You're not forced to see my humanity."

The incident came amid a spate of recent incidents in which police were called on to investigate African-Americans in the middle of everyday activities. In April, for example, two men were arrested while waiting for an associate at a Starbucks in Philadelphia. In May, a graduate student at Yale who was napping in her dormitory's common room had a police encounter after a white graduate student called authorities. And on Independence Day, there were at least two separate incidents at pools. In North Carolina, police were called after a man demanded that a black woman show her identification to use a private community pool. In Tennessee, an apartment manager called police because a black man was wearing socks in the pool.

Bynum said she thinks incidents like these can be "bravado on some people's part to call the police."

But the course to changing that won't necessarily lie with changing the law, Bynum said.

Bynum pointed to training police "to make sure that the person who's been accused and hasn't done anything feels whole after the incident."

"You've created a victim," she said of such police encounters, "but then there's no justice for that victim."

The deputy in Bynum's case used his cellphone to call the constituent after the lawmaker said she would like to speak with the person.

According to Bynum, the caller, a woman, apologized but was not interested in meeting with her.