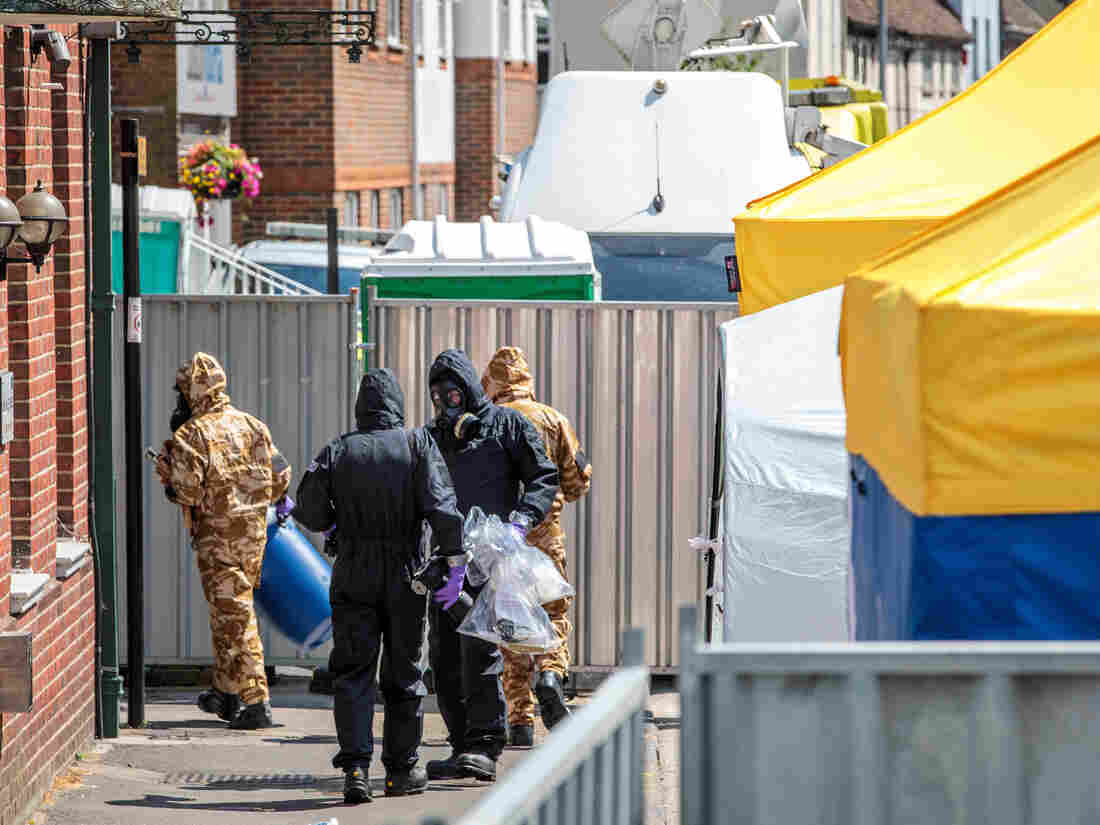 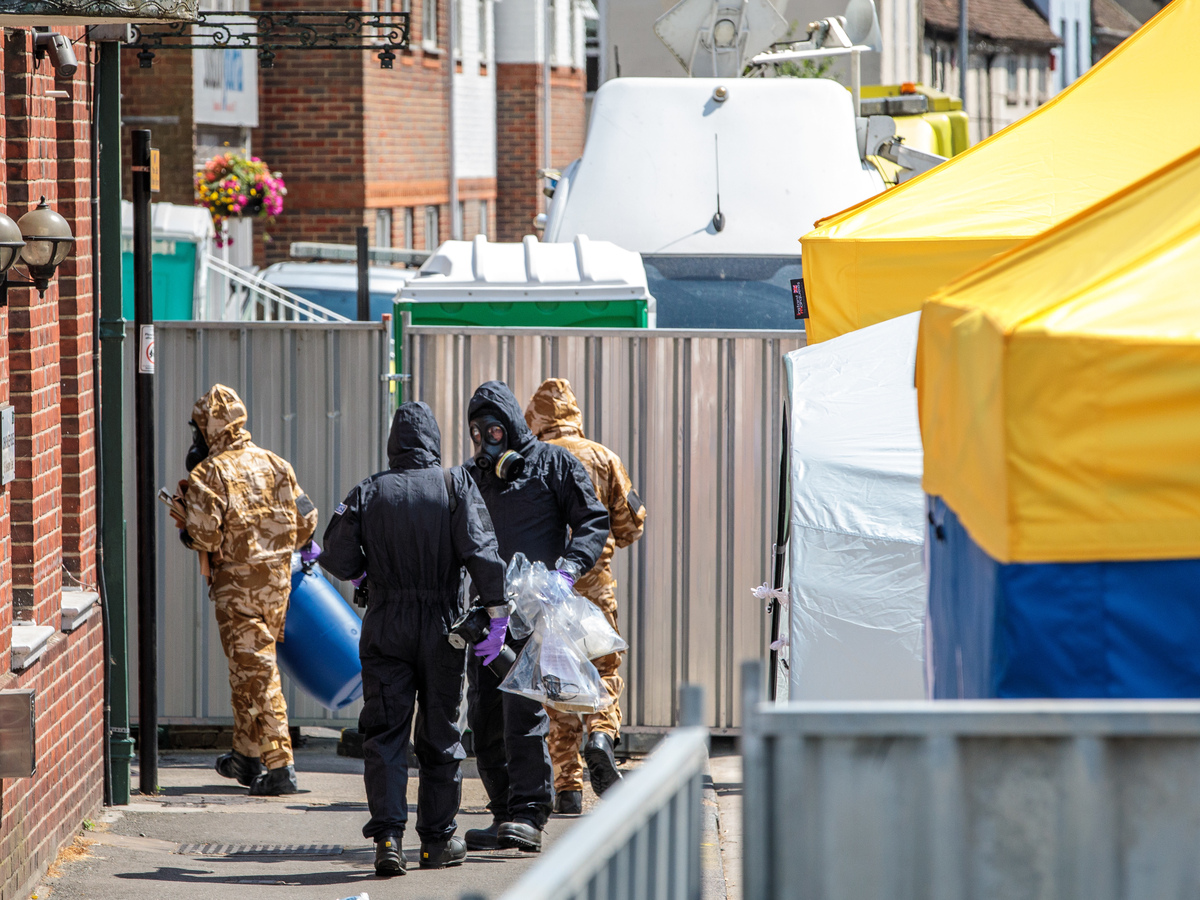 Updated at 7 a.m. ET on Monday

British police say a woman in England has died after being exposed to Novichok, the nerve agent that also poisoned a former Russian spy and his daughter there in March.

According to police, Dawn Sturgess, 44, and a 45-year-old man became sick on June 30 in Amesbury, England.

The man who became sick is still critically ill and in the hospital.

Amesbury is just a 20-minute drive from Salisbury, England. Former Russian spy and British double agent Sergei Skripal and his daughter Yulia Skripal fell ill after coming in contact with the nerve agent at their home in Salisbury four months ago.

According to a statement from London Metropolitan Police, "The possibility that the two investigations might be linked is clearly a key line of inquiry for police."

But, they say, "it is important that the investigation is led by the evidence available and the facts alone."

Skripal and his daughter were both released from the hospital this spring.

In April, the watchdog group Organization for the Prohibition of Chemical Weapons released a report confirming that Novichok was used in the Skripals' attack.

"There can be no doubt what was used and there remains no alternative explanation about who was responsible — only Russia has the means, motive and record," Boris Johnson, Britain's Foreign Affairs Secretary, said in a statement then.

Russia has denied involvement in both incidents. On Monday, Kremlin spokesman Dmitry Peskov said Russia was sorry to learn of the death of Sturgess, but that any suggestion that Moscow was involved in the death is "quite absurd."

"We continue to be deeply worried by the continuing presence of these poisonous substances on British territory," Peskov told reporters. "We consider that it is a danger not only for the British, but for other Europeans."

Neil Basu leads counter-terrorism efforts for the Metropolitan Police force. He said in a statement, "Dawn leaves behind her family, including three children, and our thoughts and prayers are with them at this extremely difficult time."