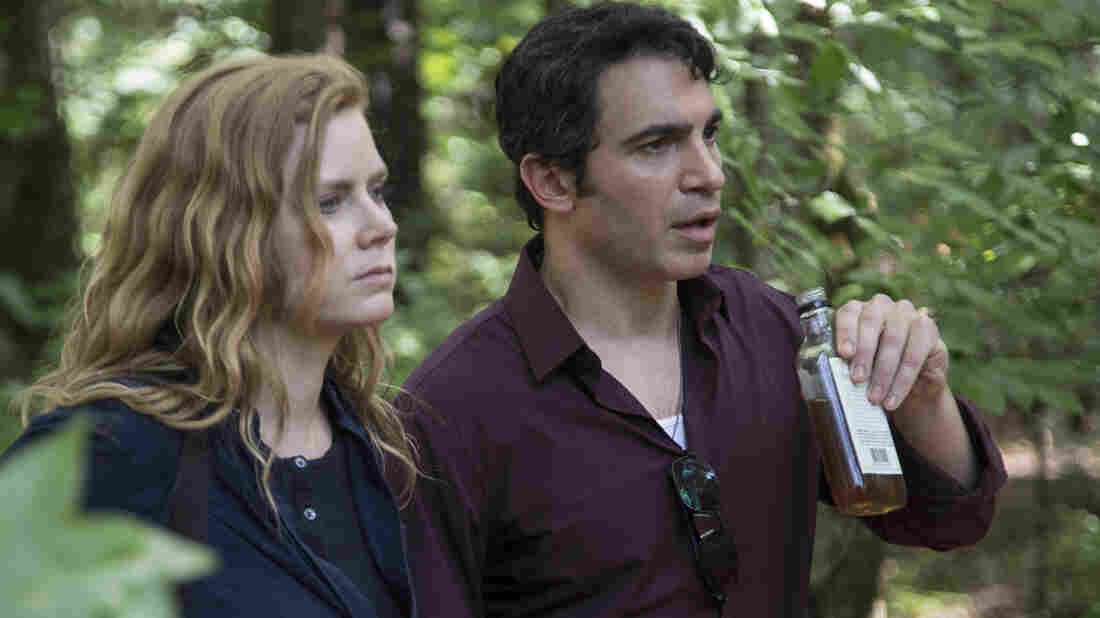 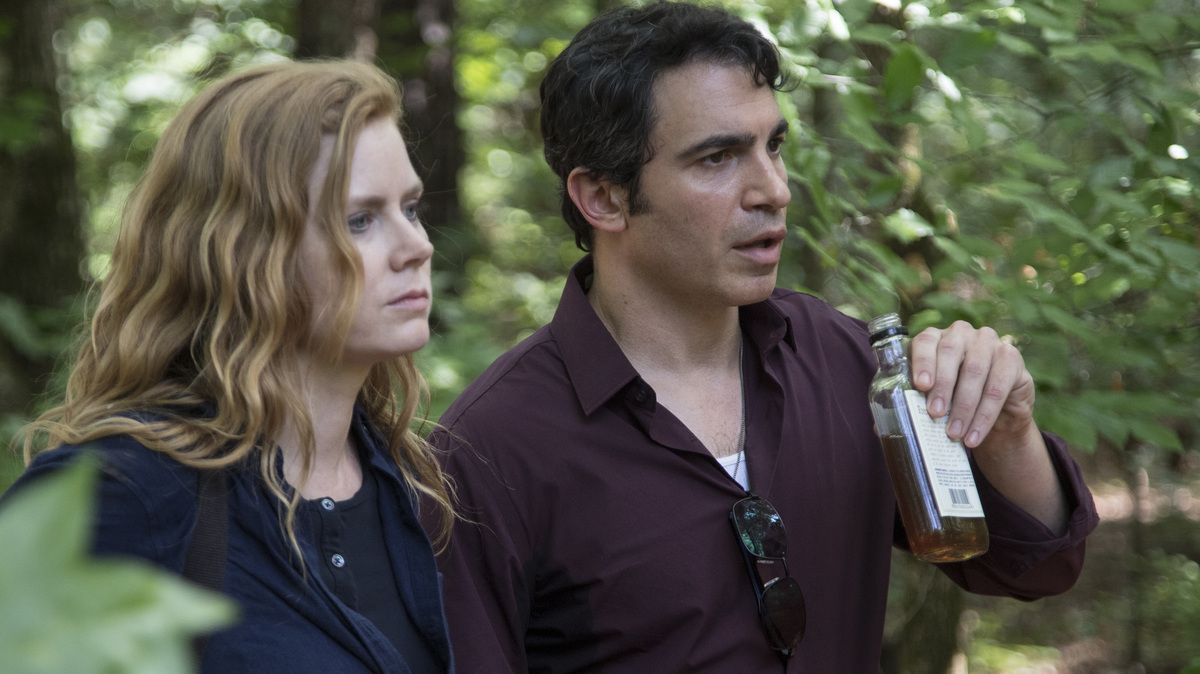 Amy Adams and Chris Messina play a reporter and a detective both investigating the same crimes in HBO's Sharp Objects.

Everything echoes in Sharp Objects, the new HBO eight-episode adaptation of Gillian Flynn's 2006 debut novel. That's not only true of the figurative echoes in the complex tale of family trauma in a small town. It's true of the literal echoes in the sound design. Every room sounds hollow; every house amplifies the rattles and footsteps inside.

Amy Adams plays Camille Preaker, a reporter who reluctantly returns to her hometown of Wind Gap, Mo., to investigate the murder of a young girl and the disappearance of another. Without anywhere else to stay in the place she was glad to leave behind, she lands at the home of her mother Adora (Patricia Clarkson). Adora lives with her husband Alan (Henry Czerny) and her 15-year-old daughter Amma (Eliza Scanlen), who is Camille's half-sister. The family is haunted by the death, many years earlier, of Camille's sister Marian, and Camille has spent years fighting awful internal battles in the wake of that tragedy. One of them is a compulsion toward physical self-harm that, at least in part, gives the story its title.

In a story about people who inflict pain on each other, the symbolism of a woman engaged in cutting — and it's fair to warn those for whom that matter is particularly sensitive that it plays a significant role here — could easily become heavy-handed. But here, under prolific showrunner Marti Noxon and director Jean-Marc Vallée (who also directed all the episodes of HBO's adaptation of Big Little Lies), it's not. The production is almost oppressively scaled-down, relying on handheld cameras and masterful editing to give Camille's perceptions and memories a fractured unreliability. She sees ghosts, not as glowing apparitions but as people in the room with her when they should not be. She remembers things out of order, and she focuses — in that the camera focuses — on details that don't seem important until later. The jangly quality of the filmmaking suits her scattered state of mind. But there is no grand or greedy attention to the fact of cutting or the sight of blood. Those things are, suitably for a crime story, evidence, more than anything. They're the visible record of Camille's life to this point and the pain that she's endured.

Gillian Flynn Plays Not My Job

As was true with Big Little Lies, the performances do a lot to make the adaptation work. Adams is just so very good in this role. We are well past needing evidence of her ability to do more than the sunny work she did early on in films like Catch Me If You Can and Enchanted (she made Paul Thomas Anderson's The Master in 2012, after all). But this role, despite its high drama, requires in many moments a weary ordinariness that feels different even from her recent roles like Arrival. And Patricia Clarkson summons such a sense of placid menace, such an air that something about her is Not Right, that the way she glides through her own home makes her seem borrowed from a story more Gothic than this one.

For several episodes, Chris Messina seems a bit adrift as Richard Willis, a detective sent to investigate in Wind Gap who finds himself both fascinated by and wary of Camille. That's partly because, in those episodes, he's mostly a creature of the actual crime story, and the actual crime story is not the focus in the early going. The focus is a transfixing tonal drone as the series plunges into the past, with the images all seen through Camille's clouded lens. Willis never quite seems important as a character; he seems more significant as an engine to reveal plot. But that may be in part because it's hard for anyone else to penetrate the part of the story that is fundamentally a study of the pain of women.

Syl Johnson, Gillian Flynn and Matt Berninger from The National

Sharp Objects is bleak by design. It offers little relief. It is sweaty and slow, with the sensory inputs — like all that sound — turned up until the walls and weather close in. But over the episodes (HBO provided critics with seven of the eight), its footing feels more and more sure. It may not be much of a summer confection, but it's another success for HBO in giving a number of actresses a fine showcase.

HBO's adaptation of Sharp Objects premiered Sunday night and is available on demand.