Accessibility links
Ahead Of U.K. Visit, Trump Made The Subject Of 'American Idiot' Campaign The U.K. has made something of a sport out of sending cheeky songs to the top of its pop charts. Now, ahead of his visit to the country, President Trump is the butt of one of those jokes. 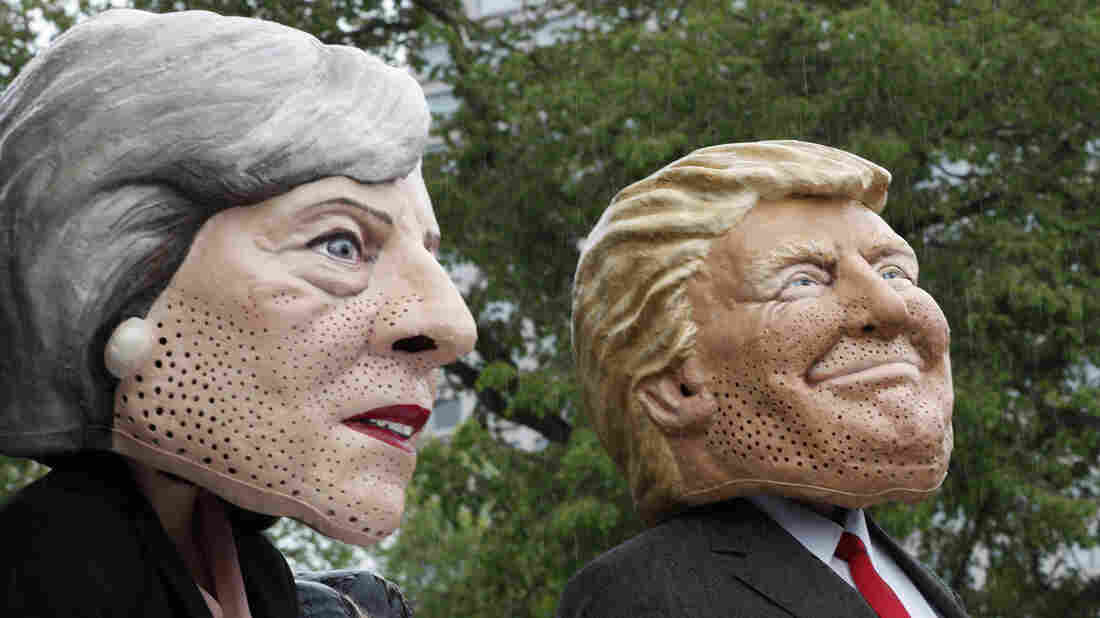 People dressed as U.K. Prime Minister Theresa May (left) and Donald Trump who will be visiting the United Kingdom on July 12. Lars Hagberg/AFP/Getty Images hide caption 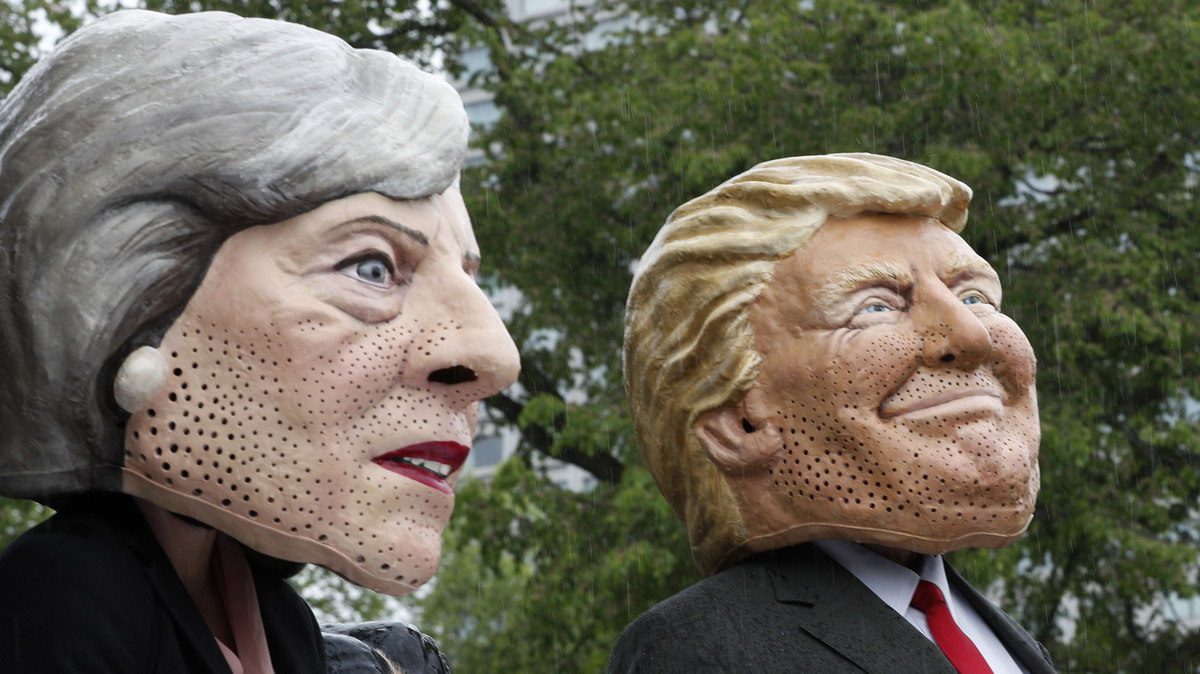 People dressed as U.K. Prime Minister Theresa May (left) and Donald Trump who will be visiting the United Kingdom on July 12.

For some years now, citizens of the U.K. have turned music chart manipulation into a cheeky tradition, the idea being to select a song and, largely through grassroots online campaigning (helped along by media coverage, like this very article), to make it the most popular song in the country. Past attempts include driving "Ding Dong! The Witch Is Dead" to the top spot on the singles chart following Margaret Thatcher's death — it reached No. 2. Another was making Rage Against The Machine's "Killing in the Name" beat out a winner on the singing competition show The X-Factor (that one worked).

Now it's President Trump's turn. Ahead of the president's visit to the U.K. on July 12, a new effort to make Green Day's song "American Idiot" reach the top of the charts is underway.

According to the Official Charts Company, which compiles the U.K.'s singles and albums charts, "American Idiot" is now at No. 18, with 4,000 copies needed to bring it within the week's Top 10. The OCC did not respond to a question of the song's chances for making it to the chart's top position but, because of England's match against Croatia in the World Cup semi-final being held July 11, the country's central football anthem, "Three Lions," seems to be all but unbeatable this week. Britain's love of soccer is a force beyond Trump or any mere Facebook campaign.

The "American Idiot" campaign has had a much longer gestation period than similar attempts in the past, having launched in January 2017 ahead of a state visit by the president, which he cancelled over what he saw as a "bad deal" on the establishment of a new U.S. embassy in London.

Meanwhile, in media navel gazing: In a story from earlier today, the Washington Post quoted a piece from Green Day frontman and guitarist Billy Joe Armstrong about the song's origins and its subject being former President George W. Bush — except that the Post was quoting from ClickHole, a well-known satirical news site owned by The Onion, for whom Armstrong has never written.

If nothing else, the "American Idiot" campaign is turning out to be educational — in order to efficiently direct its supporters' efforts and spending, its organizers have been getting people more acquainted with the rules of the charts as they relate to streaming services.

Protests are expected throughout the U.K. on the occasion of Trump's visit, with The New York Times reporting that British police anticipate 100,000 demonstrators. Protests include a giant "Trump Baby" float in London and loud music being played at the residence he's expected to sleep in on July 12. The U.S. Embassy in London has advised American citizens in the country to "keep a low profile" while Trump is in the country.