Accessibility links
Local Politician, 19 Others Killed In Suicide Bombing In Northwestern Pakistan The Pakistani Taliban claimed responsibility for the attack that killed Haroon Bilour, a senior member of the Awami National Party (ANP), who was a candidate for a seat in the provincial legislature.

Local Politician, 19 Others Killed In Suicide Bombing In Northwestern Pakistan

Local Politician, 19 Others Killed In Suicide Bombing In Northwestern Pakistan 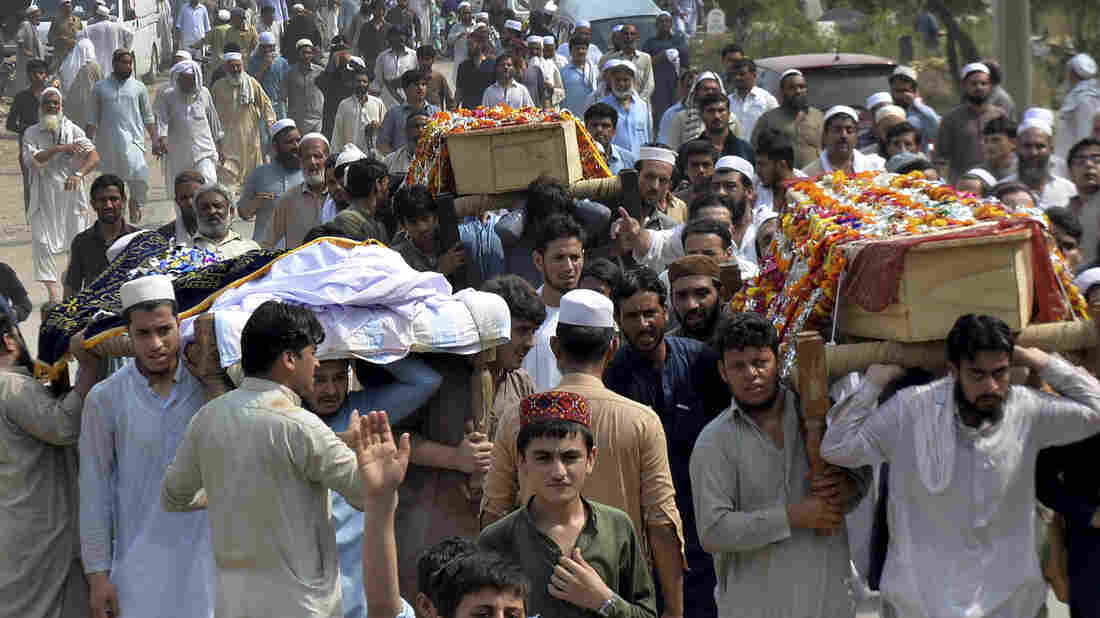 People carry the coffins of the victims of a suicide bombing at an election rally for burial in Peshawar, Pakistan, on Wednesday. Muhammad Sajjad/AP hide caption 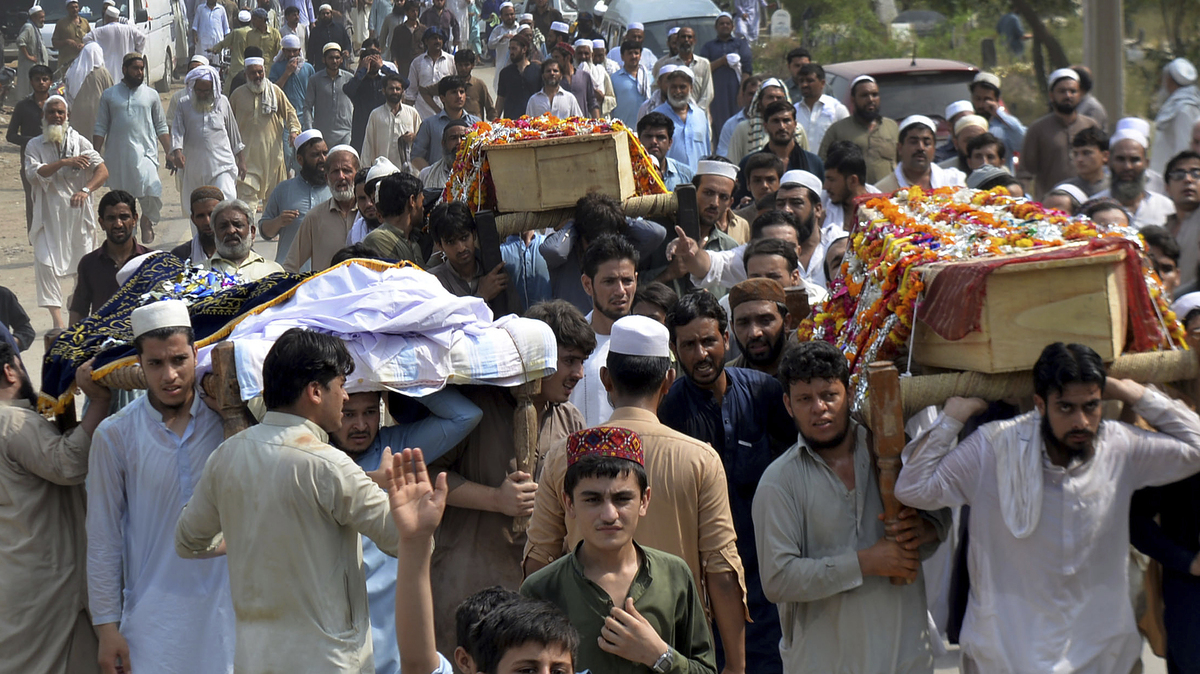 People carry the coffins of the victims of a suicide bombing at an election rally for burial in Peshawar, Pakistan, on Wednesday.

The Pakistani Taliban have claimed responsibility for a suicide bombing near the Afghan border that killed a secular politician and 19 others in the lead up to national elections.

Haroon Bilour, a member of the Awami National Party (ANP) was killed at an election rally in Peshawar.

Local authorities said a preliminary investigation concluded that the attack was targeted on Bilour and that "a young boy blew himself up at the main entrance of the gathering when Bilour entered the venue," Dawn newspaper reports.

The newspaper reports that Bilour's father, Bashir Bilour, a senior provincial minister, was also killed by the Pakistani Taliban in a targeted suicide attack in 2012.

According to Dawn, "Scores of people suffered injuries as a result of the blast. A [hospital] spokesperson told media that 48 injured were discharged from the hospital after initial treatment, while 15 people including a minor girl were still being treated. The spokesperson added that the girl and five others were in a critical condition."

Once Ruled By Taliban, Residents Of Pakistan's Swat Valley Say Army Should Leave

Later, Mohammad Khurasani, a spokesman for the Pakistani Taliban, said they targeted Bilour, a candidate for a seat in the provincial legislature.

Reuters writes that "The ANP is a predominantly secular, ethnic Pashtun nationalist party, which has long competed with Islamist parties for votes in Pakistan's volatile Pashtun lands, along the border with Afghanistan."

The Associated Press further notes, "Islamic extremists grew to despise the ANP when it ruled the Khyber Pakhtunkhwa province, of which Peshawar is the capital, from 2008 to 2013. During that time the military waged a major offensive against militants in the Swat Valley. The militants responded by carrying out a wave of attacks ahead of the 2013 elections, killing hundreds of ANP supporters."

General elections in Pakistan are set for July 25, with 342 seats in contention. The Pakistan Muslim League (N) leads most opinion polls, with the Pakistan Tehreek-e-Insaf (PTI) in second, followed by the Pakistan Peoples Party.