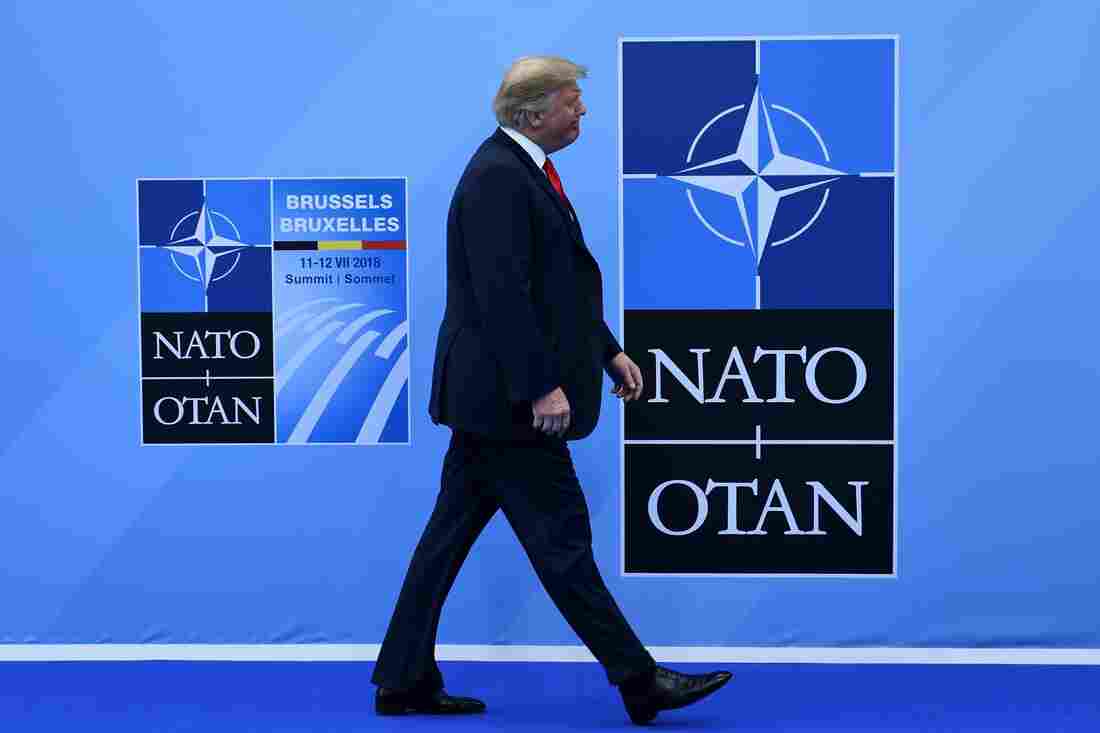 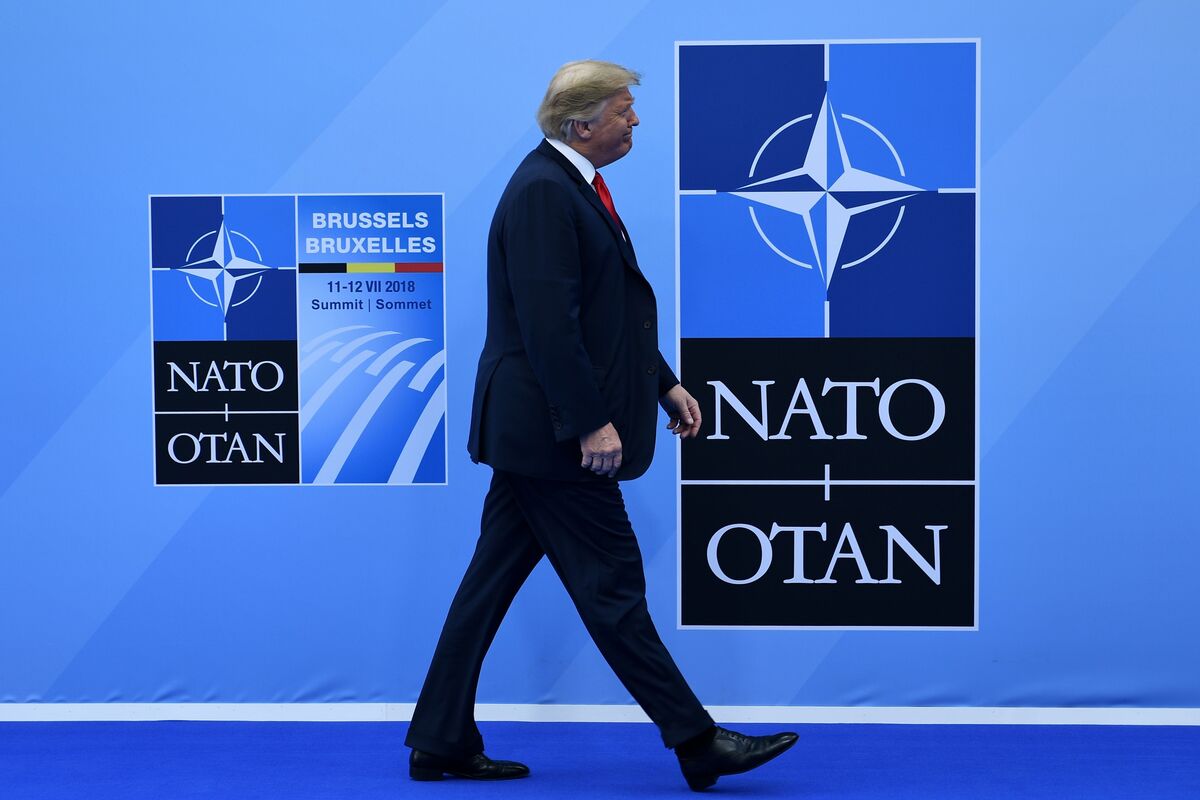 President Trump arrives at the NATO summit in Brussels. The House is scheduled to take up a measure Wednesday reaffirming U.S. support for NATO; the Senate approved a similar measure Tuesday.

While President Trump is in Brussels attacking NATO members for not spending enough on defense and calling Germany "a captive" of Russia for its support of a new pipeline to deliver Russian gas, lawmakers in Washington are standing up for the 69-year-old trans-Atlantic alliance.

The House approved by voice vote a nonbinding resolution reaffirming U.S. support for NATO. House Speaker Paul Ryan told reporters on Capitol Hill that "NATO is indispensable. It is as important today as it ever has been. We're reflecting that in a resolution that we're bringing to the floor today."

The Senate voted 97-2 Tuesday night to approve a similar nonbinding resolution to reaffirm the U.S. relationship with and support for NATO.

"President Trump's brazen insults and denigration of one of America's most steadfast allies, Germany, is an embarrassment. His behavior this morning is another profoundly disturbing signal that the President is more loyal to President Putin than to our NATO allies."

Trump's comments were "ill-informed," said Sen. Tim Kaine, D-Va. "I'm very worried. This is a president who, since his first day in office, he cozies up to our adversaries and trashes our allies. That makes America less safe."

Sen. Lindsey Graham, R-S.C., said he thinks the president is "right about Germany buying gas from the Russians, that's counterproductive. I think he's right about the spending levels. What I hope he'll say is 'having said all that, my goal is to make NATO stronger.' And the only way it gets stronger is for us to up our game and for people to match the commitments they've made. The message to me is: NATO stronger is better for America."

"Every time I've met with our allies in Europe I've raised those same concerns about Nord Stream II," the name of the pipeline, Ryan said. "The president is right to point out that our NATO allies need to adhere to their commitments which is 2 percent of GDP for defense. Germany is the largest economy in the EU. Germany should be committing 2 percent to defense like they agreed to at the Wales conference."

Stung By Trump At G-7, Allies Look For Better Outcome At NATO Summit

Still, that appears not to be enough for Trump, who told NATO leaders on Wednesday that they should be spending 4 percent of their GDP on defense. American officials say the U.S. is itself short of that mark, spending 3.3 percent of its GDP on defense. Trump made the same demand of NATO allies at last year's summit.

NPR's Kelsey Snell and Miles Parks contributed to this story.