Accessibility links
A Teenager's Life Uprooted — And Threatened — In The Name Of Propriety: 'What Will People Say' When the parents of Nisha (Maria Mazhdah) discover a boyfriend in her bedroom, they send her from her home in Norway to live with relatives in Pakistan, in Iram Haq's harrowing second feature.

A Teenager's Life Uprooted — And Threatened — In The Name Of Propriety: 'What Will People Say'

A Teenager's Life Uprooted — And Threatened — In The Name Of Propriety: 'What Will People Say' 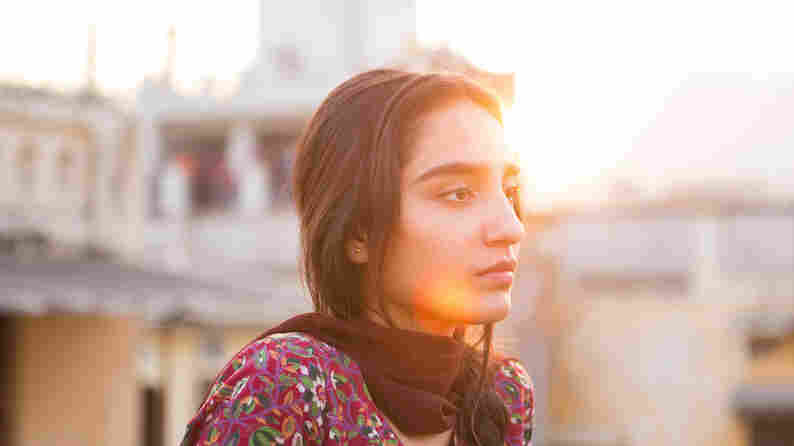 What Will People Say is the story of Nisha (Maria Mozhdah), a Pakistani-Norwegian girl caught up in her family's fear of public shaming. Kono Lorber hide caption 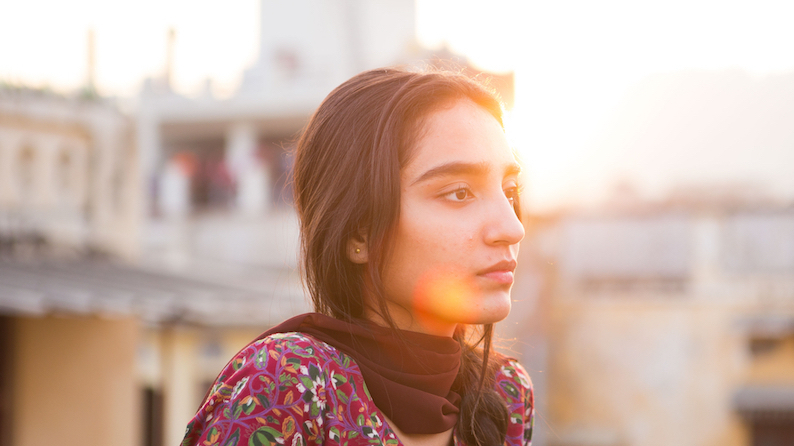 What Will People Say is the story of Nisha (Maria Mozhdah), a Pakistani-Norwegian girl caught up in her family's fear of public shaming.

When director Iram Haq was a teenager in Norway, she was, in her own words, kidnapped by her parents and forced to spend more than a year of her life with relatives in Pakistan. That harrowing experience is now the foundation for Haq's second feature film What Will People Say, a blistering drama about the kind of culture clash that can traumatize a young woman for life.

The film stars the superb young actress Maria Mozhdah as Nisha, a 16-year-old girl living with her family in Oslo's sizeable Pakistani immigrant community. Nisha's father Mirza (Adil Hussain, Life of Pi) runs a convenience store and dreams of his children becoming doctors, while her mother Najma (Ekavali Khanna) remains at home, forever concerned with the family's reputation. Nisha's siblings, an older brother and younger sister, seem to rarely venture out on their own.

Many details of Nisha's life will seem familiar from other immigrant stories. She's easily assimilated into Western society, ducking out of cooking lessons so she can hang out with friends, while her parents serve up naan and other homeland food, struggling to preserve as much of their older lives as they can. At first Nisha is bratty, spending her father's money on toys for her friends, and dancing suggestively for her redheaded, pale-faced Norwegian boyfriend as, separately, her mother frets about the impropriety of women dancing at all.

This careful existence comes crashing down the instant Nisha's father catches her boyfriend in her room. Boiling with rage, the normally measured Mirza throttles the dude in a heretofore unseen outburst of violence. Thus, Nisha's delicate dance between tradition and modernity is torched, and from then on she exists only as a burden on her family, a young woman whose loose morals, we're told, will ostracize her parents from proper Muslim society. Their first proposed "solution" makes clear that their chief issue with Nisha isn't her non-Muslim partner, but merely the suggestion that their daughter might be having sex before marriage. And it's only a quick leap from here to her father's emergency remedy: Drive her to the airport against her will, shove her onto a plane bound for Islamabad, and threaten to kill her if she doesn't comply.

Is this now a horror movie? Haq makes things a bit more complex than that. Certainly Mozhdah's deeply affecting performance feels like a nightmare personified, as she transforms from rebellious teenage girl to a cowed, subdued and trapped shadow of herself, and her beauty morphs from an asset in Norway to a target in Pakistan. And there are moments of pure terror in the Pakistan scenes (shot in India's Rajasthan region), especially when one cousin cryptically whispers to Nisha's father, "All the arrangements are done." Later, new and darker misfortunes will befall Nisha, as her extended family fails to protect her from danger, and in fact her relatives may prove to be bigger threats on her life than any other unsavory characters she meets.

Nisha does find some positive experiences in Pakistan, but Haq doesn't give the family any pass for its treatment of her; it's always clear we're talking about child abuse. But she does let us see how such extreme parental maneuvers are really the product of fear, a reaction to the same dilemma that many immigrant stories, including The Big Sick, also struggle with: How much is a lifetime of sacrifice worth in order to bring children up in a land of opportunity, when that very opportunity means your children may have no interest in adhering to the culture you seek to impart? It's a problem without a true solution, and Nisha has no way out, because now that her family has decided she brings shame to them, there's little she can do to put things back to normal.

Haq keeps the action framed tight on Nisha throughout, so that we find ourselves, like the heroine, desperately canvassing for exits in every scene. But the technique, supplemented by an angry score, also makes the film a brittle experience that doesn't always come across as nuanced as its writer-director intends. We see this in some of the characterization: While the father is torn between love for his daughter and fidelity to social norms, the mom becomes a cartoon, prattling on about how "people will finally respect us" once she can purge every promiscuous thought from Nisha's head. (Here Haq repeats herself from her first feature, 2013's I Am Yours, which also had a Pakistani mother who could think only of social status when contending with her daughter's life.)

Stories like What Will People Say might be the hardest kinds of immigrant narratives to tell, because they complicate the often simplistic portrait of leaving hardship in one country for a "better" life in another. But they're also the most essential. The chasm within Nisha's family exists in many others, as well, and it's one that not everyone will be able to bridge or leap across. But a world that's coming together more every day must find a way to keep all these new connections from breaking us apart.