Accessibility links
For Nathan Salsburg, The 'Third' Time Really Is A Charm What best differentiates Salsburg from his field is the incandescence of his playing, or the feeling that he writes and plays guitar largely because he loves the work as much as he does the results.

For Nathan Salsburg, The 'Third' Time Really Is A Charm

For Nathan Salsburg, The 'Third' Time Really Is A Charm 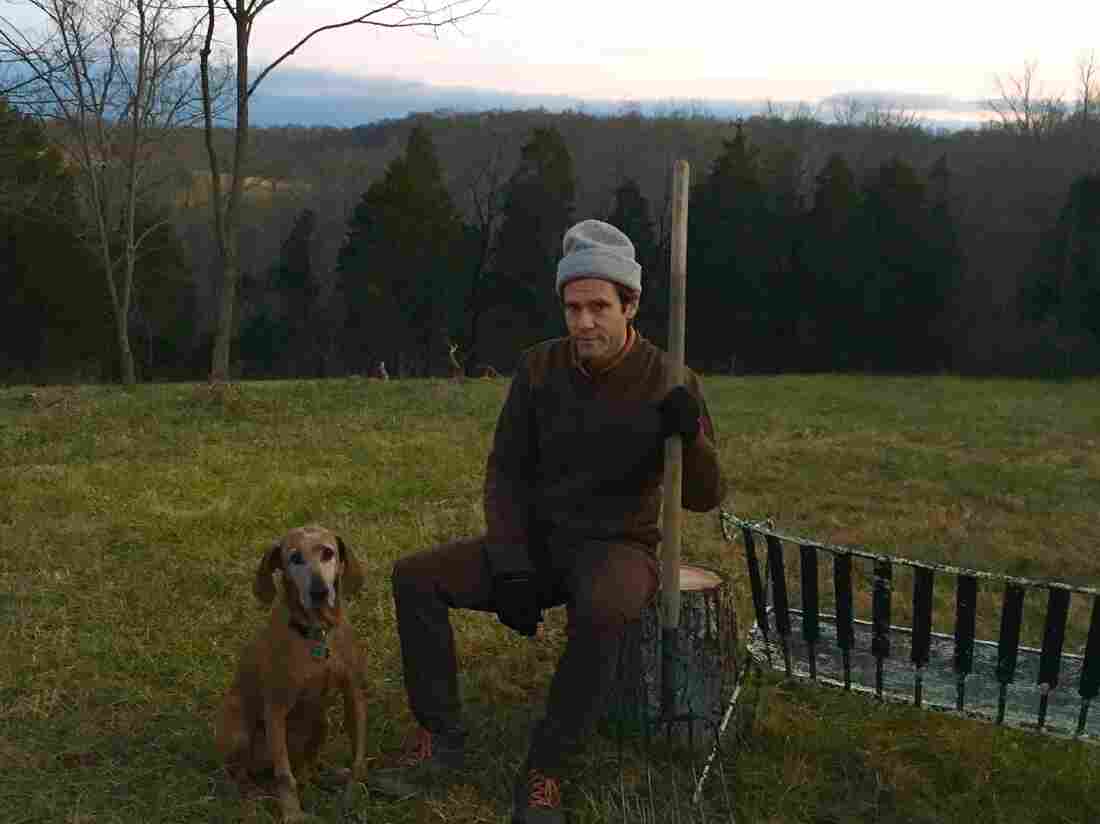 Nathan Salsburg's Third is out July 20 via No Quarter. Joan Shelley/Courtesy of the artist hide caption 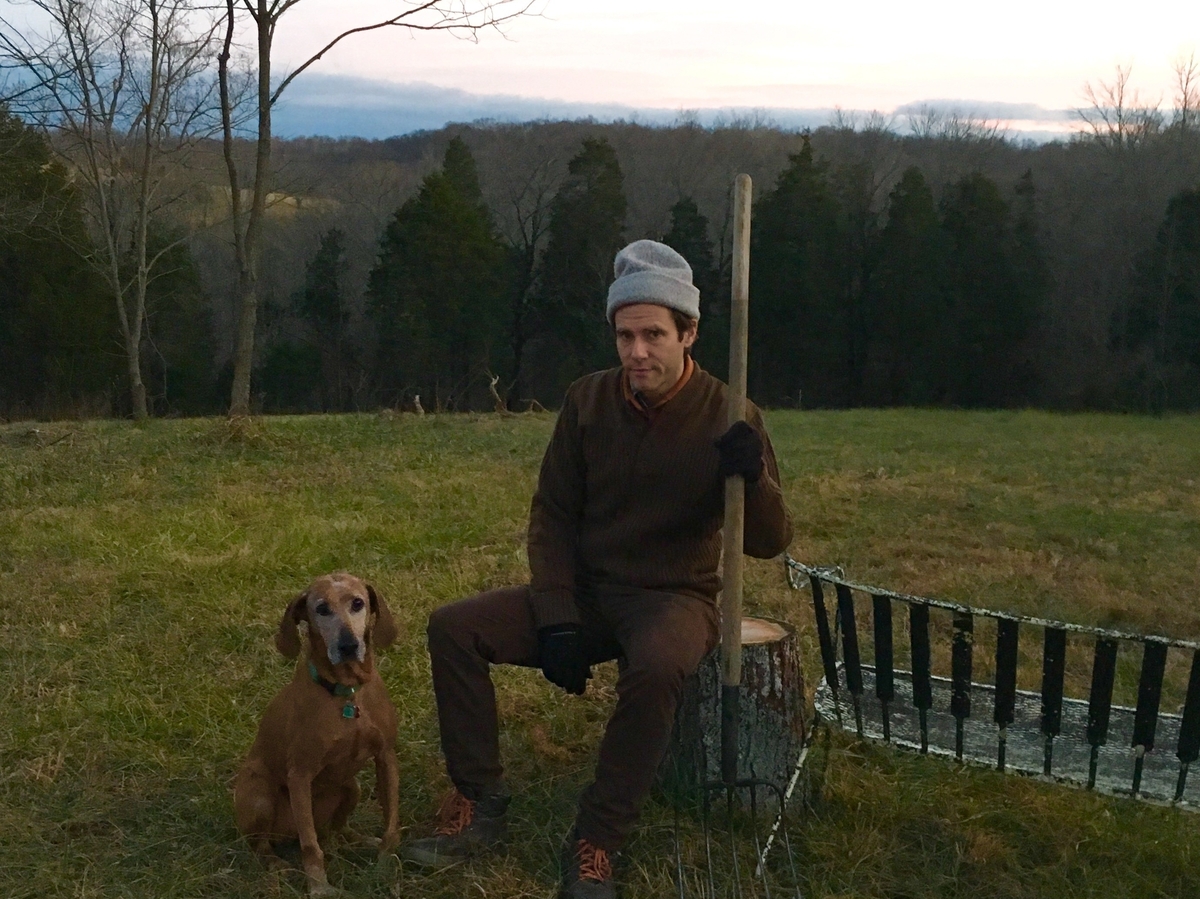 Nathan Salsburg's Third is out July 20 via No Quarter.

Joan Shelley/Courtesy of the artist

For someone who has developed a reputation as one of this decade's most erudite and elegant acoustic guitarists, Nathan Salsburg has a curiously slim catalog of solo six-string work. In fact, Salsburg's endearing new album — functionally titled Third, as it's the third set he has issued under his own name — is somehow his first to feature only acoustic guitar. In the past, he's peppered records of rippling acoustic tunes with the occasional vocal folk song, his Appalachian baritone as solid as a piece of sculpted oak. And during the span since 2013's Hard For To Win And Can't Be Won, he's been busy as the guitarist for singer Joan Shelley, a collaborator to Bonnie "Prince" Billy and Jim Elkington, and a contributor to a string of recent top-shelf singer-songwriter efforts.

But for Third, he foregoes both singing and special guests, going it alone to make clear what his career has long suggested: Salsburg's writing is as sophisticated as his playing is joyous, and that aforementioned reputation is well deserved.

Salsburg starts here with "Timoney's," a thesis of sorts for all of Third. He begins with a riverine theme, played simply and cleanly, low notes shaping a landscape for the sparkling melody overhead. During the next three minutes, Salsburg stunts and bends and stretches the theme again and again, sliding high when the melody should go low or indulging repetition when you expect a progression. The warmth of the tune itself and the tangents it takes balance feelings of anxiety with contentment, as if pure happiness makes Salsburg leery. That emotional indecision is a Salsburg hallmark. "Impossible Air," for instance, works as much as a back-porch ode for a beautiful sunset as it does an elegy for a friend gone too soon. Does "A Hovering" breathe a sigh of relief or furrow its brow with worry? Salsburg suggests that a song can do both at the same time.

That isn't necessarily atypical for instrumental music, of course. On Third, what best differentiates Salsburg from his rather crowded field is the incandescence of his playing, or the feeling that he writes and plays guitar largely because he loves the work as much as he does the results. To wit, these songs were penned over the course of several years during rare breaks from tours and sessions. You can hear this enthusiasm at every turn, in the way his fingers seem to flutter and land on the strings during "B.B." like a bird on a wire, or the way you can imagine his lanky frame moving in an unintentional pas de deux with his guitar during the dazzling "Sketch from Life." These aren't academic or experimental indulgences for Salsburg; they are stories, jubilantly turned into sound.

Apart from his recording career, Salsburg is an active archivist. He works as the curator for the Alan Lomax Archive at the Association for Cultural Equity, an inspired organization that aims to preserve the world's traditional sounds. And he compiled the great 2012 box set Work Hard, Play Hard, Pray Hard, a spirited set of tunes about the joys and travails of rural life made between the World Wars. As with his playing, you can hear his zeal for such missions throughout Third. Take his turn on "Planxty Davis," an Irish hornpipe dance that the guitarist Nic Jones translated into a sublime six-string tune during a prior folk revival. Salsburg updates the Jones version with a grin, his notes brighter and his phrasing crisper, adding an emotional push and pull that seems to have gone missing in his mentor's take.

During "Ruby's Freilach/Low Spirits," he shifts seamlessly between the prior's klezmer celebration and the latter's halting moan, where the blues seem to drag themselves around by their tail. Salsburg uses the same melody and basic shape to convey two very different feelings through seemingly disconnected forms. It's a delightful work of synthesis that's powered by Salsburg's ability to have fun and move freely within various moods and modes, an essential element of the folk tradition often lost among puritanical revivalists. Salsburg absorbs and celebrates the past but cherishes the need to create something of one's own from it. By that measure, the Third time really is the charm.