Accessibility links
'I Know How Far I Can Go': Black Entrepreneurs Overcome Challenges In Brazil Salvador, the capital of Bahia state, has become a hub for black-owned businesses. A startup accelerator there supports companies based on their potential for social and economic impact. 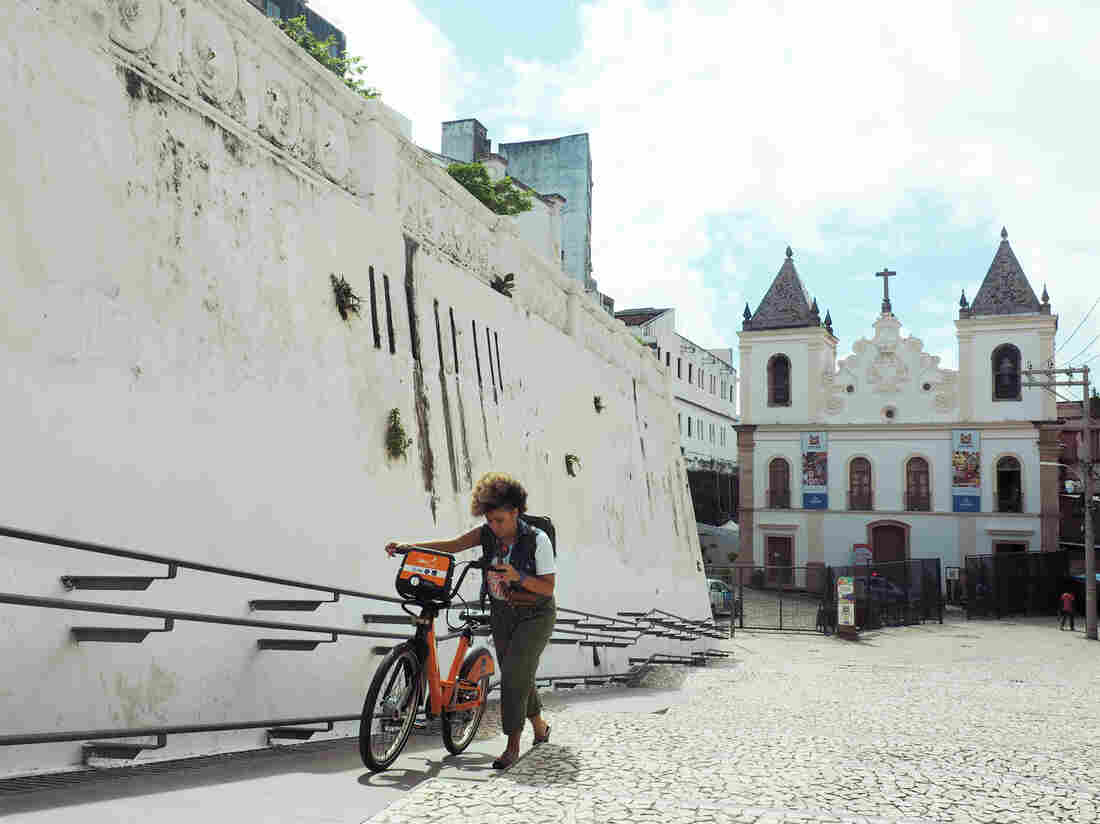 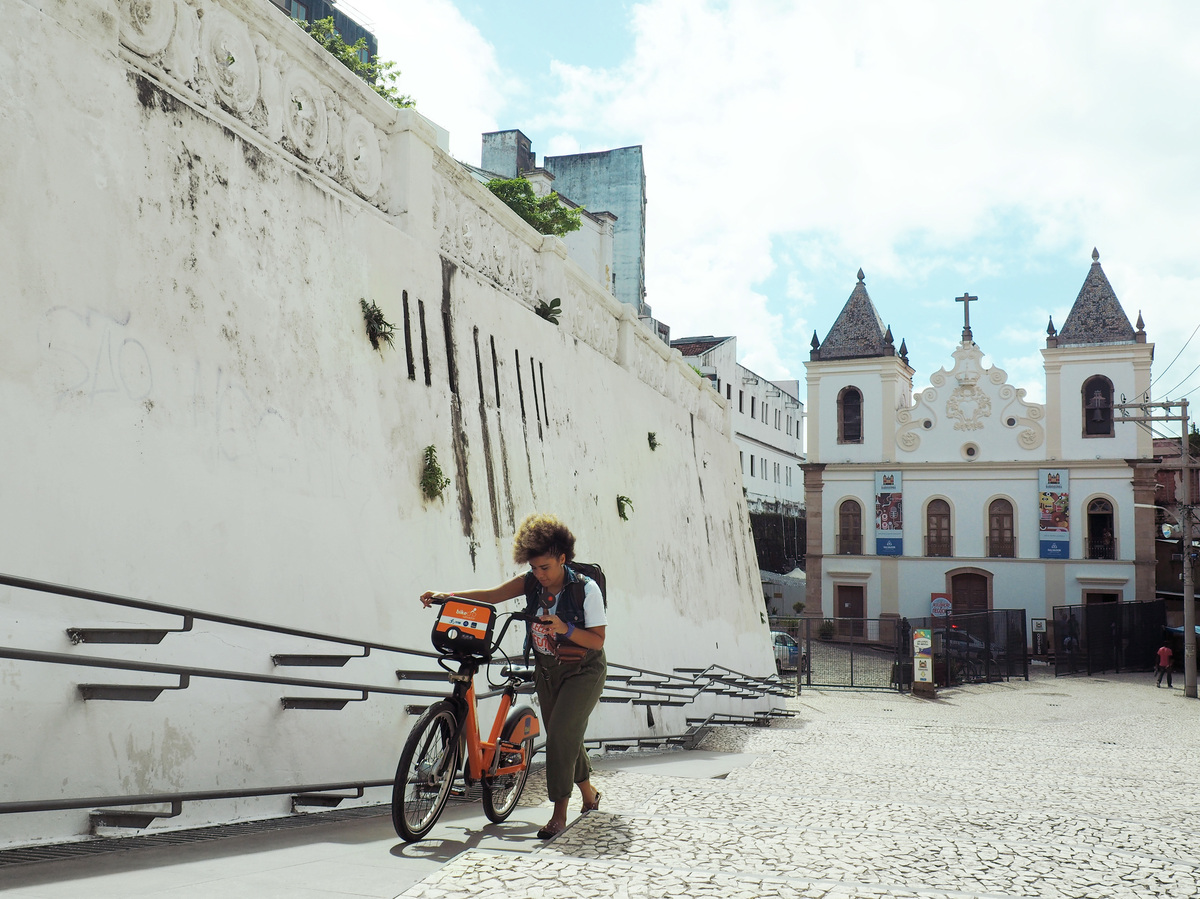 Afro-Brazilian culture is so central to Brazil's port city of Salvador that the city has earned the nickname Roma Negra, or "Black Rome." The nickname resonates with Brazilians who recognize Salvador as a black cultural and intellectual capital — a place where city and culture are as deeply intertwined as Christianity is with Rome.

Afro-Brazilian drummers, snack vendors and visual artists hum through Salvador's streets and plazas. These cultural fixtures are also small businesses — and their challenges are emblematic of those shared nationwide by black Brazilians in business.

Souvenir salesman Paulo Costa wants to expand, he says, but "it's really hard. No one makes this investment."

"The data points to structural barriers to black Brazilians advancing in the labor market, including racial prejudice," says Alexandre Loloian, an economist with Seade, a São Paulo statistics bureau. 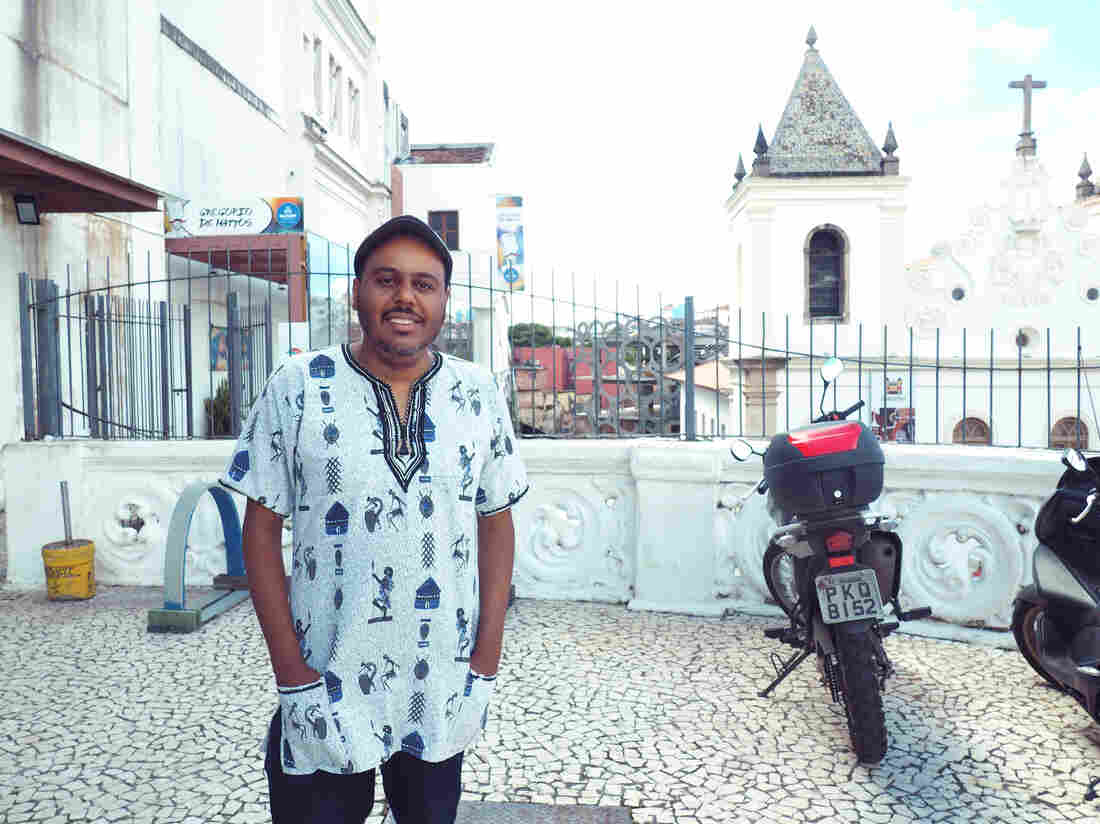 Paulo Rogério Nunes is a cofounder of Dendê Valley, a consultancy and startup accelerator in Salvador. Catherine Osborn/NPR hide caption 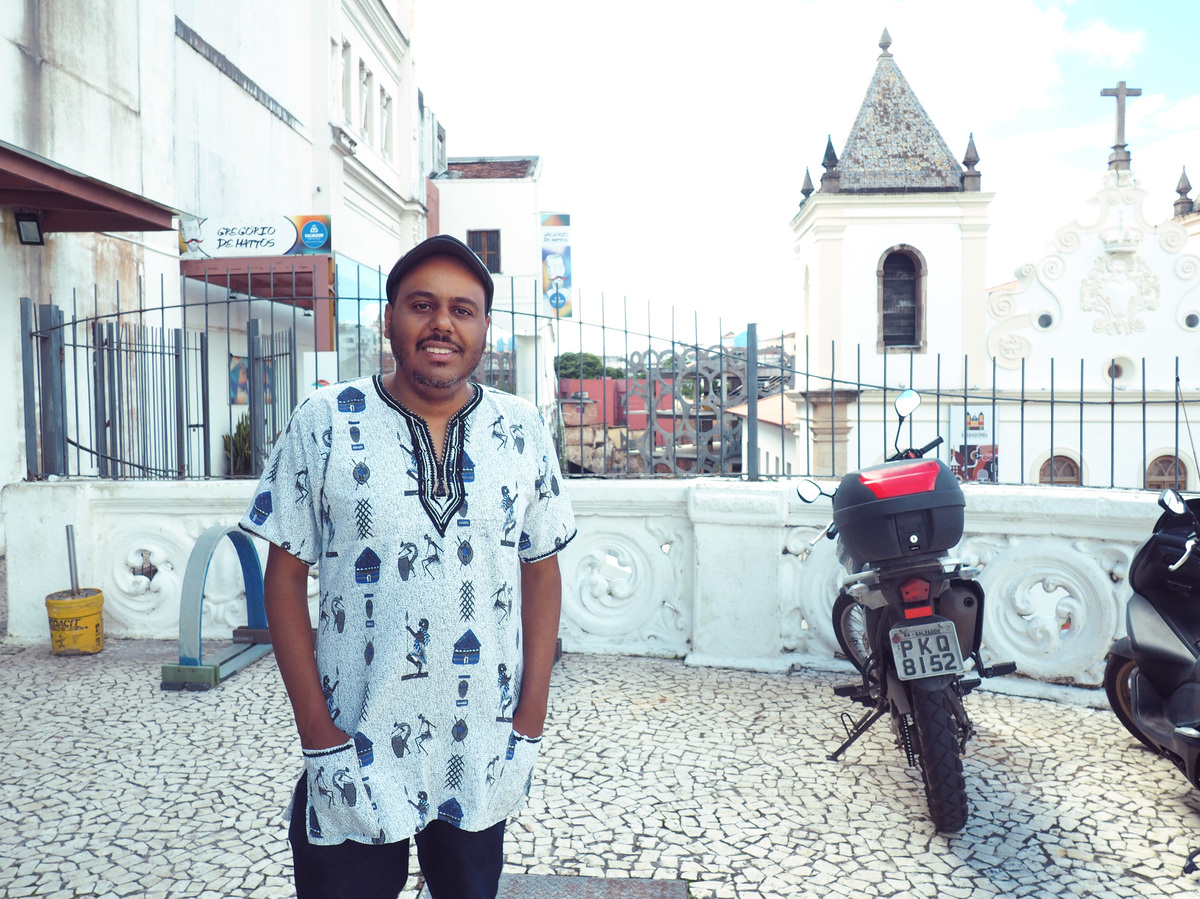 Paulo Rogério Nunes is a cofounder of Dendê Valley, a consultancy and startup accelerator in Salvador.

Slavery, in practice for more than 350 years, lasted in Brazil until 1888, later than anywhere else in the Americas. Only within the last six years did Brazil begin requiring affirmative action policies in public universities and government bodies, which are now required to accept quotas of black applicants.

"No one likes to say it out loud, but Brazil is still all too comfortable with the idea of slave labor," says Loloian.

But more and more young Afro-Brazilian entrepreneurs have been starting new businesses promoting their identity — and they are receiving support. Salvador, the capital of the northeastern state of Bahia, has become a hub for Brazilians trying to reduce the racial wealth gap. A strategy known as "black money" is coaxing resources toward black-owned businesses, with the idea that consumer and funder preference for these companies strengthens the black community as a whole.

"This strategy has been around since the 19th century, when some black Brazilians would team up to buy others' freedom," explains Paulo Rogério Nunes, a co-founder of a Salvador startup accelerator and consultancy geared to black entrepreneurs.

"I wasn't seeing many black people on dating apps"

The accelerator that Nunes and three others co-founded has dubbed itself Dendê Valley, a reference to Silicon Valley but with a nod to dendê, palm oil, an important ingredient in Afro-Brazilian cuisine. Through its doors pass what Ítala Herta, another co-founder, calls "high-potential entrepreneurs who have been underestimated" because "they don't have the profile that investors are used to: white and wealthy."

Dendê Valley prioritizes entrepreneurs who are black, women and residents of Salvador's peripheries, and trains them in order to strengthen their business plans and "to make them more competitive when pitching investors," says Nunes. Demand is high: This year, 107 companies applied for the accelerator's 30 spots.

Twenty-nine-year old Lorena Ifé's journey to Dendê Valley began, she says, in January 2017, "when I realized I wasn't seeing many black people on dating apps" — even though she knew that 80 percent of Salvador's population is black.

Ifé had just begun dating after a breakup. As the mother of a toddler, she had limited time for spontaneously meeting a partner. She also wanted to form new friendships, in part to be able to "go out in places that are majority-white" — bars in the city center, for example, instead of its sprawling outskirts — "and feel safe and comfortable."

So she started a Facebook group for black Brazilians to meet and plan social and romantic outings, naming it Afrodengo after a slang word meaning "show of affection" or "loved one." Within a week, 5,000 people asked to join. One year, two Afrodengo marriages, and a packed online album of couple selfies later, Ifé applied to Dendê Valley to develop Afrodengo into an app and business. Hers became one of the 30 companies chosen for the 2018 acceleration round, and Afrodengo now has more than 44,000 members. 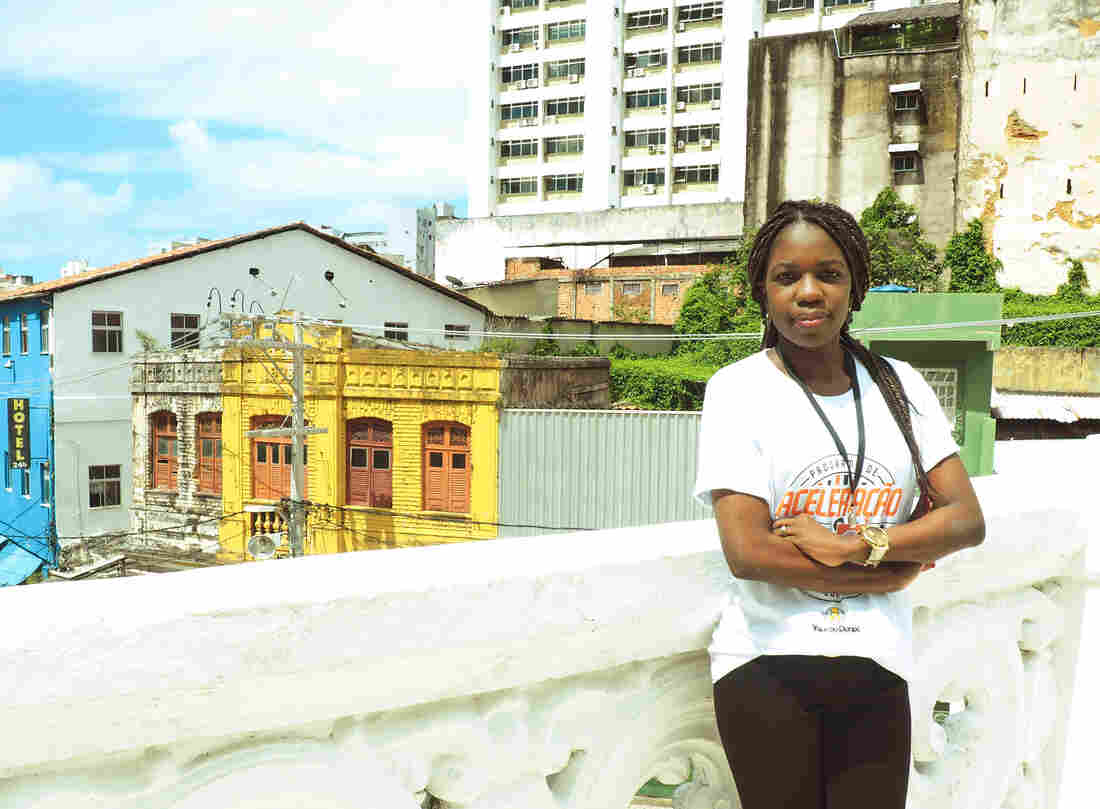 Sauanne Bispo do Nascimento is the founder of Go Diaspora, an agency that facilitates cultural and educational exchanges. Catherine Osborn/NPR hide caption 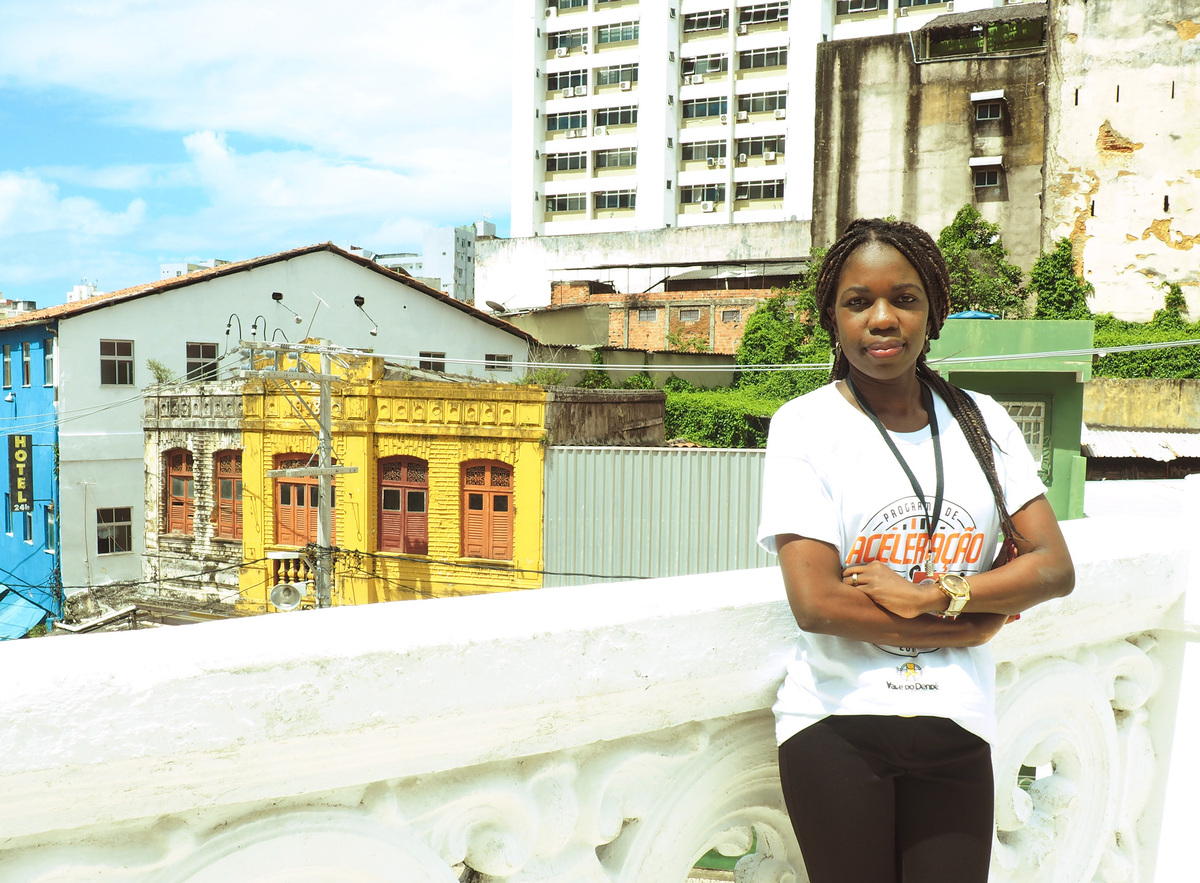 Sauanne Bispo do Nascimento is the founder of Go Diaspora, an agency that facilitates cultural and educational exchanges.

Dendê Valley, which is funded by Brazilian foundations, chooses startups to support based on social impact as well as business return. Lívia Suarez, 31, runs a company called La Frida Bike, catering to women from city peripheries. She has trained 200 black women and girls how to cycle. Cycling improves women's health and independence, she says, adding there is a powerful symbolism to being able to "occupy the city" — especially in Salvador, whose colonial architecture recalls its past as one of the largest slave ports in the Western Hemisphere.

Now, every Saturday morning, a group of black women cyclists led by Suarez chattily pedals through its streets. It's a social activity on the side of money-making bike rentals and repairs, but Suarez says it is central to the company's mission.

The "major challenge" of investment

Dendê Valley's 30 startups took part in a business plan and legal boot camp in April. Several are currently considering whether to carry out a certification process to become "B Corporations," signaling their transparency and social impact. Their next step, securing investment, "remains a major challenge," says Dendê Valley's Nunes.

A Day In The Boat Life On The Amazon River

He and colleagues teach founders about public credit options and funds focused on diversity, such as the Kellogg Foundation's Fundo Baobá, which has a history of funding black-owned social enterprises. They also facilitate direct introductions with potential funders.

In late July, the accelerator will take 10 of its startup leaders who won a pitch competition on a trip to meet investors in São Paulo. They've also been invited to apply to present at next year's South by Southwest festival in Austin, Texas.

Herta, who previously ran an event production company, says funding difficulties for black business owners are worsened by bureaucracy and low caps on both government and private credit lines in Brazil.

"The national development bank overwhelmingly opens its pockets for huge corporations," she says. "It is a stimulus that disregards Brazil's reality and misses a chance to make the economy more dynamic." 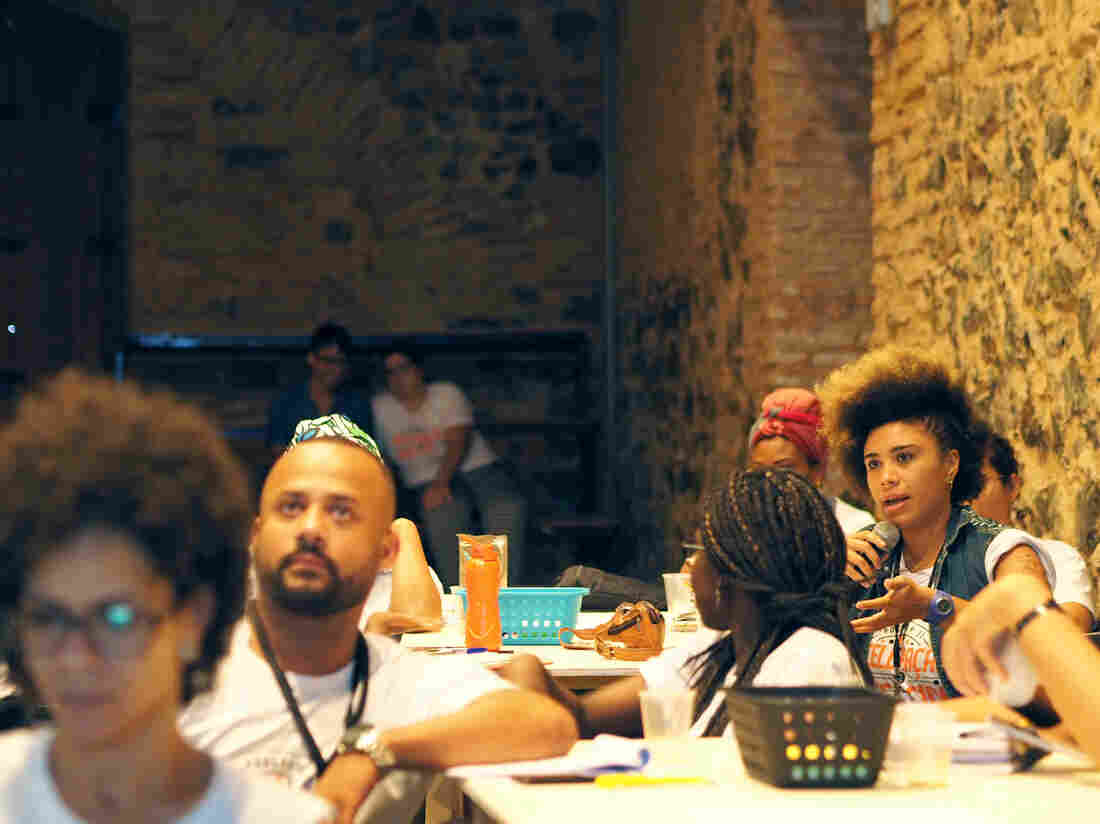 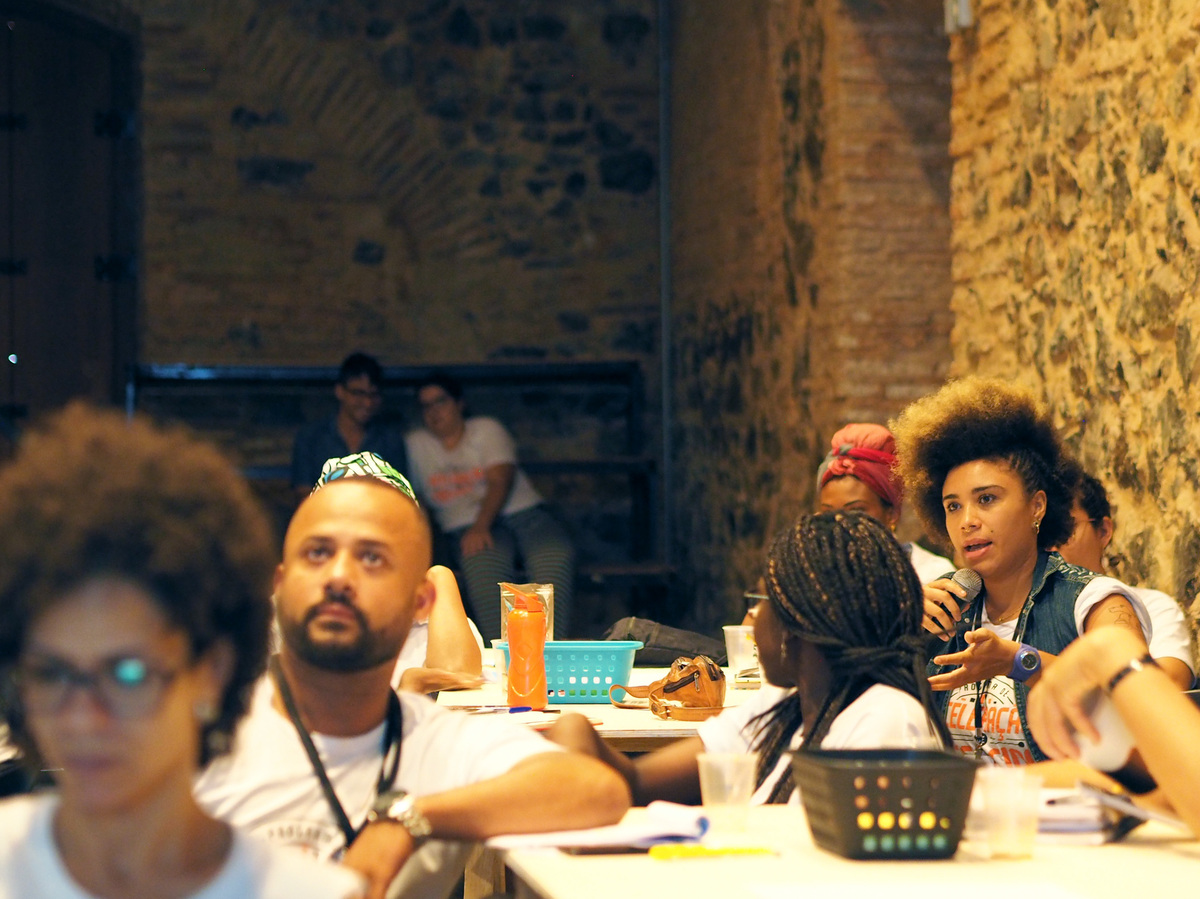 That critique of the bank is so common that its planning director and evaluation director addressed it in an op-ed in O Globo this month, writing, "It falls to [the bank] to act in a transparent way and evaluate its contribution to development." The bank has announced it will test a new line of credit for small businesses this year, and it plans to launch a startup accelerator in 2019.

Nunes will study the new options and work to make Dendê Valley applicants competitive, he says, but questions whether there will be "a clear policy of affirmative action to attract more black and female entrepreneurs to participate."

"'Black' is something valuable"

In the meantime, Dendê Valley has teamed up with other Brazilian accelerators in São Paulo, Belo Horizonte and Rio de Janeiro to raise a million-dollar fund for black and working-class entrepreneurs from investors in Brazil and beyond.

Conta Black, a financial technology startup in São Paulo that offers low-interest credit, financial education and other services, launched last year with an eye on clients in Brazil's expanding black money ecosystem. Branding focuses on "the message that 'black' is something valuable," says co-founder Fernanda Leôncio, adding that "all types of people are encouraged to join."

The company predicts it will more than triple its client base this year. Its founders are betting on a quality they say accompanies black and working-class Brazilians through boom and bust economic cycles: resilience.

"How would we have survived without entrepreneurship?" says Sauanne Bispo do Nascimento, whose startup facilitates cultural and educational exchanges.

Despite burglary of her offices and a loan refusal from her longtime bank, the 32-year-old has sent over 400 clients abroad and became one of 10 winners of Dendê Valley's pitch competition this year.