Accessibility links
Jury Awards $4.7 Billion To Women In Johnson & Johnson Talcum Powder Suit The verdict, reportedly the largest ever in such a case, was awarded to 22 women and their families who claim asbestos in the powder contributed to their ovarian cancer. The company plans an appeal. 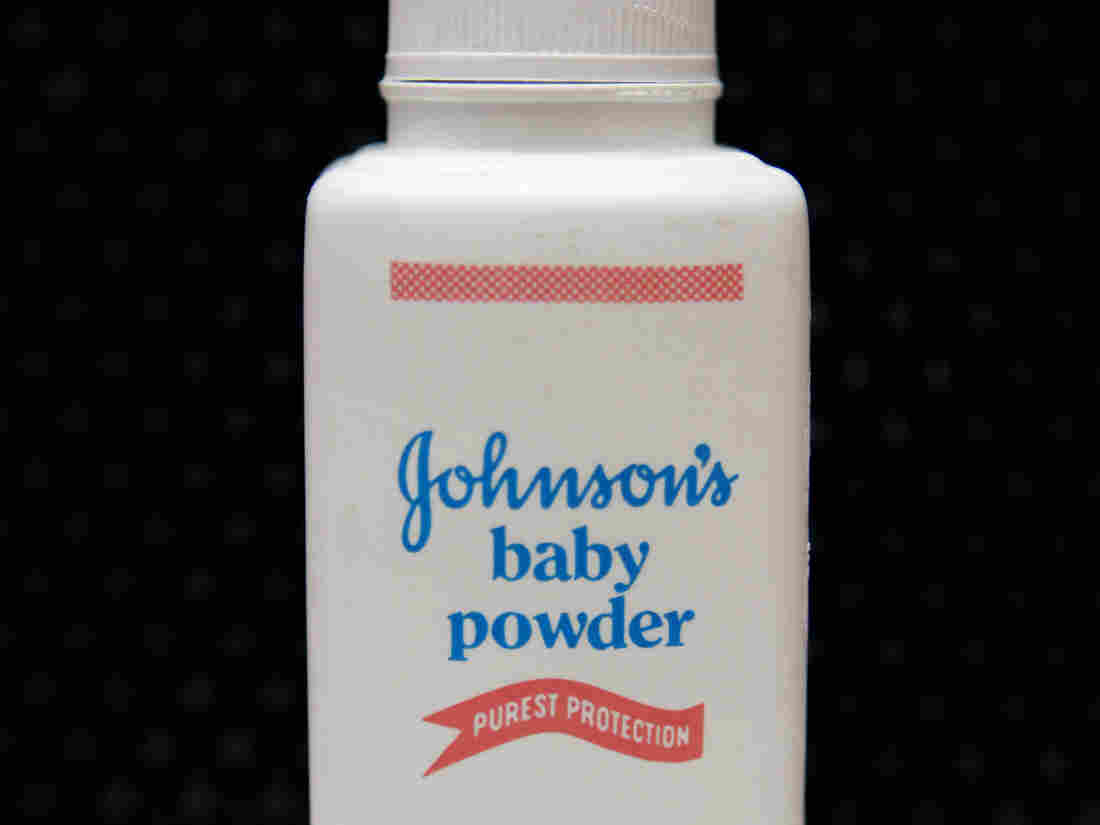 According to MarketWatch, Johnson & Johnson "has been fighting more than 9,000 talcum-powder lawsuits with mixed success. It says its signature powder has always been safe and asbestos-free." Jeff Chiu/AP hide caption 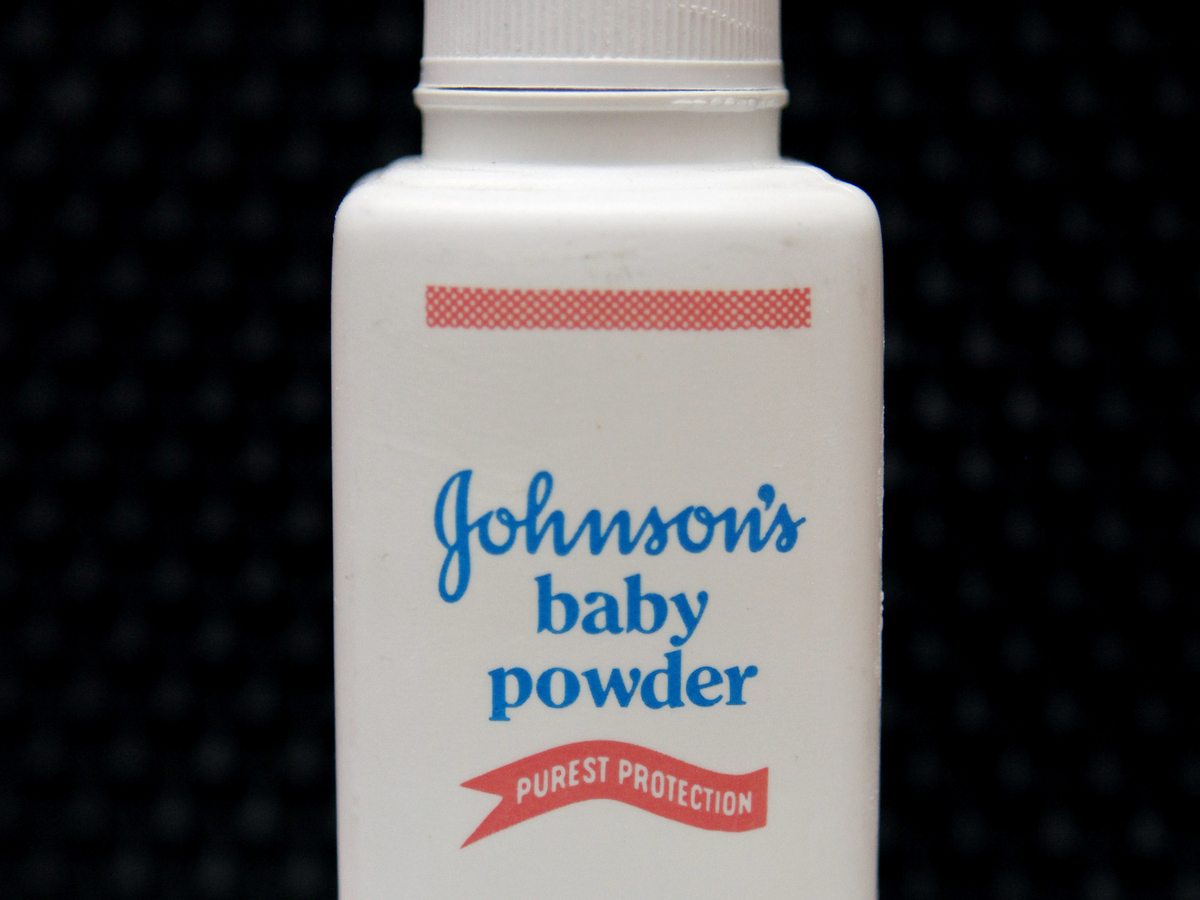 According to MarketWatch, Johnson & Johnson "has been fighting more than 9,000 talcum-powder lawsuits with mixed success. It says its signature powder has always been safe and asbestos-free."

Johnson & Johnson has been ordered to pay nearly $4.7 billion in damages to 22 women and their families who say asbestos found in the company's talcum powder contributed to their ovarian cancer.

The St. Louis Circuit Court jury awarded $4.14 billion in punitive damages and $550 million in compensatory damages to the plaintiffs, who said the company failed to warn about the cancer risks.

According to MarketWatch, the punitive damages award was "the biggest single verdict in such cases so far."

In a statement on Thursday, Johnson & Johnson said it was "deeply disappointed" by the verdict and would appeal the decision.

"Johnson & Johnson remains confident that its products do not contain asbestos and do not cause ovarian cancer and intends to pursue all available appellate remedies," spokeswoman Carol Goodrich said.

"Every verdict against Johnson & Johnson in this court that has gone through the appeals process has been reversed and the multiple errors present in this trial were worse than those in the prior trials which have been reversed," she said.

According to MarketWatch, "Punitive damages, especially those many times higher than the compensatory damages, are often reduced by the trial judge or reversed on appeal. The company has been fighting more than 9,000 talcum-powder lawsuits with mixed success. It says its signature powder has always been safe and asbestos-free."

The New York Times adds, "The company has said concerns about talc's being linked to cancer are based on inconclusive research. ... And according to the National Cancer Institute, claims that talc used for feminine hygiene purposes can be absorbed by the reproductive system and cause inflammation in the ovaries are not supported by 'the weight of evidence.' "

Last year, a judge threw out a similar case against Johnson & Johnson involving a $417 million jury award. At the time, Los Angeles County Superior Court Judge Maren Nelson granted the company a new trial, saying there were errors and jury misconduct in the original trial.

A lawyer for the plaintiffs, Mark Lanier, told the Times that six of the women had died and that the remaining 16, along with friends and relatives, were in the courtroom for the verdict.

"We hope this verdict will get the attention of the J&J board and that it will lead them to better inform the medical community and the public about the connection between asbestos, talc, and ovarian cancer," Lanier said, according to AP.

Reuters writes, "The majority of the lawsuits that J&J faces involve claims that talc itself caused ovarian cancer, but a smaller number of cases allege that contaminated talc caused mesothelioma, a tissue cancer closely linked to asbestos exposure."