Accessibility links
Trump Calls Criticism of British PM May "Fake News" After slamming Prime Minister Theresa May in a British tabloid on her decisions carrying out Brexit, President Trump said at a joint press conference that May is doing a "terrific job." 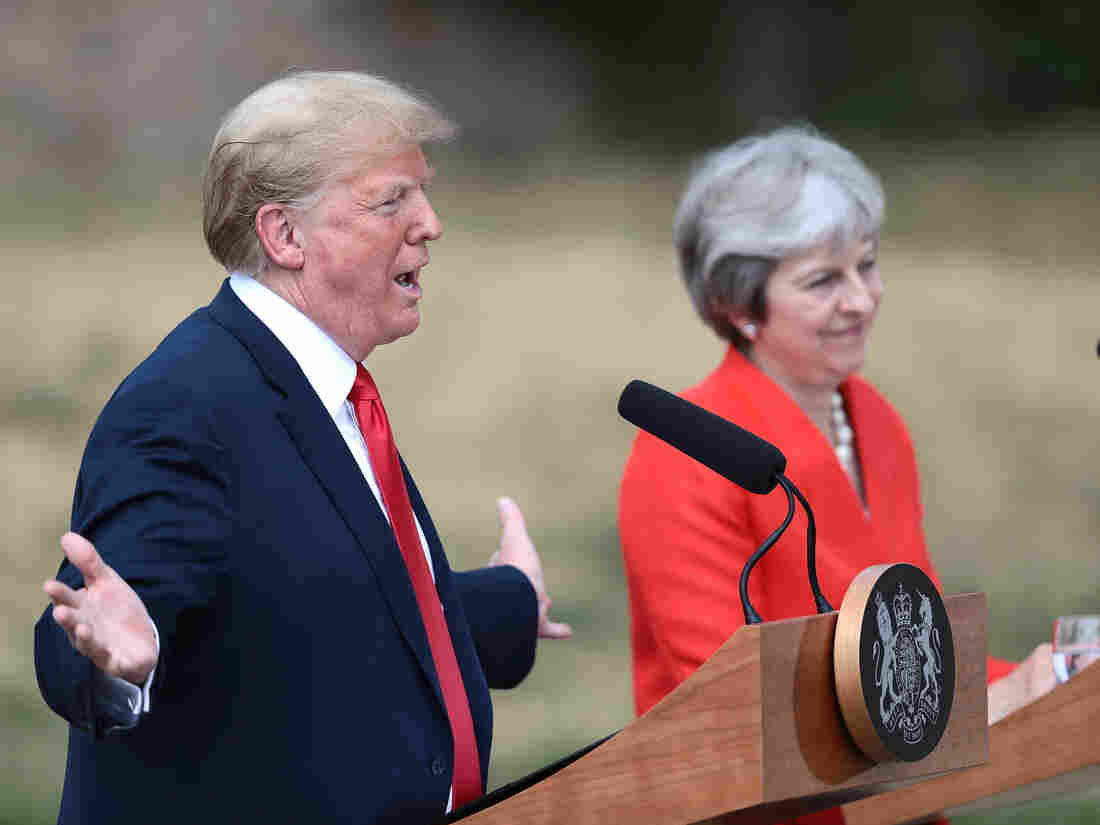 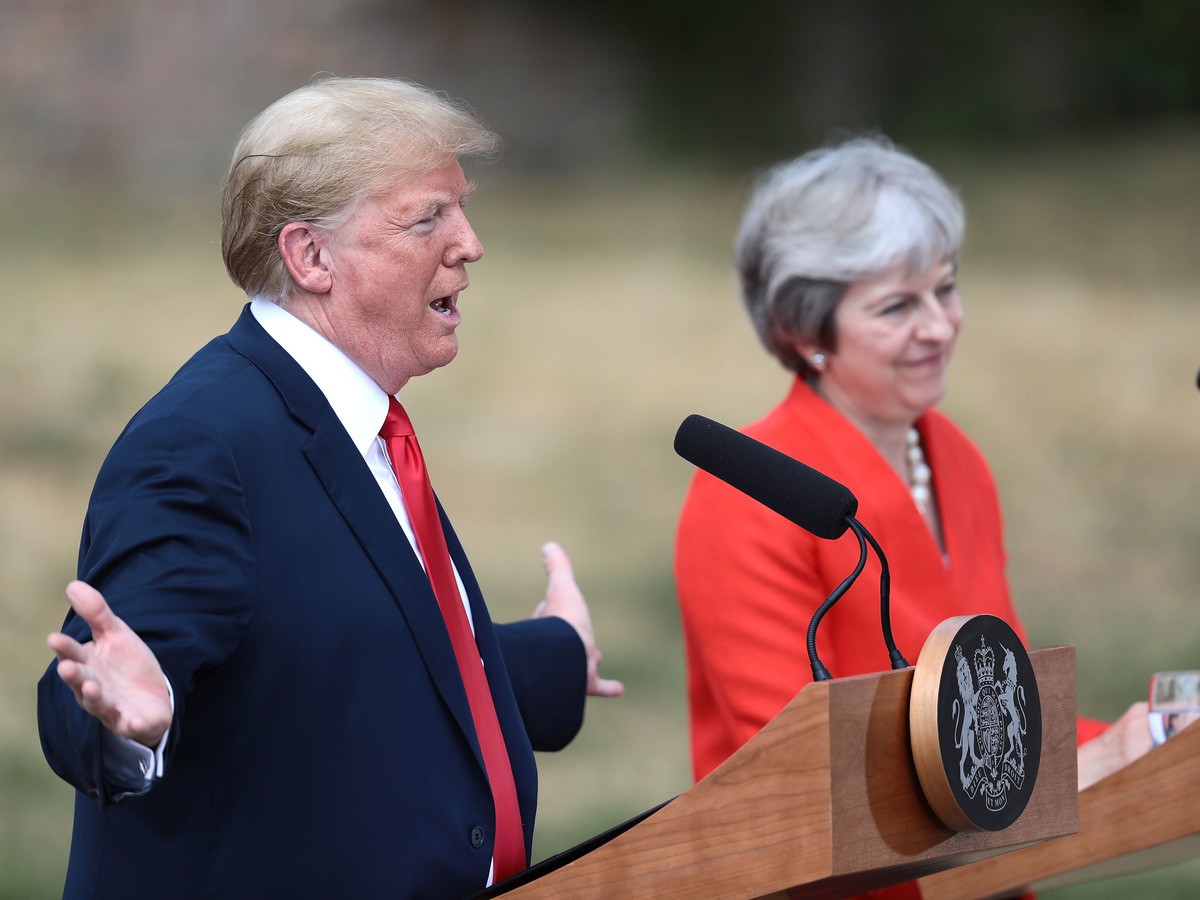 President Trump denied criticizing British Prime Minister Theresa May on her home soil Friday, despite being quoted in an interview with a British tabloid saying she had gone "the opposite way" and ignoring advice he gave her regarding Britain's withdrawal from the European Union.

In a wide-ranging news conference alongside May, which followed a meeting at the prime minister's country estate, Chequers, Trump also said that immigration had been "very bad for Europe" and is changing the culture there.

Trump said he would "absolutely, firmly" bring up the issue of Russia's interference in the 2016 presidential election when he meets with Russian President Vladimir Putin on Monday. But Trump said he doubted there would be a "Perry Mason" moment in which Putin would admit wrongdoing.

Trump declared as "fake news" his criticism of May in an early Friday interview in The Sun, even though the tabloid released a recording of the session. In the interview, Trump said he would have done Brexit "much differently. I actually told Theresa May how to do it, but she didn't agree, she didn't listen to me." Instead, he said, May went "the opposite way" and the results have been "very unfortunate." Trump said May's Brexit strategy would "kill" any chance of a trade deal between the two countries.

The president also told The Sun that that Boris Johnson, an opponent of May's "soft Brexit" policy, who quit as U.K. foreign minister this week, would make a great prime minister.

But standing beside her on Friday, Trump seemed to go out of his way to lavish praise on the British leader, offering a rare apology and saying, "This incredible woman right here is doing a fantastic job."

"She's a total professional," Trump said of May. "I told her, 'I want to apologize, because I said such good things about you.' " Trump said May told him, "Don't worry, it's just the press."

Trump said the relationship between the U.S. and the U.K. "were at the highest level of special." He called the Brexit negotiations "a very tough situation" and said the only thing "I ask of Theresa" is that the two nations can trade, "because we want to trade with the U.K. and the U.K. wants to trade with us."

The president stood behind his comments to The Sun regarding immigration, saying it was "changing the culture. I think it's a very negative thing for Europe." Trump added "I know it's politically not necessarily correct to say that, but I'll say it, and I'll say it loud."

May made clear her differences with Trump on the issue, saying the U.K. "has a proud history of welcoming people who are fleeing persecution" and that overall, immigration has been good for the country.

Trump conceded that the NATO meeting in Brussels earlier this week at times got "testy" over his demands that European nations increase their spending on defense, but he said it ended with "more unity" and "more spirit" and that Putin would see those headlines, not ones that talked about the alliance's divisions.

Trump, who meets with Putin in Helsinki next week, said he would raise Russia's interference in the 2016 elections but added "I don't think you'll have any 'Gee, I did it, I did it, you got me' " response from the Russia leader. He said he would also talk about Ukraine, Syria and nuclear proliferation, calling it the biggest issue.

He blamed Russia's takeover of Crimea on his predecessor, calling it "an Obama disaster," and added that he didn't think Putin "would do it with me." He called Crimea "a bad hand" that he was trying to fix, but wouldn't go into details.

Trump also labeled CNN as "fake news" and refused to take a question from its correspondent, calling instead on a reporter from Fox News and saying "let's go to a real network."