Accessibility links
HHS: All But One Of Tom Price's Plane Trips Reviewed Broke Federal Rules The Health and Human Services inspector general says the agency wasted at least $341,000 on trips. In one case, a staff member rented a car for $345 per day — far over the allowed rate of $126.

HHS: All But One Of Tom Price's Plane Trips Reviewed Broke Federal Rules

HHS: All But One Of Tom Price's Plane Trips Reviewed Broke Federal Rules 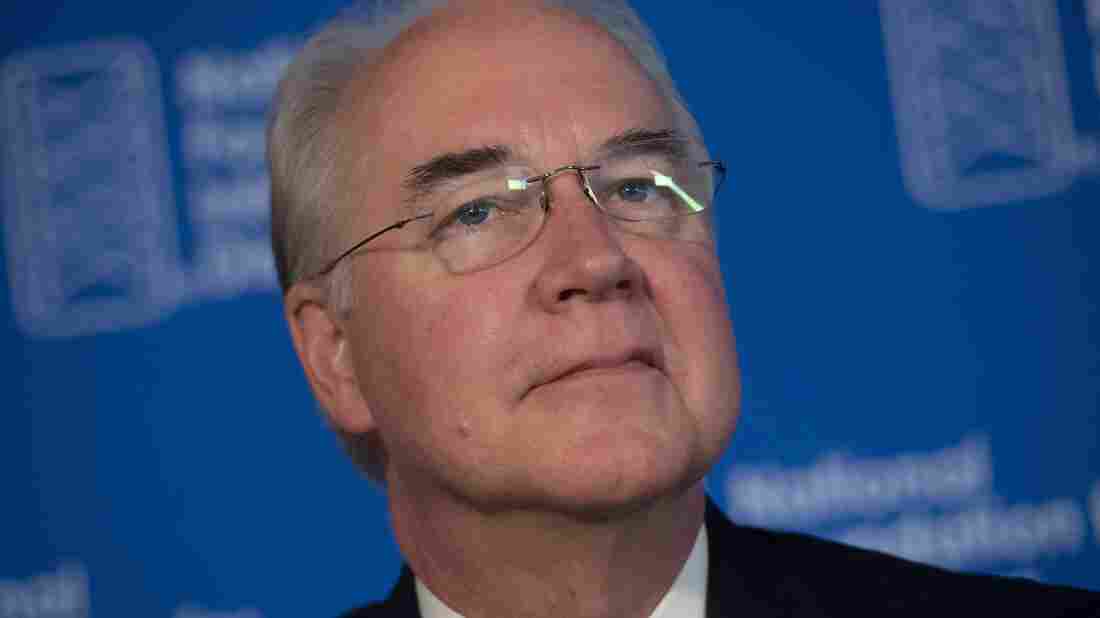 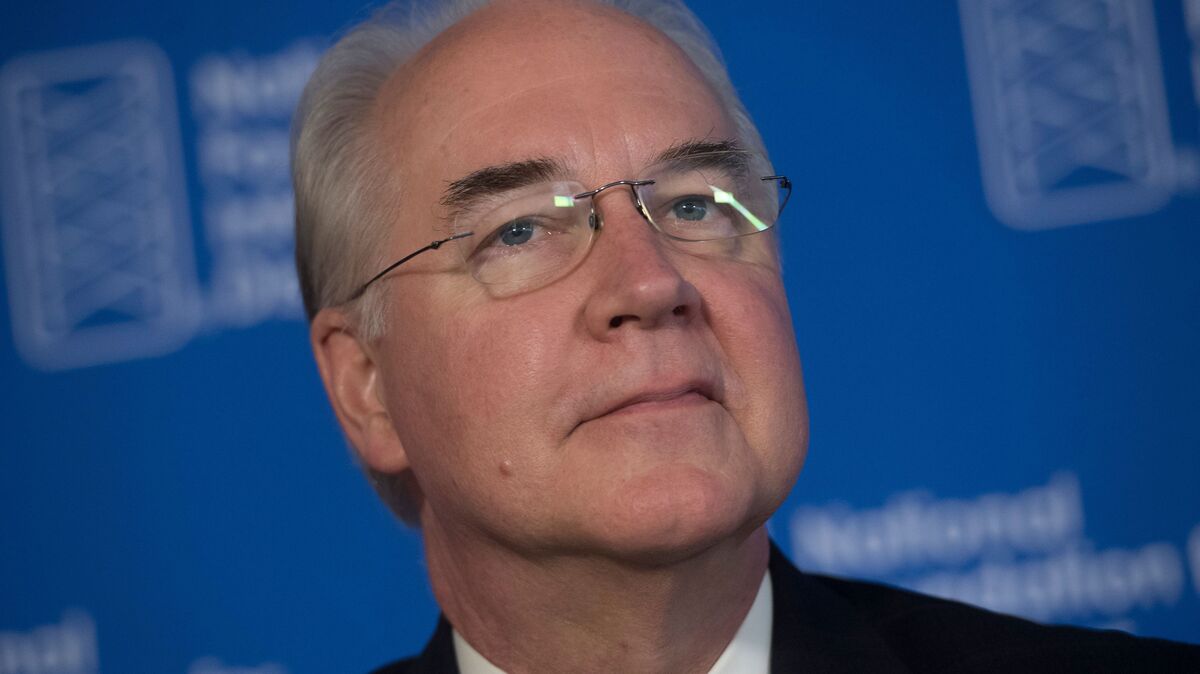 Former Secretary of Health and Human Services Tom Price routinely took trips that ran afoul of official rules, according to an inspector general's report out Friday.

While he was secretary of health and human services, Tom Price repeatedly broke federal rules on using chartered and military planes for government travel, resulting in the waste of at least $341,000 in taxpayer dollars, the HHS inspector general said in a report Friday.

Price resigned from his post last September, amid intense criticism over his use of private and military aircraft.

Out of 21 plane trips reviewed using charter, military and commercial aircraft as well as the presidential fleet, all but one of them — including 12 chartered flights — violated federal regulations, according to the report. As a result, it said, HHS "improperly used Federal funds related to former Secretary Price's Government travel."

The report from the office of HHS Inspector General Daniel Levinson says that the current HHS secretary, Alex Azar, should try to recoup the $341,000 that was improperly used.

Responding to the report, a spokesman for Price said in a statement that "the IG did not interview Dr. Price, nor attempt to get an interview."

The total cost of travel for Price and his staff on the trips in question was $1,185,045, according to the inspector general's report. Over the seven months Price led HHS, he took trips to international destinations such as Tokyo, Berlin, Geneva and Vietnam's Ho Chi Minh City, and to domestic cities from Seattle to Augusta, Maine.

As NPR reported last fall, "Most of the trips were between cities where inexpensive commercial flights were also available."

In one three-day trip from Washington, D.C., that included stops in San Diego, Salt Lake City and Aspen, Colo., the HHS overpaid by $36,313 — even though Price's itinerary included a total of less than four hours of official engagements.

Price announced last fall that he would reimburse U.S. taxpayers for chartering private planes for official travel, as NPR reported.

"Today, I will write a personal check to the US Treasury for the expenses of my travel on private charter planes. The taxpayers won't pay a dime for my seat on those planes," he said in a statement on Sept. 28.

The next day, he resigned.

The inspector general's report says Price repaid the government $51,887 for his own travel costs and $7,503 for those of his wife.

The report also faults the former secretary's office for not comparing the costs of commercial versus chartered or military planes and failing to adequately review staff members' travel vouchers and payments.

Levinson's office found several instances in which Price or HHS staff members were reimbursed for meals that had already been paid for as lodging, on their hotel bills.

In another instance, Price's office reimbursed a staff member whose travel voucher showed the employee had rented a car for $345 per day — $219 over the government's allowance of $126. On top of that, the traveler "improperly paid for pre-paid fuel totaling $70," the report states.

The report also faults HHS for failing to ensure that its staff members were trained in the government's rules.

Out of 40 HHS travelers in the report, only six completed the required training before they left town, the inspector general's office says. Only 16 of those 40 travelers mentioned in the report finished the course on rules about using the agency's charge card. And of the 12 people who approved travel payments, only seven of them completed their training.

Price's HHS office asked a travel agency to cancel and refund the $11,584 fare for a commercial flight — but the cancellation didn't go through, and it wasn't until after the inspector general's office told HHS senior officials about the charge during its audit that the amount was refunded.

In response to the report, HHS Deputy Secretary Eric Hargan issued a statement saying the agency recognizes that its processes and record keeping "could have been more comprehensive." He said the agency has instituted new travel review procedures.

Hargan also noted, " As a matter of law, none of the travel at issue was unauthorized."