Accessibility links
Maryland Investigates Russian National's Links To State Elections Software A Russian investor purchased a company that runs portions of Maryland's voter registration software systems in 2015. State officials did not know until the FBI informed them this week. 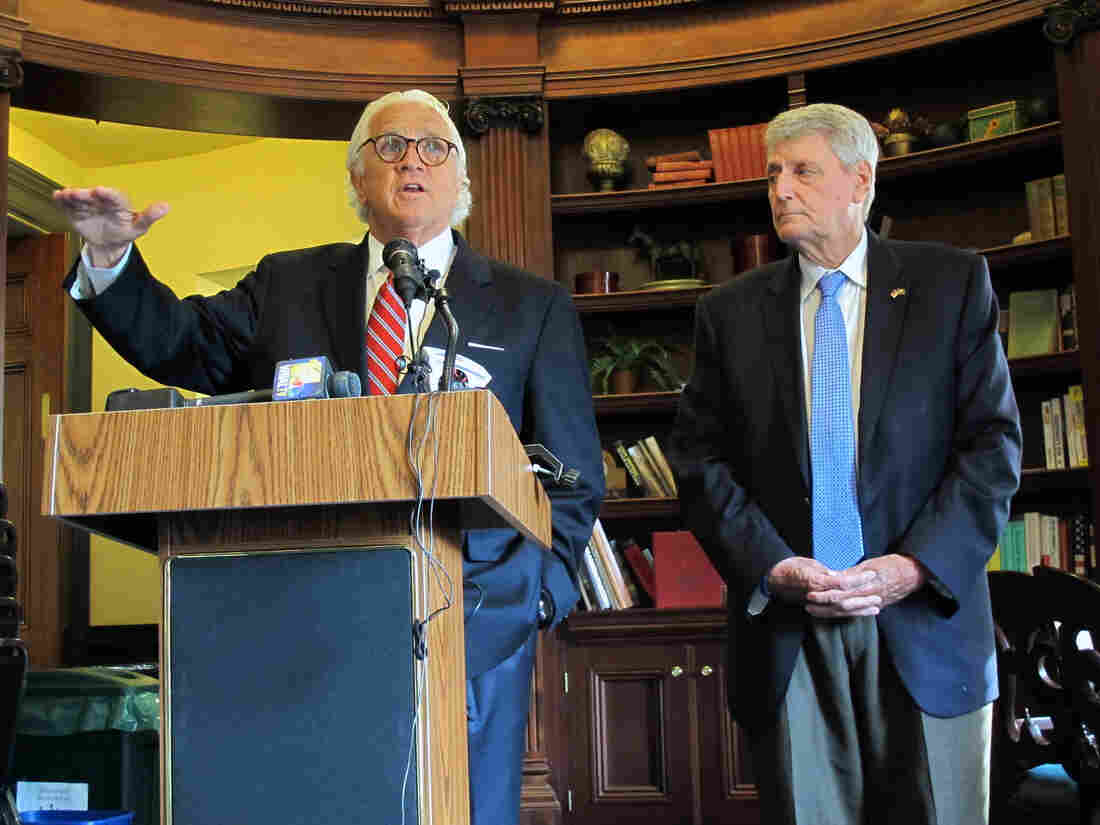 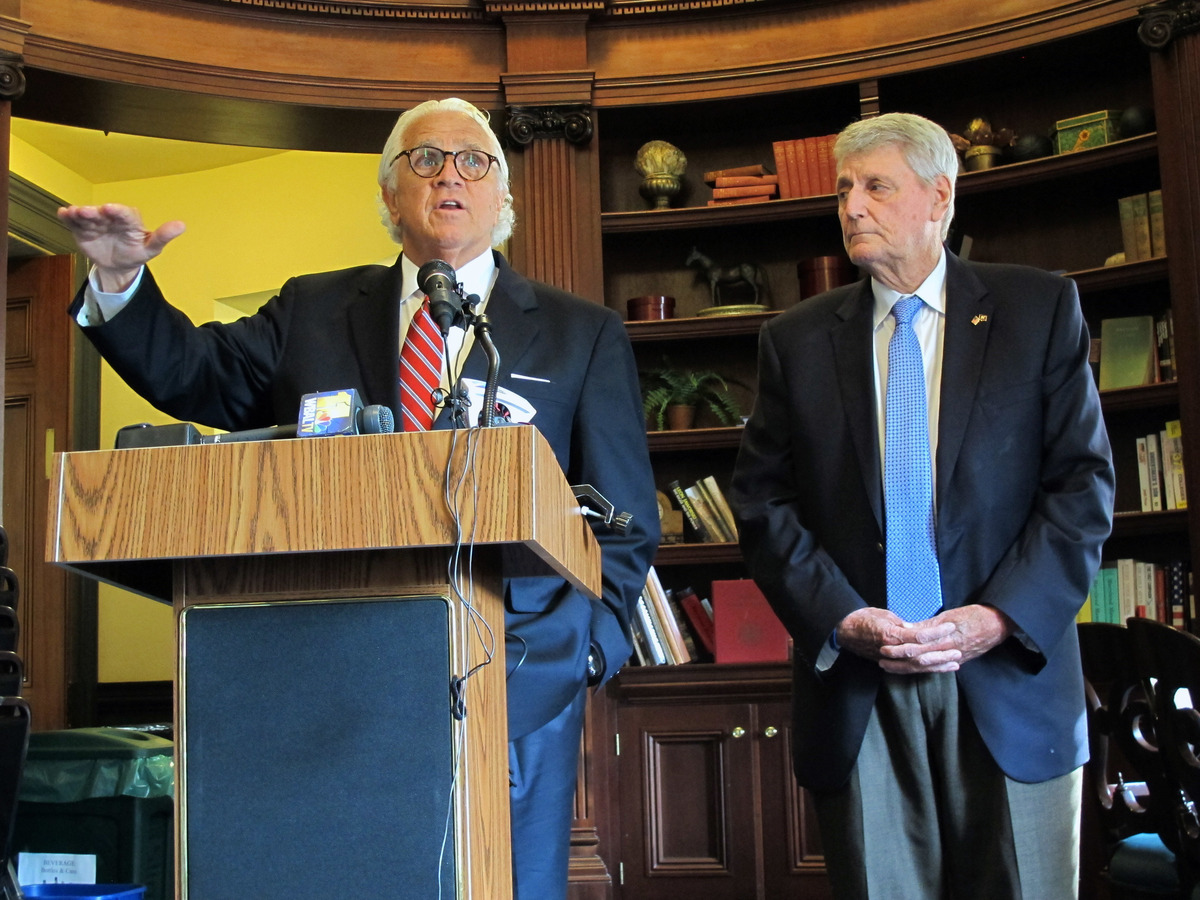 Maryland Senate President Mike Miller (left) and House Speaker Michael Busch discuss an FBI briefing they received about Russian links to a company that maintains part of the state's voter registration platform during a news conference in Annapolis, Md.

Top Maryland lawmakers announced Friday they were informed by the FBI about links between a Russian oligarch and the software company that services parts of the state's voter registration systems.

Officials said there is no evidence of a breach in the system, but wanted to keep the public informed. State officials said the connections were alarming enough to ask the state's attorney general to review the contract Maryland has with the company.

"We don't have any idea whether they meddled in the elections at all," Maryland House Speaker Michael Busch said during a Friday press conference. "We just know that there's Russian investment into the vendor system that we use to operate our elections."

The revelation came just hours after the Department of Justice announced indictments against a dozen Russian nationals for a range of charges in connection with hacking during the 2016 presidential campaign.

In a joint statement released earlier Friday, Busch and Maryland's Senate President Mike Miller said they became aware of links between Russia and the voter systems a day earlier.

"We were briefed late yesterday [Thursday], along with Gov. Hogan, [that the vendor] was purchased by a Russian investor in 2015, without the knowledge of state officials," the statement said.

Nikki Charlson, the deputy administrator for Maryland's State Board of Elections, said in a statement that her office will work to confirm that no fraudulent actions have taken place.

"[The] FBI gave this office important information about a vendor the State Board of Election uses to host various election systems. This vendor - ByteGrid LLC - hosts the statewide voter registration, candidacy, and election management system, the online voter registration system, online ballot delivery system, and unofficial election night results website. According to the FBI, ByteGrid LLC is financed by AltPoint Capital Partners, whose fund manager is a Russian and its largest investor is a Russian oligarch named Vladimir Potanin."

Potanin is said to be "very close" to Russian President Vladimir Putin, according to Busch, but that it does not appear Potanin is guilty of any wrongdoing.

Maryland's Republican Gov. Larry Hogan, in a statement, echoed calls by Miller and Busch, both Democrats, for the state's board of election to evaluate and address any vulnerabilities within its system.

"While the information relayed to us did not indicate that any wrongdoing or criminal acts have been discovered, we are fast approaching an election in November, and even the appearance of the potential for bad actors to have any influence on our election infrastructure could undermine public trust in the integrity of our election system," Hogan said.

Hogan joined Busch and Miller in writing a letter to Department of Homeland Security Secretary Kirstjen Nielsen requesting that the Office of Cybersecurity and Communications provide the state with technical support in auditing the state's voter systems network.