Accessibility links
Russia — And Grandma — Defy Expectations In 'A Terrible Country' When Andrei Kaplan returns to Moscow to care for his grandmother, he hopes to write an article based on her Soviet-era stories. But things don't go according to plan in this new novel by Keith Gessen. 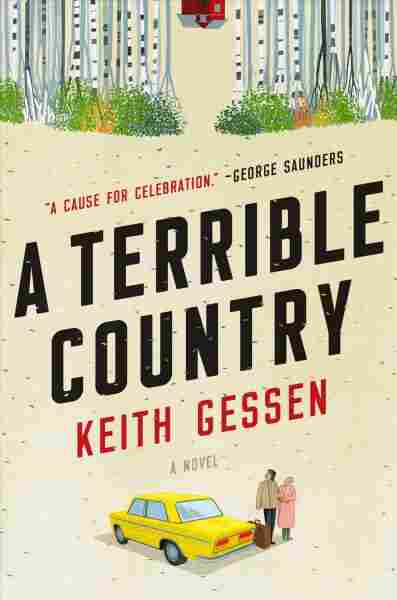 It's the summer of 2008, and Andrei Kaplan doesn't have a whole lot going for him in New York. Money's tight, his girlfriend dumped him, and, at 33, his academic career has stalled. So, at the urging of his brother, he returns to Russia, where he was born, to take care of his aging grandmother, Baba Seva.

Andrei's fantasy is that he will arrive in Moscow and Baba Seva will tell him stories of Stalinist Russia that he can turn into an academic article to jump-start his career. But that doesn't really pan out, says journalist and translator Keith Gessen, author of the novel A Terrible Country.

"Once he gets there he's disappointed to find that his grandmother hardly remembers who he is, much less various details about Stalinist Russia," Gessen explains.

On Russia not fitting his expectations

He reads the news about Russia a lot and he really expects when he gets there to find this place that is under a terrible dictatorship. People are oppressed. You know, he thinks he's going to show up and possibly get arrested at the airport. And instead he finds that the country has become quite rich. Everybody's walking around, talking on sleek little cell phones. They all seem to be driving fancy German cars. It's not what he expected.

On Russian attitudes toward wealth

Andrei leaves this country, [the U.S.], where he found himself measured all the time by whether or not he had money. ... And he shows up in Russia to find that it's the exact same thing — that Russians have very much adopted these values of thinking that the amount of money you have is a sign of your success and your virtue and that those people who weren't able to make money in the post-Soviet period ... who are suffering or are barely getting by — that they deserve to suffer.

On the demographic changes Andrei sees in Moscow

It has gone through radical gentrification and most of the ... old school Soviet people — a lot of whom were elderly, who were living in the center of the city — have basically been priced out, some of them quite violently. There were a lot of scams in the '90s where elderly people who had prime real estate in Moscow had bad things happen to them.

On the humor in the book

Whenever I go over there I have the same reaction as I describe Andre having in the book, which is: I spend all this time reading about what's going on over there and a lot of it is really bad and then I get there and people are sitting in coffee shops. And, you know, you think: Are all these people just kind of living in illusion, or do they have to just go about their lives? And the answer is kind of kind of both, right? I mean, you can't live with a constant sense of how bad things are politically. You do have to go out and get coffee.

Ian Stewart and Barrie Hardymon produced and edited this interview for broadcast. Beth Novey adapted it for the Web.