Accessibility links
Emmett Till's Cousin On Reopening Of Case: 'An Opportunity For The Truth To Be Told' Deborah Watts, a cousin of Emmett Till, talks with NPR's Michel Martin about the reopening of Till's murder investigation and the potential justice and healing it could bring to his relatives. 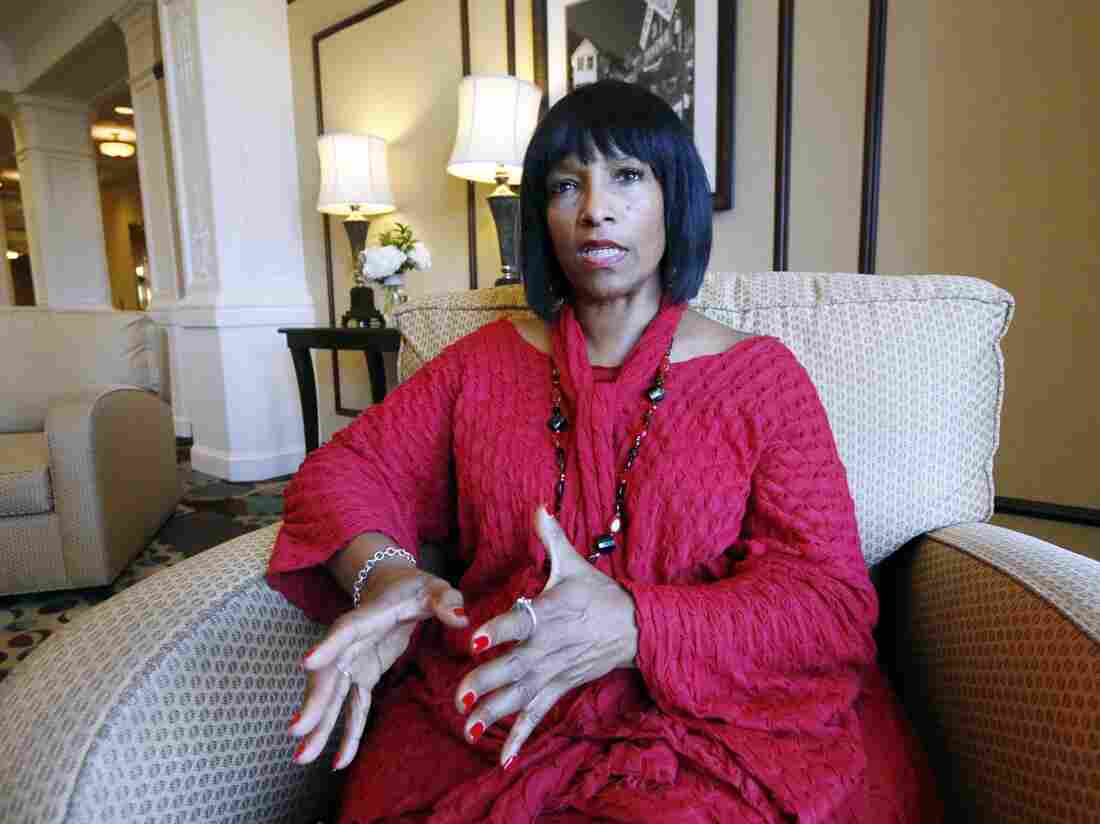 Deborah Watts, cousin of Emmett Till, says the Justice Department's new investigation should prosecute any accomplices in Till's murder to the fullest extent of the law. Rogelio V. Solis/AP hide caption 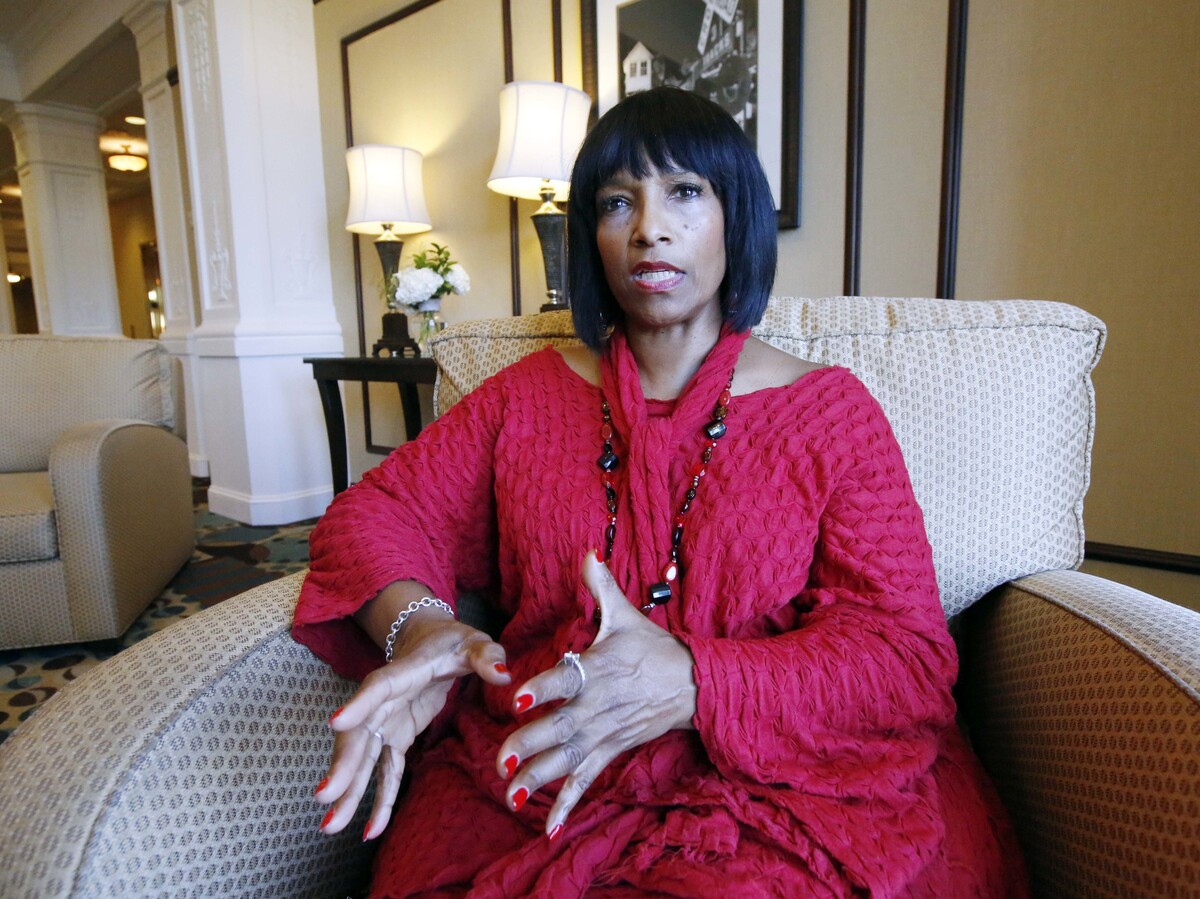 Deborah Watts, cousin of Emmett Till, says the Justice Department's new investigation should prosecute any accomplices in Till's murder to the fullest extent of the law.

Deborah Watts was just a toddler in 1955 when her 14-year-old cousin Emmett Till was kidnapped, viciously beaten and murdered after a white woman accused him of whistling and making advances toward her. Watts' aunt, Mamie Till-Mobley, famously made the decision to hold an open-casket funeral for her son, showcasing the brutal violence of white supremacy to the rest of the world. The injustice of Till's death — two white men were acquitted of his murder — became a powerful testimony for the Civil Rights Movement.

Now, 63 years later, Watts hopes that the Justice Department's decision to reopen the investigation into Till's murder will bring long-awaited justice to her family.

"It's unfortunate that it's taken this long," Watts, the co-founder and executive director of the Emmett Till Legacy Foundation, tells NPR's Michel Martin. "It's unfortunate that people have moved through their age and have had the ability to live their lives fully without coming forward or being held accountable."

Though the two men originally prosecuted for Till's murder have died, Watts believes that appropriate charges — in this case, murder — should be brought with the full extent of the law against surviving accomplices, if they are found to be guilty.

Carolyn Bryant — the woman who fatefully accused Till of the inappropriate behavior — is one of the last living people involved in the case and Watts believes she holds the key to understanding what really happened the evening of Till's murder.

"This is an opportunity for the truth to be told," Watts says. "We'd love to have Carolyn Bryant to share her story publicly or to even have a conversation with our family, and specifically to share the truth with the authorities as this investigation moves forward."

Because Bryant's account of the events have been used in books, documentaries and movies to describe Till's actions and indicate that he may have been potentially responsible for his own death, Watts believes the Justice Department's investigation may actually set the record straight. She cites Bryant's written memoirs and manuscripts, which are locked away in archives, as evidence of her ability to recall the past accurately, despite her advanced age.

"This has made an indelible mark in [Bryant's] memory and in her mind. And I think very astute investigators and others should have the ability to bring that out."

Watts also hopes that the investigation will bring a measure of peace to her and her family. She has early memories of the trauma experienced by her family when Till was murdered, and also remembers feeling personally affected, even at that young age.

When Till-Mobley was in Watts' hometown of Omaha, Neb. during her tour with the NAACP, Watts recalled seeing small photography booklets from photojournalist Ernest Withers, who documented the civil rights movement, including Till's death.

"I actually could hear the anguish in the voices of my relatives, along with Mamie, and I connected this booklet with her son," Watts says. "I actually tore up several copies of that document, that booklet. ... It was frightening to me, I could sense that it caused pain for our family. As [a toddler], it was enough for me to make this connection that I became angry."

It was Till-Mobley's "dignity, strength and class," however, that inspired Watts to turn that anger into something more positive.

Watts and other family members founded the Emmett Till Legacy Foundation with the goal of pursuing justice for Till's murder — what Watts calls a "terroristic attack" — and to preserve her cousin's memory. The foundation established a number of educational initiatives that Watts says aims to help turn "tragedy into triumph."

She hopes the investigation will honor Till-Mobley who died in 2003 after 47 years of activism and did not have a chance to see justice prevail.

"The wound is very, very deep," Watts says. "This has impacted, you know, not only those of us in America, but across the world. So I think not only our family, but I think the public and relatives, other supporters and activists and others are just - we're just holding our breath that the right thing will be done."