Accessibility links
Trump Says He Sees The European Union As A 'Foe' Of U.S. President Trump told CBS that he has "low expectations" ahead of a summit with Russia's Vladimir Putin, and added, "I think the European Union is a foe, what they do to us in trade." 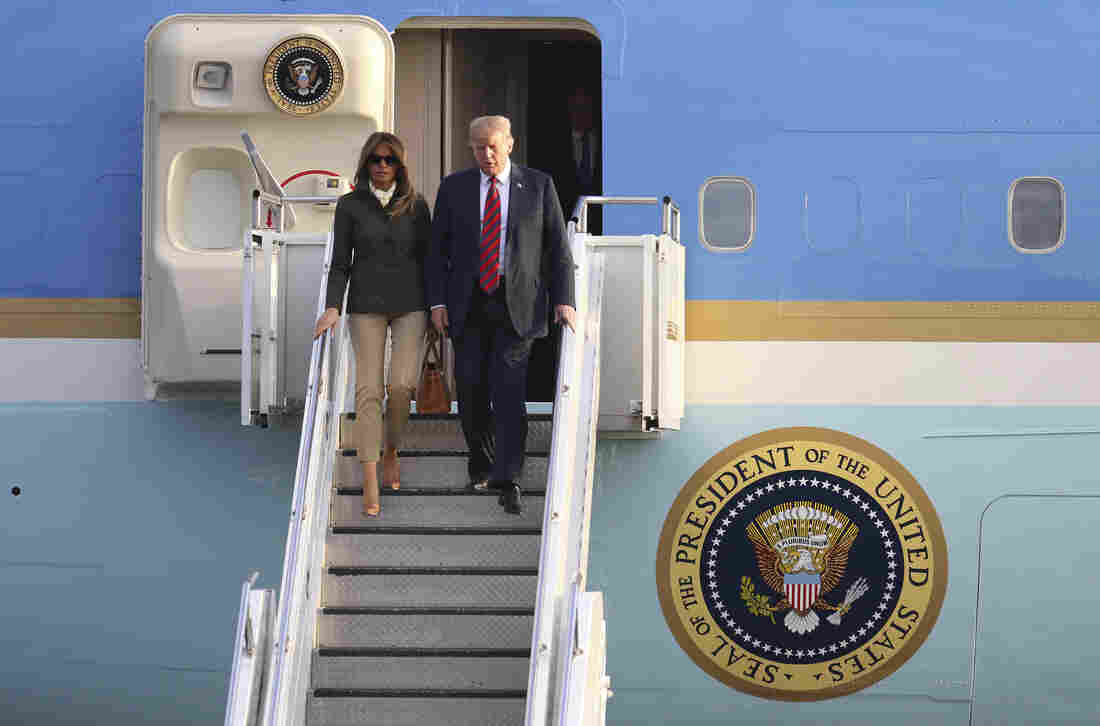 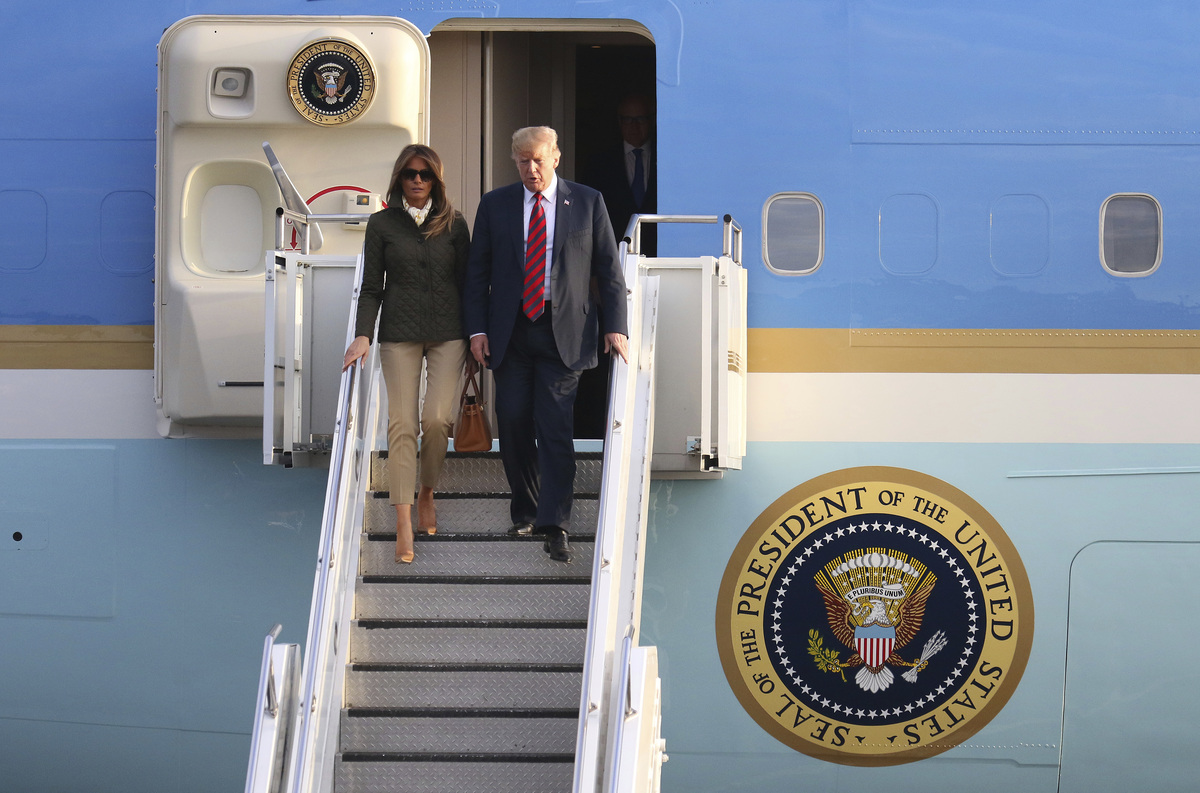 U.S. President Donald Trump and first lady Melania Trump disembark from Air Force One as they arrived in Scotland on Friday.

President Trump has said he has "low expectations" ahead of a summit with Russia's Vladimir Putin, and added that he sees the European Union as a "foe" of the U.S.

He made the comments in an interview with CBS that aired on Face the Nation, during a visit to Europe that has tested relations with some of the U.S.'s most important allies.

"I go in with very low expectations. I think that getting along with Russia is a good thing," Trump told the program. "But it's possible we won't."

President Trump tells @jeffglor the European Union is a “foe” of the United States. The president also said Russia is a “foe in certain respects” and China “is a foe economically.” pic.twitter.com/yVeXYRmFn8

The summit with Putin is set to happen on Monday in Helsinki, Finland. On Friday, the U.S. Justice Department indicted 12 Russian intelligence officers over alleged crimes tied to Russian interference in the U.S. presidential election in 2016.

CBS's Jeff Glor asked Trump whether he would ask Putin to extradite those Russians to the United States.

"Well, I might," Trump replied. "I hadn't thought of that. But I certainly, I'll be asking about it."

Trump appeared to place blame on the Democratic National Committee for the hacking attack that has been linked to Russia: "I think the DNC should be ashamed of themselves for allowing themselves to be hacked. They had bad defenses and they were able to be hacked."

He again described Justice Department special counsel Robert Mueller's ongoing investigation as a "witch hunt" that has hampered U.S. relations with Russia. When asked about who he sees as the U.S.'s biggest foe, he said that the U.S. has "a lot of foes."

The first one he named was the EU, traditionally a close ally to the U.S. "I think the European Union is a foe, what they do to us in trade." He added:

"I respect the leaders of those countries. But — in a trade sense, they've really taken advantage of us and many of those countries are in NATO and they weren't paying their bills and, you know, as an example a big problem with Germany."

The president then stated he sees Russia as a "foe in certain respects," and China as a "foe economically."

As Trump departs the U.K., Prime Minister Theresa May surprised many by stating that the president encouraged her to sue the EU.

Speaking on the BBC, she said: "He told me I should sue the EU – not go into negotiations."

Trump had said at a Friday joint press conference with May that he had provided a suggestion to her about handing Brexit negotiations, and that she had not taken it.

May appeared perplexed when revealing what she said Trump's advice was, and laughed when the BBC anchor asked her if she had given the idea any thought. She added that Trump also said: "Don't walk away. Don't walk away from the negotiations, because then you're stuck. So I want us to be able to sit down, to negotiate the best deal for Britain."

May's plans to leave the EU have been tested in recent days with resignations from two key figures in navigating Brexit -– Brexit Secretary David Davis and Foreign Secretary Boris Johnson.