Accessibility links
Angered By Attack, Mob Slaughters Hundreds Of Crocodiles In Indonesia Following the funeral of a local resident killed by a crocodile after apparently straying into a local wildlife sanctuary, the mob slaughtered nearly 300 of the reptiles.

Angered By Attack, Mob Slaughters Hundreds Of Crocodiles In Indonesia

Angered By Attack, Mob Slaughters Hundreds Of Crocodiles In Indonesia 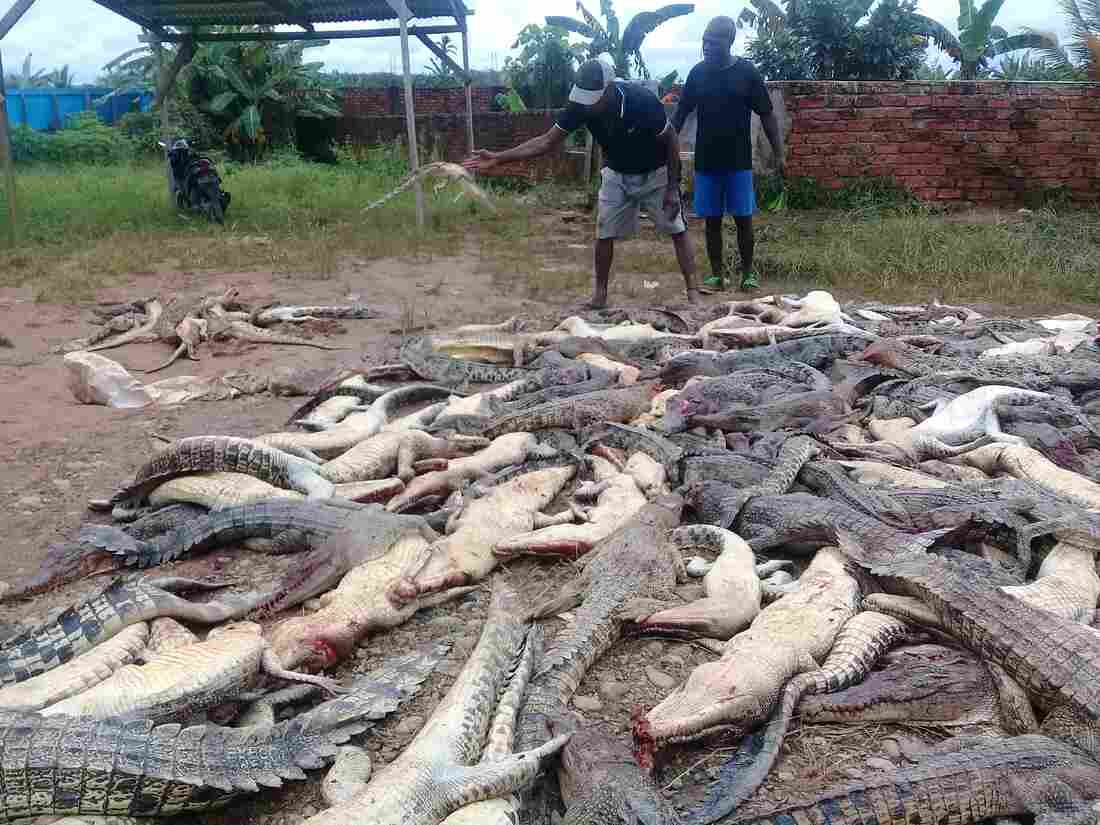 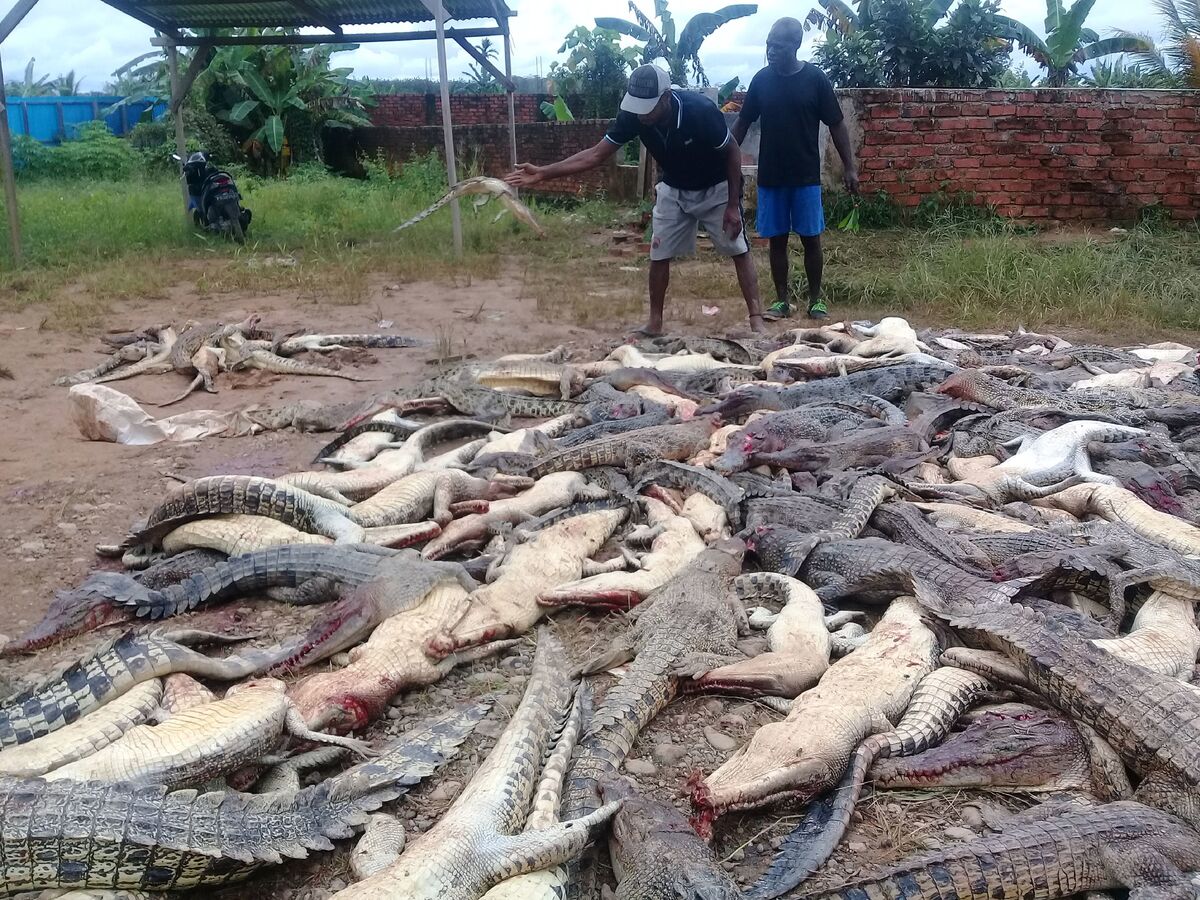 Two men stand among dead crocodiles slaughtered by a mob in Sorong in Indonesia's Papua province on Saturday.

A mob in Indonesia has slaughtered nearly 300 crocodiles at a wildlife sanctuary in retaliation for a local man who was reportedly killed by one of the reptiles.

The incident occurred in Sorong, on the far western tip of West Papua province.

According to The Jakarta Post, the angry mob formed after attending a funeral for Sugito, who like many Indonesians goes by only one name, after he reportedly entered the sanctuary looking for grass to graze his cattle and was attacked by a crocodile, the newspaper reports.

"An employee heard someone screaming for help, he quickly went there and saw a crocodile attacking someone," Basar Manullang, the head of Indonesia's Natural Resources Conservation Agency in West Papua, said in a statement, according to Reuters.

Following Sugito's funeral on Saturday, the mob proceeded to the privately owned sanctuary, a local official identified as Olga was quoted as saying.

Sugito's age was variously given as 31 in the Post and as 48 by Manullang.

"The residents used knives to slaughter the crocodiles," Olga said. "The crocodiles were caught and dragged outside and stabbed to death. It was so horrid to see."

A total of 292 animals, ranging in size from large, 6 ½-foot long adults to babies, were killed at the sanctuary in Sorong, the newspaper said.

"The crocodile slaughter violated the law on destroying others' property," Manullang said.

"To prevent this from happening again, farming license holders need to secure surrounding areas," he said, according to Reuters. "Crocodiles are god's creatures that need to be protected too."