Accessibility links
Punk Legend And Memoirist Viv Albertine On A Lifetime Of Fighting The Patriarchy "What we conjured up ... was that we weren't going to try and be this constructed ideal of femininity," Albertine says of her band's approach. She recently released a memoir, To Throw Away Unopened. 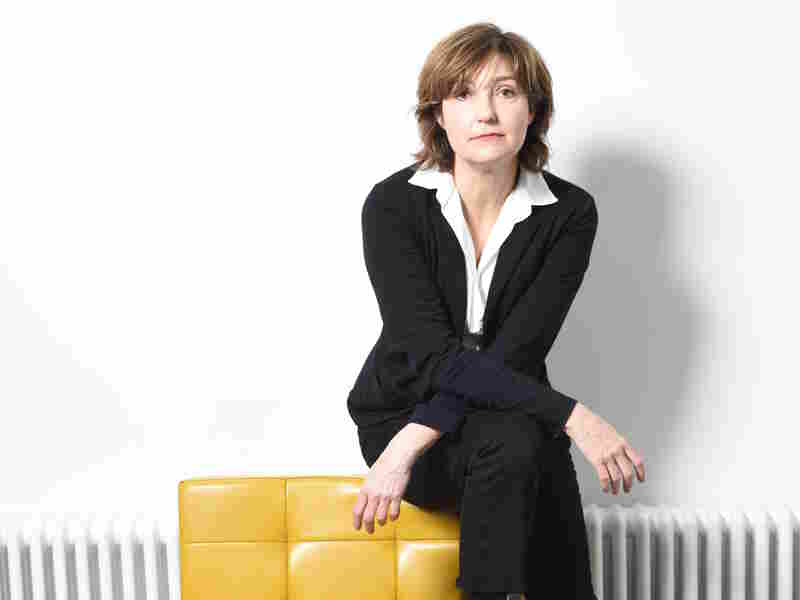 Viv Albertine was a guitarist and lyricist for the punk band The Slits. She is also the author of two memoirs. Courtesy Faber & Faber hide caption 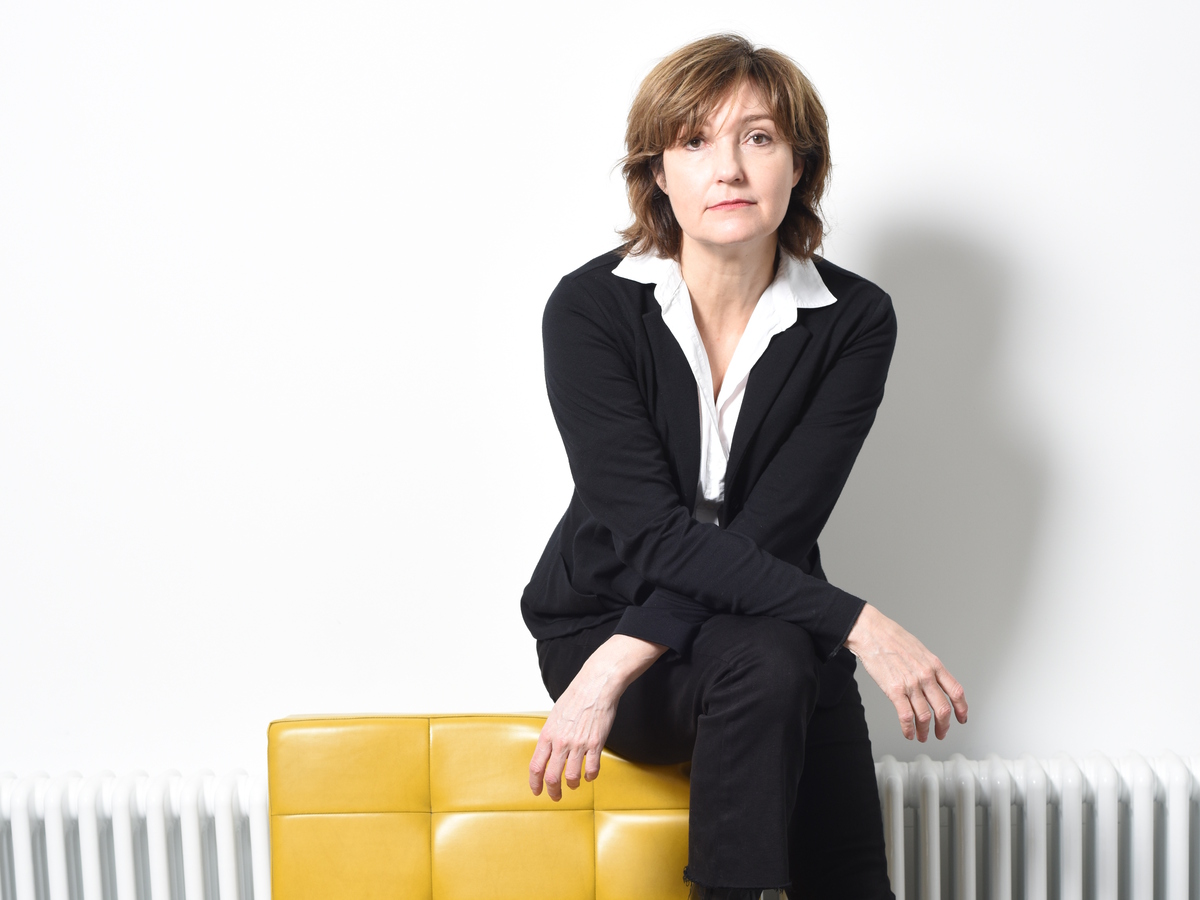 Viv Albertine was a guitarist and lyricist for the punk band The Slits. She is also the author of two memoirs.

Growing up in North London in the 1960s and '70s, Viv Albertine never dreamed that one day she'd be a rock star. For one thing, she says, "There [were] just no role models ... I never heard of anyone, any female playing guitar."

Eventually she did learn of female rockers, including Suzi Quatro and The Runaways. But Albertine says she "was aware of how constructed they were by male managers."

Albertine played guitar, but she wasn't interested in copying a male aesthetic. Instead, in 1976, she and some other female musicians formed the all-women punk band The Slits. The band rehearsed in London's abandoned "squats," dressed in ways that defied male ideas of "femininity" and carefully created their own distinct sound.

"We were very deliberately not playing 12-bar structures, blues structures, which rock musicians turned into such a cliché," Albertine says. "We tried to ... listen to the rhythms within ourselves and take the normal words we used every day in our normal thoughts, which girls hadn't written about before."

Albertine's new memoir is To Throw Away Unopened.

The Slits took a lot of time out of our rehearsal periods, which were in old squats, old broken-down houses around London, talking about how should we stand? What position should we put our legs in? Does it look odd to have my skirt this short with a guitar, or should I have it a bit longer so it sticks out the bottom?

You know, people say, "Oh, why haven't women done this more or that more?" But it takes so much longer to get to the stage where a man is, because all the bands in punk that I knew or were beginning to form had all spent years and years practicing with a hairbrush in front of a mirror, with a tennis racket, looking at pictures of other guys they wanted to be. ... 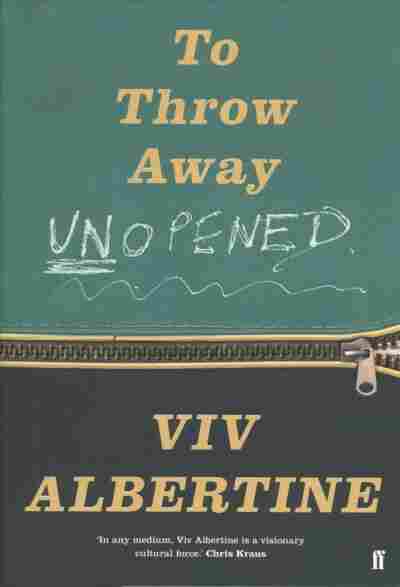 To Throw Away Unopened

Girl bands still do just copy the way men move onstage. To me, that is so backwards, so un-radical.

On what The Slits wore onstage and the sexualization of women

The most wonderful and refreshing thing about what we conjured up ... was that we weren't going to try and be this constructed ideal of femininity, or masculinity come to that, that had been put upon us for not just decades but centuries. You know, to be tittering, giggling, smiley, appeasing young women who wore clothes to emphasize our figures and attract male attention, the male gaze. We ... weren't going to do that. ...

So we would jumble up something like S & M dog collars with rubber stockings mixed with a little girl's tutu, mixed with men's construction boots you'd wear on a construction site, hair matted, black eye makeup. It was all thrown together, all parodying all the clothes and the symbols you were supposed to wear as a woman, and then mix in things that weren't meant to go with it at all.

We just stopped people in their tracks as they walked down the road. They couldn't believe it, and a lot of the response from men — straight men especially — in the streets was, "If you're not going to look like a woman and play the game and act like a woman, as we've prescribed, we're not going to treat you as women and we're going to beat the hell out of you, abuse you, spit at you."

We were assaulted everywhere we went. We had to go everywhere [together], sleep on the floor of each other's flats at night, otherwise we weren't safe on the streets. I mean, our singer, who was 14, 15 when we first got together, was stabbed twice in front of me by men — stabbed for looking like she looked.

On how her ex-husband wanted her to give up music, so they divorced

A Punk Memoir That Makes The Ordinary Seem Transcendent

A Punk Memoir That Makes The Ordinary Seem Transcendent

He was frightened of losing me. There was this whole concoction in his head of a young woman or woman on stage is just attracting male glances, wants to sleep with them, or have loads of groupies. For someone younger than me and an illustrator and a surfer it was very, very reactionary and I was incredibly shocked. You never know a person.

We'd been through my cancer together. We'd been through years and years of infertility. We'd had a daughter. We'd stood up to all those things, but me picking up a Telecaster broke our marriage.

And that's what made me walk away from the marriage. I was very sorry to do that, because I wanted my daughter to have a steady family, the one I didn't have. So it was not an easy decision.

On why she's done with dating or relationships

I don't intend to enter into any more relationships. I absolutely have had it and I'm pleased and feel privileged to be in that situation because I'm solvent. I have a very interesting life.

I have a daughter. I have my imagination. I have friends. I, in no way, am going to louse that up with some idiot man, frankly. They drag you down — I'm talking about my generation of men. Ok, I'm sure out there there are some good ones, and I say in the book, either I can't pick a good one or there aren't any around. Either way, I'm out. ...

I really think it's a complete and utter con. I feel sorry for girls getting caught up in it and still thinking they have to define themselves and their success by being in a relationship, straight women, straight girls, by being in a heterosexual relationship or being in any relationship as if that's in any way a mark of what kind of successful human being you are.

Heidi Saman and Thea Chaloner produced and edited the audio of this interview. Bridget Bentz, Molly Seavy-Nesper and Andrew Flanagan edited for the web.