Accessibility links
Judge Halts Family Deportations For Now The federal judge who ordered the Trump administration to reunite the migrant families it separated now says the government cannot deport them after reunification until next week, at the earliest. 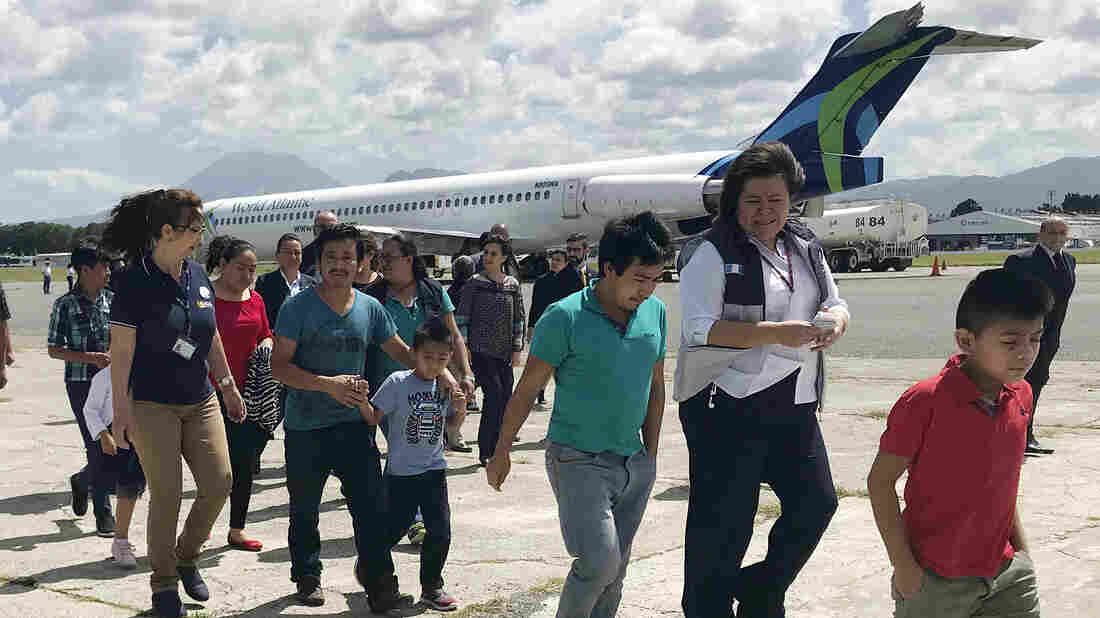 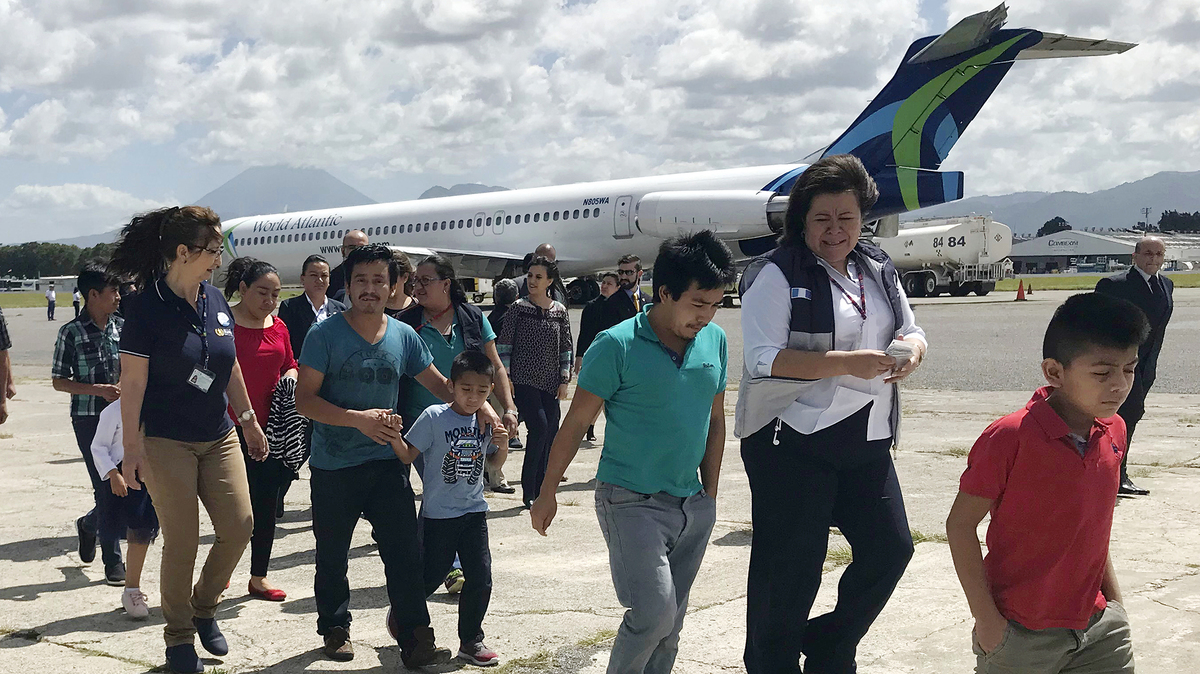 A federal judge in California has temporarily halted the deportation of immigrant families that have been reunited after being separated by the Trump administration.

The order was issued Monday by Judge Dana Sabraw, the same judge who previously ordered the government to reunite the families.

It comes as the Trump administration is scrambling to reunite roughly 2,550 immigrant children with their parents by the court-imposed deadline of July 26. What will happen to those families after reunification isn't clear.

Lawyers for the American Civil Liberties Union, which brought the lawsuit, say they're concerned about rumors of "mass deportations" of families that have just been reunited — potentially leaving parents with just hours to make the "momentous decision" about whether to leave their children behind in the United States.

In court papers filed Monday, the ACLU urged the the judge to prohibit the government from removing parents until at least 7 days after reunification.

In response, Judge Sabraw ordered a temporary halt to deportations for one week. Lawyers for the Trump administration have until Monday, July 23 to reply to the ACLU's motion.

"The judge once again made clear that the government unconstitutionally took these children away and now must do everything in its power to reunite them safely and by the deadline." said Lee Gelernt, deputy director of the ACLU's Immigrants' Rights Project, who has been arguing the case.

The Trump administration says it has reunified all eligible children 4 years old and under. On Sunday, the government submitted a plan to reunify children between the ages of 5 and 17 ahead of next week's deadline.

Judge Sabraw, who was appointed by George W. Bush, has been critical of the pace of reunifications. During a status conference Monday, the judge complained about the government's failure to use "common sense" to reunify children with their parents more quickly.

But Sabraw said the new plan, crafted by the Departments of Health and Human Services and Homeland Security, "went a long way to addressing the court's concerns" about the reunification effort.

The next status conference in the case is set for Friday, July 20.