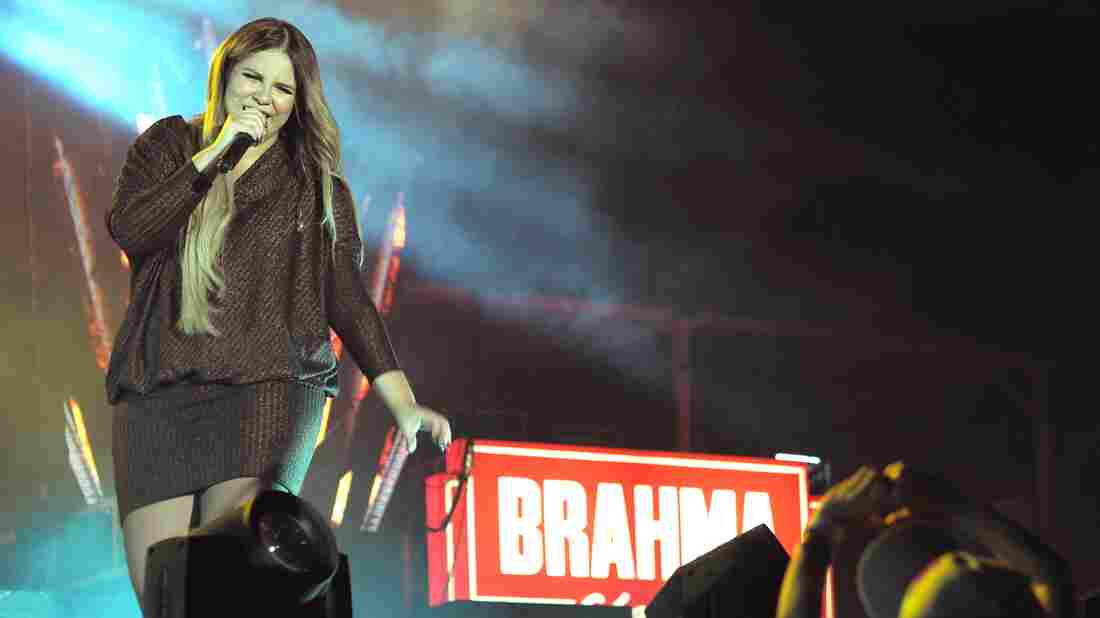 Sertanejo singer Marília Mendonça, 22, sings to a crowd of thousands at Expo Londrina, an agricultural fair in the southern Brazilian city of Londrina. Catherine Osborn for NPR hide caption 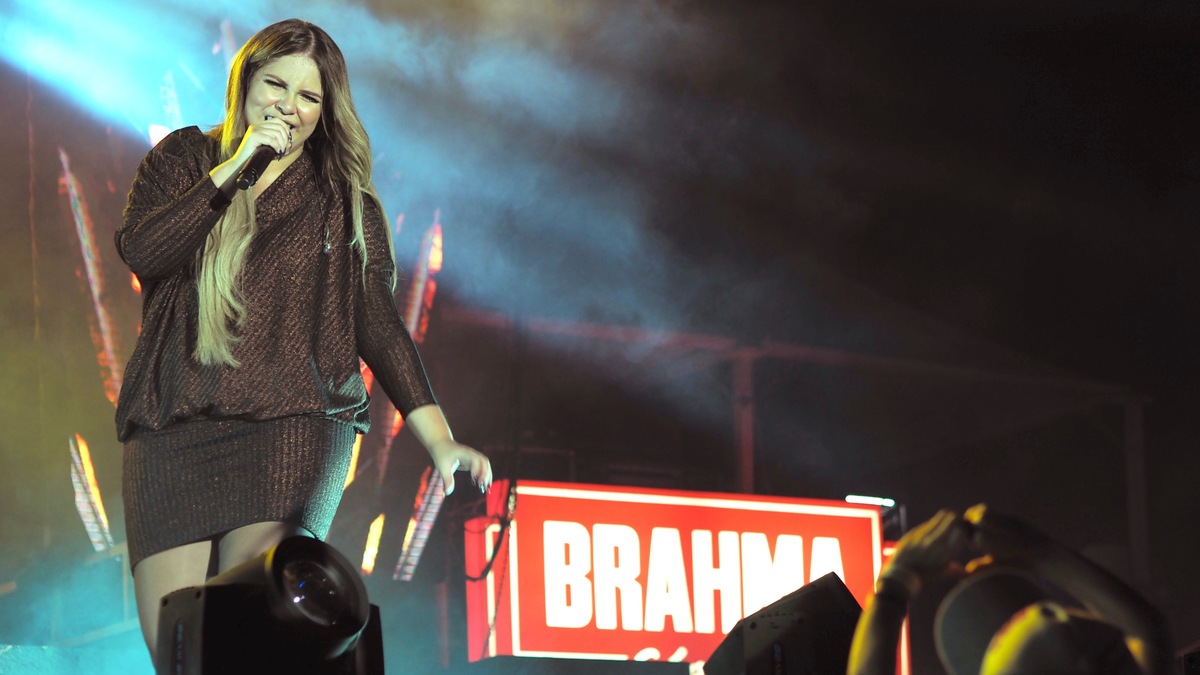 Sertanejo singer Marília Mendonça, 22, sings to a crowd of thousands at Expo Londrina, an agricultural fair in the southern Brazilian city of Londrina.

As evening settles in among the cattle farms and soybean fields of southern Brazil, thousands of music fans, many of them young women, are assembling on the landscape. They are gathering amid a giant agricultural fair that's been busy with visitors all day, many of whom have come to buy or sell livestock, to inspect the latest farming technology or to dine at cafes where every main course once had hooves or trotters. 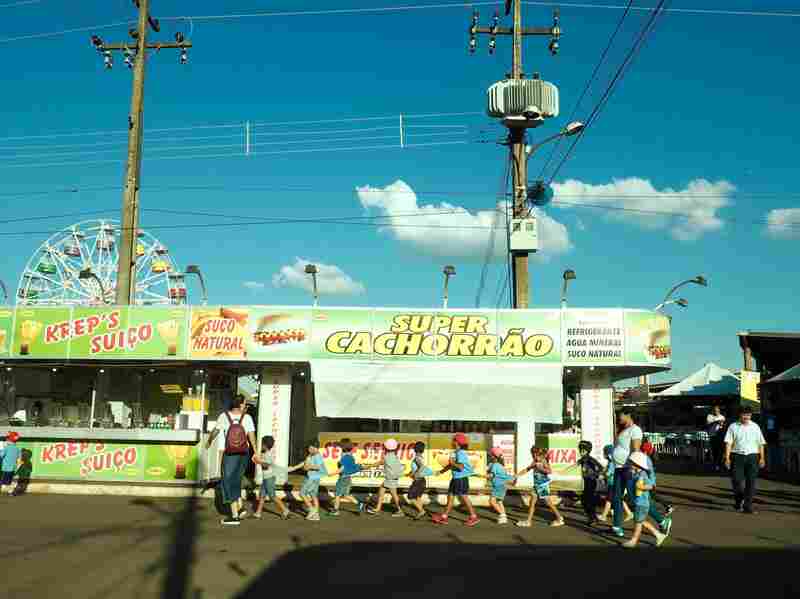 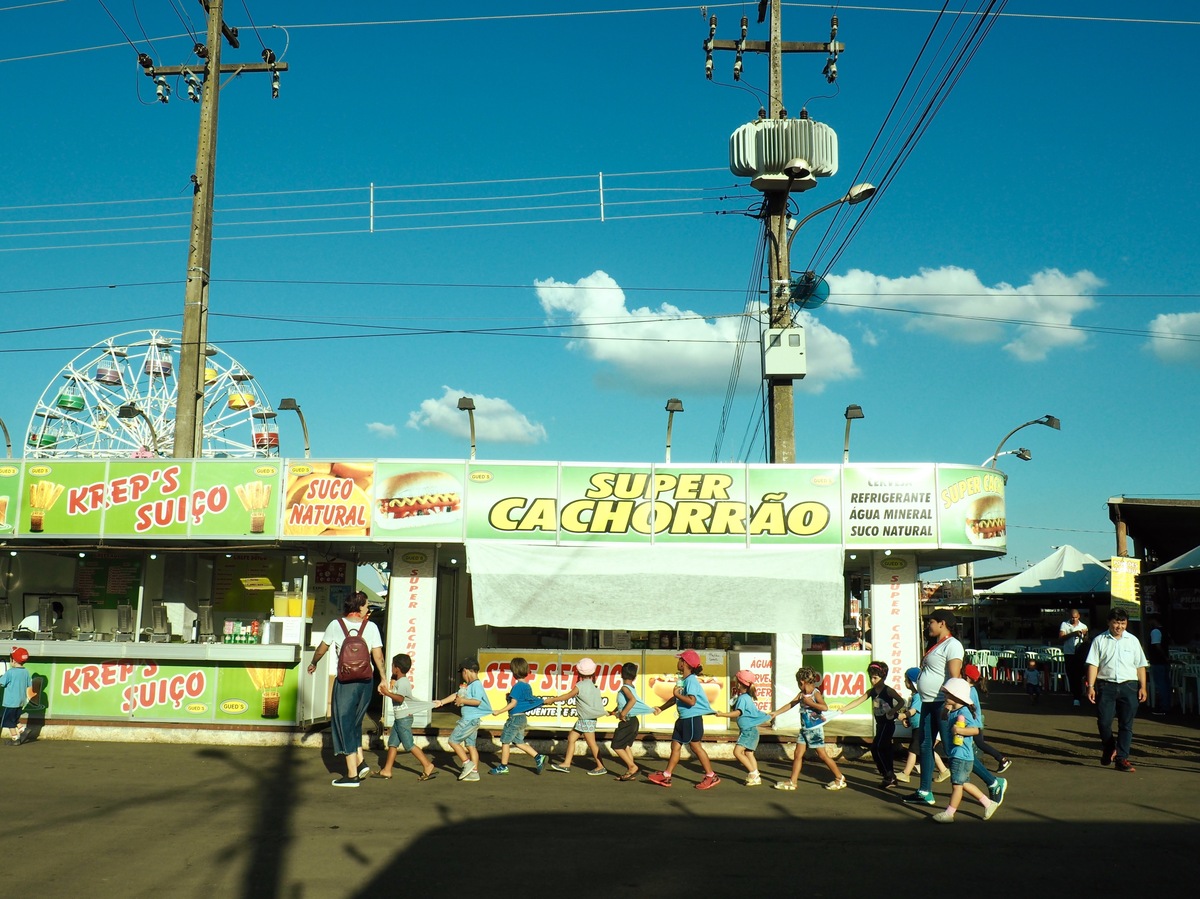 But the crowd gathering here is not focused on monster tractors, champion rodeo studs or best-of-breed competitions for pedigree sheep. They're here — in hats, tassels and leather boots — to see a singer who, at just 22, has become a superstar in Brazil for pioneering a barrier-challenging variant of the nation's traditional sertanejo (roughly, "backcountry") music.

Marília Mendonça is about to take the stage in the show ground's 15,000-capacity arena to perform songs that have earned her 4.7 billion views on YouTube and a reputation for championing the autonomy of women — particularly young, single women — in this conservative, macho-minded Latin American society. Among the crowd eagerly awaiting this performance is Camila da Silva, 28. She says she's a big fan, because Mendonça "sings with her heart" and writes lyrics that are honest and that give women a sense of self-worth.

Brazilians have given a name to this twist on the sertanejo genre: They call it "feminejo."

Travel Brazil these days and you'll hear Mendonça's music everywhere, in taxis, airports, bars and even the ferry boats that chug along remote stretches of the Amazon River. The country's Época magazine this month described Mendonça — or "A Rainha da Sofrência" ("The Queen of Suffering") — as Brazil's most popular artist.

On this night, Mendonça is performing at the annual Expo Londrina fair in Londrina, a city of about 550,000 people in the southern state of Paraná. The area is part of a vast expanse of plains and grasslands where Brazilian sertanejo was incubated in the early 20th century, usually performed with a viola caipira, a type of 10-stringed acoustic guitar. 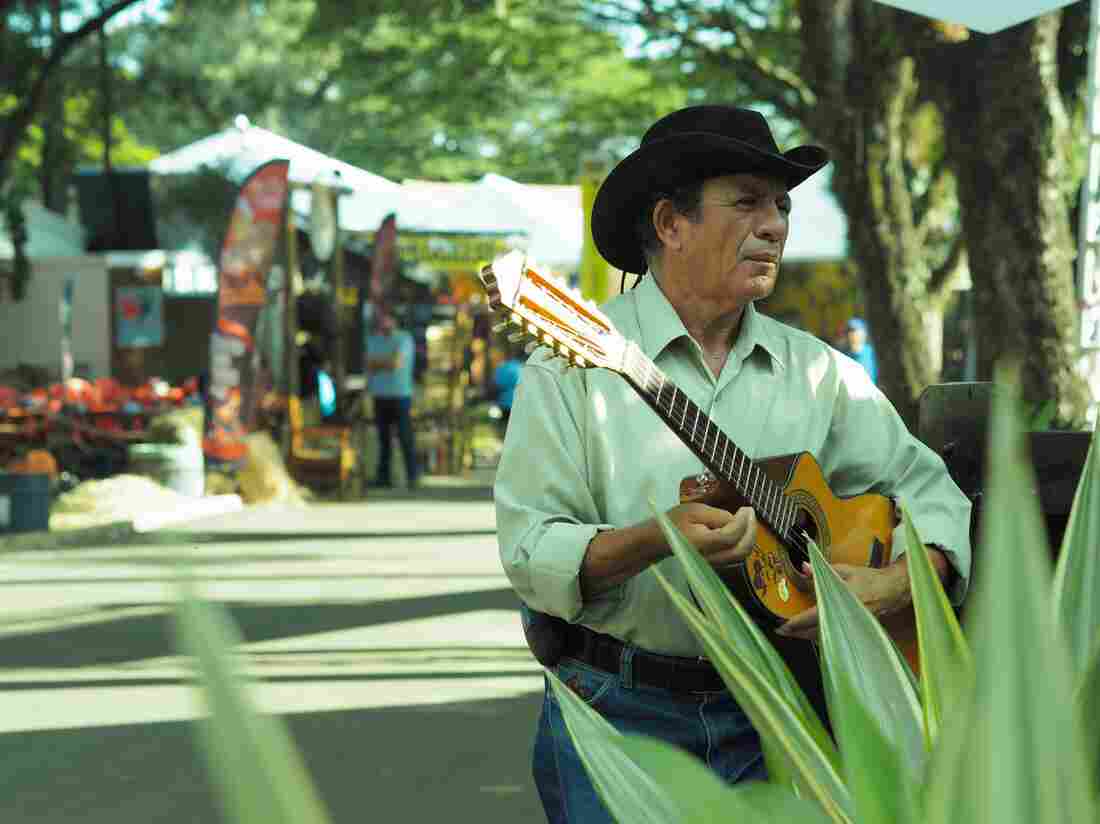 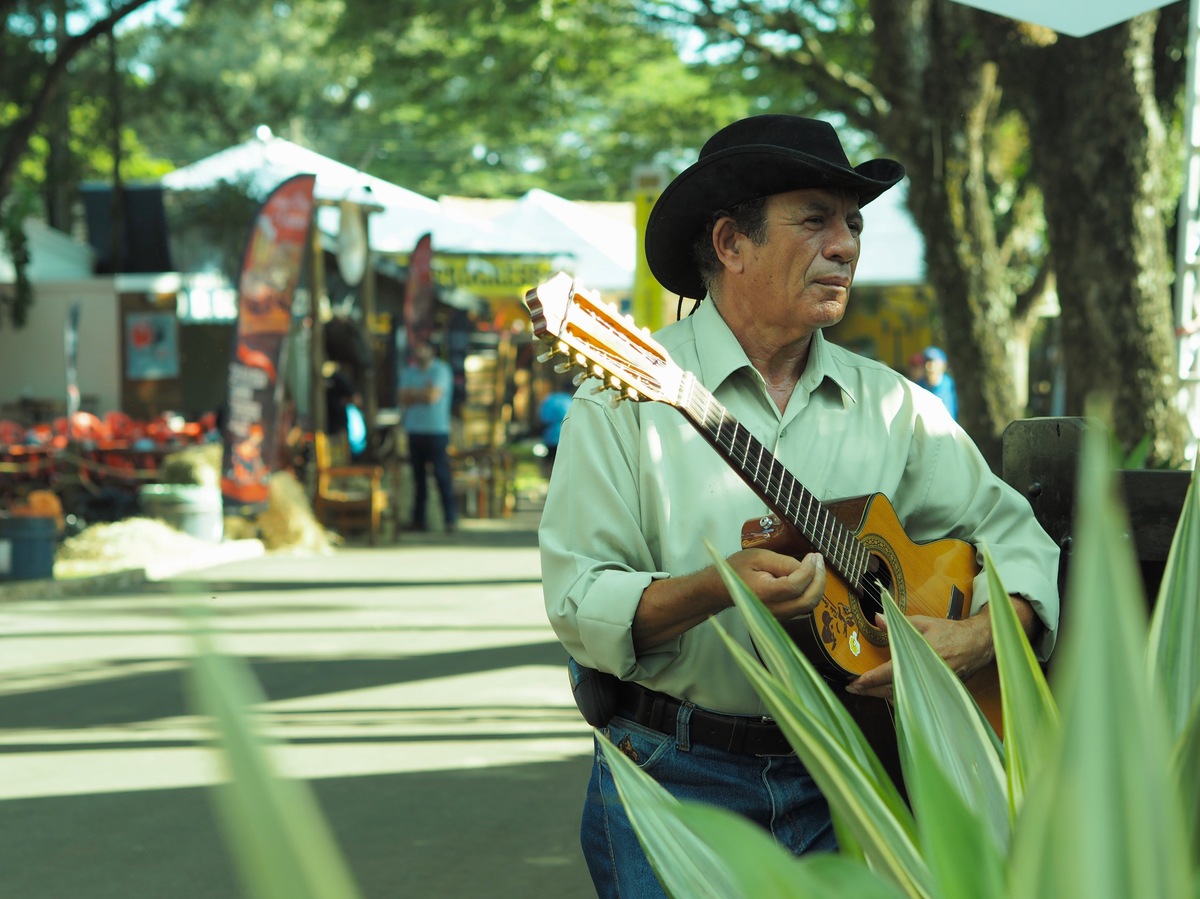 Traditionally, sertanejo encompasses songs of "love, adventures, herdsmen crossing rivers full of piranhas ... brave cowboys," says musician Antônio Xavier de Andrade, 68, who says he has been performing sertanejo in and around the region for decades. (Since then, the genre has spawned various offshoots and evolved to incorporate elements of pop and rock, along with a widened instrumental palette that includes electric guitars, bass, drums and synthesizers.)

Mendonça's stories are a far cry from tales of swashbuckling cowboys. She simply set out to tell stories "about my life, or the lives of other women around me," she tells NPR before going on stage. "Real stories. Stories of cheating," stories about women "who can't tolerate the lazy bum anymore," and so kick him out.

A Day In The Boat Life On The Amazon River

No one has been more taken aback by her rapid success — she's only been releasing music for a handful of years — than Mendonça herself. "It's been a very big surprise," she says. "I never imagined that we would win over my city, Goiânia, let alone my state, Goiás, and let alone Brazil."

Being able to manage all of this, to write my music, to organize my work, to present it to my manager, to make him believe in me, and consequentially, to have Brazil hear me and believe in me — for me, that's real feminism.

Mendonça is, of course, far from the first female artist to sing about a chauvinist bum — he features prominently in North American country music, for example — but doing so in rural, conservative Brazil is a little different. Sexism runs deep: Men still hold two-thirds of Brazil's agribusiness jobs, although the number of women is growing, while the harassment, abuse and denigration of women is commonplace.

"It's kind of normal to hear men talking some bad things about girls and women," says Layssa Soares, 28, who's studying to become a veterinarian. "But this is not normal, and people need to know it's not normal." The rise of Mendonça and other feminejo artists is welcomed as a breakthrough by Soares. "Right now, women are taking a place in sertanejo music. So the subjects and the songs are different right now. They are representing girl power, I think."

Mendonça's "girl power" is driven by some bedrock themes — the importance of women being themselves and of standing up for themselves. She portrays herself as someone who tells down-home truths and someone who is "not hidden behind makeup or a mask that says 'I am a princess.' " 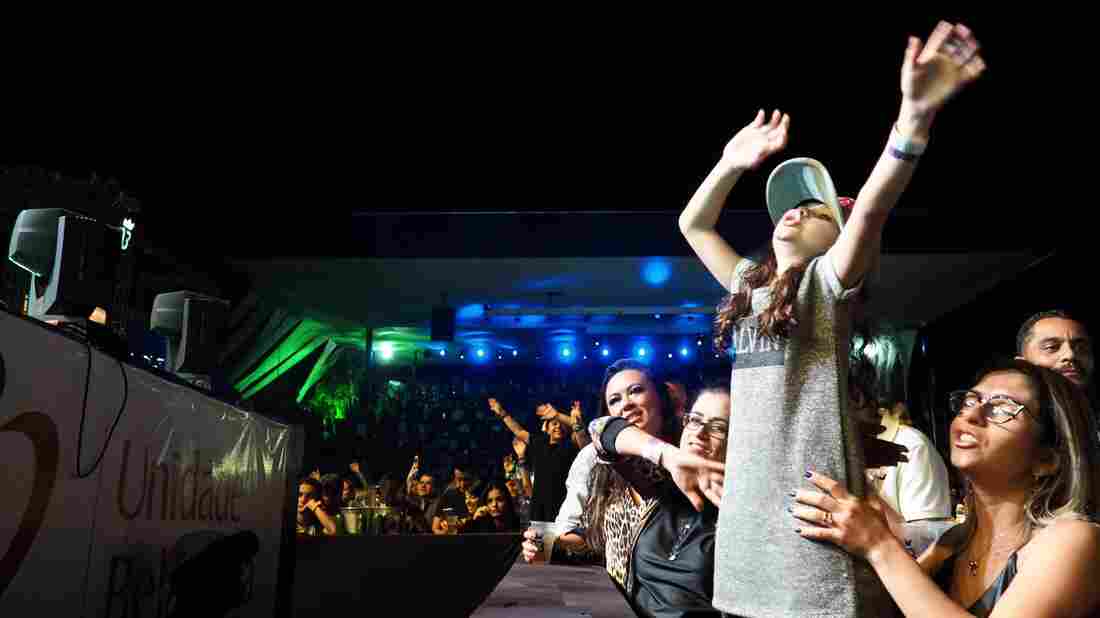 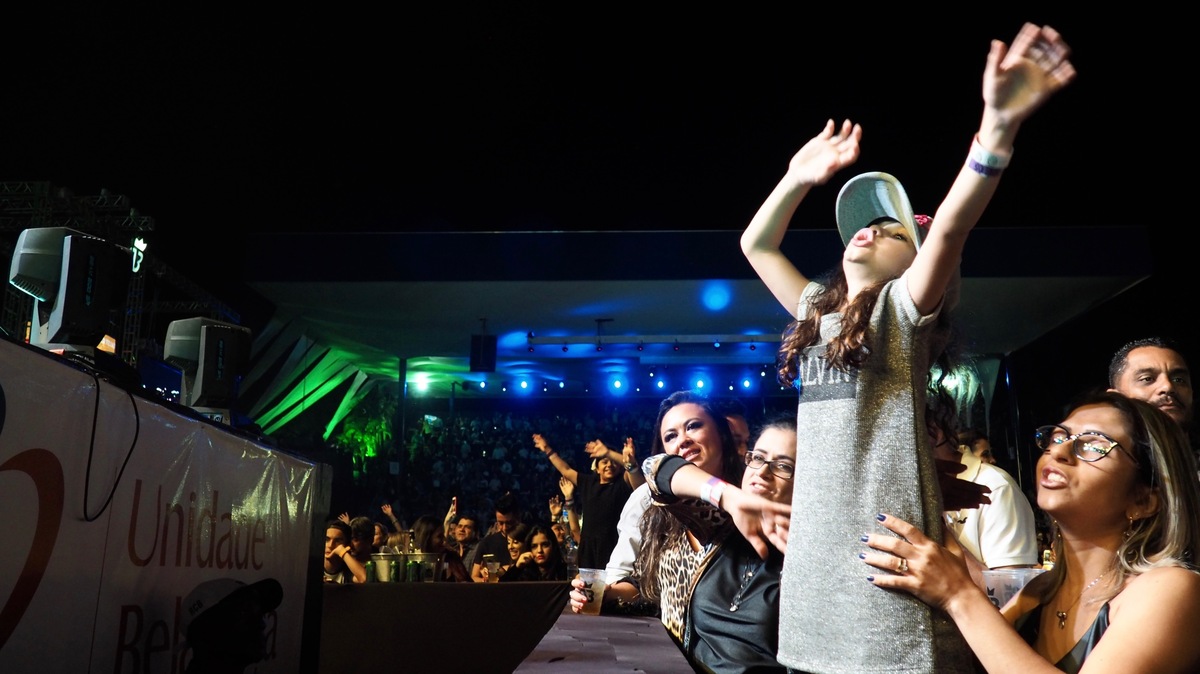 She says, though, that she did not deliberately set out to make music with a social message. "Hearing the music ... women start to take positions," Mendonça says. "They take the appropriate measures, like sending an unfaithful partner away or abandoning a home that is without respect."

In the music, you can't miss it. In "Folgado," Mendonça sings about running out of patience with a domineering, uncommitted man. "Don't come over here, I'm living the way I want," she sings. "I didn't ask for your opinion. You got here and tried to boss me around." One of her biggest hits, "Alô Porteiro," is about calling a doorman to tell him a man is not allowed in her apartment building any more.

Mendonça characterizes her approach as a "feminism of attitude," rather than the traditional sort, of placards and marches. "I never went to protest in the street," she says. "My life is my protest."

"Being able to manage all of this, to write my music, to organize my work, to present it to my manager, to make him believe in me and, consequently, to have Brazil hear me and believe in me — for me, that's real feminism. ... For us to achieve with our own hands what we want and not just say it, you know?"

Her multitude of fans seem to approve. As Mendonça finally takes the stage and launches into song, a huge cheer goes up around the arena from some 15,000 people, amid a blaze of flashes from cellphones.

"Who's single, happy and doesn't want to get hitched in 2018?" yells Mendonça during a break between numbers. "Raise your hands!"

Lots of hands go up.

"I'm not obliged to satisfy you," she sings. "I take care of my own life." The crowd joyously sings along.