Accessibility links
NYPD Will Pursue Internal Charges Against Officers In Eric Garner's Death The department is giving federal authorities a deadline to announce action in the 2014 death of Garner, who died after being put in a chokehold by a police officer. 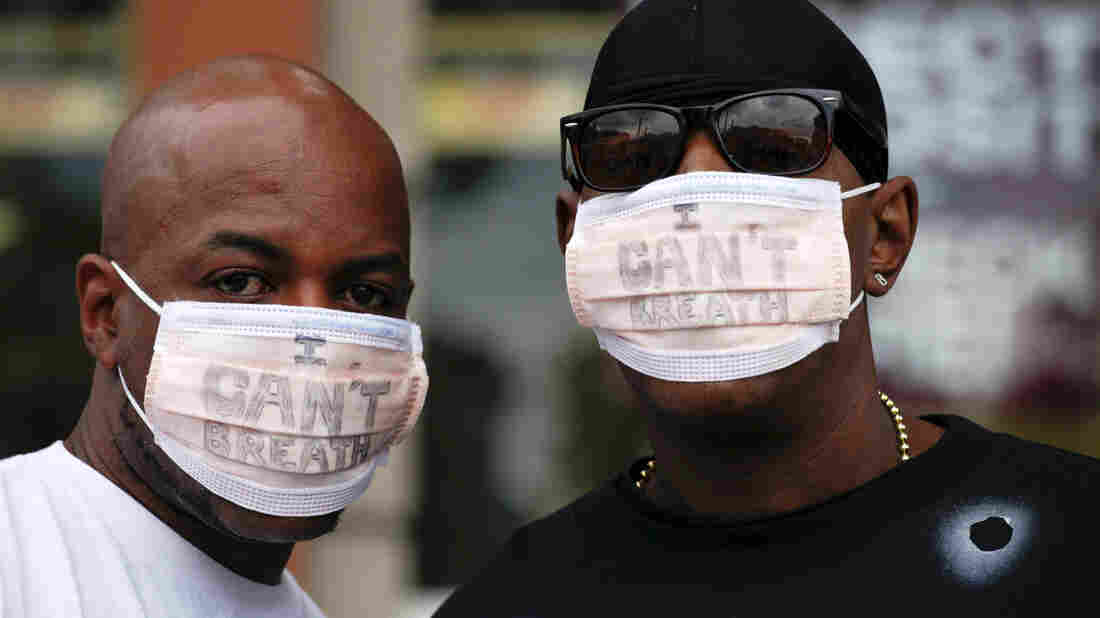 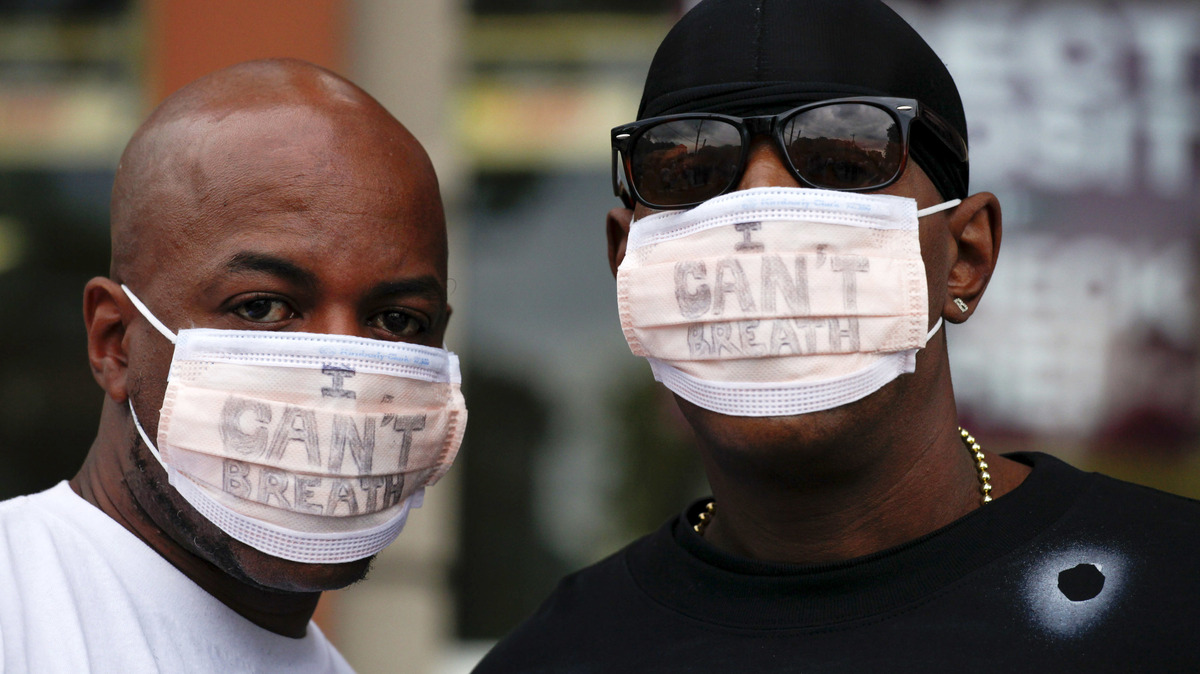 New York City police are giving the Justice Department a deadline to announce criminal charges in the 2014 killing of Eric Garner. The death of Garner, who repeatedly told police "I can't breathe," spurred protests.

Four years after Eric Garner was put in a chokehold by a police officer on Staten Island and died, the New York Police Department says it will pursue disciplinary actions against officers involved in the case. Police had postponed the move out of deference to a Justice Department inquiry.

The federal criminal investigation "seems to have no end in sight," Deputy Commissioner Lawrence Byrne wrote in a letter to the Civil Rights Division of the Justice Department announcing his agency's intentions to pursue its own case if federal officials haven't announced criminal charges by later this summer.

The events leading up to Garner's death were captured on video. Police had approached Garner out of suspicion that he was selling untaxed cigarettes on the sidewalk. Several officers swarmed the unarmed black man, and Garner is heard repeatedly saying, "I can't breathe."

Weeks after Garner died, the New York City medical examiner said he had been a victim of homicide, listing asthma and heart disease as contributing factors.

Byrne wrote, "Understandably, members of the public in general and the Garner family in particular have grown impatient with the fact that NYPD has not proceeded with our disciplinary hearings and they have difficulty comprehending" the department's decision to put off its own inquiry.

The Department of Justice said through a spokesman that it had informed Byrne this spring that the NYPD "may move forward with their disciplinary proceedings as they deem appropriate."

The NYPD said it is giving the Department of Justice until the end of August to publicly announce its decisions about potential criminal charges in Eric Garner's death. It added that it will move ahead with its own proceedings in early September.

The Justice spokesman said, "Mr. Byrne's letter does not have any bearing on the decision-making timeline at the Justice Department," adding that the agency would have no further comment.

The NYPD notice comes nearly seven months after the death of Garner's 27-year-old daughter, Erica — who became an activist after her father died. Last August, Erica Garner gave birth to a boy she named after her father; months later, she suffered a heart attack that led to brain damage.

In late 2014, a Staten Island grand jury declined to indict Daniel Pantaleo, the officer who used a chokehold on Garner. NYPD policy prohibits use of the chokehold technique.

Nearly a year after Garner's death, the city of New York paid $5.9 million to settle a lawsuit brought by his family.