Accessibility links
Ruth Bader Ginsburg's Life Immortalized In New Album 'Notorious RBG in Song' Songs about the life and career of the Supreme Court justice, written in secret by her daughter-in-law, now make their debut on a very personal album called Notorious RBG in Song. 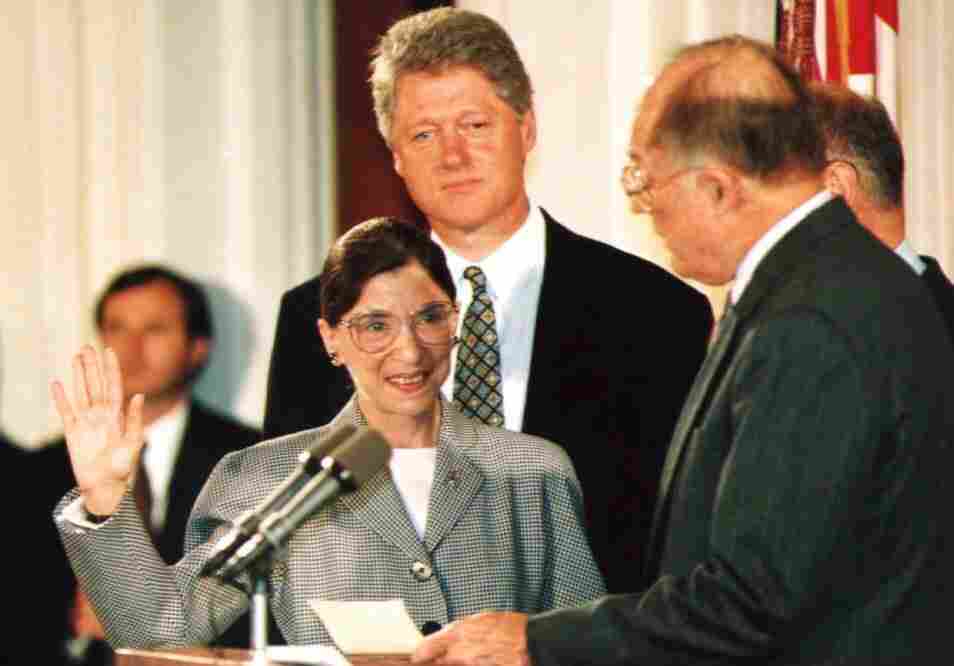 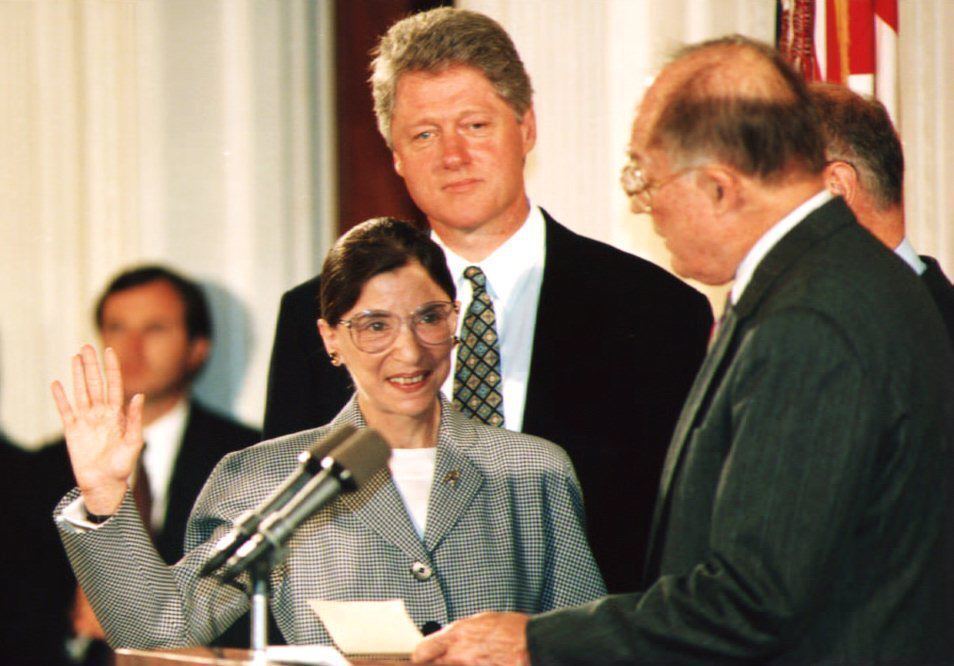 With the retirement of Justice Anthony Kennedy and the nomination of Judge Brett Kavanaugh, the nation is focused, once again, on the make-up of the Supreme Court. And yet Justice Ruth Bader Ginsburg is the best-known member of the current court; at 85 she continues to be a cultural phenomenon. A documentary about her life is a smash hit and she's become a hero to young women, earning the moniker "The Notorious RBG," with her name plastered on mugs, t-shirts, even baby clothes. 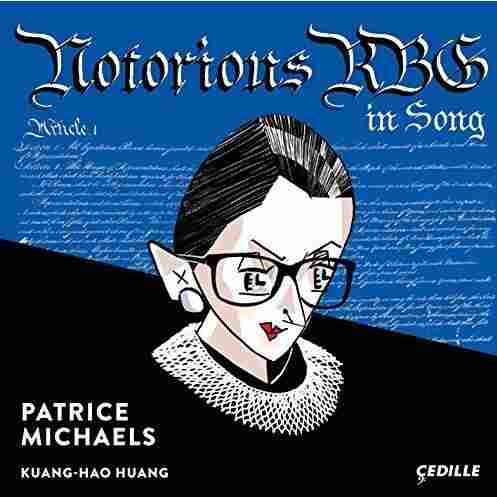 Now, however, comes a release more personal — a series of songs written about her life by her daughter-in-law and produced by her son.

Singer and composer Patrice Michaels actually started writing the songs in secret, without her husband even knowing what she was up to.

"I like my process as a composer to be a little bit private," Michaels says with a chuckle. Her husband, James Ginsburg, jumps in to add, "And once I heard how good the songs were, I realized what a treasure we had here."

Jim soon began plotting to record and release the songs, all sung by his soprano wife. The new album Notorious RBG in Song is available now on Jim's label, Cedille Records.

Some of the lyrics are based on letters to RBG, which her husband Marty compiled into a book for the Justice's 50th birthday.

"Anita's Story" is based on a letter from a typist in Marty Ginsburg's law firm. During the 1960s and '70s, when RBG was a lawyer leading the legal fight for women's rights, Anita, the typist, was often drafted to type RBG's legal briefs. At first, Anita was puzzled by the words she was typing. After months of immersion, though, the typist realized that she too had been converted to feminism.

On a trip to Spain with her husband, she was at a party. And, as is the custom, "the host presented Anita's husband, who announced in his turn, 'Esta es mi mujer' ... 'this is my woman," Michaels explains. "And she shoots back at him without thinking, 'I am not your woman. I am a person.'"

Michaels knew from the get-go that the most influential person in RBG's young life was her mother, Celia Bader, who died after a long battle with cancer, the day before the future Justice was to graduate as valedictorian from high school. But none of Celia Bader's letters still exist, so Michaels imagined what one must have been like.

"Very chatty, very normal," Michaels says. "And, of course, the background is that Celia knew she was dying of cancer at that time. So the letter is interrupted by Celia's thoughts about what might happen to Ruth and whether she's ready to handle herself in the world. And of course, the pain that Celia was suffering."

In interviews with me over the years, Justice Ginsburg has often talked about her mother. "My mother told me to be a lady and for her, that meant be your own person, be independent," she once said. That theme is reiterated in "Celia: An Imagined Letter from 1949."

One of the most amusing songs on the album is called "The Elevator Thief." It's about the misbehavior of RBG's son, Jim, (yes, the same one) at school.

"I would get calls to please come down to talk to the principal about my son's latest escapade," Ginsburg recalled in an NPR interview. "And one day I was sitting in my office at Columbia Law School, and I was very weary — I stayed up all night the night before — I said to the principal, 'This child has two parents. Please alternate calls.'"

The headmaster, as instructed, did call Marty Ginsburg, who promptly came over to the school. When he asked what his son's offense had been, the headmaster told him that his son had "stolen the elevator," to which the boy's father responded, "Well, how far could he have taken it?"

The moral of the story, says Jim, a.k.a. "The Elevator Thief," is that at the end of the day, "My behavior didn't improve, but somehow the calls became much more infrequent when they had to consider bothering a man about my behavior."

The album also has songs written by other composers, among them Stacy Garrop, who put to music the last letter Marty wrote to RBG, just days before his death in 2010.

Marty and Ruth Bader Ginsburg were married for 56 years. The Justice found the letter as she was packing up her husband's hospital room to take him home, after he had decided to forego any further treatment. I asked the Justice to read the letter aloud during an interview a couple of years ago.

"My dearest Ruth, you are the only person I have loved in my life," she began. "The time has come for me to tough it out or to take leave of life because the loss of quality now simply overwhelms. I hope you will support where I come out, but I understand you may not. I will not love you a jot less."

In the 40-plus years that I have known Ruth Bader Ginsburg, that was the first and only time I ever saw her cry.

Notorious RBG in Song is available now via Cedille Records. For those interested, here is a playlist of RBG's favorite recordings.