Accessibility links
Put Your Face In It: How Gaming Helped Me Understand My Dog If you want to know how a dog sees the world, ask yourself how you explore virtual spaces with your controller. No, really!

Put Your Face In It: How Gaming Helped Me Understand My Dog

Put Your Face In It: How Gaming Helped Me Understand My Dog

A Summer Of Video Games 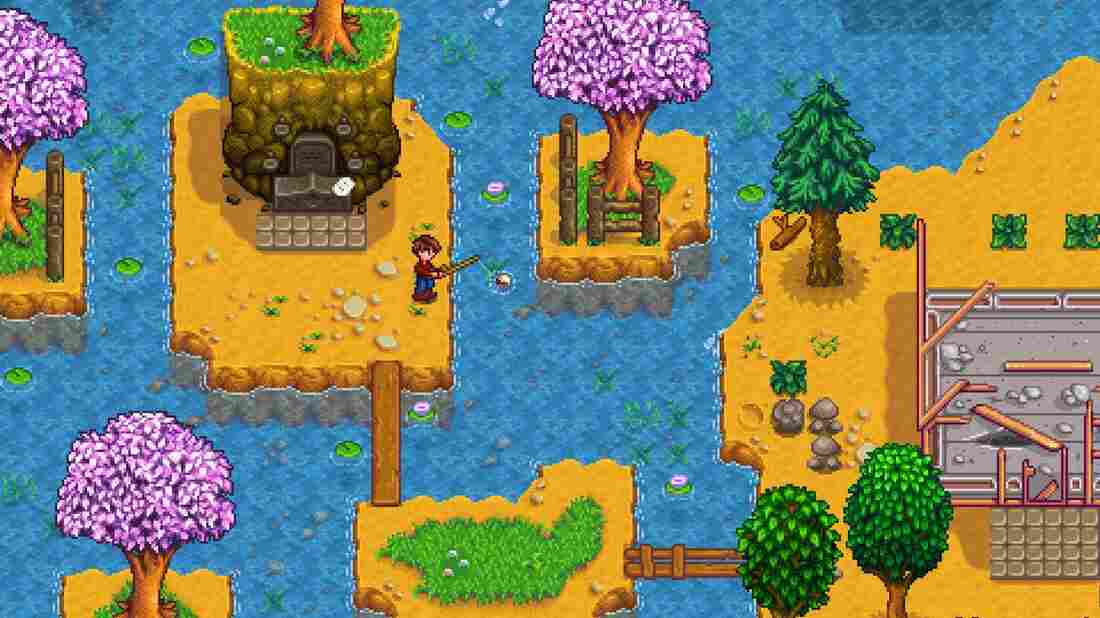 You and your fishing pole in Stardew Valley. ConcernedApe hide caption 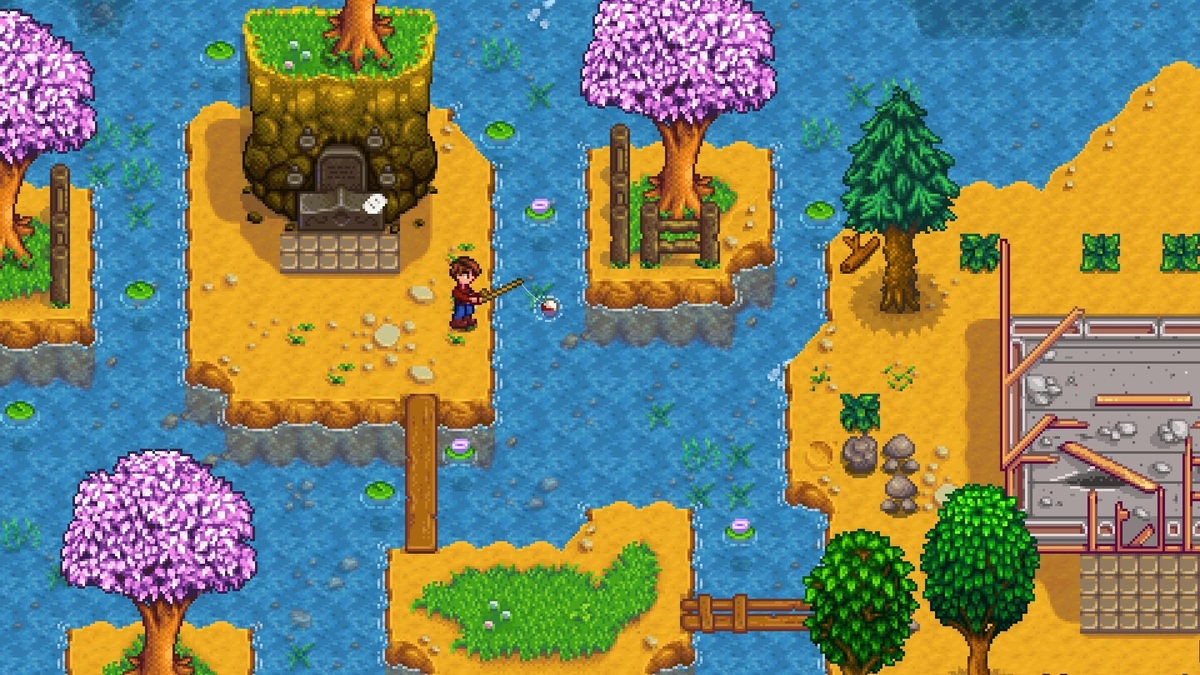 You and your fishing pole in Stardew Valley.

I have this dog. His name is Brian, and he's a whippet, plus some other skinny-dog ingredients. He looks like this. 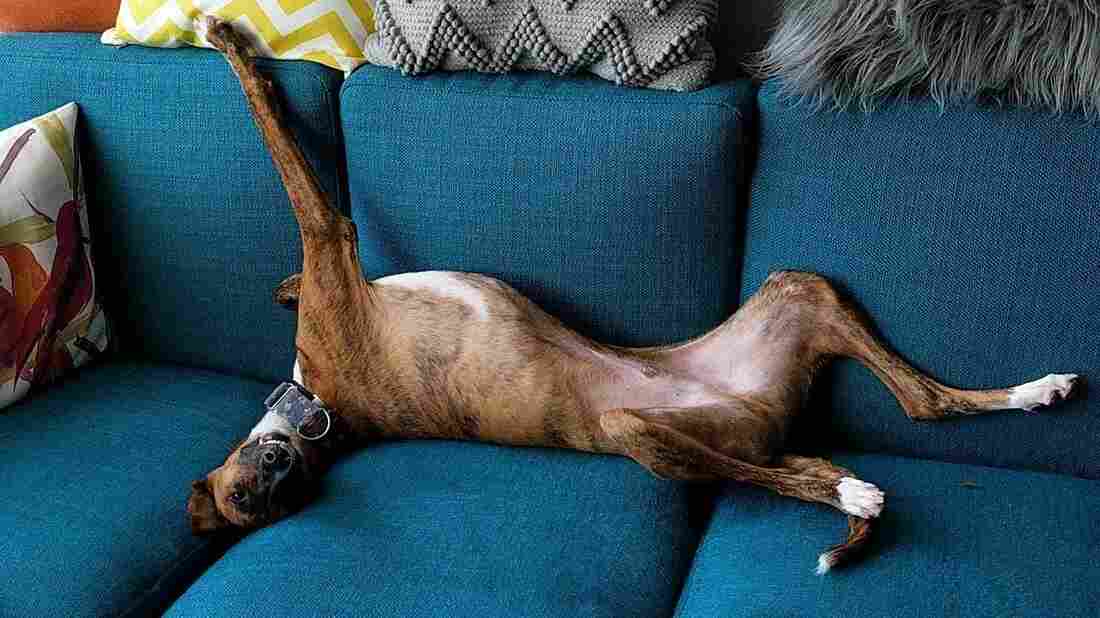 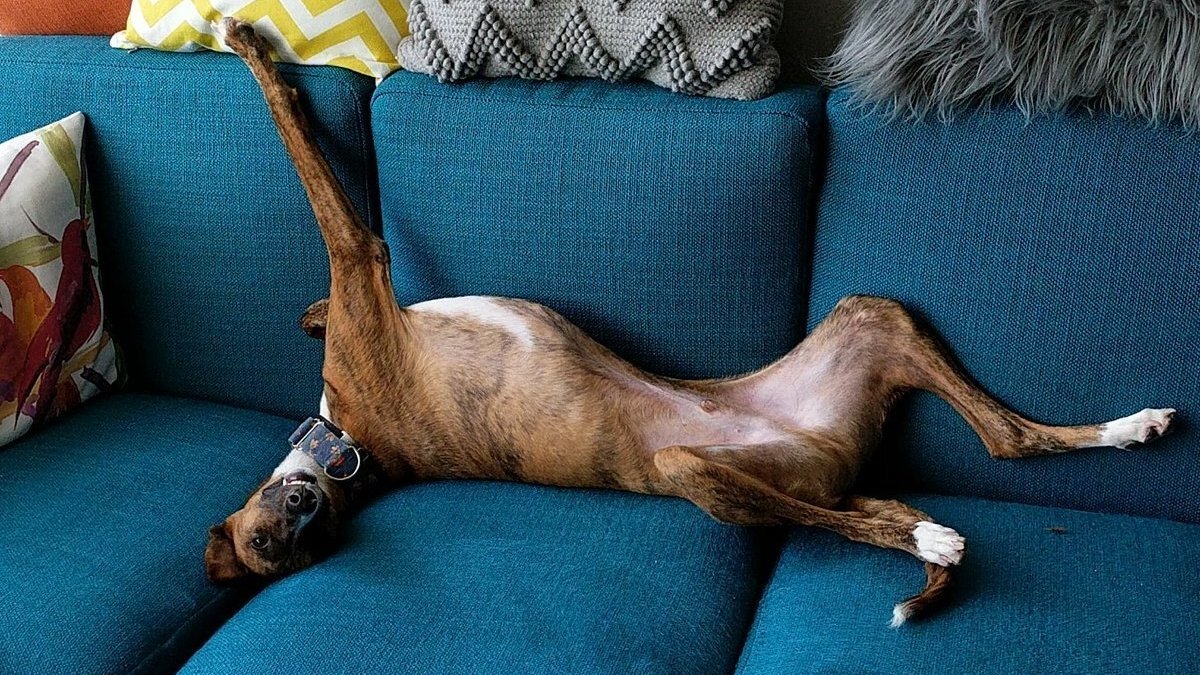 Great, right? In that image, it's fairly easy to see that he's thinking, "I am beautiful, in every single way; words can't bring me down." But a lot of the time, figuring out his thought process is a little more complicated. I look deeply into his eyes sometimes and wonder, "What, exactly, do you want?" And sometimes, I express this same quandary by addressing him as "you weirdo." He doesn't mind. He considers this an affectionate nickname because of the love with which I say it to him.

One of the frustrations of owning (or, really, being owned by) a profoundly curious dog is that he doesn't want to leave anything alone. If he had a tattoo, it would be right on the white spot on his chest, and it would say, "IF YOU'RE NOT SURE WHAT IT IS, PUT YOUR FACE IN IT." He follows this rule around the house (socks, shoes, pieces of foam he has previously extracted from inside furniture), around the apartment building (other people's grocery bags, other people's dogs, other people's personal areas). He follows it on walks (cigarette butts discarded by irresponsible monsters, chicken bones discarded by irresponsible monsters, things that vaguely resemble former small animals that I make every effort not to look at very closely). As all dog owners will know well, he perhaps follows it most rigorously when it comes to anything that has exited the body of another dog.

Don't get me wrong — I stop him. I don't let him stick his nose in somebody's Harris Teeter bag and eat a deli sandwich, and I definitely don't let him inspect the parts of any human who is not me (or any human who is me, give or take his crafty efforts to sniff me while we're snuggling on the couch). I pulled him away from what I eventually decided was an ex-baby bird three different times. (That's three full-body shudders!)

But he would. He's dying to. And while I certainly expected it and anticipated it because it is a basic rule of dogs, I didn't, at a very basic level, get it.

And then I got a Nintendo Switch. And at some point, it clicked: My dog explores the world as if he has only one button to push when he sees something unfamiliar. And that button is called "Put Your Face In It."

When you play games that involve any degree of exploration, whether they're relatively chill, like Stardew Valley, or more active, like Breath of the Wild, when you see a new thing, you very often have the option of going up and pressing your action button — the one that says, in effect, "Huh, what does this do?" Very often, the answer is "nothing." You walk up to a plant or a tree or a fence and you push the button, and you learn nothing. Not even the limited sensory input you'd get from kicking something inert in real life. Nothing really happens when you kick a tire in real life, but at least you find out what it feels like.

In games, you have that one main button, and if you don't press that, you don't learn anything. Sometimes you get an on-screen hint about what the button will do, and sometimes you don't. You have other buttons that do other things, obviously, but with an unfamiliar object, it's mostly, "Walk up, push button." It's your only way to interact, because you have an extremely limited input system. You often get no gradations of information from circling the thing, you can't smell it, you can't ask anyone a question about it, you can't Google it. You just have to ... you have to ...

[Here, please imagine my dog sitting up straight, pointing directly at me with one paw, narrowing his eyes and saying, "GO AHEAD. SAY IT."]

You have to put your face in it. You have to just see what it does. Take Stardew Valley, as an example. You put your face in that wild onion, and all of a sudden — you got a wild onion! You put your face in that cash register, and all of a sudden — you get to go shopping! And after a while, you will find yourself spotting something you've never seen before and saying internally, "OH BOY OH BOY I NEVER SAW THAT BEFORE I GOTTA GO PUT MY FACE IN THAT." And that is the moment when you understand your dog. He is a single-input system.

When I am walking my dog around the neighborhood now, I imagine him going boop-boop-boop as he wanders along wondering what he should approach, much as I do when I walk from my Stardew Valley farm to the place where I will once again sell my virtual parsnips. And when he sees an empty Doritos bag lying on its side on the street, I realize that he is having the same experience I did the first time I picked up an imaginary oyster on the imaginary beach. He is saying to himself, "This could be some wonderful and magical key to a benefit yet unrealized! This could be magic! This could taste delicious! This could transport me to another dimension!" Most importantly, he is thinking what I am always thinking any time I fail to investigate anything: "But what if I really neeeeeed it?" And he is pushing the only button he has. His action button.

Put Your Face In It. A lesson from dogs and games to you.