Accessibility links
Furnishing Homes For A New Life After Domestic Violence Interior designer Julie Davis says she wants domestic violence survivors to "feel like somebody cared, and ... feel like they have hope." 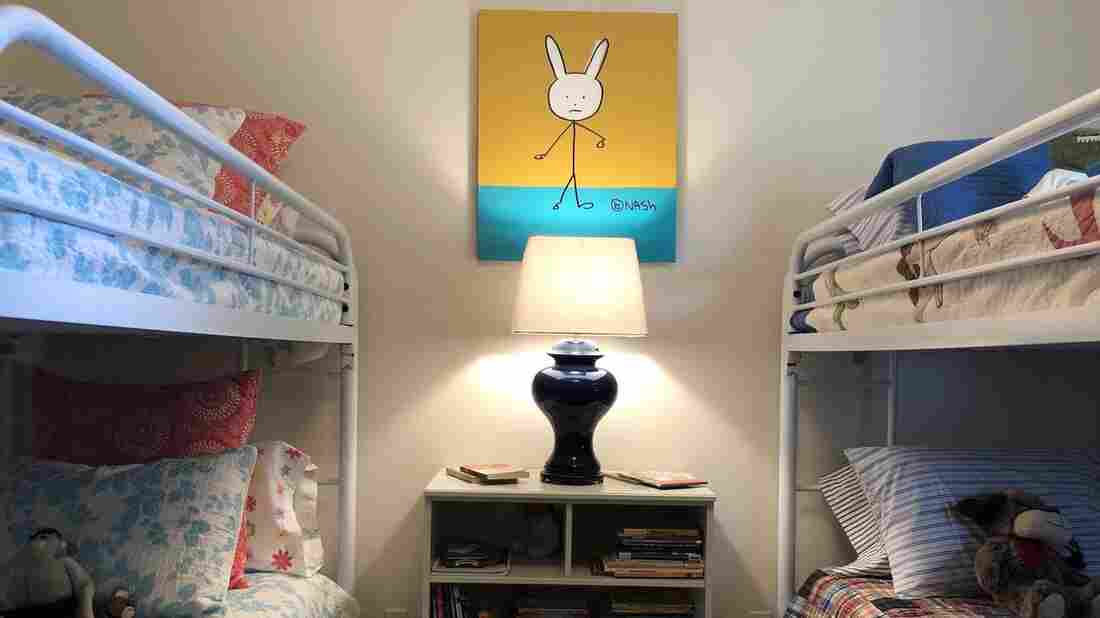 Each Re-New home is furnished to meet the needs and tastes of families. Jay Shah/WPLN hide caption 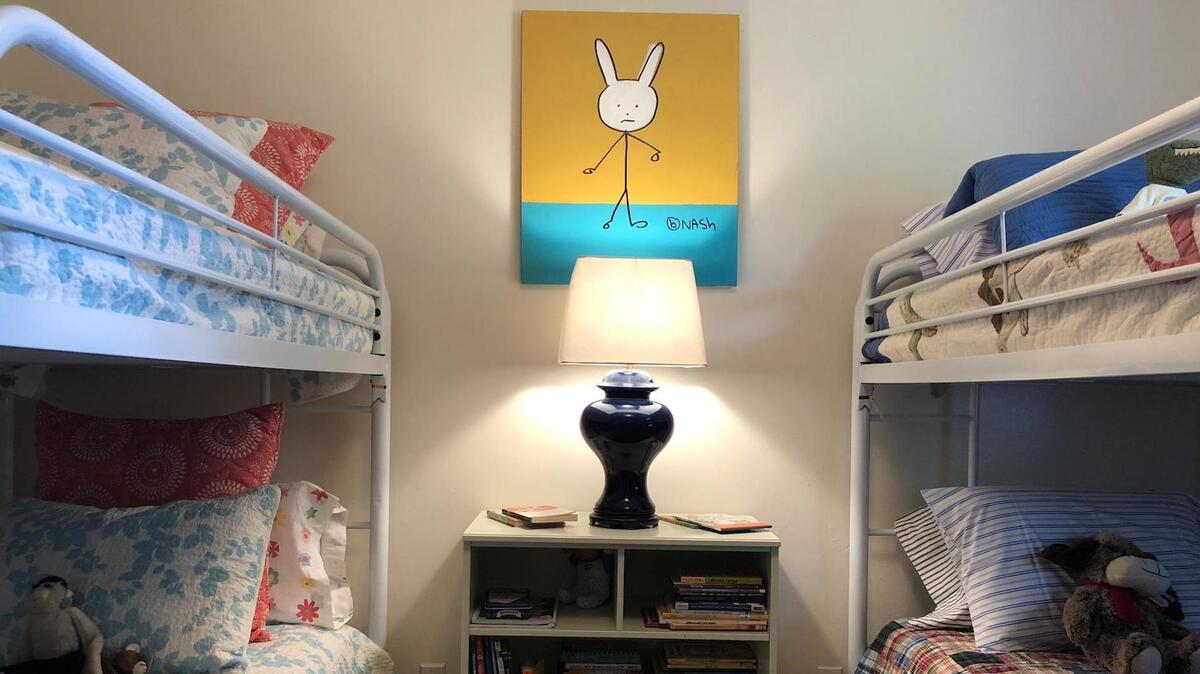 Each Re-New home is furnished to meet the needs and tastes of families.

Julie Davis directs half a dozen volunteers as they unload a 16-foot truck in front of a Nashville duplex. Bunk beds, dressers, lamps and a diaper-changing station come out of the truck; so do boxes with shampoo, books, toys, a kitchen's worth of supplies.

Everything going into the empty two-bedroom apartment has been donated to Re-New, a project that Davis, a high-end interior designer, began eight years ago, when she decided to start using her clients' old furniture to help domestic violence victims moving out of a shelter. Since then, Re-New's dedicated crew of volunteers has furnished nearly 200 homes, for more than 400 women and children they've never met, and all for free.

The tenants — who get to keep all the furnishings — tell Davis what color schemes they like, and what their needs are. She coordinates each project from start to finish.

"I'll come take measurements, make a blueprint of the house," said Davis. "Then, when I go back to the warehouse I'll know then what size sofa, what size drapes, what size beds." 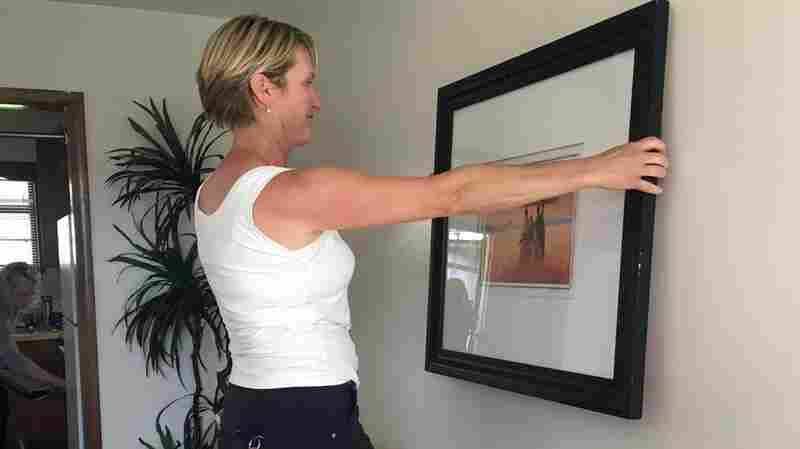 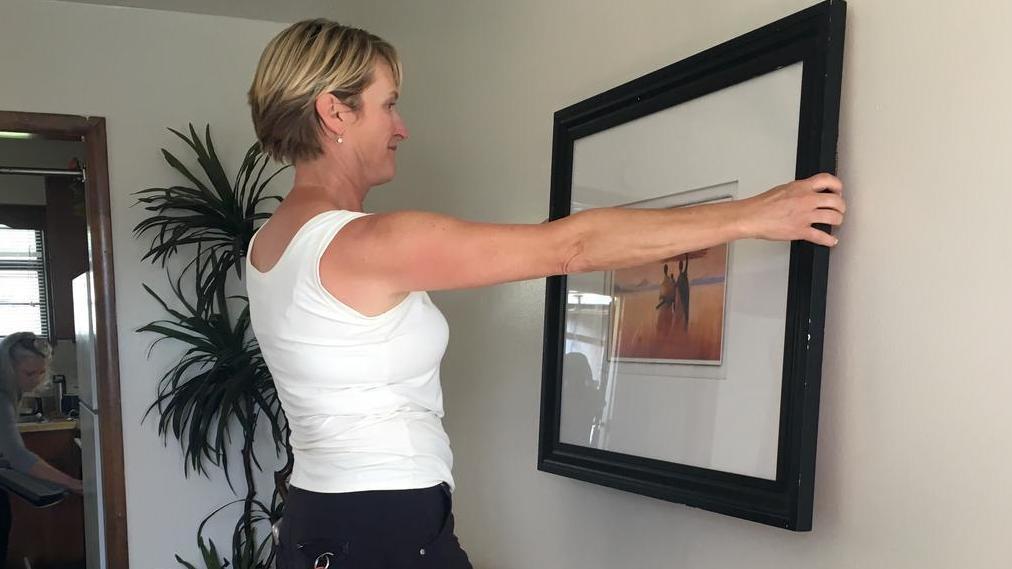 Volunteer Kristin Taylor is usually in charge of hanging all pictures and curtains.

In no time, the latest apartment features an earth-toned living room, an orange and pink kitchen, and in the kids' room, brightly-colored animal paintings that would usually run around $100 each. The family will move in just hours after the volunteers leave with their hammers, drills and vacuum cleaners.

Davis got the idea for Re-New in 2010, during lunch with the then-CEO of the Nashville YWCA. The organization not only runs a domestic violence shelter, it also pays for one year of transitional housing in places victims pick out themselves. Davis thought, why not use what her wealthy clients no longer wanted to create beautiful, welcoming homes for those recovering from trauma.

She said the vision from the very beginning was to make domestic abuse survivors feel two things when they walked in their new home: "We want them to feel like somebody cared, and we want to feel like they have hope. The biggest thing is hope. We're trying to make a difference one home at a time."

For confidentiality reasons, no one at Re-New ever meets the families. But Kristin Taylor, a core volunteer who's in charge of the power tools, thinks about them every time they do up a home.

"Often times," said Taylor, "five o'clock after work I'll look at my watch [and think] 'Oh, maybe they're walking through the door right now and what do they think?' Or I think about sleeping in their own bed the first night. It's a nice feeling."

The volunteer crew does hear from families, though, through thank-you letters and reaction videos. Like one from Christan Lyons and her daughters, who shrieked as they walked through their Re-New apartment for the first time last year: "It's sooooo soooo amazing! It's a dream come true!" One of Lyons' daughters even thanked Santa Claus.

Lyons said it took nearly a dozen visits from the police, two orders of protection and a warning from child services to finally leave her husband. She was nearly bankrupt when she and her three kids went into the shelter. They spent five months there before Lyons found her new place.

Today, she says she's extremely grateful to have been able to leave behind many things from her old house — they were filled with too many bad memories. She says even if her husband "had burned down the house or I was unable to get divorced and he was harboring all of my things, it wouldn't have mattered because Re-New had the whole place furnished anyway. So it's nice to not have needed any of that stuff and be able to just throw it all away."

It felt like a reward for having the courage to walk away.

But equally profound, says Lyons, was walking into a home custom-decorated with so much love, by total strangers. "It's an invaluable experience for a woman who's gone through brutal abuse," she said, "It felt like a reward for having the courage to walk away."

The 33-year-old now works at a behavioral health care center, and wants to become a therapist, to help others like herself.

Meanwhile, the Re-New team is preparing the next home — they do about two per month. Davis and her partner in Re-New have long outgrown the garage where they first stored donations from her clients. Today, their warehouse is full of items from a variety of donors, including a gardening store that makes sure each place has a welcome mat.

And families are always greeted by a warm crock-pot full of chili, for their first meal in their new home.