Accessibility links
Muslim Americans Running For Office In Highest Numbers Since 2001 As many as 100 Muslims filed to run for office this year, according to Muslim political groups, the most since the Sept. 11, 2001, attacks. About 50 of those candidates remain in the running. 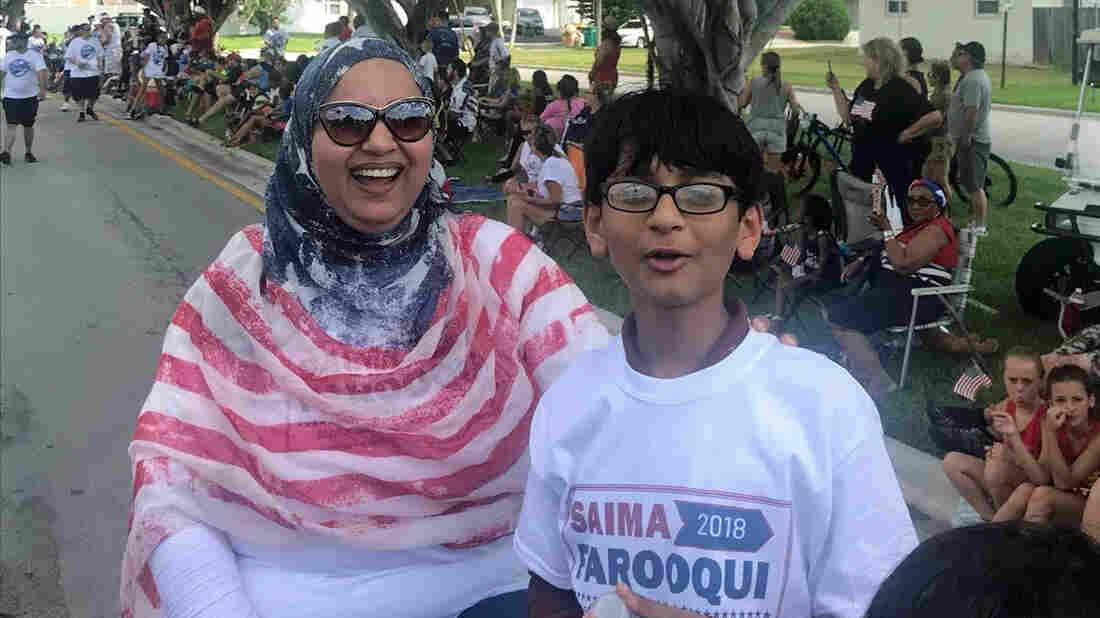 Saima Farooqui, if elected, would be the first Muslim to serve in Florida's state House of Representatives. Courtesy Saima Farooqui hide caption 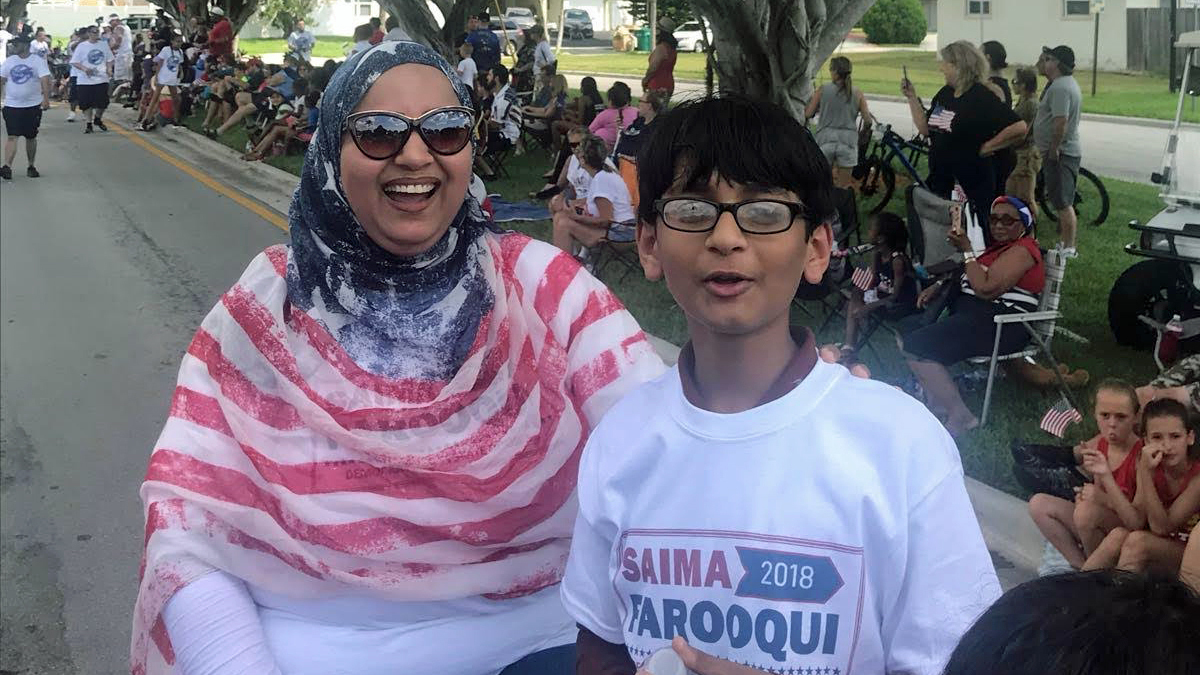 Saima Farooqui, if elected, would be the first Muslim to serve in Florida's state House of Representatives.

A record number of Muslim Americans ran for statewide or national office this election cycle, the most since the terror attacks of Sept. 11, 2001, made Islam a political target for many, according to Muslim political groups.

The Muslim civil rights group, Emgage, estimates that as many as 100 Muslims filed to run for elected office this year. Of those 100, about 50 Muslim-American candidates remain more than midway through the primary season, the AP reports, which is significantly higher than the dozen that ran in 2016.

Many of the candidates say they were motivated by growing anti-Muslim sentiment in the U.S., inspired by President Trump's anti-Muslim rhetoric and policies.

"I'm running for office because I felt a dire need to help the community," says Saima Farooqui, who, if elected, would be the first Muslim representative in the Florida statehouse. "[Trump] has kind of ignited the minorities to be together and stand with each other and to make a difference."

Rhetoric that puts down Muslim Americans has actually empowered them to take a more active role in politics, she tells Here & Now's Jeremy Hobson.

The U.S. Muslim population is growing and now stands at 3.45 million. There are fewer than 300 in political office, with only two Muslim Americans holding seats in Congress, according to Jetpac, a Massachusetts nonprofit organization that supports Muslim-American candidates.

Muslim Americans report increasing levels of harassment since 2001, but more recently attacks have spiked, according to a Pew Research Center analysis of FBI data on hate crimes. Between 2015 and 2016, assaults against Muslims in the U.S. exceeded the number reached in 2001. Fifty percent of Muslim-American adults surveyed by Pew Research in 2017 said life in the U.S. has become more difficult due to discrimination, racism and prejudice.

The next series of primaries in the 2018 elections is set for August. There are still nine Muslim Americans running for Congress, at least 18 seeking spots in state legislatures and another 10 campaigning for other state or local offices, such as governor or mayor, according to Jetpac.

Many of the Muslim-American candidates are Democrats looking to capitalize on the wave of progressive activism highlighted by Alexandria Ocasio-Cortez's stunning upset over incumbent challenger Rep. Joe Crowley in the New York congressional primary, the AP reports.

In Michigan, a state with a sizable Muslim-American population, at least seven Muslim Americans are running in the August 7 primary, according to the AP, including Abdul El-Sayed, who could become the first Muslim governor elected in the country.

But despite these record numbers, Muslim American candidates continue to face Islamophobic attacks. Outgoing GOP Sen. Jeff Flake defended Democratic Senate candidate Deedra Abboud, who is running for his Arizona seat, after she faced harassment on Facebook and by right-wing extremist groups at campaign events.

"I'm a strong believer that we have to face this rhetoric," Abboud told the AP. "We can't ignore it or pretend like it's a fringe element anymore. We have to let the ugly face show so that we can decide if that is us."

There is a long history of opposition to Muslims holding office in the U.S. Former presidential candidate and current Secretary of Housing and Urban Development Ben Carson told NBC's Meet The Press in 2015 that he would not vote for a Muslim president. Also on the campaign trail that year, then-candidate Trump failed to correct an audience member who implied that President Obama is a Muslim.

While rising Islamophobia spurred her political ambitions, Farooqui says she is running to represent everyone in her Florida district.

"Those sentiments or statements of hate are kind of like fume and fuel for me that ... really ignite me to do even more and strive even more," she says. "I want to represent each and every one regardless [of] what they believe, who they love, where they came from."