Accessibility links
Sean Spicer Regrets Inauguration Crowd Size Comments The former White House press secretary has a new book coming out. Spicer tells NPR that he regrets dressing down the press for reporting on the crowd size at Trump's inauguration. 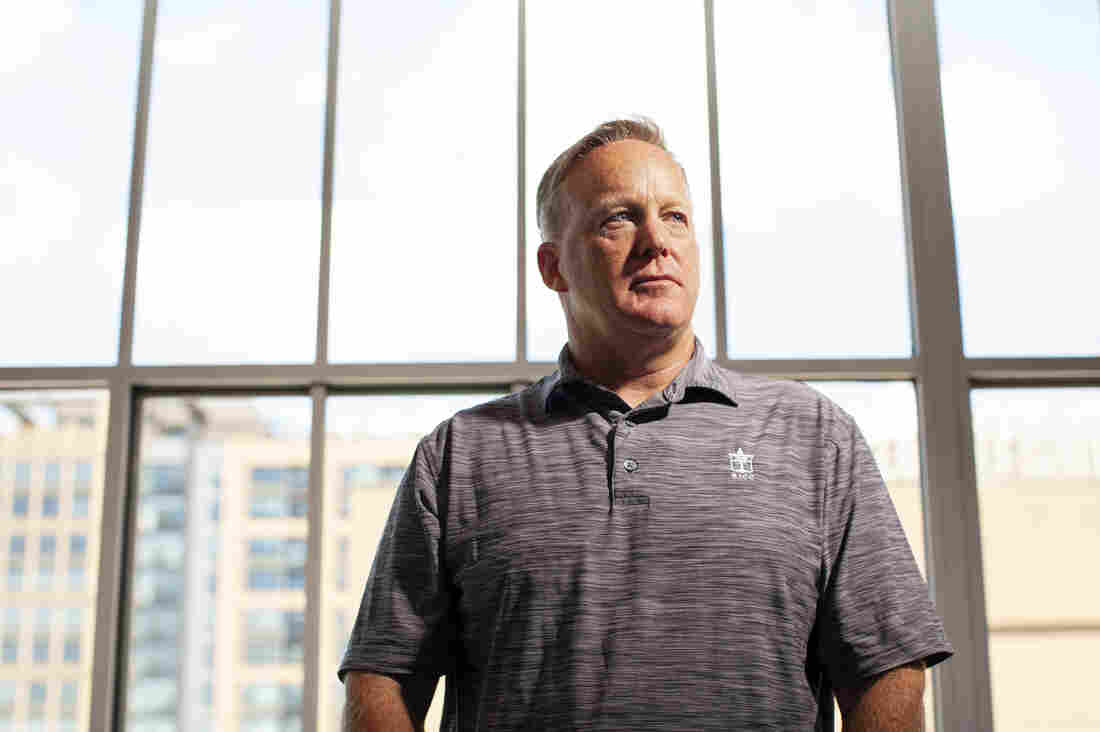 "I think Sarah has done a great job of making sure that she understands what the president wants," says Former White House press secretary Sean Spicer says in an interview at NPR with Mary Louise Kelly on Wednesday. Eslah Attar/NPR hide caption 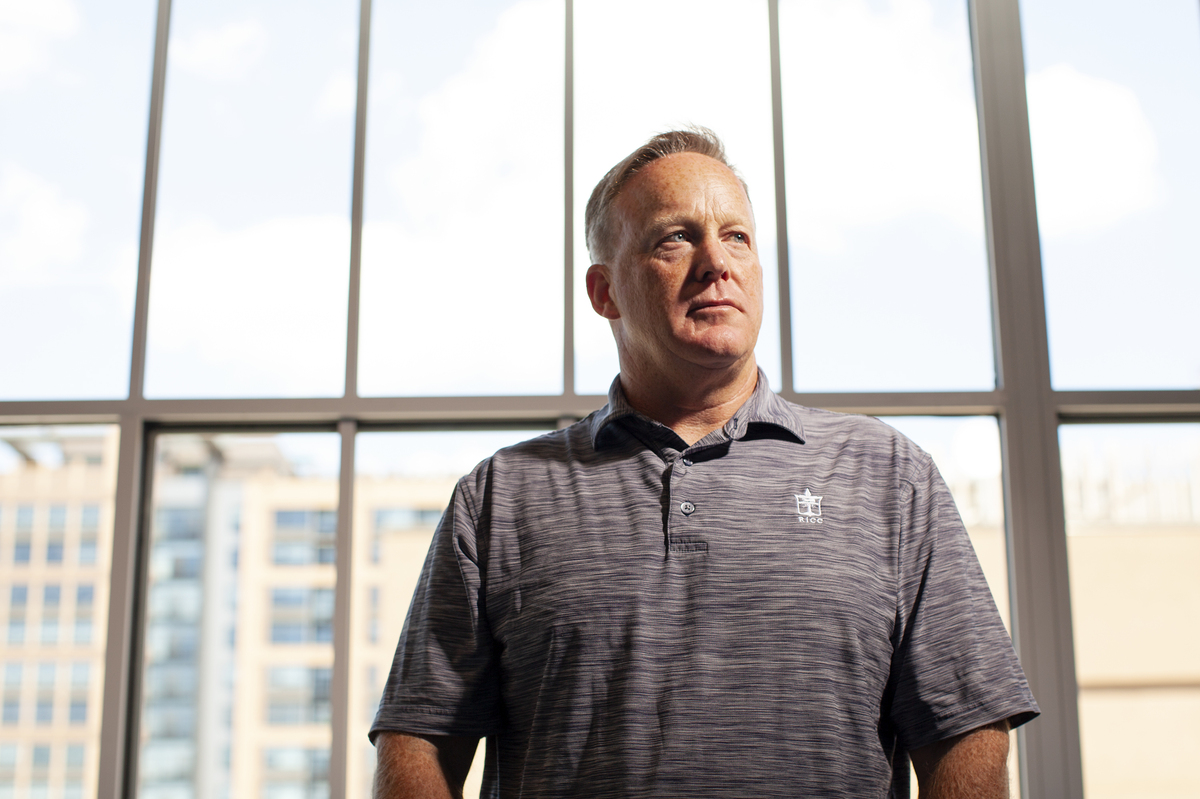 "I think Sarah has done a great job of making sure that she understands what the president wants," says Former White House press secretary Sean Spicer says in an interview at NPR with Mary Louise Kelly on Wednesday.

Former White House press secretary Sean Spicer has words of praise for Sarah Sanders, his successor on the podium, and says she has figured out how to please President Trump in the job in a way he struggled to do.

"I think Sarah has done a great job of making sure that she understands what the president wants," Spicer told NPR's Mary Louise Kelly in an interview on Wednesday in advance of next week's release of his book The Briefing: Politics, the Press and the President.

"That was a challenge for me at the beginning. [Trump's] an unconventional candidate and president. He's a disrupter, and we were trying to adapt. And I think [Sanders] has done a good job of adapting to what he wants her to do and say and communicate his thoughts," Spicer said.

Sanders has been accused of twisting the truth or outright lying in many of her briefings with the press, however, and often obfuscating and dodging questions. She frequently spars with certain reporters, but those are all attributes that Trump appears to appreciate from her.

Spicer stirred plenty of controversy and spurred comedic parodies during his brief tenure at the White House of about six months. Famously, he came out and excoriated the press the day after the president was sworn in, when Trump was frustrated by coverage that showed side-by-side pictures depicting his inauguration crowd as much smaller than President Barack Obama's.

Spicer boasted that it was "the largest audience to ever witness an inauguration, period, both in person and around the globe." That combative posture set the tone for his relationship with the press, and Spicer said he regrets it.

The Real 'Spicey' Crashes The Emmys, As Stars Mock Trump

"If you ask me for one thing that I probably want a do-over on, that's it. There was nobody happy with me that night," Spicer recalled.

As for Trump's reviews of Spicer's own inaugural outing, he said the president "was very clear that that was not a performance he was pleased with," in part because he wasn't sure what Trump had wanted him to push back on or how to go about it.

"I sort of thought I knew what he wanted and went and did it. And I'll be honest, if I could have a do-over on that day, I'd take it every day of the week," Spicer said.

But one thing he wouldn't take is another trip back to the White House, calling it an "intense, intense job" that is "unrelenting."

And Spicer said he doesn't envy his former colleagues as they try to deal with the fallout from Trump's summit in Helsinki with Russian President Vladimir Putin.

On Monday, speaking alongside the Russian leader, Trump said Putin's denials that Russia had interfered in the 2016 U.S. elections were "extremely strong and powerful," casting doubt on American intelligence findings to the contrary. The next day, Trump tried to walk back some of those comments, saying he misspoke.

Spicer said he is "glad" Trump tried to clarify on Tuesday but laughed that "I'm glad that I'm out promoting a book and not having to deal with that right now."

More of Kelly's interview with Spicer will air Wednesday and Thursday on All Things Considered.