Accessibility links
Bermuda Triangle, Live In Concert: Newport Folk 2018 It's not often you find a band with three lead singers who each sound as impressive on their own as they do together. 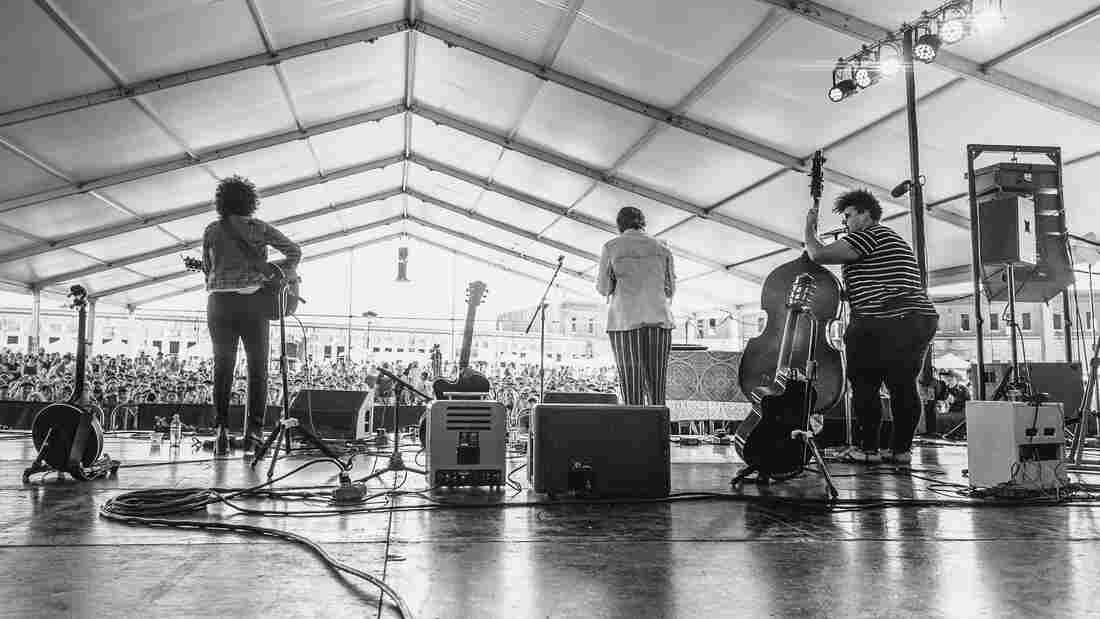 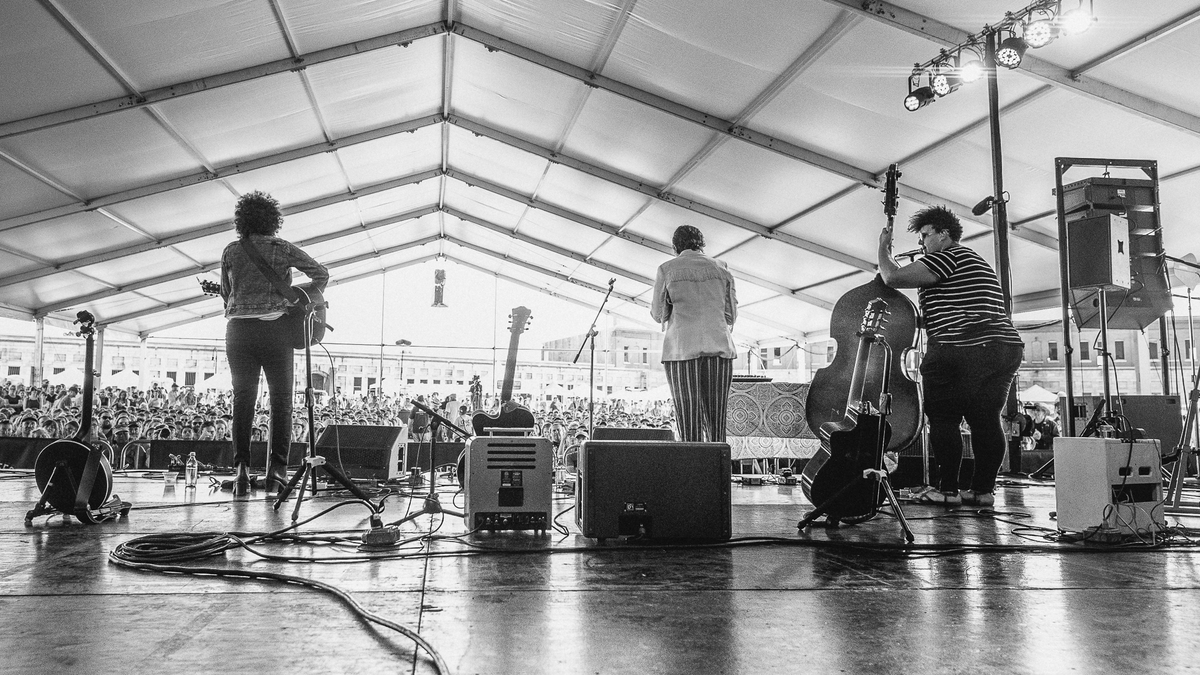 "Thank you so much. We never thought we'd be here," exclaimed Brittany Howard following a massive applause from an audience crammed in the Quad Tent to see the Newport Folk Festival debut of Bermuda Triangle.

It was a touching and sweet moment to behold, particularly coming from the front woman of Alabama Shakes, a band that has headlined twice at Newport Folk. However, there wasn't a shred of been-there-done-that, rock star attitude on display, only genuine camaraderie, gorgeous three-part harmonies and plenty of references to tequila drinking on porches in Nashville. This is how the three women — Brittany Howard, Jesse Lafser and Becca Mancari — casually began as an acoustic trio, and though there are only three recorded songs available (and apparently no album planned, as of yet), Bermuda Triangle has the feel of something much more than just a side project. Heck, they even have an eponymous theme song!

Standing in a row on the stage, Howard mostly played upright bass, and some guitar, Mancari stood in the middle with a guitar, occasionally leaning forward to a table to play some drum machine tracks, and Lafser alternated between guitar and banjo. The women traded lead vocal duties, song by song, going down the line: Howard, then Mancari, then Lafser and back to Howard. It's not often you find a band with three lead singers who each sound as impressive on their own as they do together. The ladies' chemistry and skillful playing made one hope that this isn't the last we hear of Bermuda Triangle. 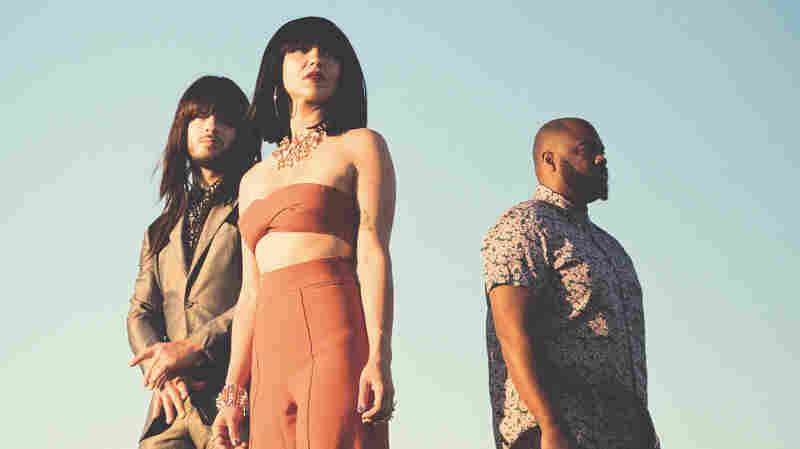