Accessibility links
White House Names Steven Dillingham To Head Census Bureau The agency has not had permanent leadership since July 2017. If confirmed by the Senate, Steven Dillingham will oversee the 2020 census and inherit six lawsuits challenging a citizenship question. 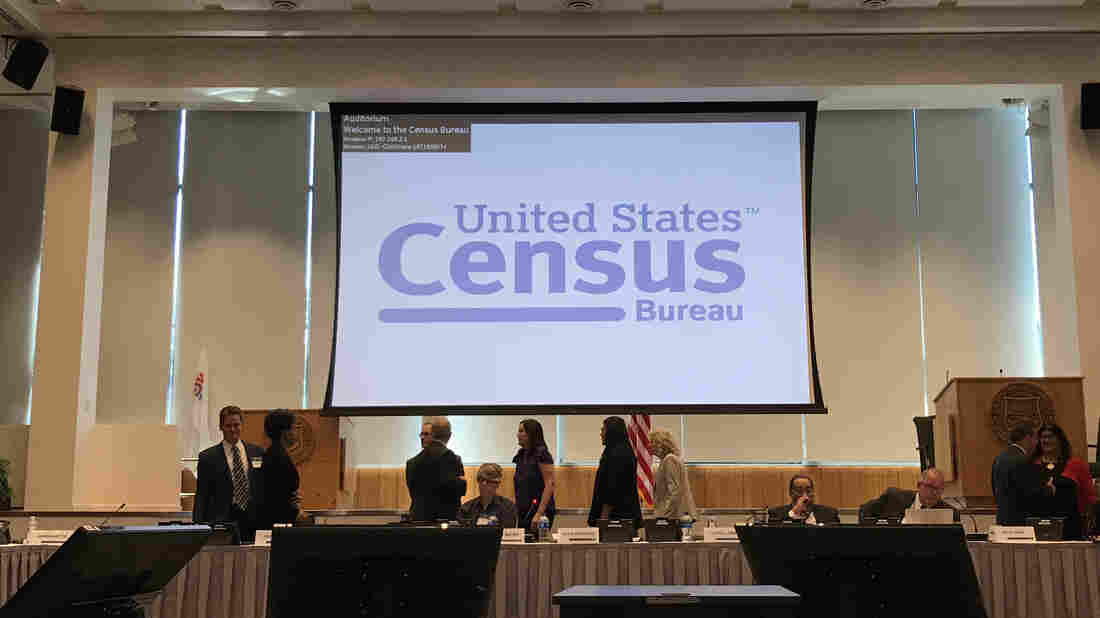 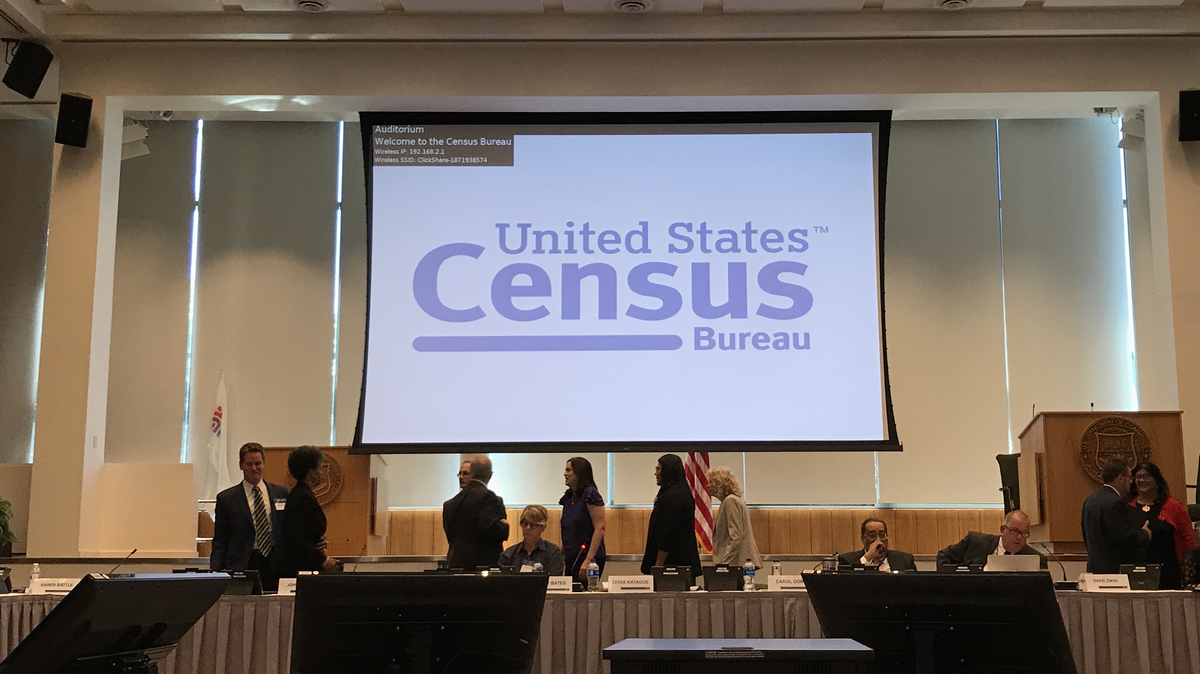 The U.S. Census Bureau holds a public meeting of the National Advisory Committee at the agency's headquarters in Suitland, Md.

The White House has announced Steven Dillingham as its nominee for the next director of the U.S. Census Bureau. If confirmed by the Senate, Dillingham will oversee an upcoming national head count that has already sparked a legal fight over a new citizenship question and cybersecurity concerns as the first U.S. census to be conducted mainly online.

Dillingham has not worked for the Census Bureau before, but he does have experience leading smaller federal statistical agencies, including the Bureau of Justice Statistics and the Bureau of Transportation Statistics. He earned a Ph.D. in political science, along with graduate degrees in law and public administration, from the University of South Carolina, according to the school's website. Dillingham currently serves as the director of the Peace Corps Office of Strategic Information, Research, and Planning, according to a press release from the White House.

"I look forward to working with all of my future colleagues as we prepare for the decennial census and ensure timely and accurate data are delivered to the American people," Dillingham said in a written statement released by the Commerce Department, which oversees the Census Bureau.

The federal government's largest statistical agency has been operating without permanent leadership since last July, when former director John Thompson left after announcing an earlier-than-expected retirement. Career staffer Ron Jarmin has been serving as the acting director. If Dillingham becomes the permanent director, Jarmin is set to be named deputy director, according to the Commerce Department's press release.

"At long last, President Trump has nominated a director of the Census Bureau," said Vanita Gupta, president and CEO of The Leadership Conference on Civil and Human Rights, in a written statement. "It is now incumbent upon the Senate to fully and thoroughly vet Dr. Dillingham to ensure that he is committed to overseeing a fair and accurate census. He must not be a partisan operative or beholden to this president's political staff, but someone who can provide the stability, expertise, and independence the bureau needs during these final years of preparation for a successful 2020 Census."

Still, Democratic Rep. Carolyn Maloney of New York is already expressing "serious concerns" about Dillingham's nomination, citing his involvement with the American Legislative Exchange Council, or ALEC, a conservative group that influences state legislation. Dillingham once served as an "academic adviser to the law and justice task force" of ALEC, according to a 1990 announcement of his nomination as the director of the Bureau of Justice Statistics by President George H. W. Bush.

"Dr. Dillingham needs to reject the [Trump administration's] attempt to add a citizenship question and if he does not, I believe the Senate should reject his nomination," Maloney said in a written statement.

As head of the Census Bureau, Dillingham would inherit multiple lawsuits facing the agency. More than two dozen cities and states, plus other groups, have filed six lawsuits over Commerce Secretary Wilbur Ross' decision to add a citizenship question to the 2020 census. While Ross says the Justice Department needs responses to the question to better enforce the Voting Rights Act, critics of the question worry that it will discourage noncitizens from participating and harm the head count's accuracy.