Accessibility links
FBI Director Says Russia Still Seeking To Interfere In U.S. Democracy "Russia attempted to interfere with the last election and ... it continues to engage in malign influence operations to this day," Christopher Wray said at a national security forum. 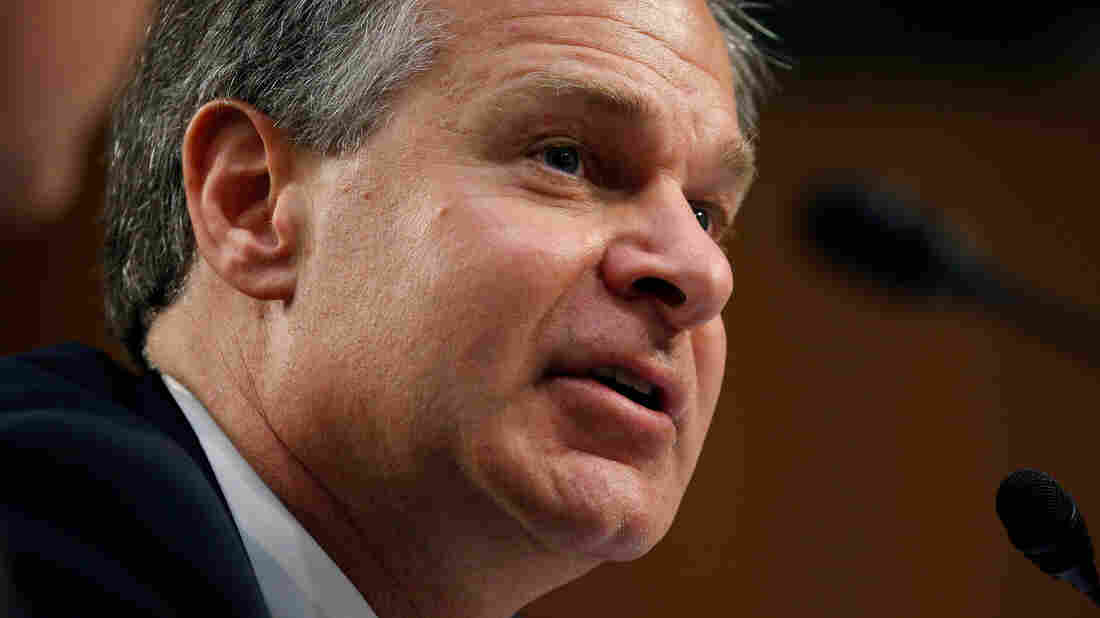 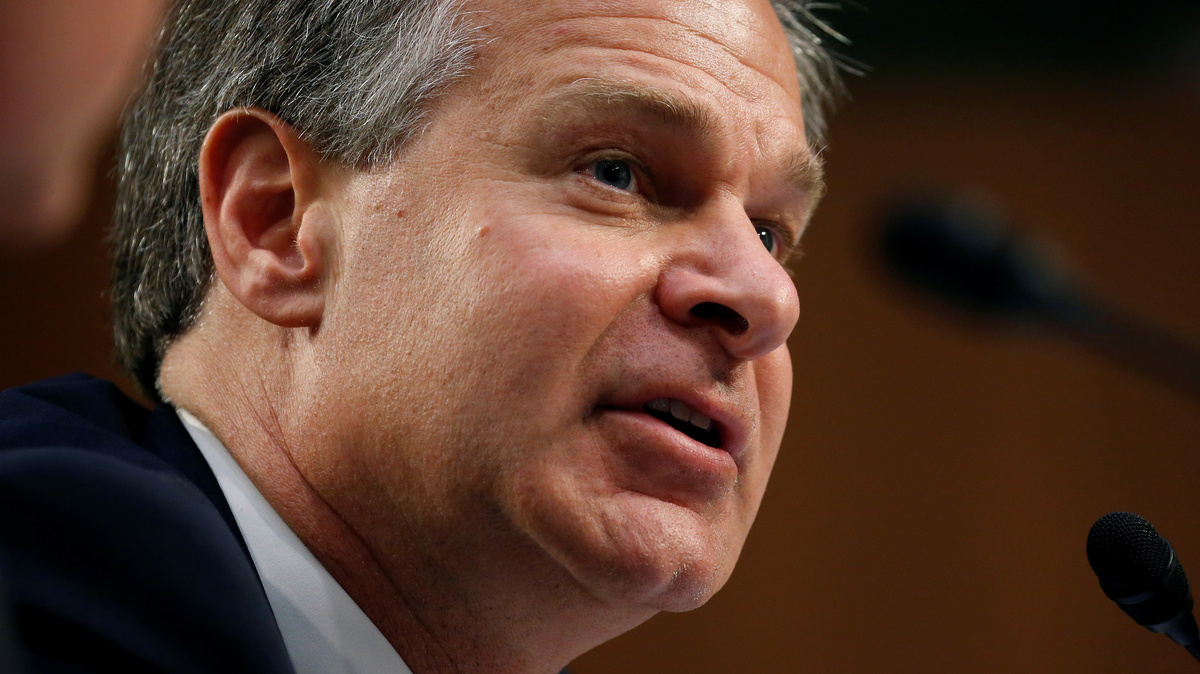 FBI Director Christopher Wray said Wednesday that he stands by the U.S. intelligence agencies' assessment that Russia interfered in the 2016 election, and he warned that the Kremlin has not stopped trying to undermine American democracy.

"My view has not changed, which is that Russia attempted to interfere with the last election and that it continues to engage in malign influence operations to this day," Wray said. "It's a threat that we need to take extremely seriously and respond to with fierce determination and focus."

His comments come amid a series of contradictory statements from President Trump this week about whether he believes Moscow interfered in the U.S. presidential race and is still meddling in American politics.

The president has been trying to correct course since coming under intense criticism for appearing to accept Russian President Vladimir Putin's denials over the U.S. intelligence community's assessment of Moscow's election interference.

Wray, speaking at a national security forum in Aspen, Colo., said the FBI has not seen Russia try to target specific election infrastructure yet this year like it did in 2016, but he said Moscow's ongoing operations are "very active and we could just be a moment away from it going to the next level."

The way the Russians work, he said, is they identify a divisive issue in the U.S. and then use overt and covert means, including fake news and propaganda, to "basically sow divisiveness, spin people up on both sides of an issue and watch us go after each other."

Trump's 'No' About Russian Interference Requires Yet More Clarification

Wray also brushed aside an offer Putin raised to Trump at their recent summit in Helsinki, to allow FBI agents sit in on Russian law enforcement's questioning of Russian suspects who are of interest to U.S. authorities.

"I never want to say never about anything, but it's certainly not high on our list of investigative techniques," Wray said.

Asked about the other half of Putin's offer — to have Russian law enforcement sit in on FBI interrogations of Americans who are of interest to Moscow — Wray quipped: "That's probably even lower on our list of investigative techniques."

Wray repeatedly sidestepped questions about Trump's attacks on the FBI, but he did push back — again — against the allegations that special counsel Robert Mueller's investigation into Russian interference in the 2016 election is a "witch hunt."

"I do not believe special counsel Mueller is on a witch hunt. I think it's a professional investigation conducted by a man I've known to be a straight shooter," he said.