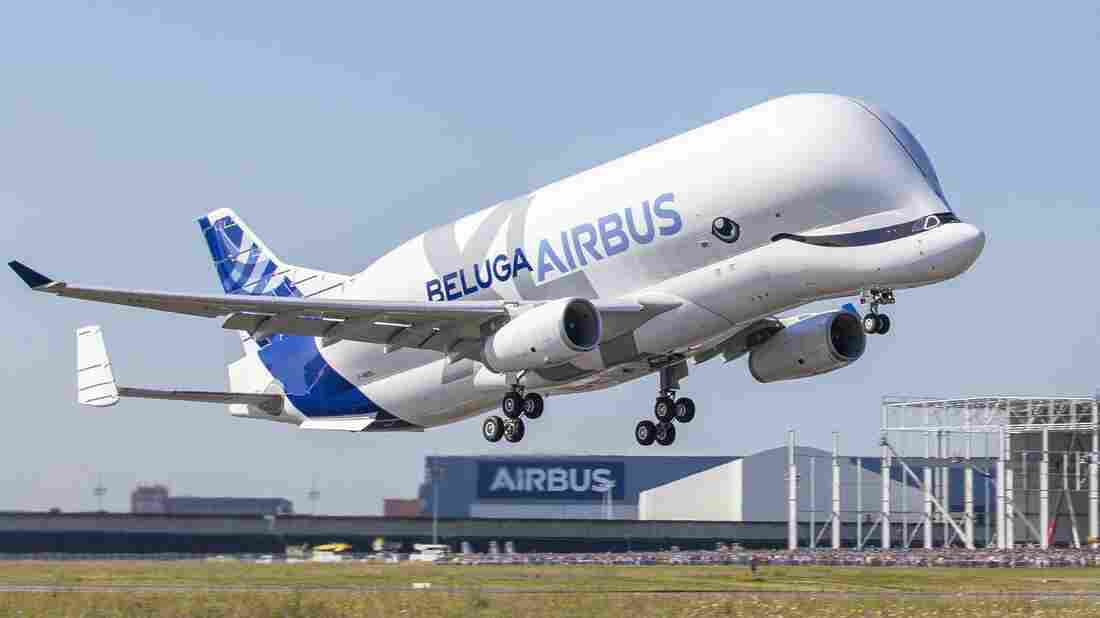 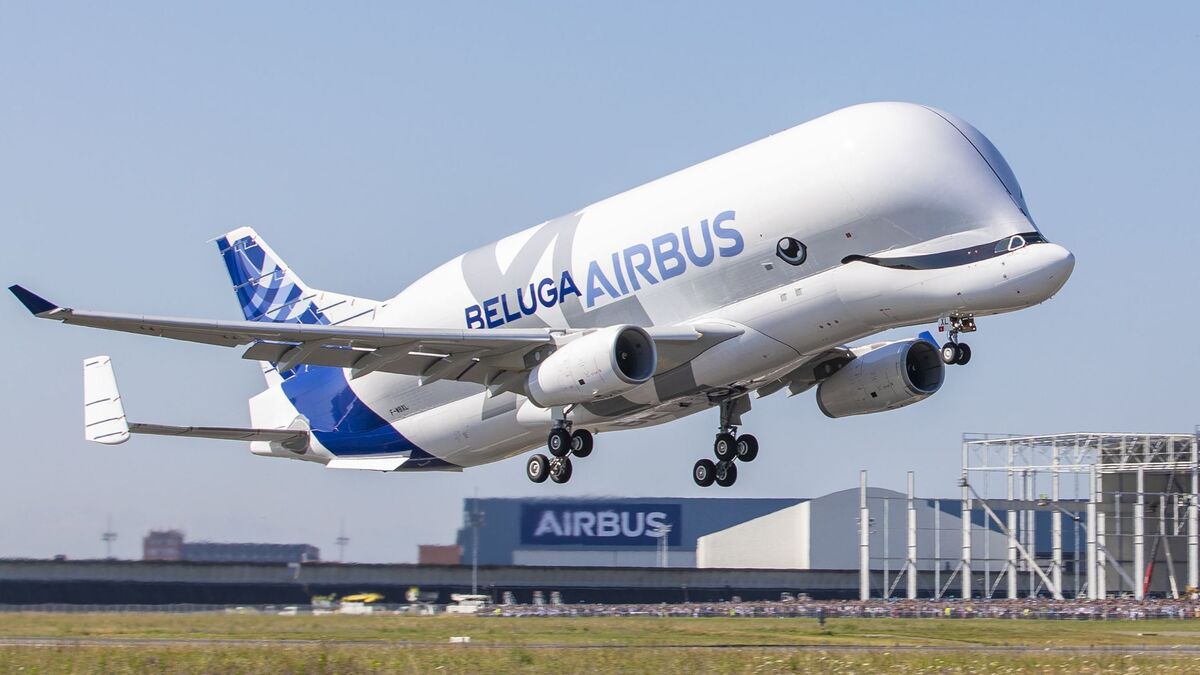 The Airbus BelugaXL, built to transport large aircraft pieces, took off on its first flight Thursday from France's Toulouse-Blagnac Airport.

It's built for oversize cargo, but it also sports a smile: The Airbus BelugaXL took off on its first flight on Thursday, creating a unique sight as the jet with the bulbous upper half rolled down the runway.

The BelugaXL's paint job "features beluga whale-inspired eyes and an enthusiastic grin," the aircraft company says. That whale flew over southern France, soaring over the coast and mountainside.

The jet is the first of a handful that Airbus will use to shuttle large aircraft components between its manufacturing facilities in Europe. Crucially, its expansive cargo area — the fuselage is nearly 30 feet in diameter — can carry two wings for the Airbus A350 jetliner.

Based on an A330 cargo plane, the BelugaXL features an oversized tail section, with a large horizontal stabilizer and fins.

To accept cargo, the plane's "forehead" (in keeping with the whale metaphor) hinges open, revealing a cavernous opening above the cockpit — which sits below the cargo floor.

The jet is capable of taking off with a total weight of 227 tons. Carrying a full load of more than 50 tons, the lumbering plane's maximum range is 4,000 kilometers (about 2,485 miles).

On its initial flight of some four hours, the plane took off from France's Toulouse-Blagnac Airport and returned to the same spot, performing a low pass and tilting its wings "hello" on its way back to the runway.

The BelugaXL is slated to enter regular service in 2019.