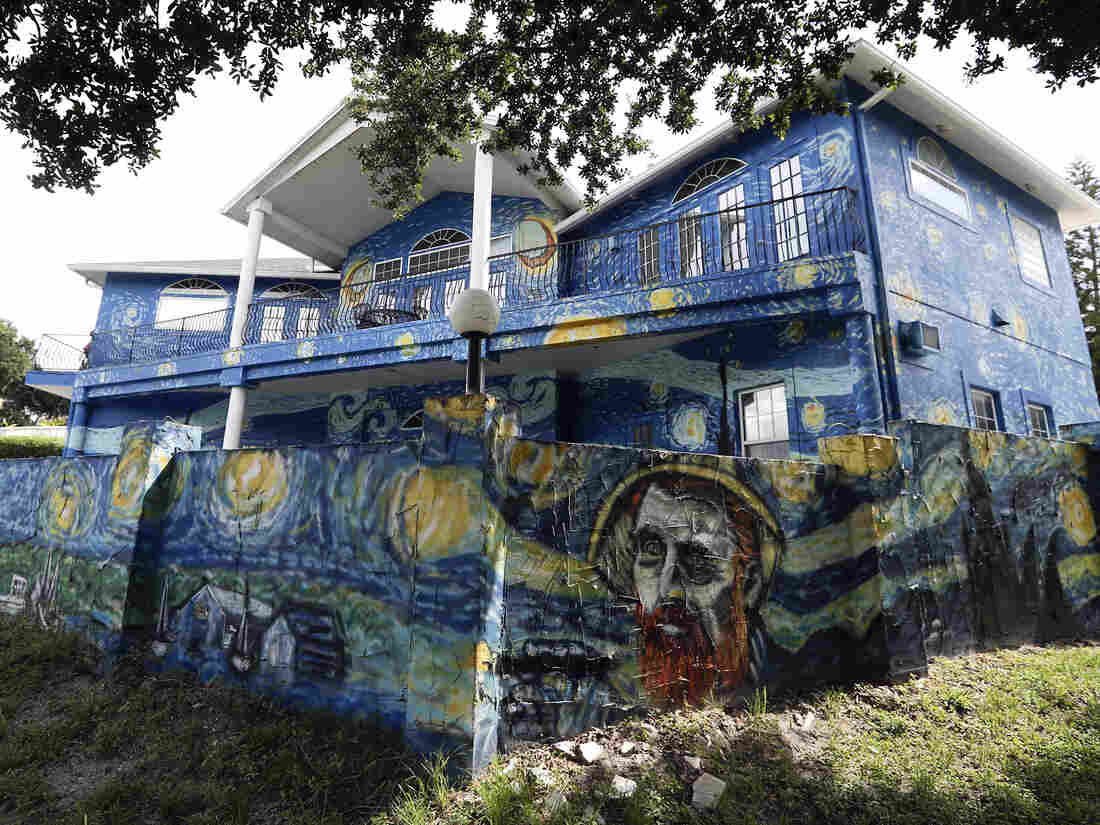 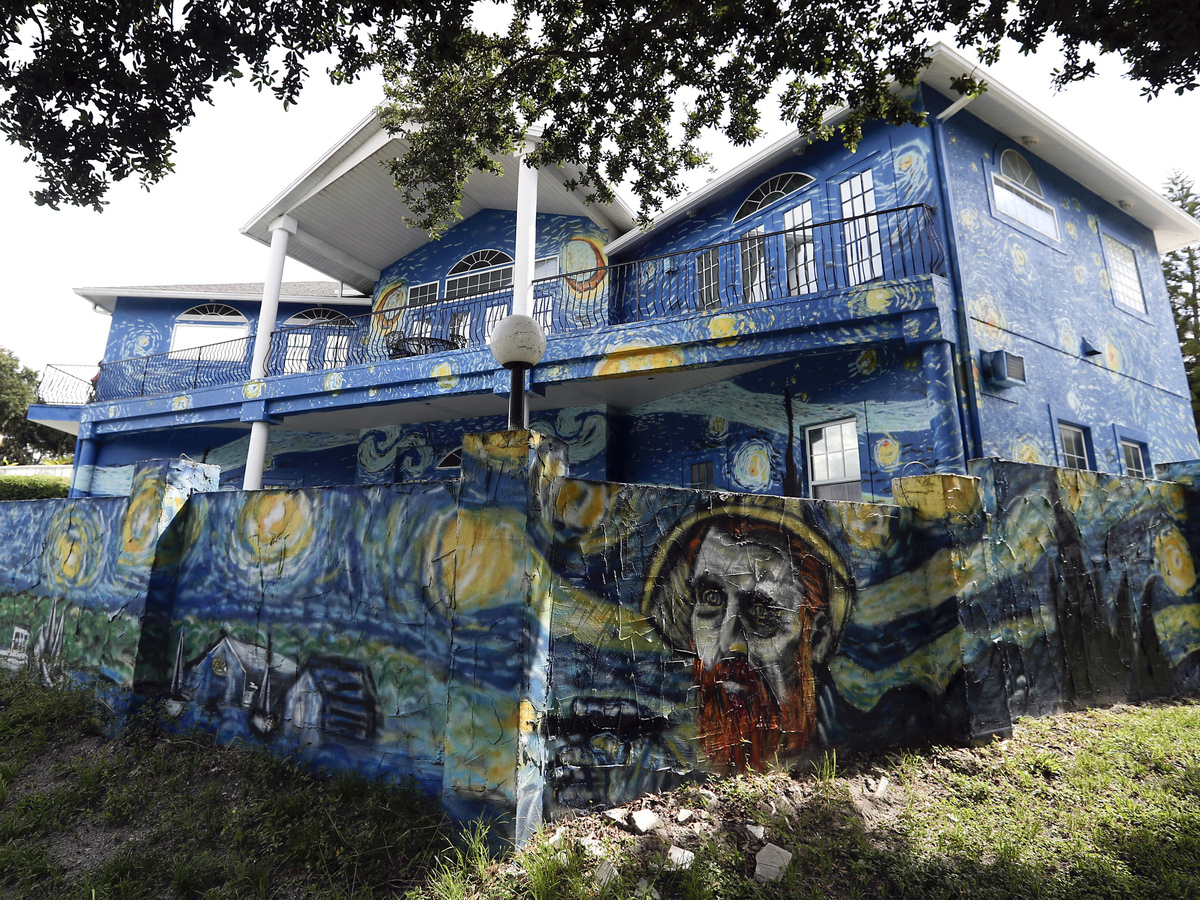 A yearlong battle over a house that was painted to look like Vincent Van Gogh's The Starry Night, ended on Tuesday with an apology and an agreement to drop thousands in fees against the homeowners.

Nancy Nemhauser and Lubomir Jastrzebski had been embroiled in a legal feud with the city of Mount Dora, Fla., to keep their interpretation of the masterpiece on their home and the wall surrounding it, after the city fined them.

The Daily Commercial reported the dispute over the mural began in July 2017, when the couple decided to make over the dingy wall around their property. They expanded the motif to the two-story house "after city officials reportedly told them the masonry wall had to match the house."

The couple was inspired to commission the mural as a sort of beacon for their adult son, who has autism, in the event that he got lost.

Mount Dora officials contended that the bright blue background and swirling yellow stars adorning the house are tantamount to a business sign and violated the local sign ordinance. They ordered the couple to cover it up and fined them $10,000 over several months.

In response, the homeowners filed a lawsuit in federal court, arguing that the unconventional paint job is a form of free speech protected by the First and Fourteenth Amendments.

The lawsuit ended earlier this week after city council members unanimously approved a settlement that included an exemption for this house from future ordinances, an agreement to rescind the code enforcement fines, a payment to Nemhauser and Jastrzebski of $15,000 to cover legal fees, and a personal apology from Mayor Nick Girone, Lisa McDonald, a city spokeswoman, told NPR.

"We are pleased to have this matter resolved to the benefit of all who are concerned," Girone said at the city hall meeting.

He said, "This city wants to look ahead and focus on reviewing our present codes and to continue and embrace arts and artists with open arms."

"We are absolutely delighted and ecstatic," Nemhauser told The Associated Press. "I'm unhappy that we had to go through all of this, but the ending is a happy ending."

Richard Barrenechea, the artist who designed and painted the mural, was glad to put the city's creative differences behind him.