Accessibility links
California Supreme Court Squashes Bid To Split State Into Three The court ruled that the proposal to divide California can't be placed on the November ballot. A venture capitalist has spent years arguing the state would be better off as several smaller states. 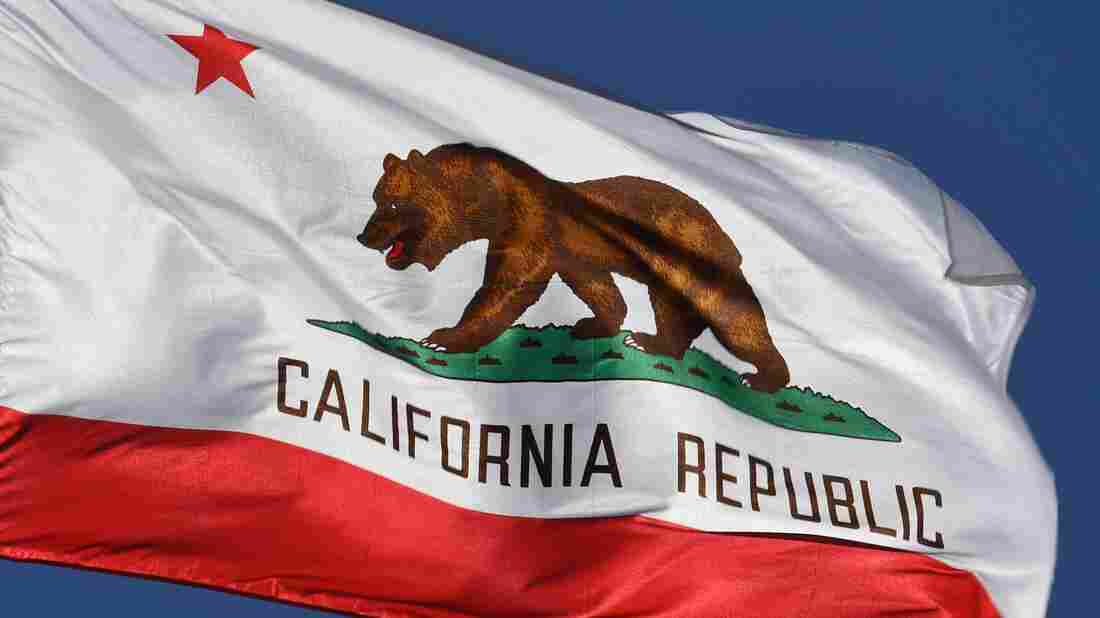 The California state flag flies outside City Hall in Los Angeles. A bid to ask voters if they want to split California into three separate states has been stymied by the state Supreme Court. Mark Ralston/AFP/Getty Images hide caption 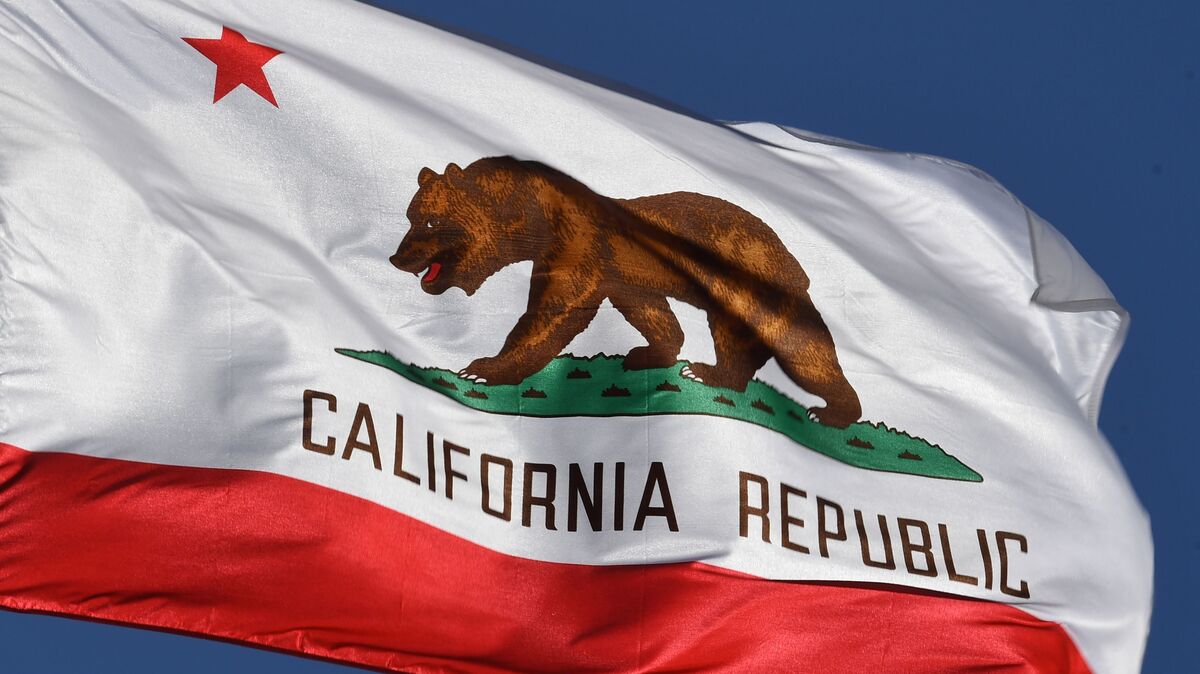 The California state flag flies outside City Hall in Los Angeles. A bid to ask voters if they want to split California into three separate states has been stymied by the state Supreme Court.

California will be staying in one piece, at least for now, after the state's supreme court ruled that a proposal to divide California into three cannot be placed on the ballot in November.

Tim Draper, a wealthy venture capitalist, has spent years arguing that the Golden State would be better off as several smaller states. He says California is too large to be governed effectively and that splitting up would result in "better decision making and real solutions closer to home." This year, he got enough signatures to put it before voters — although experts said that even if the proposal passed, it would face a range of daunting legal and political hurdles.

Then the Planning and Conservation League (PCL), a nonprofit environmental group in California, filed a lawsuit to block the measure from getting to a vote.

The PCL says the proposal amounts to a change in the state constitution, which must be decided by the Legislature before it goes to voters, The Sacramento Bee reports.

"We opposed the measure because splitting the state up doesn't solve any of our existing challenges, it just makes them worse," Howard Penn, the executive director of PCL, told NPR via email. "We have worked hard for the past 50 plus years on statewide policies that help make California a healthy place to live. If the state gets split up into three parts, it would be like hitting the reset button and starting over."

California? Or Cali-Three-Nia? Proposal To Split State Will Be On Ballot In November

The justices unanimously agreed that the proposal shouldn't be on the ballot, at least for the time being.

This isn't the end of the legal dispute. The court has asked Draper to respond with any reasons why he believes the PCL suit is wrong, leaving open the possibility that "Three Californias" might make it onto a future ballot.

In a statement issued last week, prior to the state Supreme Court decision, Citizens for Cal 3, a group funded by Draper, accused PCL of "doing the dirty work of the Sacramento establishment."

"This lawsuit is just another example of how Sacramento politicians, powerful unions and their high-priced lobbyists are trying to hold onto power at the expense of California voters," the group said.

If a future proposal to split the state made it past voters as well as the state Legislature, it would still need approval from Congress, as Danielle Karson reports for NPR.