Accessibility links
Chance The Rapper Releases Suite Of Songs, Reveals New Role As Media Executive The Chicago-forever rapper released a suite of four songs overnight, and in one, revealed his purchase of the shuttered local news site Chicagoist. 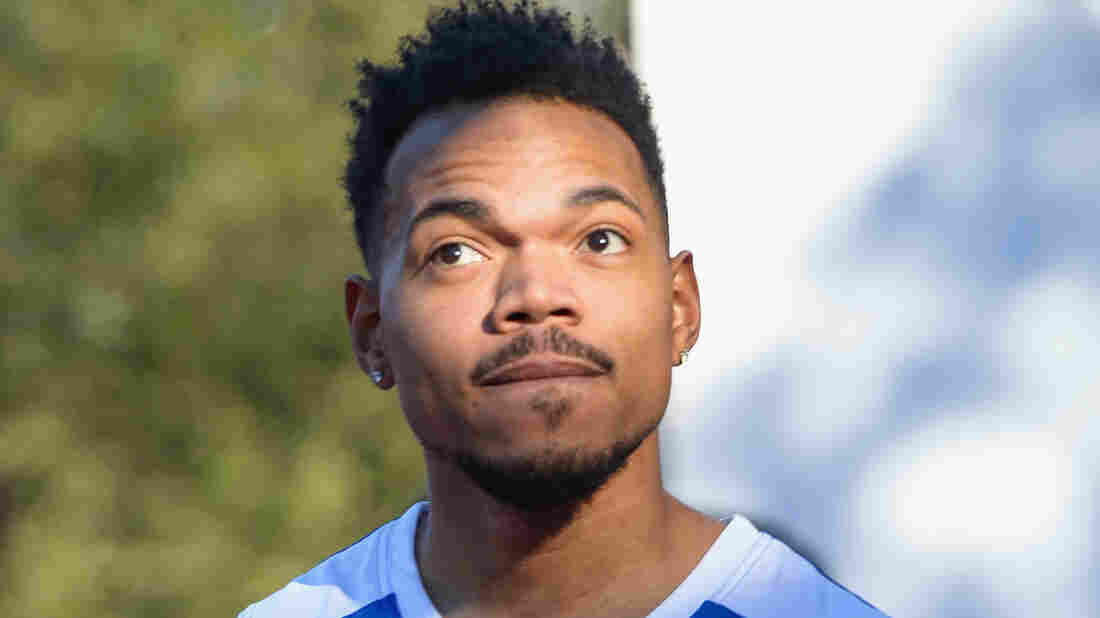 Chance the Rapper, photographed on February 17, 2018 in Los Angeles. The artist and philanthropist announced his purchase of the previously shuttered news site Chicagoist on July 19, 2018. Tara Ziemba/Getty Images hide caption 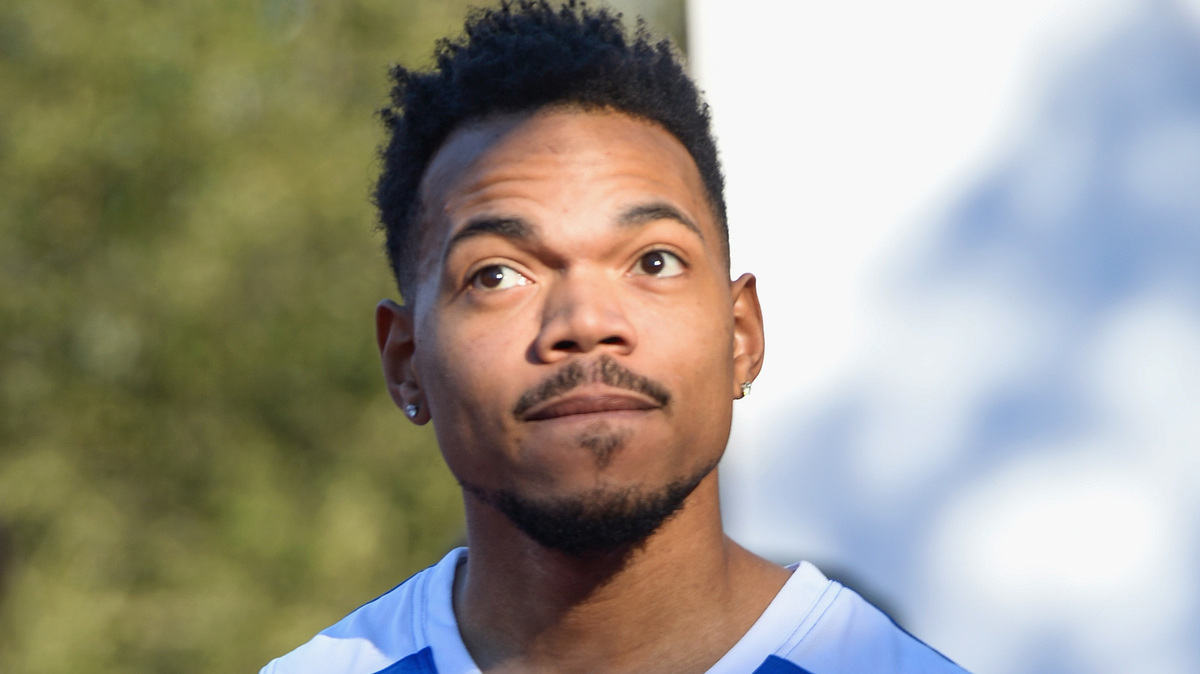 Chance the Rapper, photographed on February 17, 2018 in Los Angeles. The artist and philanthropist announced his purchase of the previously shuttered news site Chicagoist on July 19, 2018.

"F*** you, f************ you," goes the pitched-up sample of Jamie Foxx that opens "I Might Need Security," one of four new songs Chance The Rapper debuted overnight, just a day after he quashed rumblings of a surprise album release. The songs — "Work Out," "Wala Cam," "65th & Ingleside" and "I Might Need Security" — mostly stick to Chance's playbook of sunflowery productions and earnest lyrics squeezed through his adenoidal chirp.

But there's a little personal news embedded in one lyric, a new bullet point on the Chicago rapper's ever-expanding résumé: media executive.

"I bought the Chicagoist just to run you racist bitches out of business," Chance raps on "I Might Need Security," after calling out the Chicago Sun-Times for publishing an extremely unflattering story about his supposed child-support difficulties (later resolved amicably). In the next line, he accuses the paper of being in the pocket of Bruce Rauner, Governor of Illinois. "I'm only 25 but I'm Motown 25 / Bet I get a statue in my hometown when I die. / And Rahm, you done, I'm expecting resignation / and open investigation on all these paid vacations for murderers," goes another line typical of the song's focus on his status and works in Chicago.

"We are delighted that the Chicagoist assets are finding a new home in the hands of a proud Chicagoan," wrote Laura Walker, the president and CEO of New York Public Radio, which was a partner in purchasing Chicagoist's sister sites earlier this year, in a statement. "WNYC has a strong commitment to local journalism and building community, and we are pleased that these assets will be used to support local coverage in the great city of Chicago."

"I'm extremely excited to be continuing the work of the Chicagoist, an integral local platform for Chicago news, events and entertainment," said Chance in a statement.

Chance's acquisition is the latest in a long line of Chicago-based initiatives he's undertaken, most up to now related to public education funding. In March, 2017, he announced a $1 million donation to Chicago Public Schools (which are facing a dramatic financial shortfall). The philanthropic organization he founded, SocialWorks, secured $1.3 million from ConAgra and Starbucks for the New Chance Arts and Literature Fund. SocialWorks also has a matching fund, donating $10,000 for every $100,000 donated by an organization.

In February, a packaged purchase agreement of the "-ist" suite of sites by a trio of public radio stations, mostly funded by two anonymous donors, was announced. As part of the deal, Gothamist would go to WNYC, the home of New York Public Radio, LAist to member station KPCC in Los Angeles and DCist to member station WAMU.

There was no mention of Chicagoist in an initial announcement of the deal. In a statement provided to NPR, WBEZ explains that it considered taking on Chicagoist but "decided to focus our energies on our own local journalism," going on to say that it is "[looking] forward to having another independent outlet here in Chicago to foster civic engagement."

The sites were able to be acquired at all because they were shut down, after employees of Gothamist and DNAinfo, another (still-) shuttered New York news site, voted to unionize. One week later, their owner, TD Ameritrade founder and billionaire Joe Ricketts pulled the plug.

Chance's call-out of the Sun-Times in his new song isn't the only time he's been vocally upset with coverage; perhaps the most notable instance, however, took place behind the scenes. In a piece on the implosion of MTV News following its highly regarded stable of writers being unceremoniously fired, Spin reported that Chance and his manager, Pat Corcoran, had threatened to stop working with the outlet because of an unfavorable review of one of his concerts that it published. The site acquiesced, according to Spin.

Corcoran didn't immediately respond to a question about the scope of Chance's involvement with his new asset.