Accessibility links
Is Trump The Toughest Ever On Russia? President Trump boasts that he's tougher on Russia than any other president. His administration has adopted some tough policies, even though Trump's rhetoric is almost always friendly toward Moscow. 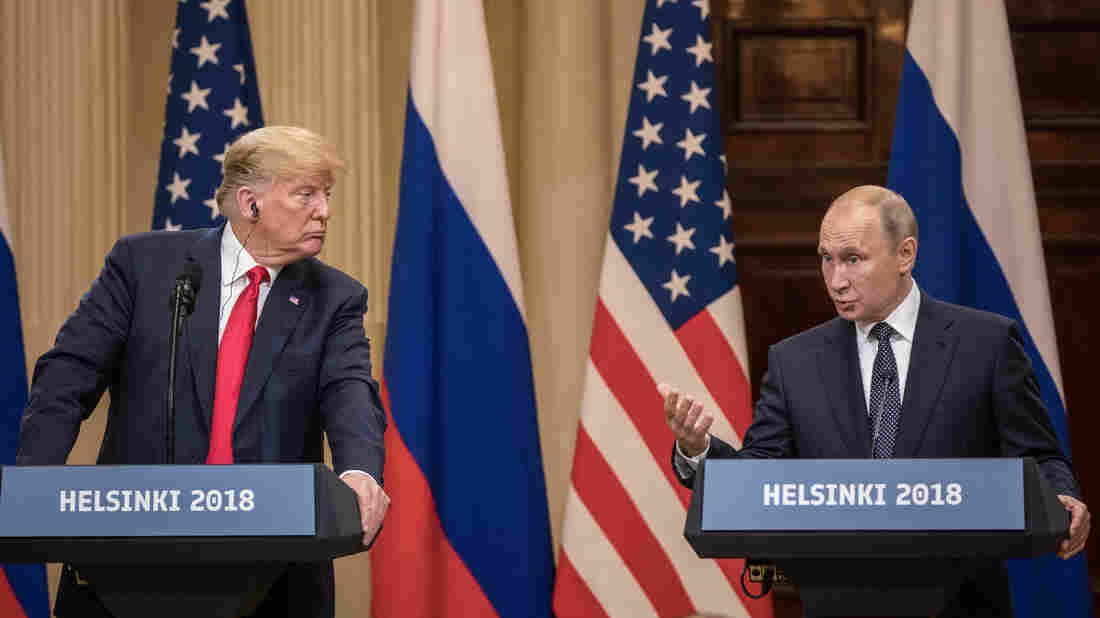 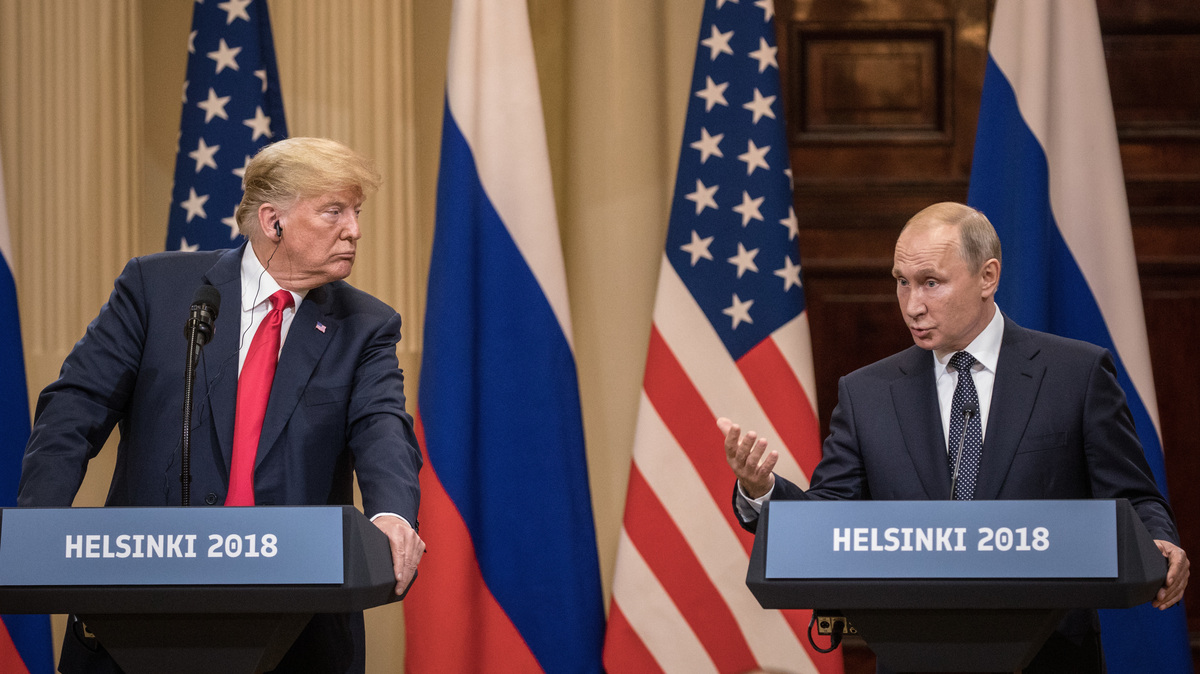 President Trump and Russian President Vladimir Putin answer questions during a joint news conference after their summit on July 16 in Helsinki.

President Trump is in the process of inviting Russian President Vladimir Putin to come to Washington, D.C., this fall to continue the talks they started in Helsinki earlier this week.

It's another sign of Trump's efforts to build closer ties with Moscow, even though he insists his administration has taken a hard line toward Russia.

"There's never been a president as tough on Russia as I have been," Trump told reporters on Wednesday.

That might sound like hyperbole, but in this case, there's actually some basis for the president's boast.

Take military spending: Trump sought to add $1.4 billion for fiscal year 2018 to the European Deterrence Initiative — a military effort to deter Russian aggression that was initially known as the European Reassurance Initiative. That's a 41 percent increase from the last year of the Obama administration. The president also agreed to send lethal weapons to Ukraine — a step that Obama resisted. And Trump gave U.S. forces in Syria more leeway to engage with Russian troops.

"Those loosened rules of engagement have resulted in direct military clashes with Russian militants and mercenaries on the ground, actually resulting in one incident in hundreds of casualties on the Russian side," Vajdich said.

The administration has also imposed sanctions on dozens of Russian oligarchs and government officials. And Trump has aggressively promoted U.S. energy exports, although so far that hasn't created much competition for Russia's oil and gas.

"Russian gas sales to Europe last year were at record levels," said Ed Chow, who studies energy and national security at the Center for Strategic and International Studies. "Russians will always have a cost advantage. And if they want to protect market share, all they have to do is lower the price."

Whatever tough policies the White House may have adopted toward Moscow also have to be weighed against Trump's rhetoric, which is consistently friendly to Putin. He suggested inviting Russia to rejoin the G-7, a group Moscow was suspended from following the illegal annexation of Crimea. Trump also congratulated Putin on his suspect re-election victory, despite explicit instructions from his advisers.

"There's a real disconnect between the president's words and the underlying policy," said Richard Fontaine, president of the Center for a New American Security.

While Trump has no qualms about criticizing leaders of allied countries like Germany's Angela Merkel, Canada's Justin Trudeau or the U.K.'s Theresa May, he almost always treats Putin with kid gloves.

"The president very rarely speaks about Putin's transgressions and when asked about them expresses the hope that everyone can get along," said Fontaine, a former national security adviser to Sen. John McCain, R-Ariz.

Just last week, Trump told reporters in the U.K., "If we could develop a relationship which is good for Russia, good for us, good for everybody, that would be great."

He went on to remind May how he agreed to expel 60 Russians — diplomats and suspected intelligence agents — last year in retaliation for the suspected poisoning of an ex-spy in Britain.

"And Germany did three," he added grimly.

The Washington Post reported Trump was irritated that the U.S. seemed to be taking stronger actions against Moscow than the Europeans were. The president was also reportedly reluctant to send those lethal weapons to Ukraine, arguing again that Europe should take the lead.

However grudging Trump's moves against Moscow might have been, though, his defenders say the actions speak for themselves.

"It is hard for me to believe that he was dragged kicking and screaming through each and every one of these decisions," Vajdich said.