Accessibility links
Who's Entertaining Who?: How The Internet Picks Up Drake's Slack Drake's latest No. 1 hit "In My Feelings" shot to the top of the charts thanks to a viral dance challenge that had little to do with the rapper himself.

Who's Entertaining Who?: How The Internet Picks Up Drake's Slack

Who's Entertaining Who?: How The Internet Picks Up Drake's Slack 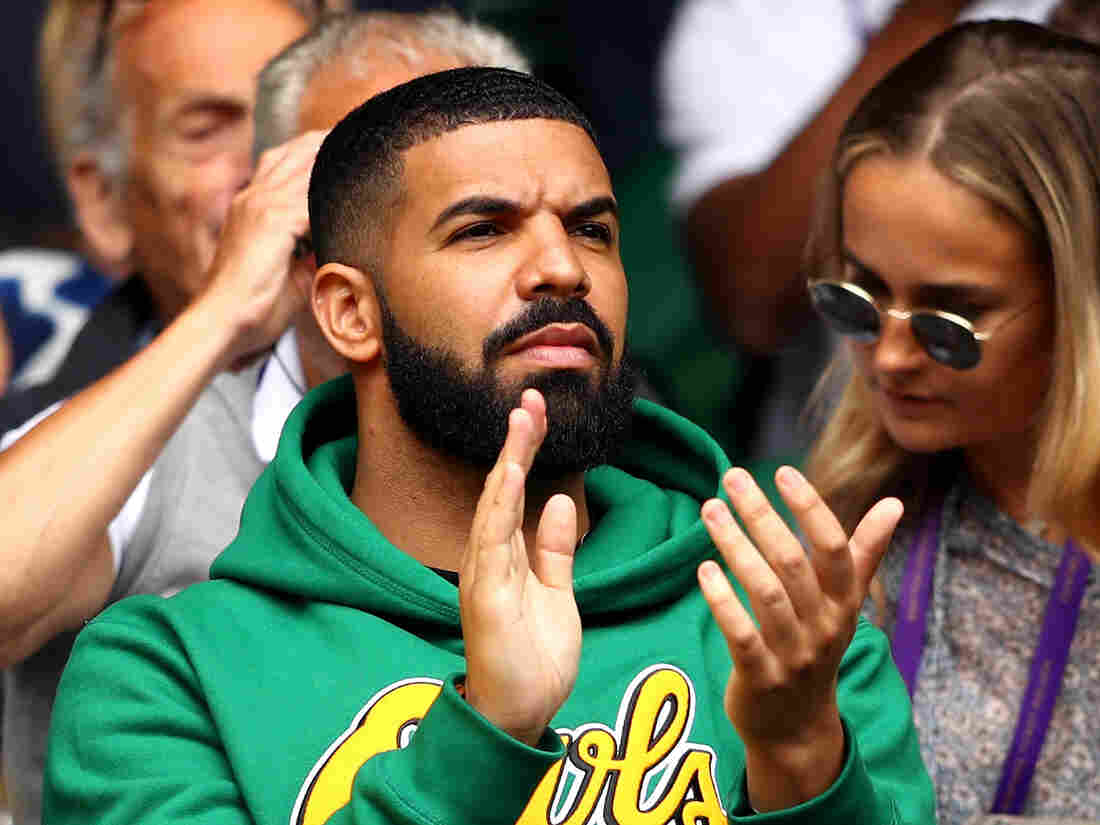 Drake's latest No. 1 hit "In My Feelings" shot to the top of the charts thanks to a viral dance challenge that had little to do with the rapper himself. Michael Steele/Getty Images hide caption 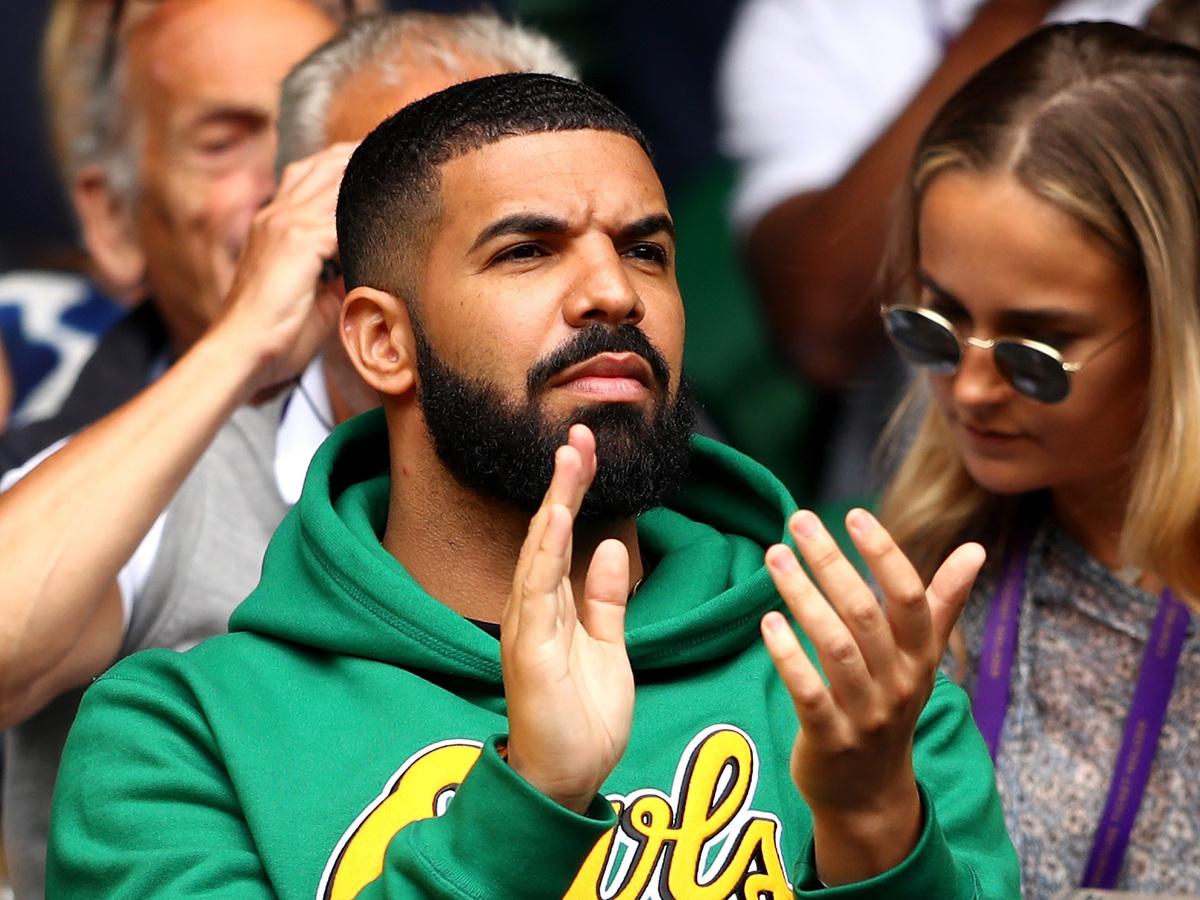 Drake's latest No. 1 hit "In My Feelings" shot to the top of the charts thanks to a viral dance challenge that had little to do with the rapper himself.

Earlier this week, Drake secured the fourth solo Billboard Hot 100 No. 1 of his career with the song "In My Feelings," off his fifth studio album Scorpion. But while most of the raps are his, the song's skyrocket up the charts is due, in large part, to something Drake had nothing to do with.

The beauty of a meme is that it becomes something larger than anything its creator ever intended. The beauty of "In My Feelings" and what's being called #DoTheShiggy Challenge — the pop culture dance craze of the summer — is that it's still very unclear if one of its creators, Drake, actually intended anything at all. The success of the song and the dance it inspired capture perfectly what the rapper's career has become: a string of successes with increasingly minimal effort. The Internet is picking up his slack.

Drake Is Too Big To Fail.

Just days after the release of Scorpion, track 21 (yeah, it's a long album), "In My Feelings," took off. It's not the most immediately catchy song on Scorpion. It's not the most star-studded; the Michael Jackson cameo comes later on the disc. But by the end of the weekend just after its release, the song had shot to the top of the iTunes singles chart and dozens, if not hundreds of homemade videos were appearing online of fans dancing along to the opening lyrics in the song.

The person actually behind the dance craze was an Internet comedian named Shiggy. And he posted the video first to Instagram, the platform Drake seems to shade at the end of the very song Shiggy dances to. After another Instagram video of the dance from Shiggy's friend, and then NFL star Odell Beckham Jr., "In My Feelings": The Meme had arrived. The dance itself is simple:

All while Drake sings, "Kiki, do you love me? Are you riding? / Say you'll never ever leave from beside me."

For years now, after proving his skills as a rapper, working his way through mixtapes, cosigns and collaborations, Drake has become an artist of the Internet who is almost guaranteed success and virality for whatever he does. And increasingly, he's doing less and less of it at all.

"In My Feelings" is a song that in many parts, is Drake's in name only. The core of the hit is its New Orleans bounce beat, or "Triggerman Beat," popularized not by the Canadian rapper, but by numerous New Orleans bounce artists, over many, many years. And just a minute and a half into the track, Drake himself fades away, sampling Magnolia Shorty, a New Orleans rapper who brings an energy that matches the backing track much better than Drake's hazy sing-song flow throughout. Then the Miami rap duo City Girls make an appearance, again, upstaging Drake. And then, yet another sample, this time of Lil' Wayne, the first and perhaps biggest rapper to give Drake real hip-hop cred. And at the end of the track, we hear a snippet of an episode of the acclaimed FX show Atlanta (an episode which is set at Drake's house).

"In My Feelings" is a song in which Drake himself might be the least interesting ingredient, and in which the artist creates a cultural pastiche as much catchy as it is not really his own. Of course, we should have seen this coming.

Drake, as an artist, has increasingly sustained his career through appreciative, if clunky, cultural sampling. Over the last several years, he's leaned into Caribbean dancehall music, even adopting an unbelievable patois accent. One of his biggest hits, and his last truly viral sensation, "Hotline Bling," was based on a '70s R&B sample and dance moves that sort of, I guess, resemble salsa or bachata.

This cultural sampling coincides with the rise of Drake as a true artist of the Internet. He constantly raps on Scorpion about the damaging effects of Instagram even as he maintains a following of almost 44 million on the social network. Scorpion is full of hate for the web and the people who live on it, which is ironic, as they're the ones that sustain his career.

Recently, on MTV's TRL, Shiggy was asked what inspired his dance and video, and why he chose to dance to "In My Feelings," just one song from an album with 25 tracks.

Met the legend on the night we went number one. ✅🙏🏽🙌🏽 @theshiggyshow

And in doing so, he gave Drake a No.1 hit, without Drake even having to make a video himself. Drake puts yet another jewel in his crown, still near the top after nine years on the charts and airwaves. Five No. 1 albums. A clothing line. A record label. A shoe deal. A coming Netflix show. And a career in which any little drip drop of new Drake content just might become the biggest thing on the Internet, seemingly overnight. After almost a decade of work — very, very hard work — it seems anything Drake does now will succeed.

And as the #DoTheShiggy Challenge proves, Drake doesn't even need to dance anymore. We'll do it for him.