Accessibility links
Oakland Gets A Starring Role In 2 Genre-Busting Films About Race And Inequality Critic Justin Chang says the city is experiencing a renaissance moment in film. Blindspotting and Sorry to Bother You are just two of the latest — both about young black men on quests for survival. 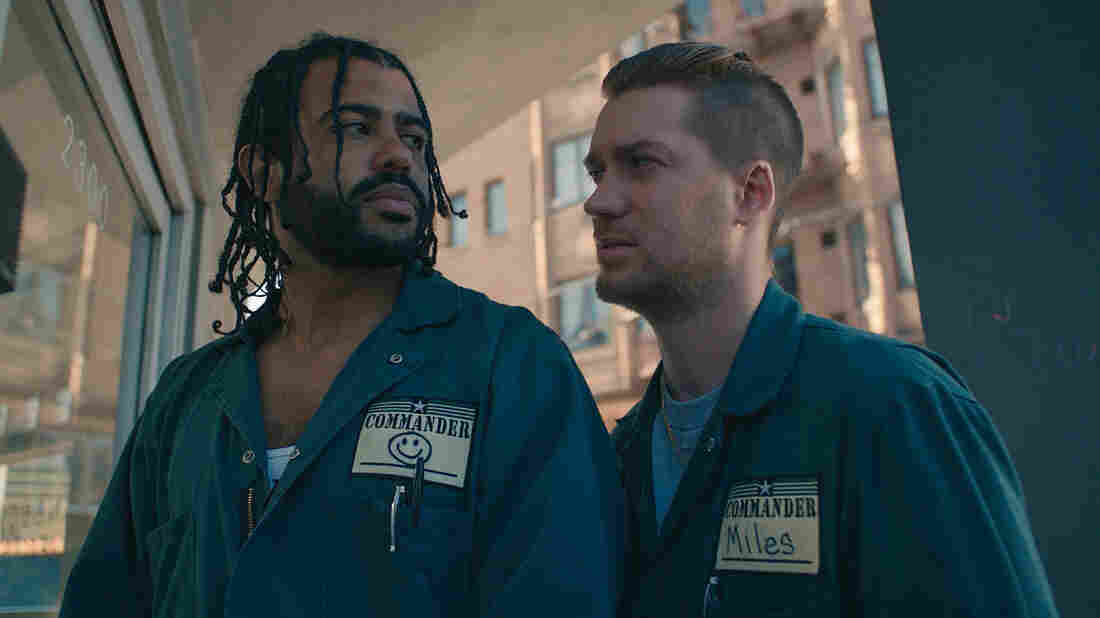 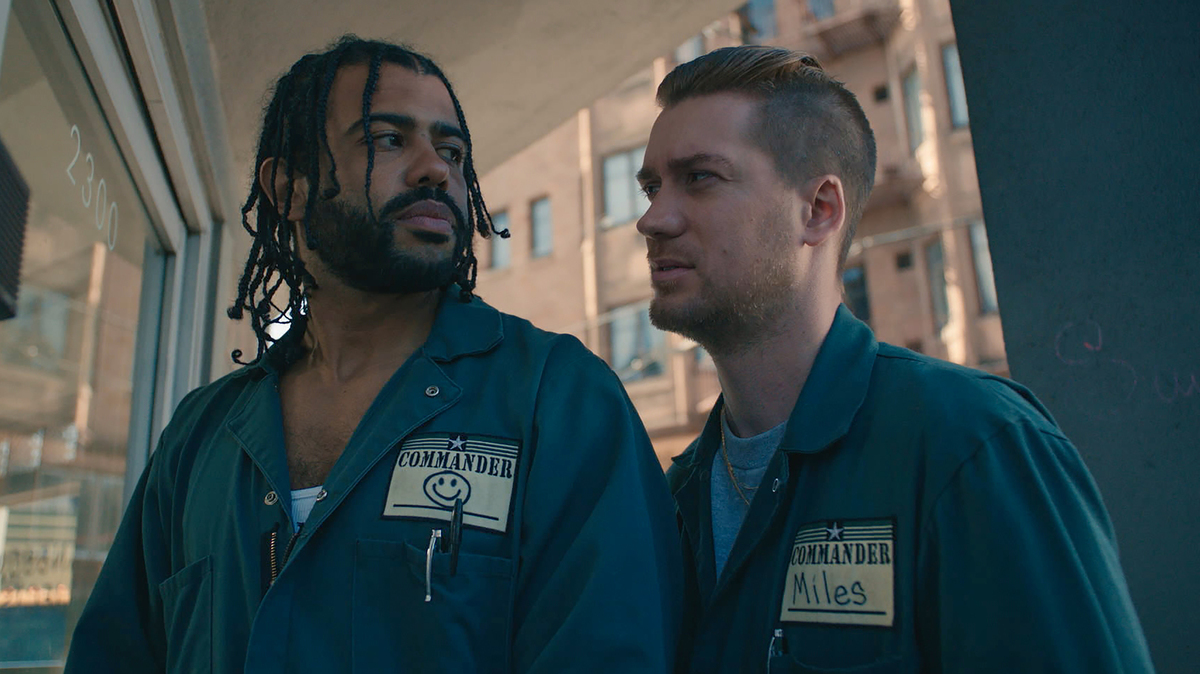 The city of Oakland, Calif., is experiencing something of a renaissance moment in the movies. You could trace it back to 2013, when the Oakland-born director Ryan Coogler made Fruitvale Station, his ripped-from-the-headlines drama about the fatal police shooting of Oscar Grant III. Coogler would further explore issues of race and violence in his Marvel blockbuster Black Panther, holding up his hometown as a shattered mirror image to the fantastical African utopia of Wakanda.

The Oakland renaissance continues this summer with Blindspotting and Sorry to Bother You, two inventive, genre-busting independent features, each one about a young black man on a strange and harrowing quest for survival.

In Blindspotting, directed by the Mexican-American filmmaker Carlos López Estrada, that man is Collin, an Oakland native who recently served time for an assault conviction.

As played by the actor and rapper Daveed Diggs, from the Broadway smash Hamilton, Collin is mild-mannered and cautious. He has only three days of probation left, and he's trying his best to improve his life and walk the straight and narrow.

It would probably help if Collin didn't spend so much time with his best friend, Miles, a reckless, gun-toting white dude played with raucous energy by Rafael Casal. As it happens, Diggs and Casal were also longtime friends before they became creative collaborators, and Blindspotting, which they wrote as well as starred in, is very much their brainchild.

The movie at times plays like a buddy comedy in a world that's more complicated, racially, politically and economically, than most buddy comedies allow for. Some of the funniest jokes are about Oakland's creeping gentrification in the wake of the Bay Area tech boom.

Miles can't forgive his favorite greasy burger joint for suddenly being overrun with vegan-friendly options; the real Oakland seems to be vanishing before their eyes. But Miles' own authenticity comes under question: He may wear a mouth grill and love hip-hop, but as a white man, he will never live in fear the way Collin does.

Blindspotting builds to a surreal moment of confrontation for Collin, a third-act twist that abandons plausibility and realism for an explosion of hip-hop poetry. It doesn't entirely work, but you admire the impulse behind it anyway: an attempt to express an anger too deep to be contained by a three-act narrative.

The surrealism is even more pronounced — and more fully sustained — in Sorry to Bother You, an outrageously entertaining dystopian satire that marks the filmmaking debut of the rapper and progressive activist Boots Riley.

Lakeith Stanfield gives a superb performance as Cassius Green, an Oakland stoner who lands a job as a telemarketer. He spends his days hawking encyclopedias over the phone, always sticking to a script that begins with the words "Sorry to bother you."

His sales are slow, at least until an older co-worker (played by Danny Glover) advises him to use his "white voice" — which leads to a meteoric ascent up the corporate ladder. But the success of Cassius' code-switching comes at a very high price. He parts ways with his lowly former co-workers in telemarketing when they go on strike. He's dumped by his performance-artist girlfriend, played by a terrific Tessa Thompson, who is disgusted with him for selling out. Soon Cassius is trying to impress a Silicon Valley tech-bro CEO, played to slimy perfection by Armie Hammer, whose company turns out to be more corrupt than anyone could have imagined.

The screwball dystopia of Sorry to Bother You just keeps getting crazier and crazier: It's like a hybrid of Spike Lee's rage and Spike Jonze's whimsy. Stylish nods to blaxploitation and Motown rest side-by-side with scenes of violent mass protest.

Eventually the movie takes a science-fiction twist that must be seen to be believed — and even then, maybe not. But even Riley's most wildly unhinged developments turn out to be rooted in a surprisingly coherent theory about what happens when race, class and money clash in a broken and unequal society — whether you call it Oakland or America.