Accessibility links
Ex-White House Stenographer: With No Official Transcript, Trump Can Muddle The Truth White House stenographers are meant to record every public utterance made by a president, but "everything changed" with the Trump administration, says Beck Dorey-Stein.

Listen · 3:51 3:51
Ex-White House Stenographer: With No Official Transcript, Trump Can Muddle The Truth 3:51 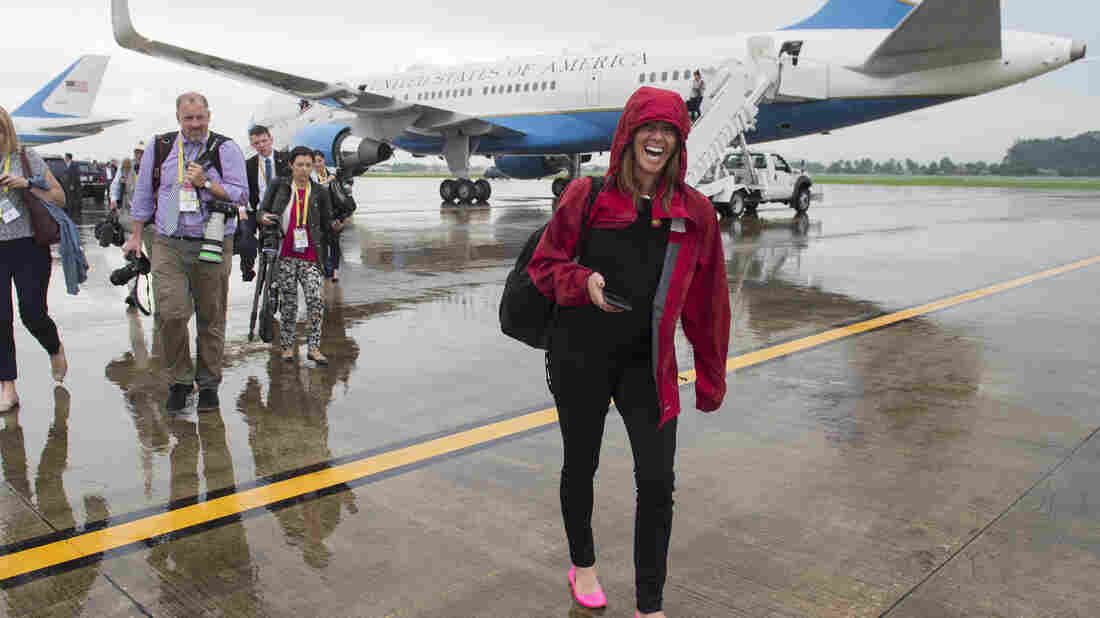 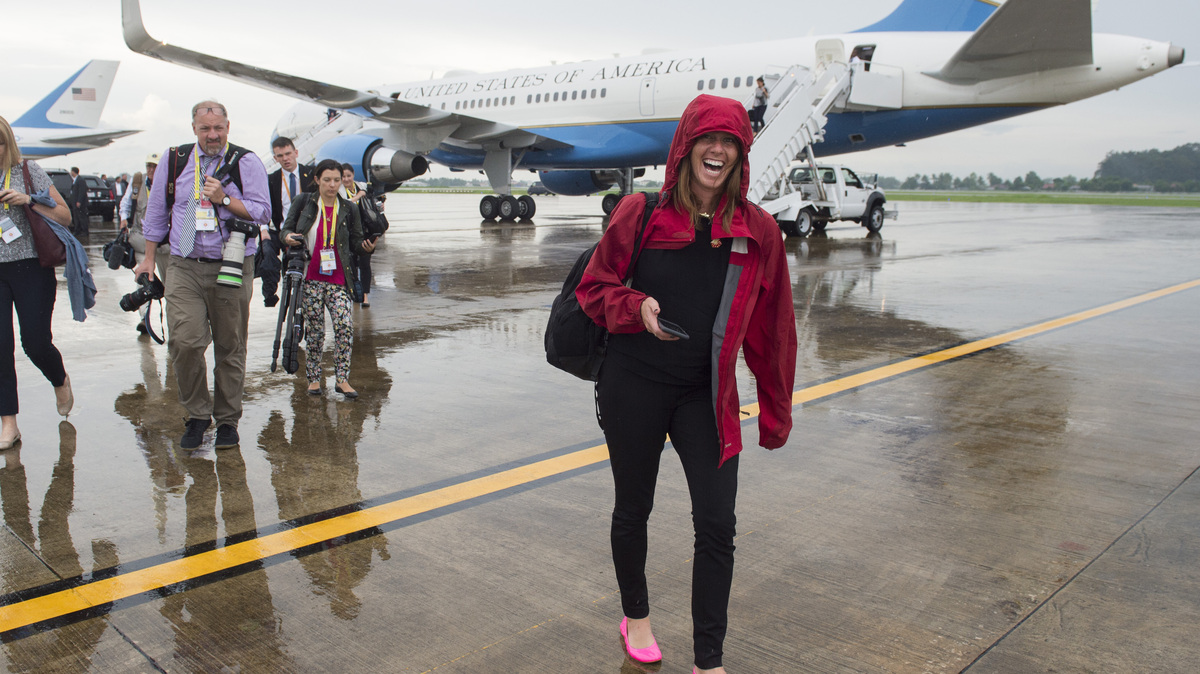 Beck Dorey-Stein, a former White House stenographer, walks with members of the White House press pool from Air Force One upon arrival at Wattay International Airport in Laos in 2016.

As a former White House stenographer — a job she found on Craigslist of all places — Dorey-Stein was part of a team responsible for going anywhere the president went, recording his every public utterance and then transcribing it for posterity.

"Especially whenever he spoke with press, he made sure, just like the previous presidents did, that there was a stenographer in the room so that there was no miscommunication or confusion about what exactly was said," says Dorey-Stein. She writes about the experience in her new memoir, From the Corner of the Oval.

In an interview with Noel King for NPR's Morning Edition, Dorey-Stein says "everything changed" with the inauguration of President Trump, whose team "didn't know that stenographers existed." She recounts how during the transition, it took her boss multiple tries before she was even able to get past a young press wrangler to introduce herself to the incoming West Wing staff.

Things didn't improve much from there. In a New York Times op-ed published last week, Dorey-Stein writes about how Stephanie Grisham, now the communications director for the first lady, told a colleague that White House stenographers would not be needed often, because "there would be video."

"This seems like a fair point," says Dorey-Stein, "unless you really know audio." The audio that's taken from media video might change or get trimmed during the editing process, she says. "We see that with music videos, so the idea of it just being like, 'Oh, of course, we can just have this on video,' it's not the same."

"We type up our transcripts from our audio, so it hasn't been tampered with and it not only goes to the press office, the press, but also the presidential archive," she says. "That's really important to have an accurate recording at all times, especially when the press is involved, just to make sure that we are recording the truth and that no one has complicated that."

The importance of that type of record has been underscored in recent days by a string of controversies involving comments made by Trump. On his visit earlier this month to the United Kingdom, for example, the president denied making disparaging comments about British Prime Minister Theresa May in an interview with the tabloid The Sun, even though the The Sun released a recording of the remarks.

Then, last Wednesday, the White House was forced to clarify an exchange between the president and a reporter at the start of a Cabinet meeting. Asked whether he believes Russia is no longer targeting U.S. elections, the president shook his head and said "no." Later, White House press secretary Sarah Sanders told reporters that his "no" meant that the president was not taking questions from reporters.

Dorey-Stein says that under Trump, White House stenographers have less access to the president.

In her recent op-ed, she writes about how she watched "with disbelief" as Bill O'Reilly was summoned to the Oval Office for a private conversation with the president ahead of an interview by the former Fox News host in the opening weeks of the administration.

"In my five years with President Barack Obama, off-the-record discussions with reporters happened after work hours — not for an hour in the middle of the workday, and certainly not before an interview," she writes in the op-ed. "When a president spoke on the record with a reporter, his staff made sure to have a stenographer present so there could be an official White House transcript, just in case the reporter came out with an inaccurate quotation."

In her conversation with NPR, Dorey-Stein says that Trump "doesn't like microphones near his face, which makes it very difficult to record him."

"He's doing the American people a disservice," she says. "It's quite possible President Trump is actually doing it intentionally, because if there was a record of what happened, it would be hard for him to muddle the truth."

The president has had the latitude "to walk his words back," she says, "because he doesn't have a recording ... It's much easier to muddle the truth when you don't have a transcript."

This story was produced for broadcast by Tori Whitley and edited by Ashley Westerman.