Accessibility links
Trump's Pick To Head Veterans Affairs Robert Wilkie Confirmed By Senate Robert Wilkie inherits a VA that is undertaking ambitious changes in the next year. The department has been in turmoil since Trump sacked his first VA secretary in March. 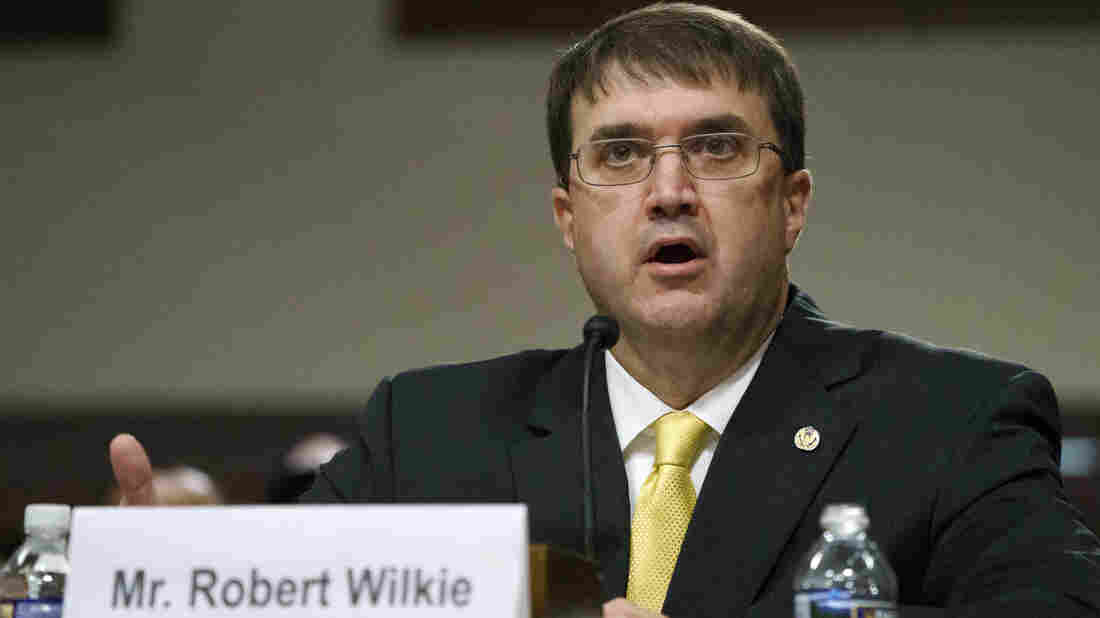 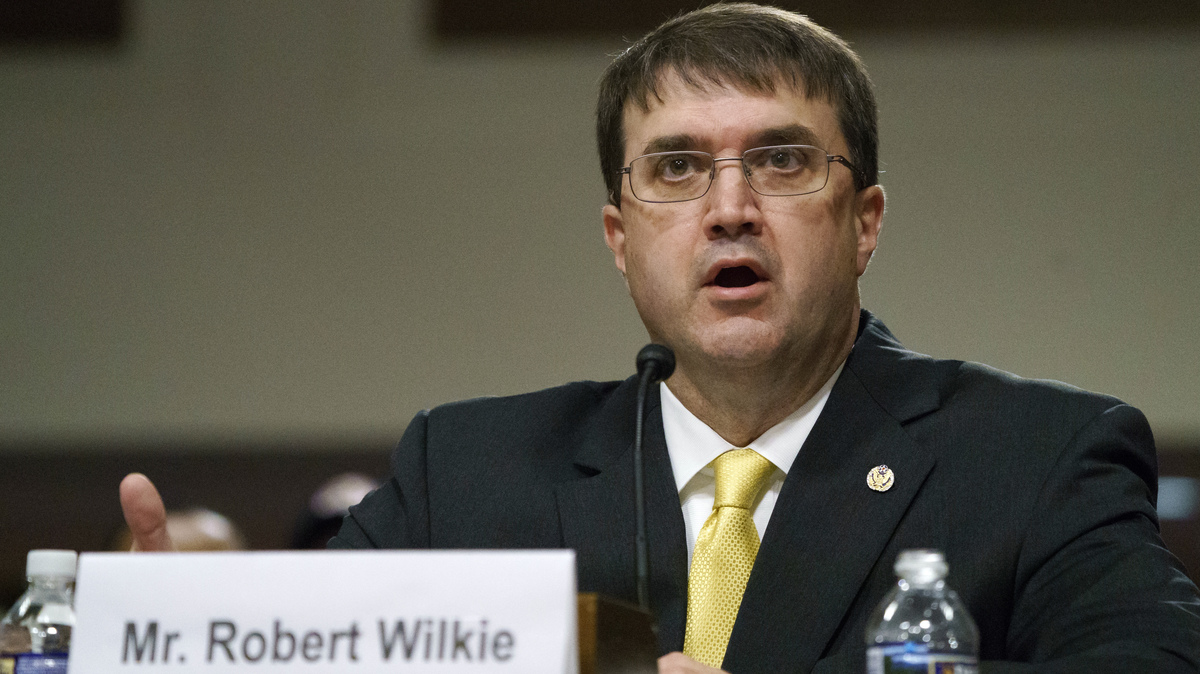 President Trump's second VA secretary, Robert Wilkie, was confirmed 86-9 by the Senate on Monday. He takes the helm of the second largest department in the U.S. government, with more than 350,000 employees, a nearly $200 billion budget and almost 20 million American veterans depending on it for care and benefits.

That may sound like a herculean task. Now add that the department has been in turmoil since Trump sacked his first VA secretary, David Shulkin, with dozens of senior staff, subject matter experts and career officials quitting or being pushed out.

Wilkie was seen as a safe pick, and VA secretaries have traditionally gotten unanimous approval in the Senate as a sign of bipartisan cooperation on veterans issues.

For the first time though, eight Democrats and one Independent — Bernie Sanders — voted no. Sanders said he wasn't opposed to Wilkie in particular, but is against what he says are Trump administration moves to turn VA healthcare over to the private sector.

Wilkie is a Navy vet, a current member of the Air Force reserves, and the son of a severely wounded Vietnam combat veteran. He has decades of experience in Washington working for conservative congressmen and in the Pentagon. Wilkie served briefly as acting VA secretary when Shulkin was fired.

The Senate Veterans Affairs Committee gave Wilkie a fairly smooth hearing, though several democratic senators extracted what has become a standard promise: that Wilkie vowed to oppose efforts to privatize VA health care. The VA leans on the private sector already — former Secretary Shulkin increased that so about one-third of medical appointments done in the private sector are reimbursed by VA. That apparently wasn't enough though, according to Shulkin, who says he was pushed out by White House political appointees who thought he was dragging his feet.

With Shulkin's firing began a stream of high profile departures and what some Democrats in Congress feared was a political purge of the department. At a recent House hearing, Acting Secretary Peter O'Rourke testified that many officials were leaving because they were not in line with the Trump administration's "historic, transformative changes" that "are going to change the status quo."

O'Rourke previously led the administration's Office of Accountability and Whistleblower Protection, which was set up to help clean house, with mixed results so far.

Besides the intra-office intrigue, Wilkie inherits a VA that is undertaking ambitious changes in the next year – including a major revamp of the way private care is paid for, a realignment of the VA's aging infrastructure, and an expansion of a caregiver program for disabled vets — all part of the recently passed VA Mission act, which Congress is now fighting about how to fund.

No less consequential, the department is also taking on new electronic medical record. All while facing a staffing shortage and unprecedented demand from aging Vietnam vets as well as recent veterans of the wars in Iraq and Afghanistan. His work is cut out for him.