Accessibility links
'Supergirl' Casts First Transgender Superhero On Television Nicole Maines, the transgender activist who brought a landmark case on allowing trans people to use the restroom of their choice, is marking another historic first as Nia Nal. 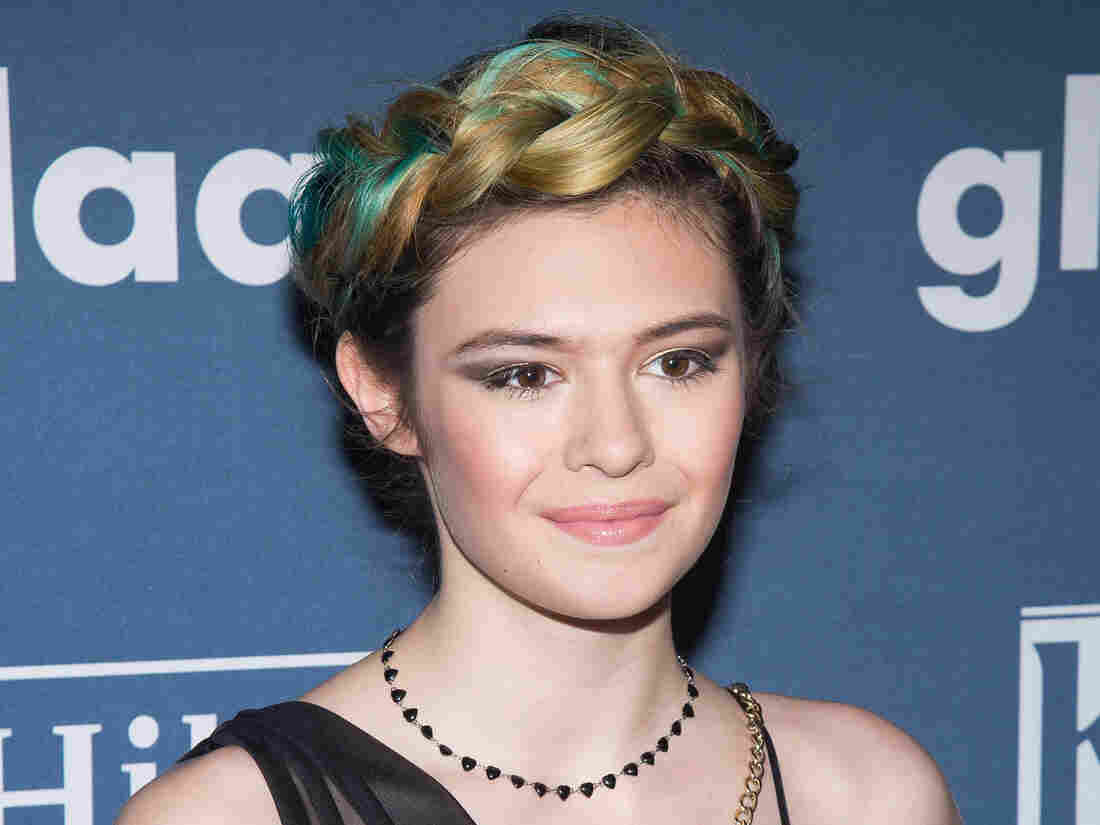 Nicole Maines, pictured at the GLAAD Media Awards in 2016, has been cast as the first transgender superhero on television. She will play Nia Nal on the CW's 'Supergirl.' Charles Sykes/Charles Sykes/Invision/AP hide caption 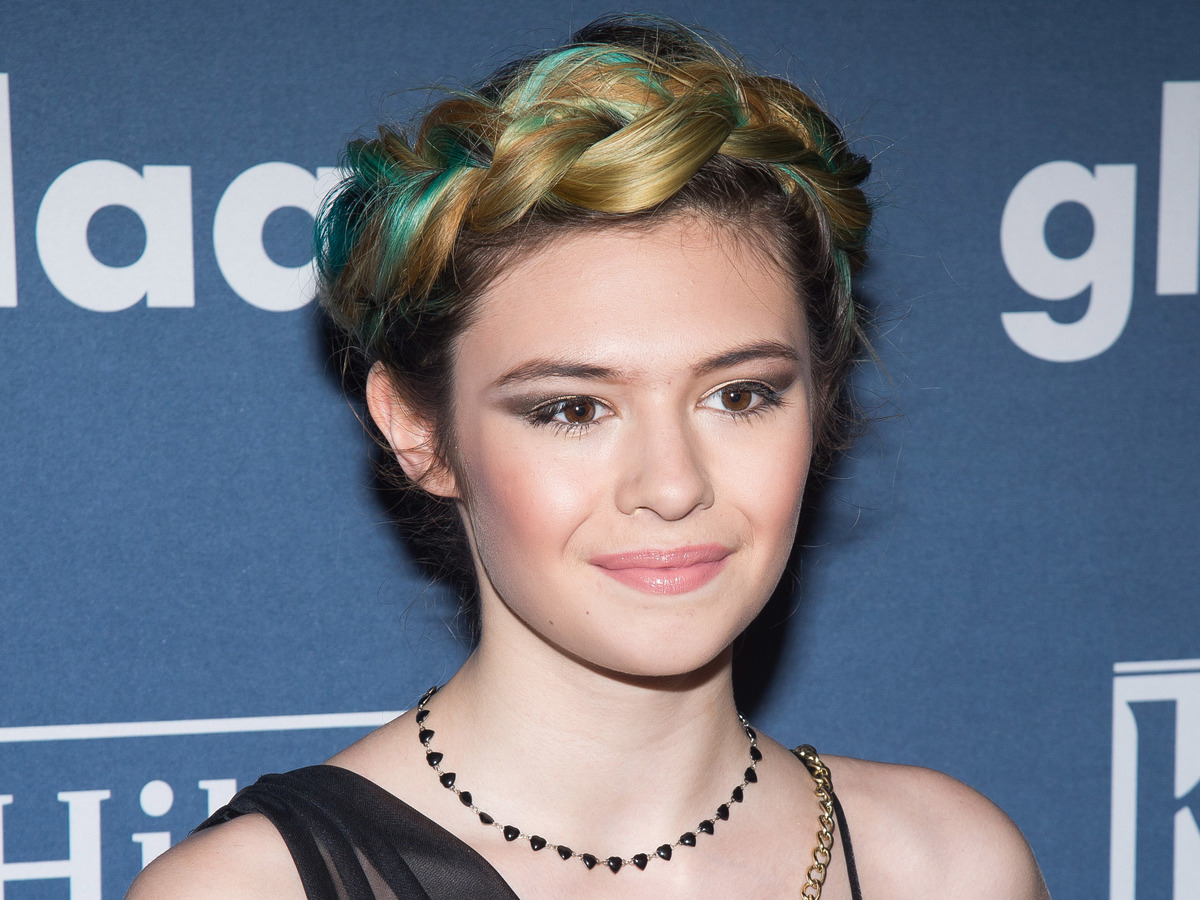 Nicole Maines, pictured at the GLAAD Media Awards in 2016, has been cast as the first transgender superhero on television. She will play Nia Nal on the CW's 'Supergirl.'

The transgender activist behind a landmark case that set a precedent for allowing trans people to use the restroom of their choice, is marking another historic first. This time on television.

Nicole Maines, has been cast as the first transgender superhero to be featured on a television show. The announcement was made at San Diego Comic-Con on Saturday.

She will join the upcoming fourth season of the CW's Supergirl as Nia Nal, a young reporter who eventually fulfills her destiny, transitioning into a superhero called Dreamer.

"It feels fitting to say with great power, comes great responsibility," she told Variety, in a nod to the well-known Spider-Man line.

"I'm nervous because I want to do it right," she added.

The Hollywood Reporter described the new DC Comics-based character as "a soulful young transgender woman with a fierce drive to protect others."

"She has this ferocious drive to protect people and to fight against discrimination and hatred," Maines said at the show's Comic-Con panel.

The 20-year-old actress noted the moment feels like a turning point as writers and show creators are seeking out trans actors to accurately portray the trans experience.

"I've been doing a lot of auditions lately because a lot of different shows have been really eager to tell the story of transgender people," Maines told the audience. "It seems only fitting that we have a trans superhero for trans kids to look up to. I wish there was a trans superhero when I was little."

"Our show is all about inclusion and representation," Jessica Queller, an executive producer, said in an interview with Clevver News. "It seems the perfect moment in our culture to introduce a trans female superhero."

In 2014 Maines won a discrimination lawsuit against her school district in Maine, after officials barred her from using the girls' bathroom. The Maine Supreme Judicial Court ruled the school district had violated the Maine Human Rights Act.

Two years later, in an interview on NPR's Fresh Air, Maines told Terry Gross that the school had hired a bodyguard to ensure she only used the staff bathroom, which had been set aside especially for her.

"My parents, they knew that what was happening wasn't right, and something had to be done about it. ... I felt great about it. It finally felt like people were doing something. For the past two years — using staff and gender-neutral, private, just-for-Nicole bathrooms and having a bodyguard follow you around all the time — [it] felt really, really good to know that people were finally doing something about it.

"It was annoying; I would get up to go to class to just go to the bathroom and my teacher would have to stop me in front of everybody and tell me to wait for whoever was following me that day. It was really, really humiliating, so it felt really good to know that my parents recognized what was happening and knew that it was wrong."

Maines and her family were also the subject of a book by Pulitzer-Prize-winning journalist Amy Ellis, called Becoming Nicole: The Transformation of an American Family, after which she was featured in the HBO documentary, The Trans List.

The casting announcement comes just weeks after a public backlash compelled actress Scarlett Johansson to drop the starring role in the upcoming film Rub & Tug, about a transgender man who built a small empire of illicit massage parlors in 1970s Pittsburgh.

"I think that cis gender actors don't take roles out of malice, it's just a failure to realize the context of having cis gender people play trans gender characters," Maines told Variety.

Cisgender is the term for people whose gender identity matches the sex that they were assigned at birth.

"We don't see the same issue with sexuality, we see straight people play gay all the time," Maines continued. "With trans folks we have a lot of people accusing us of just playing dress up for whatever reasons and that's just not true. Having trans people play trans roles show that we are valid in our identities and we exist."