Accessibility links
Spicer Book Offers Insight On Conservative Politics, Doubles Down On Misstatements The former Trump press officer intelligently dissects the reward structure of viral Twitter and gives a valuable sketch of conservative politics, but he seems to have written "The Briefing" to an end. 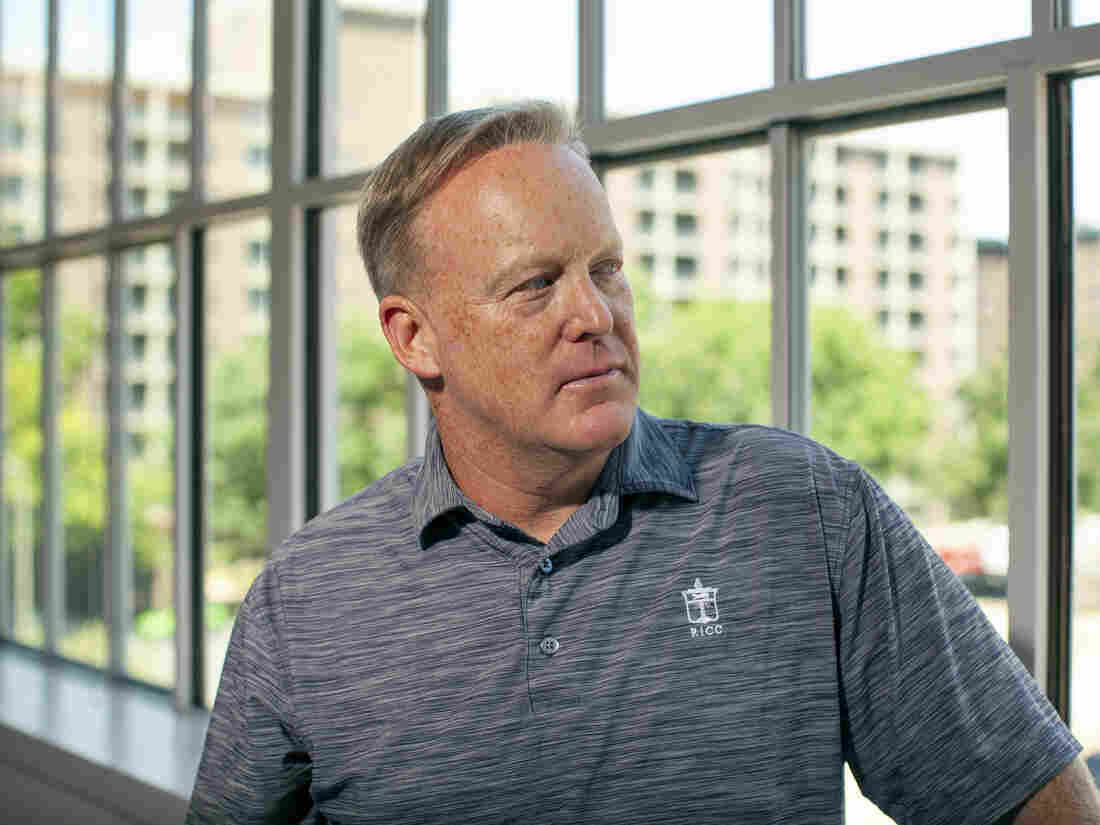 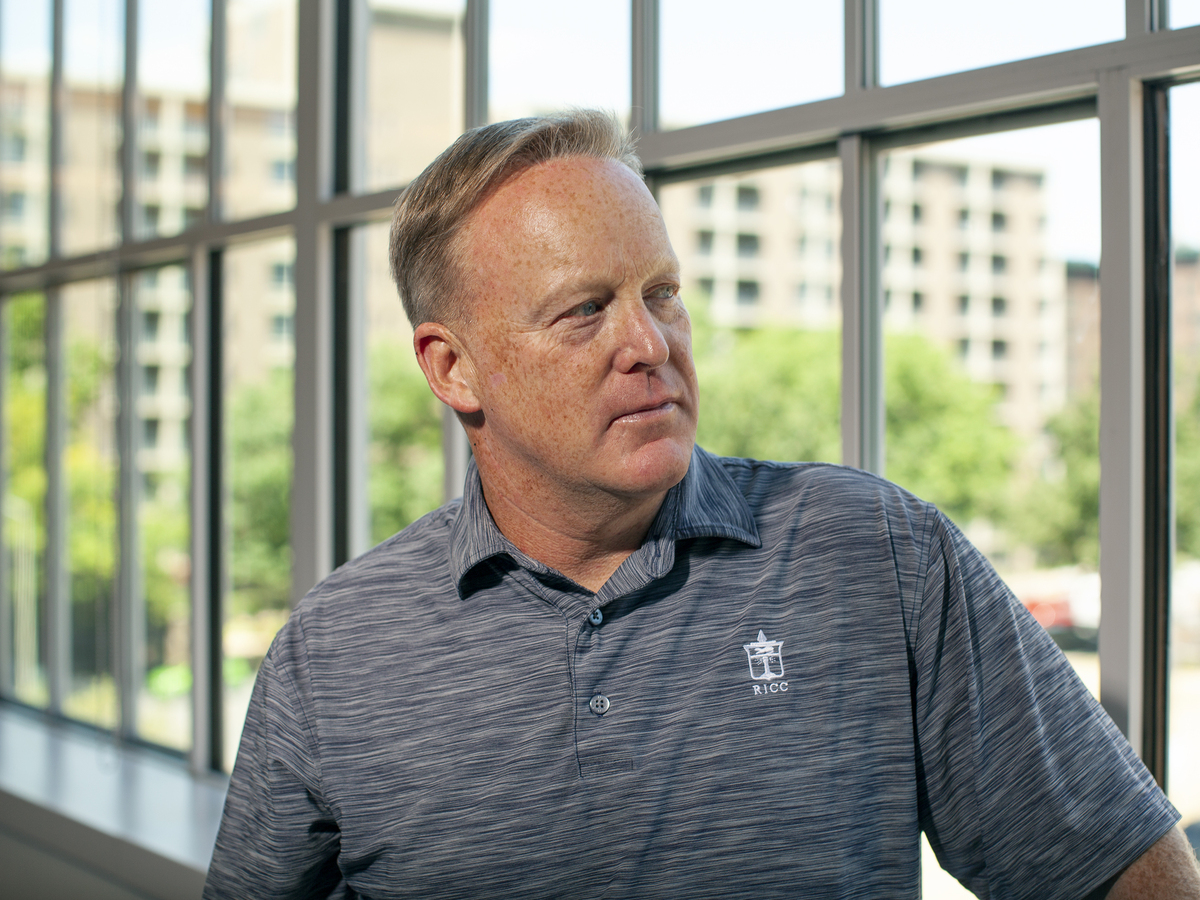 Sean Spicer — testy, stumbling, and visibly unhappy — was not a very good press secretary. He seemed to dislike lying; the strain of it was evident.

Sarah Sanders, with her unembarrassed and bullish ability to just keep going, no matter how implausible the message, is much more convincing. Spicer just looked like the avatar of the Republican Party's moral crisis, sweating in a suit.

It was, he writes in The Briefing, his new memoir of his time in the Trump White house, "a lonely job."

The answer, I think, can be found in the furniture.

Sean Spicer is not a man of many adjectives, but when it comes to his descriptions of the West Wing in his book, it feels like every table and chair gets a loving little encomium. And then there's Trump's airplane: "it was something else to see the famous Trump name in strong letters and imperial gold paint shining in the sun. I couldn't help but notice each letter one by one." He moves to the inside of the plane: "I found the interior of his jet to be tastefully appointed—high-back seats of cream-colored leather, polished panels of cherry wood with spotless brass accents."

For Spicer, the book leads the reader to believe, the press secretary seat was just too good: Spicer has a genuine awe for the office that seems to transcend even its holder. He praises Donald Trump, but writes that his own priorities are: "God, family, country, Navy, Republican Party, candidate."

At first, the tone of The Briefing is jocular and daddish, like an annual Christmas letter ("Despite being five foot six (and a half, but who's counting), I became the starting goalie on Portsmouth Abbey's soccer team.") But the tone curdles about a third of the way in, when he begins his familiar attacks on the media, which he considers overwhelmingly biased.

Many of his points are fair. He intelligently dissects the reward structure of viral Twitter, and argues that journalists are incentivized to insert themselves into the story or get into public disputes with the White House in order to get airtime on CNN. And he is right to be frustrated by the journalists writing snidely about his clothes or personal habits. 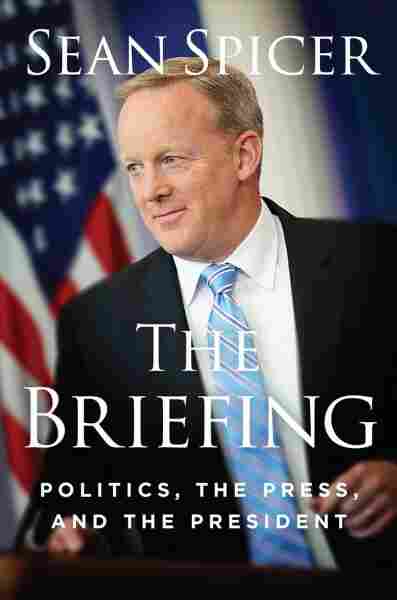 Politics, the Press, and the President

Title
The Briefing
Subtitle
Politics, the Press, and the President
Author
Sean Spicer

Spicer gives a valuable sketch of what it looks like to move up through conservative Washington politics. And he also works hard to own up to some of his own mistakes, including his most notorious blunder: his claim during a press briefing on Syrian President Bashar al-Assad that not even Hitler sunk to using chemical weapons on his own people. "To think that I had offended people — especially those whose families had been victims of the Holocaust — twisted my stomach in a way I had never felt before and hope to never feel again," he writes.

But Spicer leaves out important context and doubles down on some of the lies he became famous for as press secretary, including his absurd claims about crowd size at Trump's inauguration.

Spicer's transparency on some points also makes his moral double standards more disappointing. For instance, he denigrates Hillary Clinton for being married to Bill Clinton, who has been accused of sexual misconduct. "Many people had to ask themselves: if what those women said is true, what kind of a woman would stand by a man who did such things?" Probably the same kind of person who would stand by a president who bragged about sexually assaulting women. Or who would praise former congressman Mark Foley as "smart and ambitious...and fun to be around" — without mentioning that he solicited nude photos and sex from teenage boys employed as congressional pages.

White House books of any political persuasion are usually disappointing. Not only are they about politics (depressing), but they also make so little effort to be books, with sentences someone might actually want to read and remember. Bland and self-important, they are often written by committee to achieve an end: to promote someone for public office, forestall criticism, or facilitate a tour of the talk shows. The only people who read them with care are journalists and opposition researchers, who search them as efficiently and joylessly as TSA agents looking for hints of explosive material.

The Briefing has little in the way of explosives, but it does have a punny plainness that makes me think Spicer may not have used a ghostwriter or committee. It does seem written to serve a specific purpose: As The New York Times recently reported, Spicer is looking to host his own talk show, in which he meets "some of the most interesting and thoughtful public figures for a drink and some lite conversation at a local pub or cafe."

Poor Sean Spicer. All he wants is some lite conversation. Guests, according to the proposal, "might even tangle over the merits of making your bed or the value of a great point guard."

But Spicer has already made his bed — it's a shame he continues to lie in it.