Accessibility links
Judge Allows Trump Emoluments Clause Lawsuit To Proceed A federal judge has rejected a motion from the Department of Justice to dismiss the suit. The lawsuit alleges Trump's businesses, especially his hotel in D.C., violate the Constitution. 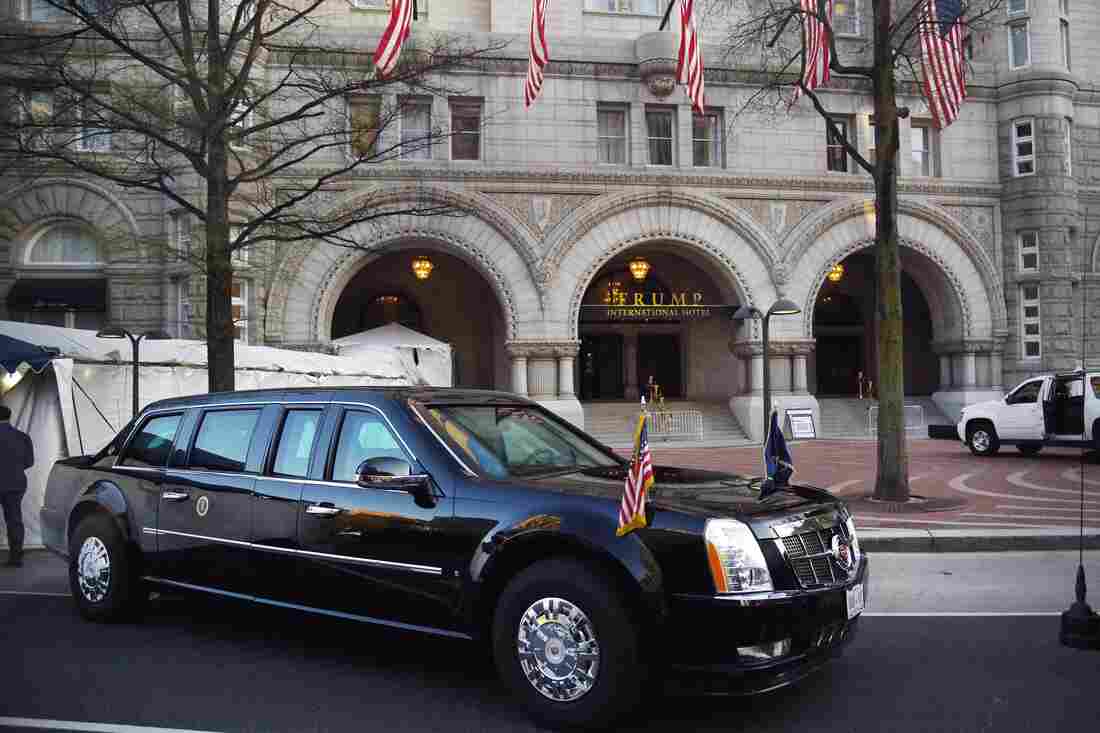 After opening shortly before the 2016 election, the Trump International Hotel in Washington, D.C., has quickly became a favorite gathering place for the president's supporters. Pool/Getty Images hide caption 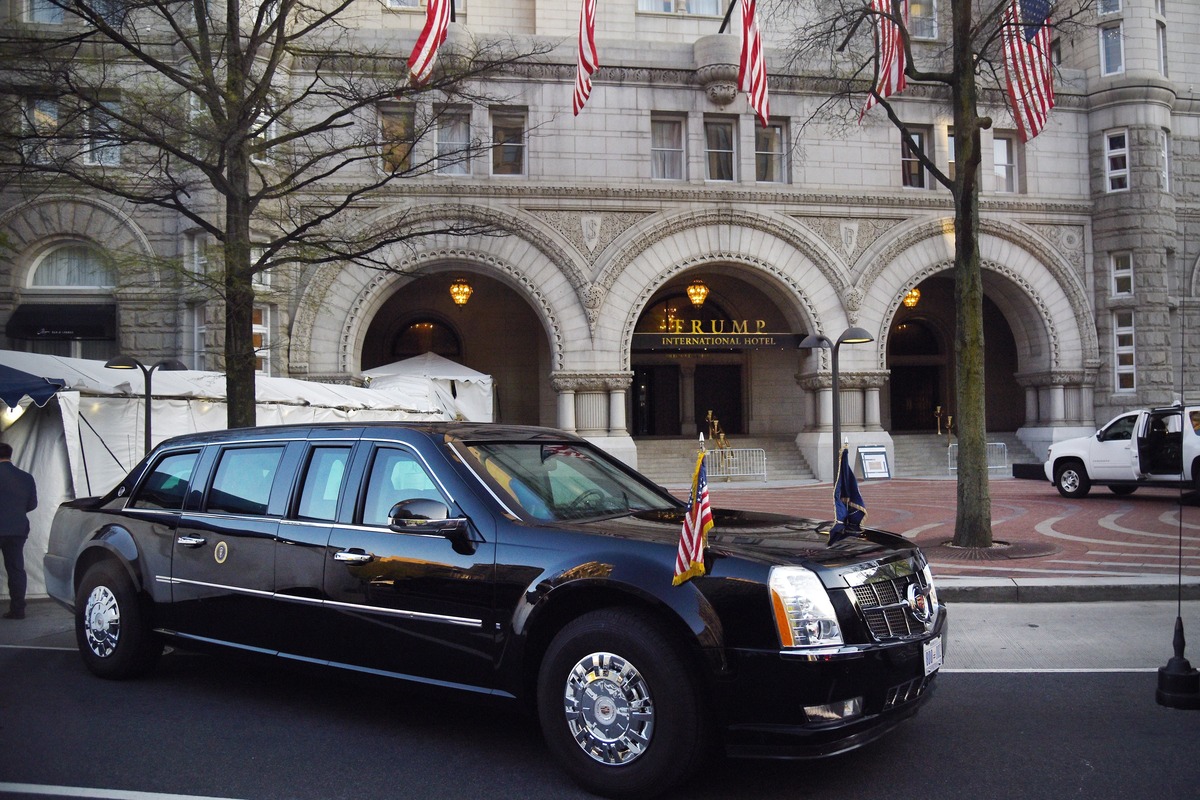 After opening shortly before the 2016 election, the Trump International Hotel in Washington, D.C., has quickly became a favorite gathering place for the president's supporters.

In a blow to President Trump, a federal judge says a lawsuit that alleges Trump's business interests violate the Constitution can proceed.

Federal District Judge Peter Messitte denied the Department of Justice's request to dismiss a case brought by the attorneys general of Maryland and the District of Columbia. The Emoluments Clause bars any president from personally profiting from his dealings with foreign governments — or even U.S. state governments.

It's the first ruling in federal court to define "emolument," which goes undefined in the U.S. Constitution's two emoluments clauses.

Messitte rejected the "cramped interpretation" of the term offered by the Justice Department. He wrote that the term applies to "any profit, gain or advantage" of value that Trump has gotten from foreign, the federal or domestic governments.

"Plaintiffs have plausibly alleged that the President has been receiving or is potentially able to receive 'emoluments' from foreign, the federal and state governments in violation of the Constitution," wrote Messitte.

Until the Trump administration, emoluments have been an obscure part of the Constitution, said John Mikhail, a professor at Georgetown University Law Center, whose research was cited in Messitte's opinion.

"I think it comes as a surprise to many people that there are terms in the Constitution, individual words that at this late date, 230-plus years into the operation of the Constitution, that those have never been authoritatively adjudicated," said Mikhail.

The judge's decision clears the way for the Maryland and District of Columbia legal teams to begin the discovery process, which could include requesting sensitive financial information from the president and the Trump Organization.

It's the second victory for Maryland Attorney General Brian Frosh and D.C. Attorney General Karl Racine, who were granted legal standing to sue Trump in March. They allege their jurisdictions are economically and financially harmed as political and diplomatic officials shift their business to Trump's downtown Washington, D.C., hotel from nearby convention centers owned by those governments.

After opening shortly before the 2016 election, the Trump International Hotel has quickly became a favorite gathering place for the president's supporters, who frequently hold fundraisers and conferences there. Foreign governments have also held events and put dignitaries up in the hotel.