Accessibility links
After Parking Lot Shooting, Florida's 'Stand Your Ground' Law Scrutinized Again Under state law, a person in fear for his or her life is justified in using deadly force to stop an attack. It has been controversial in several cases, most notably the 2012 death of Trayvon Martin. 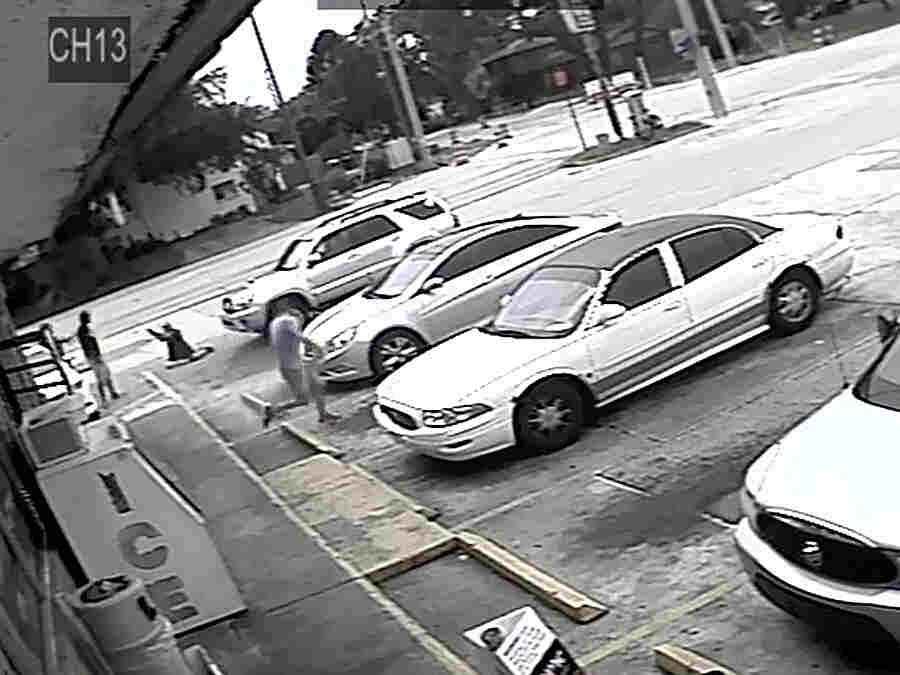 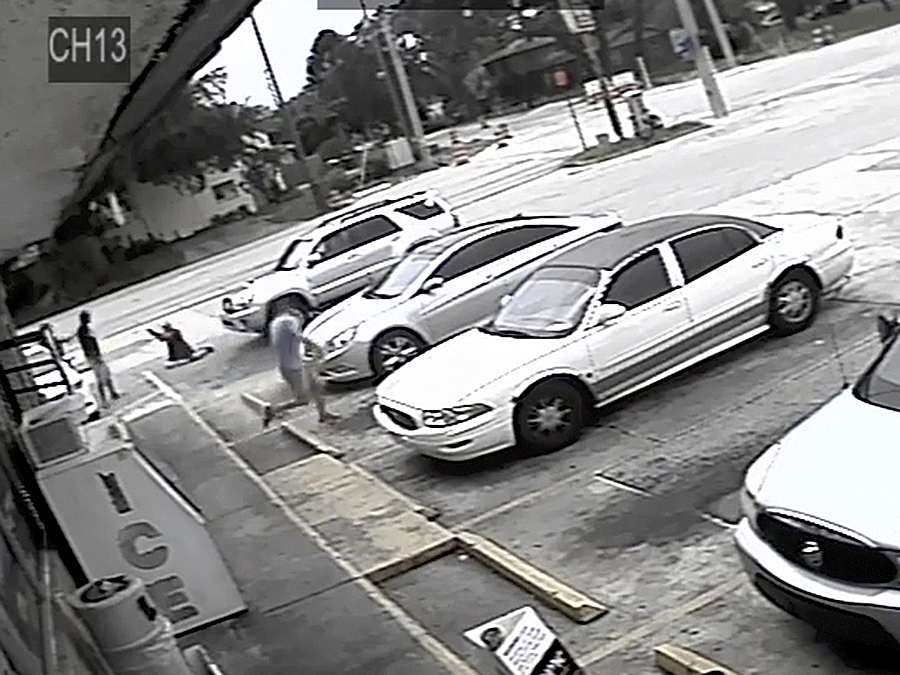 The family of Markeis McGlockton, who was shot and killed last week in a Clearwater, Fla., parking lot dispute, is calling on prosecutors to file charges against shooter Michael Drejka. The sheriff in Pinellas County, Bob Gualtieri, says deputies did not detain or arrest Drejka because of the state's controversial "stand your ground" law.

The shooting took place Thursday at the Circle A Food Store in Clearwater. McGlockton's girlfriend, Britany Jacobs, parked in a handicapped-accessible spot while McGlockton and their 5-year-old son went inside. Drejka approached the vehicle and began a heated argument with Jacobs over parking in the spot without a permit.

Surveillance video shows McGlockton leaving the store, walking up to Drejka and shoving him to the ground. Just seconds later, Drejka, who has a conceal-carry permit, pulled out a gun and fired one shot at McGlockton, killing him.

Gualtieri says, "When he was on the ground, because he was in fear," Drejka told deputies, "that the next thing that's going to happen is that he's going to be reattacked by McGlockton. And that he felt he was in peril and he needed to shoot to defend himself."

Under Florida's stand your ground law, a person in fear for his or her life is justified in using deadly force to stop an attack. Since Florida adopted the law in 2005, it has loomed large over a number of cases, most notably the 2012 death of Trayvon Martin at the hands of George Zimmerman. Neighborhood watch volunteer Zimmerman was charged with second-degree murder and manslaughter. He ultimately waived his right to a stand your ground hearing. Instead, he claimed self-defense and was acquitted.

In 2014, the law was back in the news again. In a movie theater in central Florida, retiree Curtis Reeves told another theatergoer, Chad Oulson, to turn off his phone, sparking an altercation. After Oulson threw his popcorn at Reeves, the retiree took out his gun and fatally shot shot him. So far, Reeves has been unsuccessful in claiming immunity, and a trial is set for next year.

Since it first passed in Florida, stand your ground laws have been adopted by dozens of other states.

Last year, Florida's legislature strengthened the law, shifting the burden of proof from the defense to the prosecution.

Law enforcement officers who make an arrest that is later determined to be unwarranted face legal fees and civil penalties. "One, we've got to follow the law," Gualtieri says. "Two, if we don't follow the law, we're civilly liable."

Gualtieri's department is wrapping up its investigation and will then refer the case to the state attorney for Pinellas County, Bernie McCabe, who will determine whether Drejka should be charged in McGlockton's death.

At a news conference at a church in Clearwater on Tuesday, members of McGlockton's family called on McCabe to bring charges against Drejka. Britany Jacobs says her boyfriend was just trying to protect his family from Drejka. "This man was armed," Jacobs says. "He could have killed my whole family."

Michele Rayner, an attorney who is representing McGlockton's parents, is asking McCabe to file charges. She believes Drejka isn't entitled to stand your ground immunity. After pushing Drejka down, Rayner says, McGlockton stepped back, turned to the side and was no longer a threat. "There was no imminent danger that Mr. Drejka was going to die," Rayner says. "There was no weapon that was brandished. Mr. McGlockton was not armed."

State Attorney McCabe hasn't commented on the case. After the Trayvon Martin shooting, it was two months before the state attorney in that case, Angela Corey, charged George Zimmerman with murder.