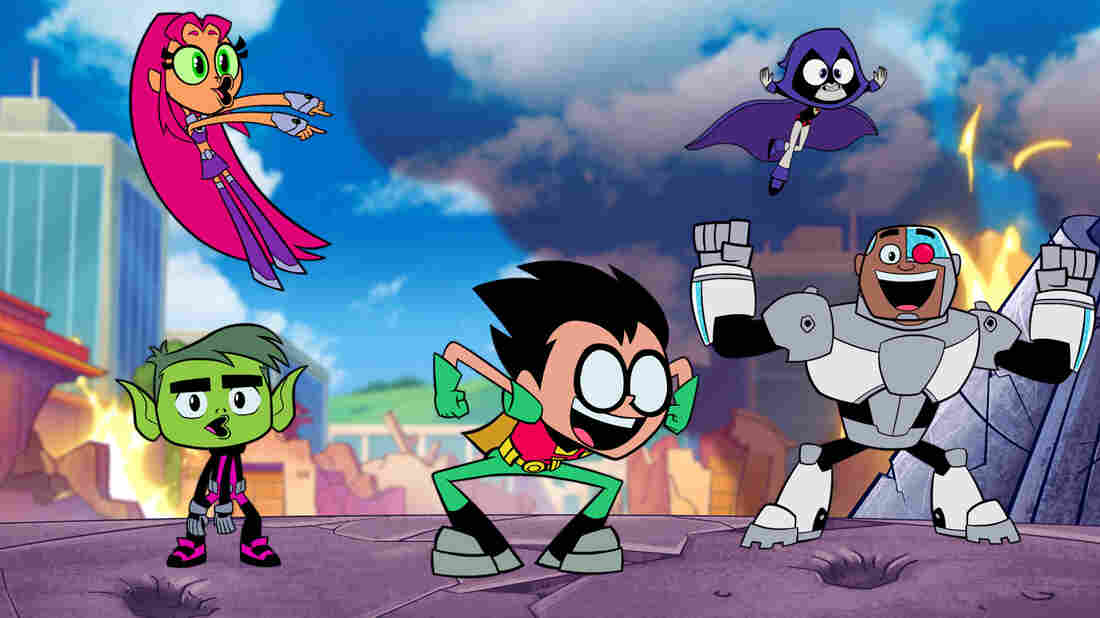 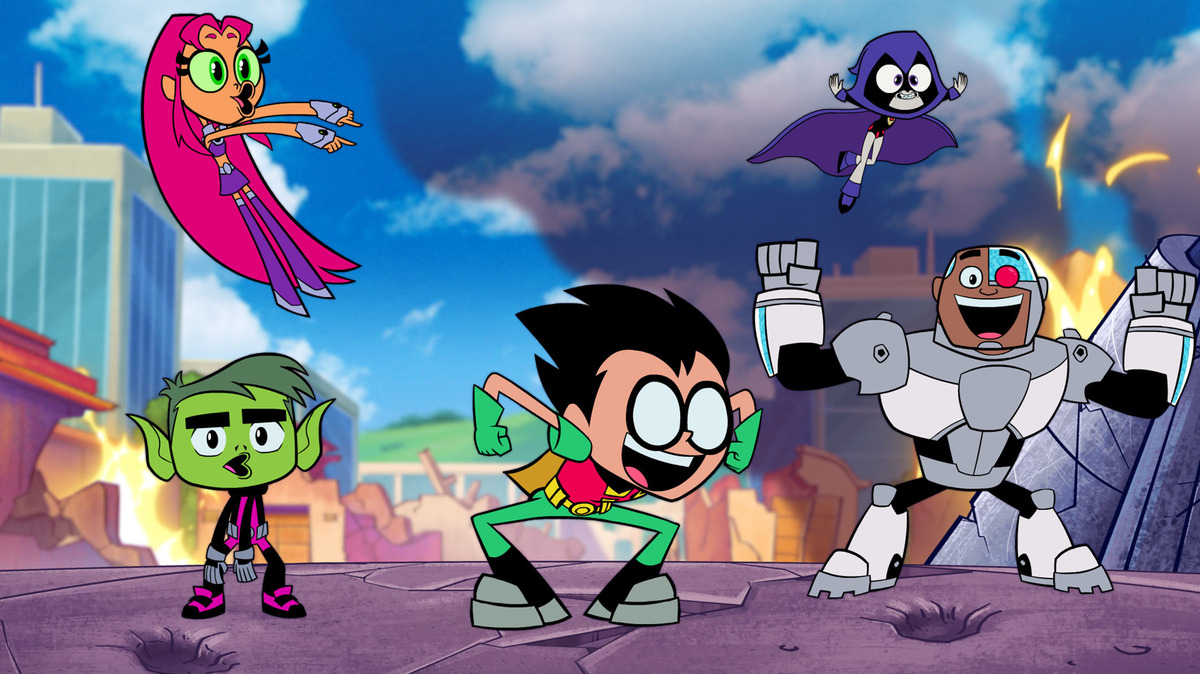 Call it the Anti-Snyder Cut.

Let's be clear: One silly animated film aimed squarely at kids won't be enough to admit light and joy into the dour, dolorous and dun-colored DC Cinematic Universe.

(We're not supposed to call it that anymore, by the way. The company announced last weekend at San Diego Comic-Con that we are to refer to it exclusively as [checks notes] the "Worlds of DC.")

(Where it always rains.)

(And if you want to ride the rides, one or both of your parents must be named Martha, and they must be at least this dead.)

The animated film in question, Teen Titans GO! To The Movies, is, well ... worlds apart from the bleak portentousness of Batman v. Superman, Suicide Squad and Justice League. It's smaller in scope and brighter in tone. Also, it's simply a feature-length version of a popular Cartoon Network series, albeit one boasting a bigger line-item for name voice-talent.

But it won't, it can't, make much of a difference to the overall emotional palette of the company's output in the long run. Not least because, just last weekend, also at Comic-Con, Warner Bros. and DC released a trailer for an upcoming live-action series featuring most of these very same characters. That series will be called simply, if more-self-consciously, Titans, and is steeped in the same hilariously rainy, gray, violent and thirsty-for-fanboy-validation mood — the same misérable-en-scene, if you will -- of the live-action Snyderverse.

But taken on its own, Teen Titans GO! To The Movies feels like a precious gift from some other, lost, idyllic World of DC — one that's sunnier, funnier and, not for nothing, fart-jokier.

In the comics, DC's heroes and villains arrange themselves across a multitude of parallel worlds with names like Earth-1, Earth-2, Earth-X, Earth-Prime and so on. If we accept this nomenclature, and we think of the sullen Snyderverse films as taking place on Earth-1, we're left to conclude that the exultantly goofy events of Teen Titans GO! To The Movies unfold on its sister, Earth-Fun.

And you don't have to squint too hard to see those events as an incisive critique of our current cinematic superhero status quo: Robin (voiced by Scott Menville) is tired of being seen as a joke, and longs to have a super-serious, badass, explosion-filled movie made about him and his team, because on fair Earth-Fun, where we lay our scene, superhero movies dominate the box office. See where they're going with this?

You'd be forgiven for expecting the film to function on two levels — broad slapstick for the kids and throwaway, easily recognizable pop culture references for the adults. That's certainly the fuel mixture that's historically driven non-Pixar animated fare like Shrek and its ilk.

While it turns out that Teen Titans GO! To The Movies also directs its humorous focus in two directions, the result is not a kids/adults split. It's a kids/nerds split.

This thing is stuffed with bits of business that are not mere references to other pop-cultural properties, as in films like Antz ("YOU DA ANT!") or Deadpool 2 (the entire script, basically). No, these are actual jokes, which are steeped in a profoundly esoteric knowledge of, and affection for, the very deepest recesses of DC Comics' deep-bench character rosters.

Case in point: DC's Challengers of the Unknown (a team of brave explorers who don't have superpowers but who do have matching, kicky purple jumpsuits and white boots that were made for explorin'; they were a thing for a hot minute in the '60s) turned up a few years back on an episode of Cartoon Network's Batman: The Brave and the Bold, a series which shares this movie's predilection for yuks. But that episode played it straight with them. Here, they're used in ways too ruthlessly good to spoil, to delineate one character's life choices — and to be the butt of the joke.

Speaking of butts: There are a lot of them on display — and when they're not passing gas, they're flexing and wiggling in time to the soundtrack. The Titans have their own fight song, see, and an upbeat inspirational song about life called the Upbeat Inspirational Song About Life (which is performed, inevitably, by Michael Bolton), along with several other tunes.

As the Titans face off against the evil mercenary Slade (played by, wait for it ... Will Arnett), they're joined, briefly but memorably, by iconic heroes who've never bothered to turn up on the TV show like the Atom (Patton Oswalt), Green Lantern (Lil Yachty), Wonder Woman (Halsey) and Nic Cage.

The characters' — and the filmmakers' — casual irreverence toward several basic tenets of superhero fiction in general and DC Comics lore in particular is both welcome and long overdue in our current culture of toxic, frothing nerdrage. It drew several astonished gasps at the screening I attended.

For the record, the kid sitting next to me (I didn't get his name, but statistically, it was probably Bryden) was all-in for the butt-jokes, but neither he nor his dad reacted at all to the AP-level DC Comics History gags. The nerd sitting in my seat, however, ate them up. Some of those aforementioned astonished gasps? Came out of me.

In my defense: There's something thrillingly transgressive about watching the Titans play fast and loose, to great comic effect, with that most sacrosanct, bedrock element in any of DC's multitudinous Worlds: the murder of Bruce Wayne's parents. I won't say how it does so, but if this silly, silly movie accomplishes nothing else, it has rendered it utterly impossible for anyone to depict Batman's origin onscreen, ever again, with a straight face. The alley, the gun, the pearls, all of it — it's over. It's cancelled. It's done.

For that, and that alone, Teen Titans GO! To The Movies, in all its glorious dumbth, deserves a place in film history.

Scratch that — in history. Oscar, schmoscar; let's start putting some feelers out to the frickin' Nobel committee.