Accessibility links
An Aging Philip Marlowe Returns In 'Only To Sleep' Lawrence Osborne's new Marlowe novel brings us a version of the gumshoe in his 70s, lonely and slow, looking into another mysterious death. It's a book that seems simple, but hides cavernous depths.

An Aging Philip Marlowe Returns In 'Only To Sleep'

An Aging Philip Marlowe Returns In 'Only To Sleep' 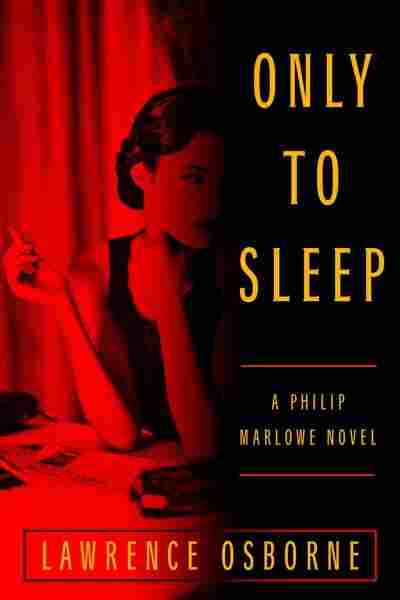 How odd it is to step into another writer's shoes. To pull on the suit of his most famous character and dance around in it for a little while. You gotta have a reason to do something like that. You've gotta be, for lack of a better word, invested.

Lawrence Osborne has done some amazing things with words. He's made a hard, sharp name for himself doing his own thing — telling morally gray and existentially terrifying tales about men and women loose in the world's far places, and merciless, personal nonfiction. But with Only To Sleep he has borrowed the style of Raymond Chandler and the body of Philip Marlowe. "A perilous thing," he says of such literary necromancy in his author's note. And he's right.

You read the first five pages of Only To Sleep, the first ten maybe, and, if you're a Chandler fan (which I am, though not as obsessive as some), you'll be pissed. Not hugely, but a little. You can see, in the arrangements of commas, the pauses, the clipped and bittersweet rhythm of the ink on the page, someone doing a pretty good Chandler impersonation.

But you can see the impersonation, and that's the problem. Again, if you're annoying like me and pedantic like me, and overly (one might say professionally) critical like me, there are these little barbs of tempo that catch at the skin around your eyes or the back of your throat and jerk you out of the pretty world being assembled.

But then the first chapter closes. Old Marlowe (in his 70's now, retired, living slow and blankly and alone in a house on a beach in Mexico) has gotten his call to adventure in the shape of two insurance men who want him to look into a mysterious death. And Osborne walks off with a paragraph that might be one of the most beautiful things I've seen in a year. "It came from out in the tempest, even from the lights of the fishing boats a mile out at sea," he writes.

You can be called to a last effort, a final heroic statement, because I doubt you call yourself to leave comforts and certainties for an open road. But the call is inside your own head. It's a sad summons from the depths of your own wasted past. You could call it the imperative to go out with full-tilt trumpets and gunshots instead of the quietly desperate sound of a hospital ventilator. Victory instead of defeat. You know that it will be the last time you ride out of the gates fully armed and that makes you more curious than you have ever been.

Never mind a year. That is up there among the most beautiful paragraphs on record. Doubly so because it is the moment where Only To Sleep stops being "a Philip Marlowe novel" (as it says right on the cover) and starts being a Lawrence Osborne novel that just happens to feature Philip Marlowe.

'Hunters' Is A Dark, Elegant Tale Of East And West

That paragraph is both Chandleresque to its bones (the odd constructions, the ping-ponging of near-stream-of-consciousness, the mythic, sad framing) and pure Osborne. It is the moment where he stops pretending and just lets it rip.

The Tawdry Ballad Of A Man, A Casino And A Game Of Chance

Osborne gets Chandler's belief in Marlowe as a knight-errant (again, read the author's note). He gets the dreaminess that defined the best of Marlowe's moments — solutions to cases that never solved anything; long, drifty middles where no one (and least of all Marlowe) understood anything that was happening save breathing, bourbon and the weather. He melds his own fascination with rich, white dimwits abroad and Chandler's championing of Everyman doggedness in a perfect cocktail, neat, no ice. And that page 10 paragraph? It isn't the last example of wild, extravagant, counterpunching beauty: "I had sat at a window like this in 1971 and watched the sugar trucks go by and wondered why my hands looked so old before their time."

The story is simple in the way that all gumshoe novels ought to be. A rich white guy dies while swimming in Mexico. His insurance policy pays out a couple million to his too-pretty young wife. Two men in dark suits, suspicious of such costly coincidence, ask Marlowe to take a look. He does. End of book.

It's the kind of book where, when you read it, it turns the world to black and white for a half-hour afterward. It leaves you with the taste of rum and blood in your mouth. It hangs with you like a scar.

Like all great gumshoe novels, there are cavernous depths there that only look shallow from the surface. It is simple only for those who bring nothing with them when they open the cover. Only To Sleep is a story about age and regret and murder. About the American Dream. The Mexican Dream. About never being able to let go of the past, and how little the present cares for your sad nostalgia. There are, I would wager, not more than a hundred sentences in this thing that mean only what they say. And Osborne's sentences (like Chandler's sentences) are often brutally short. It's the kind of book where, when you read it, it turns the world to black and white for a half-hour afterward. It leaves you with the taste of rum and blood in your mouth. It hangs with you like a scar.

Most important, it gives Philip Marlowe a sunset to walk off into. Or limp off into, leaning on his sword cane, thinking slow, deep thoughts as he goes. And like the best Chandler twists, that is one thing that maybe no one saw coming.